The Kyrimai Hotel is located in the Mani region of the Peloponnese, famed for its Byzantine churches, charming fishing villages and rugged landscapes.

The hotel has just 22 bedrooms and suites, built in what was once a 19th century customs house and associated buildings built right on the water's edge. Needless to say no two rooms are alike but all are stylishly done up with exposed stonework on show and eclectic antique furniture and working fireplaces throughout.

Breakfasts are served on the decking overlooking the sea, and the restaurant - in the old customs warehouse - is overseen by Michelin-starred chef Yiannis Baxevanis, who celebrates and updates classical Greek dishes such as shrimp risotto sagnaki with feta cheese and basil.

The hotel is in the lovely Mani region of the Peloponnese, and within easy reach of several pretty villages and medieval towers and churches. The hotel is also near the southern tip of the Tainaro peninsula, where the Ionian Sea meets the Aegean. 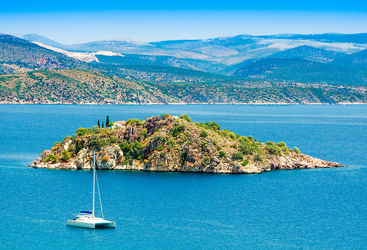 Honeymoon Trip to the Peloponnese

The Peloponnese has long been one of our favourite lesser-known areas of one of our all-time favourite destinations, Greece. Combining the best...
10 Days
From £2,515pp 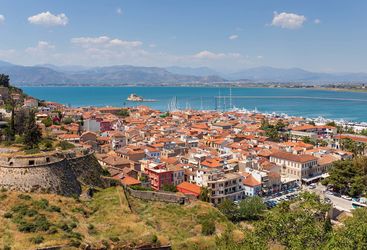 This action-packed, six-day trip to the glorious Greek Peloponnese has it all. Based in unspoilt, wild and mountainous Arcadia, you'll get to...
6 Days
From £1,590pp 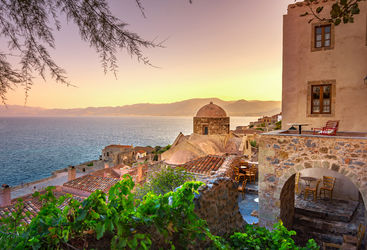 Wild, authentic and drop-dead beautiful, the Peloponnese is the perfect place to get away from the crowds and experience a real taste of Greece....
8 Days
From £1,560pp 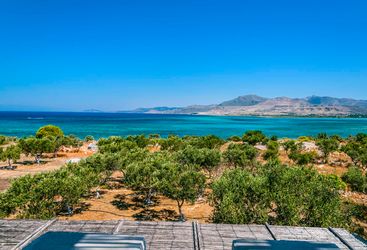 A short honeymoon, but an undeniably luxurious one. Spend a couple of days in Athens before heading to the Peloponnese peninsula and dining on...
6 Days
From £3,715pp 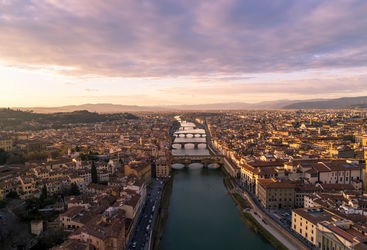 Over the next six weeks you will travel through Italy via train, stopping off to learn more about regional and national cultural identities and...
41 Days

Other Places to Stay in Peloponnese 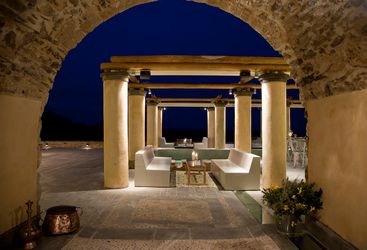 Four miles from the vast rock citadel of Monemvasia, Kinsterna Hotel & Spa was once a medieval manor house that has been lovingly converted into...
Find out more Add to Ideas+ 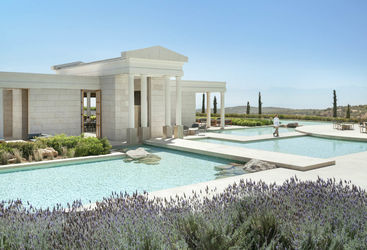 Amanzoe sits in olive groves overlooking the glistening Aegean Sea and Spetses Island, and within easy reach of the fun town of Porto Heli.
Find out more Add to Ideas+ 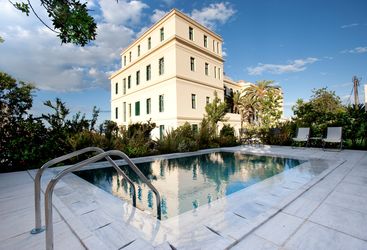 The Poseidonion Grand Hotel is a small slice of the French Riviera on the sophisticated Greek holiday island of Spetses, one of the four Saronic...
Find out more Add to Ideas+ 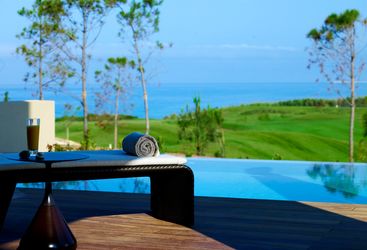 The Costa Navarino development has the immaculate Sardinia’s Costa Smeralda region firmly in its sites. The pitch is pretty much identical...
Find out more Add to Ideas+ 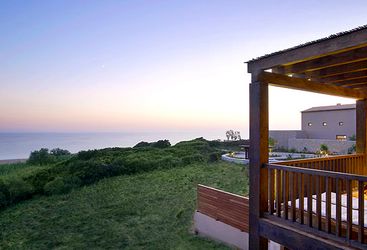 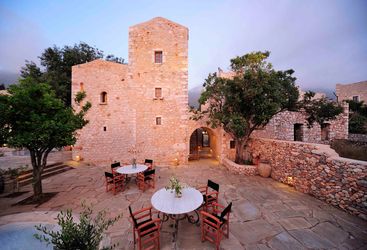 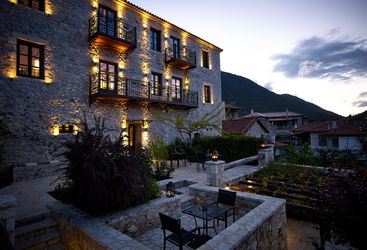 Lying in the foothills of Mount Mainalon and surrounded by the striking natural beauty of the Peloponnese, is the family-run boutique Villa Vager...
Find out more Add to Ideas+ 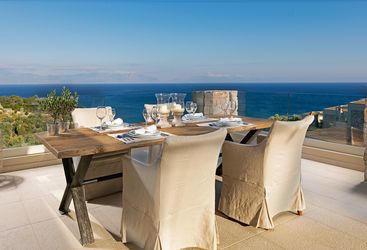 Camvillia Resort is a five star boutique hotel in the south-west region of Messenia that offers unobstructed views of the Messenian Gulf, perfect...
Find out more Add to Ideas+
Load more

Kate L is our 'Kyrimai' expert and as a seasoned traveller has the inside track on the most memorable adventures.