Until the 1990s wild dogs were actively hunted and culled because they were considered a type of feral dog rather than an independent species. Today there are only an estimated 6,000 to 7,000 individuals left in the wild, but fortunately awareness has risen over the last few years, thanks in no small part to that stunning bird's eye view sequence of them hunting in the BBC's original Planet Earth series. Wild dogs remain susceptible to disease, but conservation efforts are having a positive impact, with many different meta-populations becoming established in new reserves across east and southern Africa. 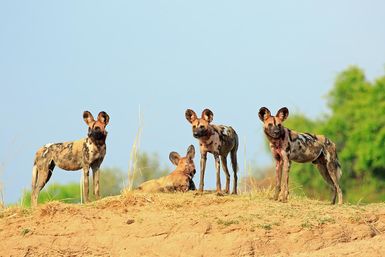 Wild dogs are extremely sociable, tactile pack animals and when it comes to hunting prey, their cohesion and cooperation is probably the finest example of teamwork in the bush. This in turn explains why they have the highest hunt to kill ratio - around 80% - of any larger carnivores anywhere in the world. 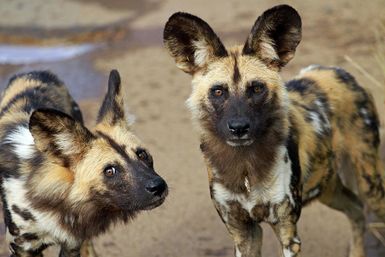 Each pack is run by an alpha pair who are the only ones to breed and who are almost always to be found together. The rest of the pack help to rear their pups, in part by devouring a portion of any kill, going back to the den and regurgitating it for the pups before they then eat themselves. 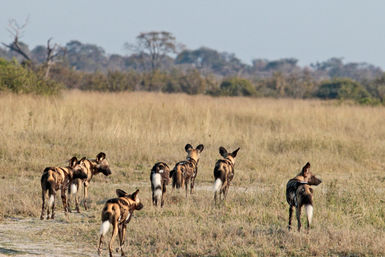 Because wild dogs are such efficient hunters they need a very large territory, and hunt their prey by running them down until they die of exhaustion or a heart attack. They often kill multiple times a day, especially if the pack is large and they have pups.

"If impalas notice predators such as lion or leopard whom they know they can outrun, they will stand and make an alarm call, notifying the other animals in the herd. If they see wild dogs, they just bolt."
Isabel de Galleani, Africa Specialist 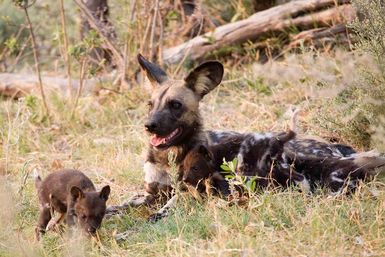 Wild dogs make for amazing game viewing because of their highly active lifestyle, and when they have pups they den for a few months a year so are more sedentary and easier to find. 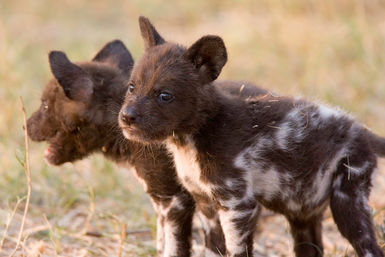 For the best chance of seeing wild dogs while on safari, we would suggest heading to either the Kwando Concession or Moremi Game Reserve in Botswana.

"Thanks to the success of the Carnivore conservation programme in South Luangwa National Park, there is now a good chance of spotting wild dogs here."
Katie Dalrymple-Hamilton, Africa Specialist 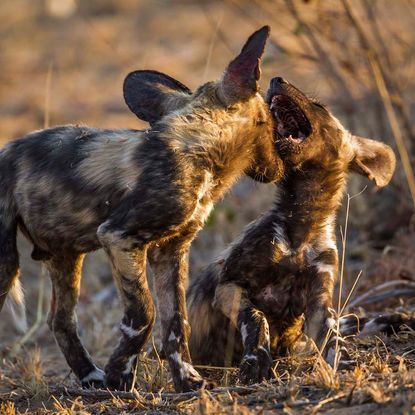 Average lifespan of a wild dog

Speed a wild dog can run at full tilt

Size their territory can be

Isabel and Charlotte C are our 'Wild Dogs' experts and as seasoned travellers they have the inside track on the most memorable adventures.