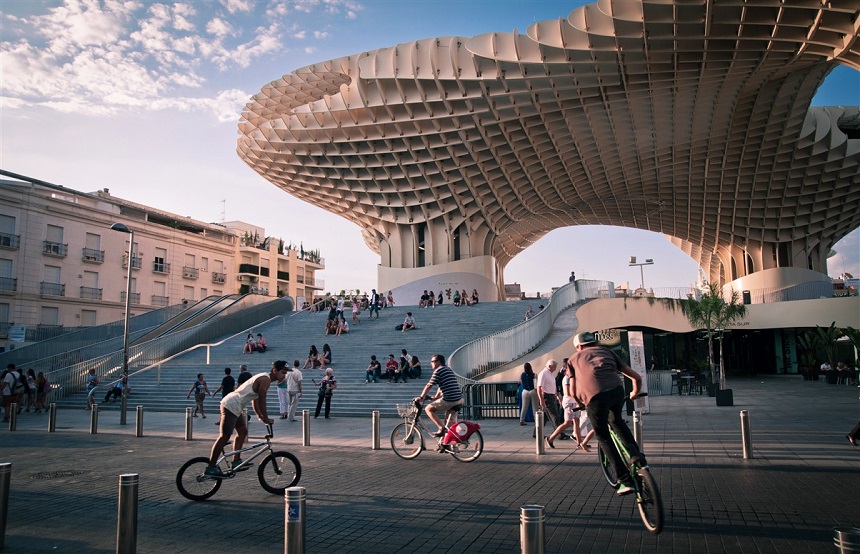 At the moment, the thought of popping to the continent for a weekend break in Europe seems like a distant dream, but the time will come when European city breaks become a reality once again. Read on for our top picks for where to head when that time comes…

2020 saw Venice - along with many other tourist hotspots around the world – emptier than it has been in decades (remember hearing rumours of dolphins in the canals back in March ?). While the city is unlikely to ever be that empty again, it will probably be a while before the masses return, as long-haul tourists will take longer to trickle back in than European visitors. So make the most of this short window in time and travel to Venice in 2021 for your crowd-free European city break.

Thanks to Seville’s southern location, the city is still wonderfully warm all the way into the autumn, which means there is a lovely long window to sneak in a sunny weekend break, even if travel restrictions persist in the spring. Seville is also one of those European cities that feels exotic, with Moorish architecture that makes you feel as if you could be in northern Africa (and you almost are). See hints of Islamic culture throughout the city’s architecture on private walking tours, while simultaneously sipping on sangria and feasting on tapas to remind yourself that you are in fact in Spain.

Avoid the inter-family arguments over whether to go for a city break or a beach escape by enjoying a two-in-one holiday in the Medieval city of Dubrovnik on the Dalmation Coast. Here, you can spend the mornings soaking up the historic and cultural sites of the city on tours with a local guide, and the afternoons kayaking or sailing along the coast and around the neighbouring Elaphiti Islands. Or, for the less energetically inclined, spend the afternoon lying by the hotel pool or sampling local delicacies in a harbourside restaurant.

2020 has made many of us think even more than before about the impact of our travel habits on the environment. If you fit into this category, but are also a big fan of European city breaks, may we present Lisbon. Lisbon was crowned the ‘European Green Capital of 2020’ thanks to its fantastic urban sustainability efforts. These include discouraging the use of cars, and prioritising cycling, public transport and walking. We can arrange for you to  explore this eco-city by electric bike (to help you out with those pesky hills), on foot, or onboard the iconic yellow trams. It also helps that we offset 100% of the carbon from all of our clients’ flights, so you don’t have to feel guilty about your journey there either.

Another option for environmentally conscious travellers is Stockholm, another previous winner of the European Green Capital back in 2010. The city is well on its way to producing all of its energy from renewable sources and all trains and inner-city buses run on renewable fuels. This city is lovely in both summer and winter – visit in the depths of winter for a snow-covered winter wonderland (its brilliant Christmas markets make this the perfect festive city break), or head to Stockholm in the summer to explore the archipelago by kayak before indulging in some local delicacies. The city can even be reached by train from the UK via Hamburg and Copenhagen, so you can make this a true eco-friendly European city break.