The Deep South offers an entirely different - yet no less quintessentially American - experience, this time permeated with music. Nashville was the birthplace of country, the Mississippi Delta to the blues, soul and a certain Elvis Presley and New Orleans to jazz. Incidentally, New Orleans also claims to have invented the cocktail, and the Deep South certainly offers an intoxicating blend from mint juleps to magnolia trees and folklore to fable, all washed through with that famous hospitality.

With the devastation caused by Hurricane Katrina disappearing in the rear view mirror, and with new direct flights from BA, we think New Orleans should be the starting point for any exploration of the Deep South. The food is sensational, and we can advise on the best places to consume the finest examples of those southern staples of gumbo (a spicy stew made with pretty much whatever ingredients the chef chooses), jambalaya (paella's American cousin) and beignets (delicious deep-fried pastries). Add into the cast iron cooking pot an all-pervasive jazz and blues soundtrack, a soupcon of voodoo juju and creole culture, a pinch of nightlife like nowhere else and a healthy slug of liquors to fuel those nights out, and the new New Orleans is an intoxicating brew. If you can drag yourself away from the city visit quintessential plantation houses and The Bayou, Louisiana's iconic swamps and wetlands. The waterways of the Barataria Preserve are within easy reach of New Orleans and full of alligators.

While New Orleans works well as a destination in its own right, we strongly recommend hitting the road to get a deeper cut (appropriately enough a musical term for an artist's less well known songs - often B-sides) of appreciation for the Deep South. Head cross country (Mississippi to be precise) to Memphis and then Country capital Nashville in Tennessee. The Country Music Hall of Fame and Ryman's Auditorium are absolute must-sees for any budding Kenny Rogers, but driving the Natchez Trace Parkway and canoeing the Harpeth River are also great experiences.

More big country awaits in the Great Smoky Mountains National Park straddling the border with North Carolina, and named for the fog that sometimes shrouds the mountains of this UNESCO World Heritage Site and Biosphere reserve. Don't worry - despite the occasional fog there's plenty to see here. This hugely diverse ecosystem consists of spruce and hardwood forest covered mountains, meadows, coves and valleys that were once home to Cherokee Indian communities and are now the preserve of the largest density of black bears in the eastern USA. The National Park is a great spot for walking on many of the well-marked trails, with areas such as Cades Cove famed for their natural beauty and a number of 19th Century settlers' homes. Visitors can also rent mountain bikes to explore, while the Smokies (as the Park is affectionately known) is also home to a staggering 1500 types of wildflower, with many - thoughtfully - in bloom throughout the months (April to October) when most people visit.

From here you can head south to Atlanta, the South's great airport hub, or extend your fly drive Deep South trip to take in the other (South) Carolina and some coastline. Charleston is one of the Southeast's most charming cities, with well-preserved colonial architecture, green spaces full of tropical palms and fragrant jasmine and honeysuckle. Taking time to amble around the streets of Charleston is much of the appeal, as is the colourful civil war history at sites such as Fort Sumter, where the first shots were fired. Charleston is also blessed with some fantastic restaurants, so loosening your belt buckles and relaxing riverside with a cool beer and some hearty southern cuisine is an absolute must. Nearby, as the first settlement of the British colony in Georgia, and later at the heart of plantation agriculture and the slave trade in the 18th century, the town of Savannah has a rich history. It's also easily one of the more beautiful southern cities, but unlike more elegant Charleston, Savannah lacks a little grace but knows how to have a good time, like a mini New Orleans.

And so to Georgia and Atlanta, a sprawling city of over five million souls. Known as the 'capital of the south', this progressive city has left its leisurely Southern past in the dust as it expands at a rapid rate, and can also proudly boast of its status as the hometown of Martin Luther King. Enjoy one last blast of southern comfort thanks to a multitude of fantastic restaurants and museums celebrating African American history and more before flying home, no doubt with a determination to revisit one of the most intriguing regions on earth. 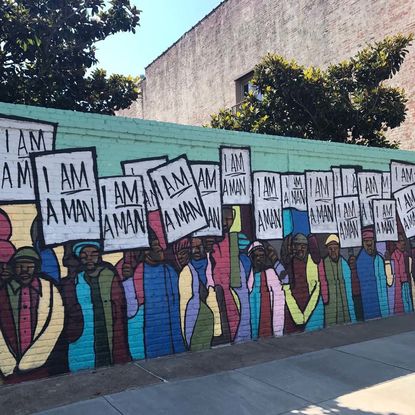 Discover five centuries' worth of history and learn about the milestone events and figures of the civil rights movement at the National Civil Rights Museum in Memphis. The museum is built around the Lorraine Motel, where Martin Luther King was assassinated in 1968, so you can see the balcony where he was shot and learn about the continued impact of his legacy. 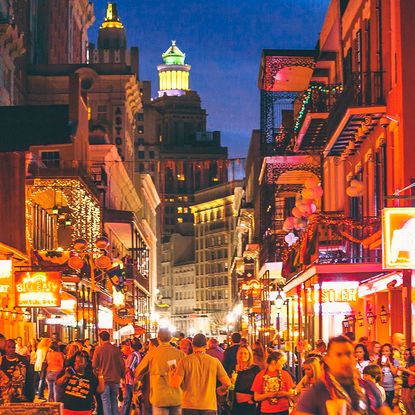 Explore New Orleans' French Quarter on a guided tour. Often referred to as the Crown Jewel of New Orleans, it's the oldest neighbourhood in the city with architecture to show it. Stroll down Royal Street, ducking in and out of art galleries and antique shops as you go; head to Bourbon Street to find the life and soul of the party; and enjoy plenty of live jazz, of course. 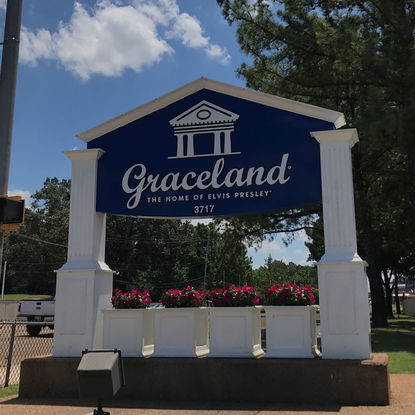 If You Do Three Things
3
Visit Graceland: Home of the King

Visit the home of Elvis Presley himself at the Graceland Mansion in Memphis, which offers an unrivalled glimpse into Elvis's personal life, with guided and audio tours available. Explore his beloved home, learn about his roots and influences, and soak up some serious 70s vibes with the mansion's authentic décor. 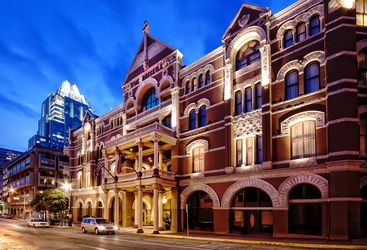 The Driskill is Lone Star State luxury distilled. Built as a glory palace by a Texas Cattle Baron, it has retained all of its 19th Century Deep...
Find out more Add to Ideas+ 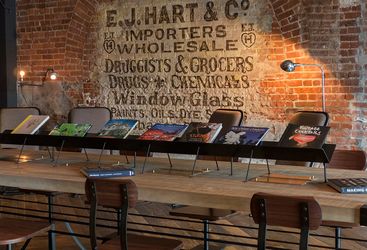 New Orleans is surprisingly lacking in the chic boutique hotel department, but that’s immaterial when what’s on offer is as good as the new...
Find out more Add to Ideas+ 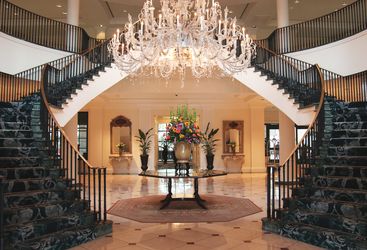 The Belmond Charleston Place sits at the heart of Charleston’s historic district, offering luxury accommodation brimming with the latest technology,...
Find out more Add to Ideas+ 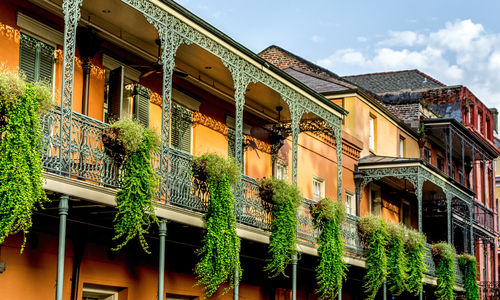 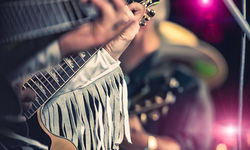 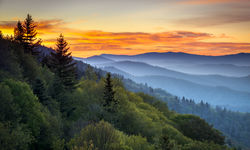 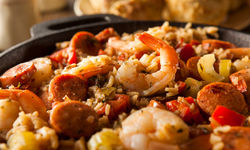 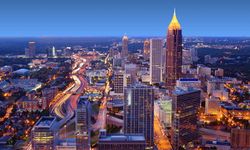 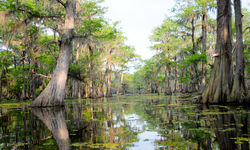 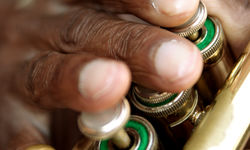 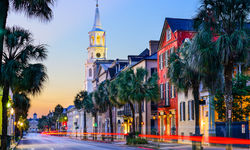 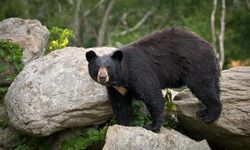 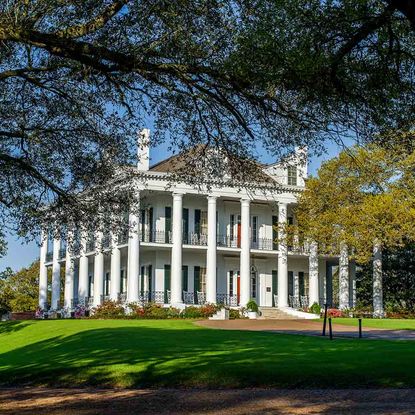 To get even deeper in to the Deep South, beyond the trio of Nashville, Memphis and New Orleans, head to the historic little town of Natchez, slightly north of New Orleans. It is one of the oldest settlements on the Mississippi river, filled with characterful buildings, museums and charming B&Bs. The historic mansions, known as antebellum homes, have been converted into museums to showcase the region's rich history.