A fun Réunion. We're just back from a research trip to Réunion, and it's fab. A former French colony, this tiny Indian Ocean island is a half hour hop from the 'fly and flop' classic that is Mauritius. While her neighbour is all about immaculate beachfront hotels, Réunion is more about the island itself.

500 miles east of Madagascar, Réunion is dictionary definition verdant, with every inland inch sprouting something green. That is, except where giant lava flows have left great black reminders that this volcanic outcrop is very much alive and spouting. There are five calderas in total, including the two lava spewing volcanoes - the Piton de la Fournaise and the Piton des Neiges - and as you'd imagine this is serious walking country. The French have a passion for promenading, and there are several Grand Gandonee routes across and around the island. There are plenty of other ways to explore the dramatic landscape, too - take your pick from helicopter, paraglider, canyoning or on horseback. Coastal activities include snorkelling, diving (which is far better here than off Mauritius) and surfing. Should the mood take you, you can even lounge about on one of the many beaches that encircle the island.

One last thing - the food, as you'd expect from a French départment, is uniformly excellent from the hotel croissants to some excellent restaurants serving creole cuisine. Sales pitch over and out. 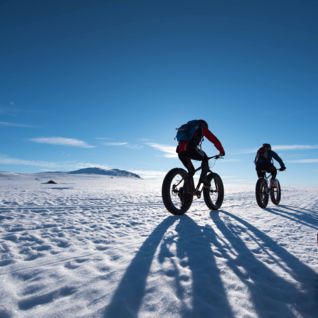 The advent of a new year often brings with it rather lofty ambitions of transforming oneself into a fitter, healthier, more cultured, better organised and generally super-charged version of the previous year's self: new year, new you and all that jazz. And by about now those ambitions have… 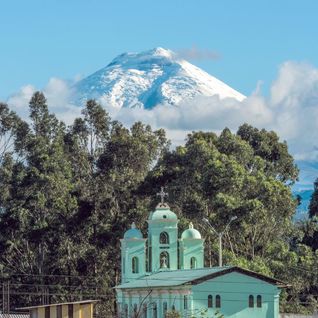 Climb the 'Neck of the Moon'... Contrary to popular belief, Ecuador is more than just a staging post for trips to the Galapagos Islands. In fact it's a mighty fine destination in its own right.