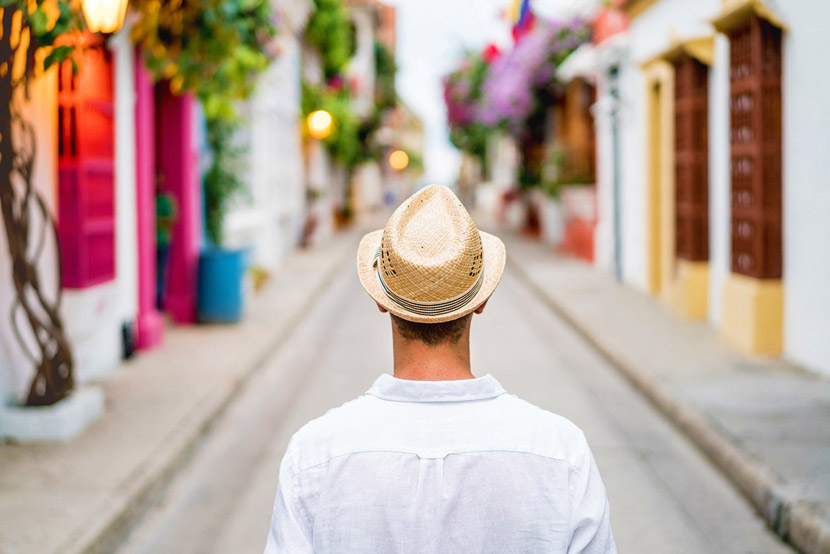 Sometimes, being selfish isn't such a bad thing, and packing your bags and jetting off on a solo adventure is, arguably, one of those times. Travelling on your own is the best way to do exactly what you want to do; no waiting for someone else, missing out on an activity, or - even worse - enduring an activity you didn't want to do in the first place. Whether this is your first time venturing off on your own or simply the latest in a long list of solo holidays, here are our best solo holiday ideas...

For the Soul Searchers... Portugal

Time and time again Portugal has been crowned one of the friendliest and most hospitable countries in the world, making it an obvious choice for a solo holiday. The country is also the perfect destination to get away from it all; for example, while most cities have populations in the millions - London has 8.9 million, Paris 2.1 million, Madrid 6.5 million, and Rome 2.9 million - Portugal's capital Lisbon has a perfectly petite population of 500,000.

Take a journey to the south of Portugal to marvel at the blissful beaches of the Algarve. Join a kayak or paddle board tour to explore isolated beaches hidden within caves that are only accessible from the water, or learn to surf the welcoming waves. To compliment your active days, there is an array of luxury accommodations on the hillside to relax in come evening, boasting awe-inspiring views and providing the ideal venue to lie back, relax and soak up the sun.

With good infrastructure for eating, sleeping and moving around the country, as well as a wealth of activities to get involved in, Indonesia is extremely popular for solo travellers. Indonesia's main tourist destination is Bali, but the country is made up of more than 17,000 islands, so why stick to just one? The islands encompass epic landscapes and beautiful white-sand beaches, perfect for relaxing and unwinding. However, being a multi-island country, it is naturally the water that get the biggest attention, from dreamy dive spots (some of the best in the world) to magnificent marine life.

If you're already PADI-qualified, consider staying on a liveaboard and exploring Raja Ampat. Liveaboards are a great way to meet people during your solo travels - you'll be on board a vessel with a group of like-minded people, exploring fantastic dive sites which are only accessible by cruise. At the end of your voyage, not only will you leave with enviable photographs, you'll also have created a whole new group of friends.

For the Brave... Colombia

Colombia is a classic 'don't judge a book by its cover' destination, or, in this case, by its history. Colombia's jagged past puts many people off travelling there entirely, but the country has so much to offer that you'd be doing yourself an injustice by writing it off completely. The musts when visiting this intriguing South American spot? The Lost City, Cartagena, and Medellin.

The Lost City is a remote ancient city hidden away in Colombia's Sierra Nevada mountain range which is believed to be a whole 650 years older than the better-known ancient city of Machu Picchu in Peru. To visit this relic, join a four-, five-, or six-day tour in which you will hike to the impressive site. Although incredible, it's not for the faint hearted - you'll be sleeping in hammocks, carrying your own belongings, and climbing some seriously steep paths; you will need to be physically fit but the journey will leave you with unforgettable memories.

Cartagena is the sweetest little city filled with cobbled streets, quaint coffee shops, colourful terraced houses and picturesque plazas. The city is ideal for exploring on foot, or you can travel further afield and take a day trip to the Rosario Islands. Medellin, on the other hand, is a much bigger city, and in recent years has drastically remodelled itself into a vibrant, lively and colourful hub and been awarded the world's most innovative city. Take a guided tour of the notorious Comuna 13 with its chequered past to admire bold and expressive street art and learn about the remarkable turnaround this city has had through drastic urbanisation and gentrification.

Want to know more about solo holidays? Get in touch for some more information.