The Sarawak region covers the majority of northern Borneo, until it meets Sabah in the north east. Here you'll enjoy some of Malaysia's richest and oldest culture and can also have truly off the beaten track wildlife encounters with the likes of orangutans, hornbills and proboscis monkeys.

Sarawak is a melting pot of ethnic tribal groups, including the once-fearsome Headhunters of the Iban tribe and the Bidayuh people. Many Iban and Bidayuh people still inhabit traditional 'longhouses' which consist of a wide communal corridor lined with doors leading to private living quarters housing each family. Sarawak was also the setting for a curious episode of colonial history - once been ruled by the Brooke family, known as the 'White Rajahs' - for over a century prior to Malaysia's independence.

The state of Sarawak is known as 'Land of the Hornbills' in reference to the many species of beautiful hornbill birds that inhabit the region. The regal rhinocerous hornbill in particular is an auspicious emblem for the Iban tribe. Birding aside, the Semenggok Orangutan Sanctuary provides an opportunity to see the beautiful, endangered orangutan in close proximity, while the Bako National Park is home to all manner of wildlife, from the endemic proboscis monkey, to grey languar, pit vipers and wild boar.

The other feather in Sarawak's beautifully plumed cap is the Mulu National Park. Mulu is home to the second largest cave in the world; it held the world's largest title until Vietnam's Hang Son Doong swiped the title early in the 21st century. Spend days exploring the caves on foot and by boat, and marvelling at the bats of Deer Cave - over 3 million exit the cave at dusk daily. 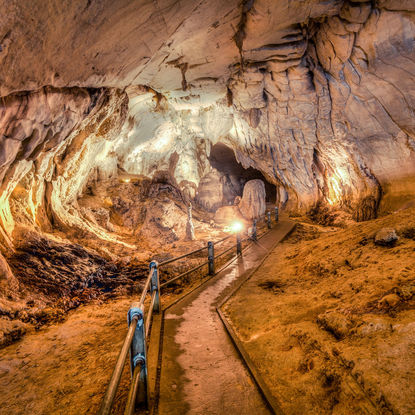 If You Do Three Things
1
Mulu National Park

The most studied tropical karst area in the world, Mulu National Park in the state of Sarawak, is the place to go for caves. With at least 180 miles of explored caves and one of the largest known cave chamber in the world, this underground maze is home to millions of cave swiftlets and bats. Above ground, Gunung Mulu is a 7,798ft high sandstone pinnacle surrounded by a whopping 17 vegetation zones. 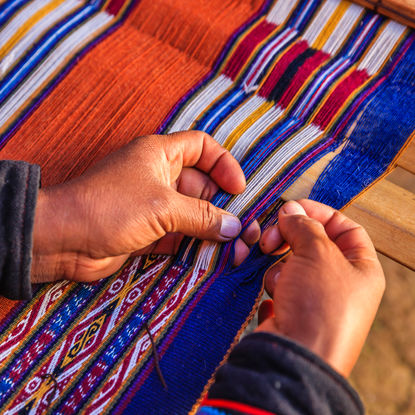 If You Do Three Things
2
Songket Weaving

Sonket, a fabric hand-woven in silk or cotton and intricately patterned with gold or silver threads, is an important part of the traditional cultural heritage and national identity of Malaysia. Visit Tanoti House and experience a special weaving workshop with a community of women weavers who are dedicated to preserving the craft. Have a go at designing and making your own fabric and then bring it home as a souvenir. 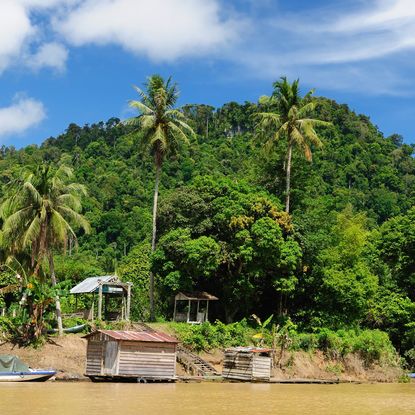 If You Do Three Things
3
Kayak To A Bidayuh Village

Go on an exciting kayaking adventure with a team of experienced guides to discover Kampung Bengoh, a Bidayuh indigenous village. The family-friendly kayak trip meanders for a short distance down a shallow stream and stops at the village for a picnic-lunch. Continue the relaxing journey paddling down-river and making a stop by a sandy bank beneath soaring limestone hills followed by a couple of gentle rapids passing beneath a huge rock outcrop. 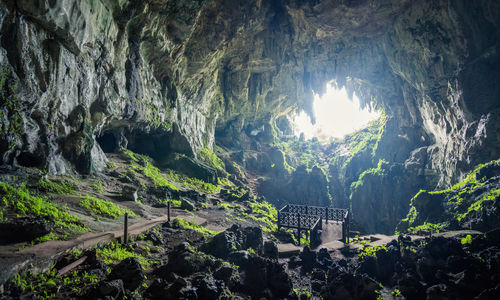 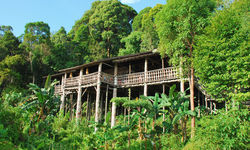 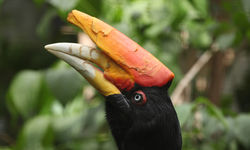 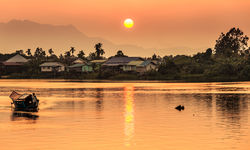 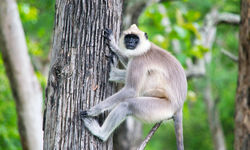 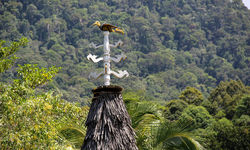 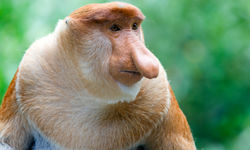 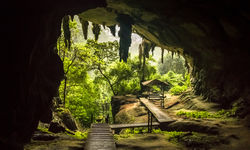 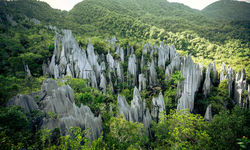