In the heart of St Moritz - famously the luxiest of luxury ski resorts - is Badrutt’s Palace Hotel, where the most glittering echelons of high society have been gracing the halls since the hotel first opened as the Palace Hotel in 1896. Alfred Hitchcock was said to have his best brain waves in the hotel, and Greta Garbo came here to be left alone.

Calling the quirky family run Badrutt's Palace Hotel, which has 120 rooms and 37 suites, 'luxury' would be dramatically understating its charm, elegance and attention to detail. The spacious rooms and suites - some of which are bigger than the average London flat! - retain many of the original features from the Victorian building, with all the modern creature comforts guests could desire. Classic furniture; cozy beds, perfect for a long day on the slopes followed by a thorough exploration of St Moritz's apres-ski offerings; and chic bathrooms lend an Old World elegance, while the thoroughly modern spa follows Badrutt's Palace Hotel's tradition of being at the cutting edge of modernity - the hotel was home to the first indoor tennis court in continental Europe. Most rooms look across the lake, giving guests excellent views of the annual polo competition on the frozen lake and the fur-wrapped spectators, or across the mountains. Suites have extra sitting areas and other amenities, including studies and libraries, though we aren't sure how much guests use these so close to the slopes! Our favourite, suite 501 (now called the Hitchcock Suite) is said to be where the legendary auteur dreamt up The Birds.

Five restaurants, three bars, and a nightclub - which doesn't include a further three restaurants and two bars at Chesa Veglia, also owned by the hotel and closer to the centre of town - offer everything guests could want. Fine dining, black tie and starched tablecloths are available at Le Restaurant, while sharing plates reign supreme at IGNIV. The indoor tennis court no longer serves aces, but Japanese-Peruvian fusion from some of the team behind Nobu and Swiss mountain classics, pizza and grills are found elsewhere. There is even a terrace for those willing to brave the chill to enjoy the sunshine and a drink and a light meal.

The aforementioned spa, as described by one Original Traveller who recently visited, is epic. It has been designed to lift the spirits and put wellness - and, if we're honest, soothing poste-piste aches and strains - at the forefront of guests' experiences, setting the benchmark for all alpine resorts. Ahead of the curve where treatments are concerned, the spa therapists are trained in ancient and modern practices from around the globe to tailor make the best facials and massages to suit guests needs. Oh, and the pool has a rock to scramble up and jump off into the wtaer depths below.

As for little skiers, unlike most luxury hotels of its kind, Badrutt's Palace Hotel's Kids' Club is excellent. Little snow bunnies can learn to cook alongside hotel chefs, enjoy a yoga class and dance the night away (until bedtime) at the Kid's Disco. Everything has been approved by the hotel's Junior General Manager, with the help of an expert panel of children, making sure that not one detail has been overlooked, gaining Original Travel's approval in the process. 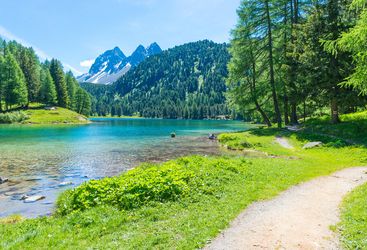 Best for: Couples and Solo Travellers
Summer in St Moritz
Switzerland is more than just a winter wonderland. Spend a week enjoying the best summer activities the luxury Swiss resort of St Moritz has...
7 Days
From £4,100pp 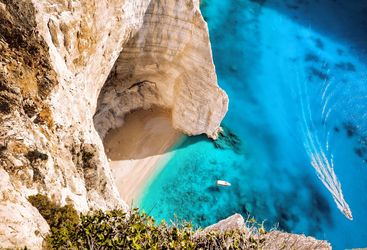 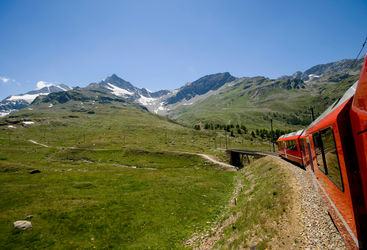 Other Places to Stay in St Moritz 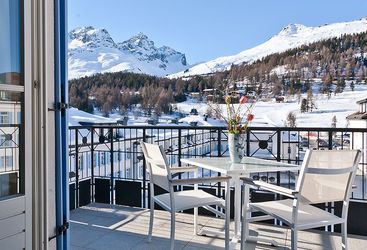 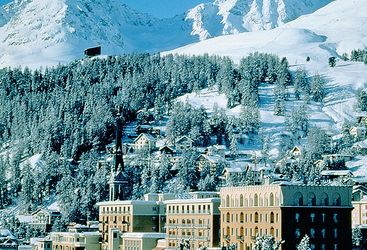 Europe > Switzerland > St Moritz
The Kulm
Situated right next to the famous Cresta Run, the Kulm enjoys stunning views over the lake and the majestic mountain landscape. The Winter Olympics...
Find out more Add to Ideas+ 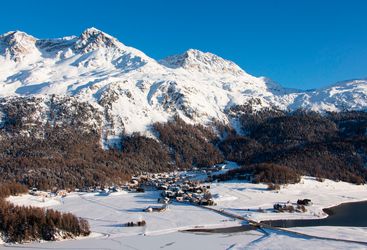 Europe > Switzerland > St Moritz
Nira Alpina
Just three miles from the glitz and glamour of St Moritz, the Nira Alpina is a more understated hotel in the pretty Engadin Valley village of...
Find out more Add to Ideas+

Harriet is our 'Badrutt's Palace Hotel' expert and as a seasoned traveller has the inside track on the most memorable adventures.