High in the Arctic Circle is a large group of islands that most people have hardly heard of, yet Svalbard holds some of Europe's most unique and exhilarating holiday experiences.

Immortalised in Philip Pullman's His Dark Materials trilogy, Svalbard offers an insight into life in the polar regions - a world of Northern Lights, midnight sun and frozen wilderness dominated by the polar bear.

It's important first of all to get a grasp of where and what Svalbard actually is. Imagine a land mass the size of Ireland that looks like the Scottish Highlands during an Ice Age and start adding a long list of superlatives and quirky facts: Svalbard is almost as far from Oslo as the coast of north Africa; contains Europe's largest true wilderness; has the world's most northerly scheduled flight, full service hotel and pub; is inhabited by almost as many polar bears as humans; 60% of its land is covered by glaciers - and you start to get an idea of what Svalbard's all about.

The climate is remarkably mild for somewhere so close to the North Pole - a unique location that allowed early Norwegian and Russian hunters to settle over winter. The first visitors in the 17th century were attracted by the abundant whaling and fur-trapping opportunities. Discovery of rich coal veins in the 1900's lead to the first permanent settlement of Longyearbyen - the archipelago's main town and home to the thriving modern community of miners and others working in the fields of tourism, Arctic exploration and scientific study. A confusing point can be the names, the collective area is Svalbard whilst the early Norwegian name for the main island is Spitsbergen - or "Sharp Mountain".

The colourful little town of Longyearbyen is tiny, with just 1,800 inhabitants, but is the perfect launch pad for an adventurous Svalbard holiday in the Arctic desert. Come mid-February, the sun peeks over the horizon to give an orange light and rich blue skies until late March. These six weeks are the locals' favourite, a permanent sunrise that brings added illumination to the spectacular Northern Lights. The midnight sun then sits high over the Arctic summer from mid-April to late August.

Dog-sledding is the most natural way to enjoy the scenery and learning to captain your own 6-dog husky team is a fun experience. Modern transport takes the form of snowmobiles, which are good for exploring the frozen ocean of the east coast, where you can track polar bear prints and look for seals. Closer to Longyearbyen, investigating the ice cave within the local glacier is worthwhile. As you walk on a frozen river inside the glacier, the ice crystals and clear glass-like formations are spectacular.

Huskies are incredibly affectionate and energetic dogs that live for running.
Find out more Add to Ideas+

Showing 1 - 1 of 1 activities in Svalbard 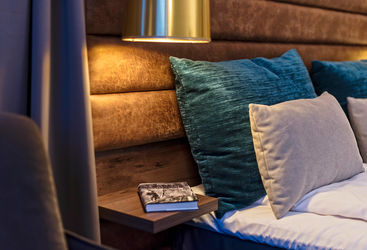 A stylish hotel housed in a historical building that was once used as an accommodation for workers at the nearby mine, Funken Lodge offers the...
Find out more Add to Ideas+ 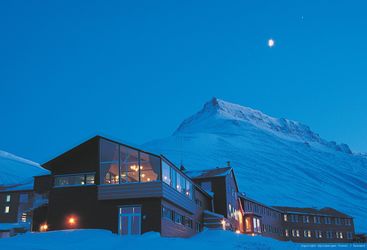 Overlooking the small town of Longyearbyen, the Spitsbergen Hotel has its historical roots as the headquarters and officers’ mess for the early...
Find out more Add to Ideas+ 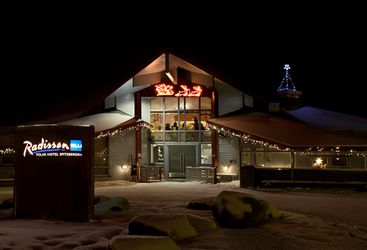 The Radisson Blu Polar Hotel, once of Lillehammer (see the Original Thinking), is now Svalbard’s premier hotel, and the most northerly full-service...
Find out more Add to Ideas+ 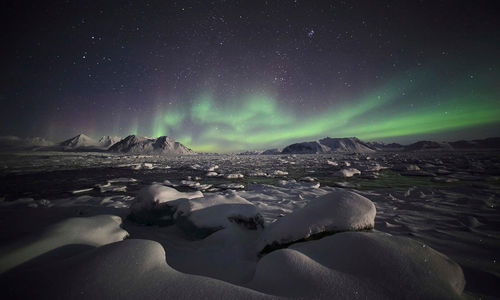 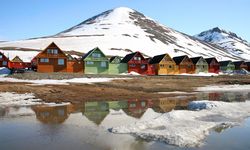 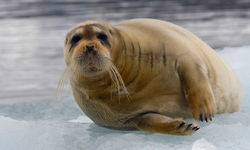 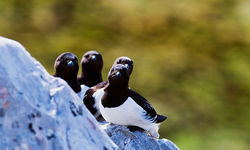 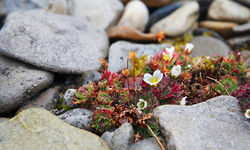 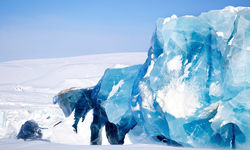 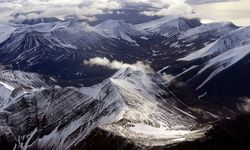 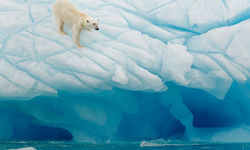 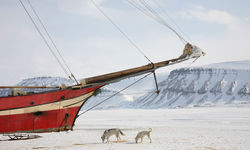 A full-on adventure holiday itinerary on Svalbard can cost up to £3,000 per couple for a four day trip. Summertime fly-drive options for a family of four can be great value, starting from around £4,000 for a week.

We enjoyed eating in the pub you recommended and had one meal in the hotel, a five course locally sourced meal (don't think I will be a fan of seal meat but the reindeer was good).

Didn't see a polar bear, I think sightings are rare but did see some of his tracks, hugh paws!

We enjoyed the dog sledding just a shame I can't get the dogs in my suitcase!

Original Travel Expert: Kate Little
My highlight: Husky dog sledding is fabulous fun and the dogs are so friendly. Ask very nicely and we might even be able to arrange a visit to a newly born litter of husky puppies: incredibly cute!
Enquire now
Call us on: +44 (0) 20 7978 7333