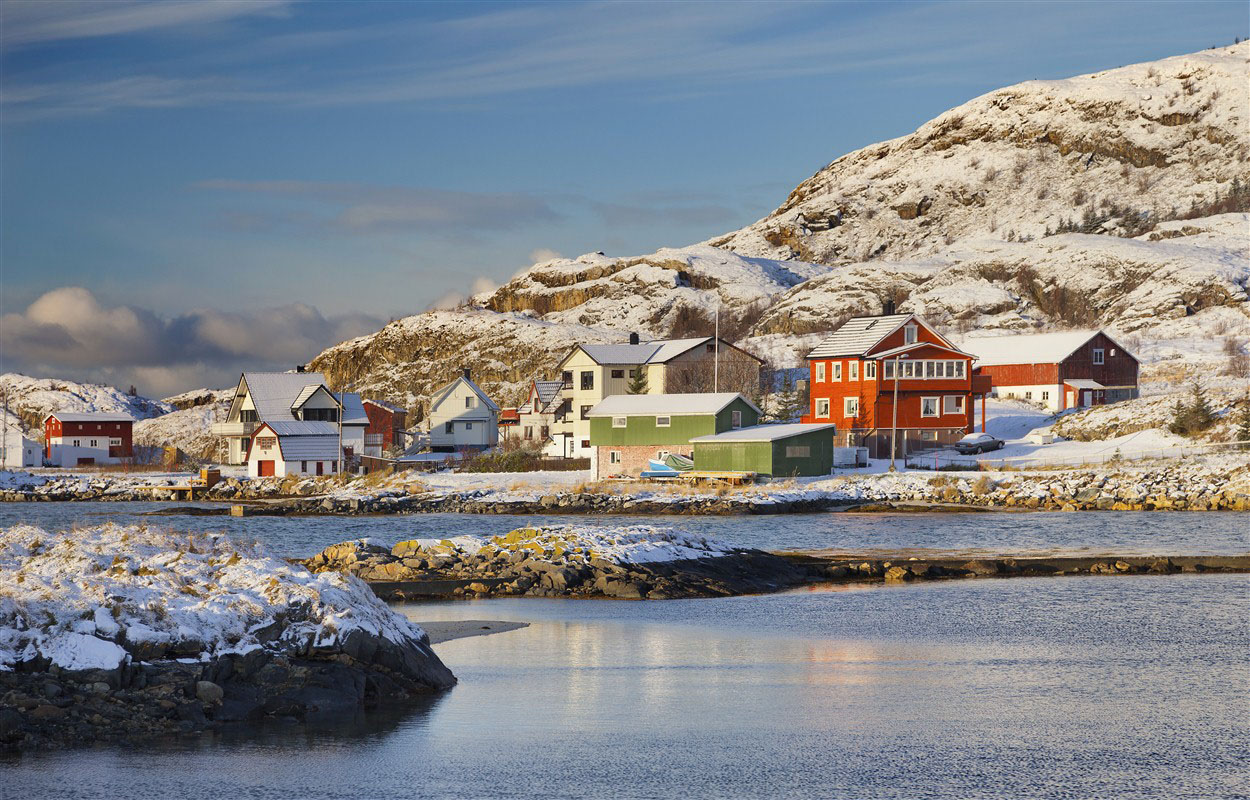 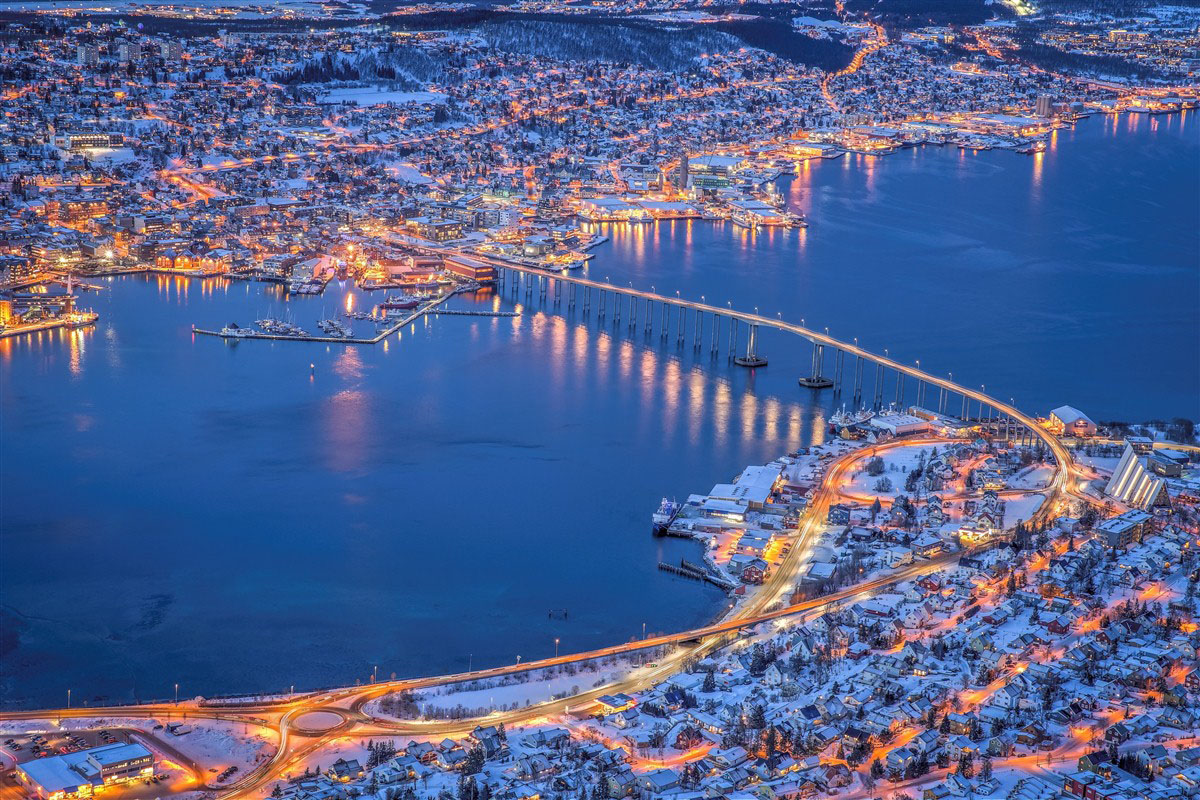 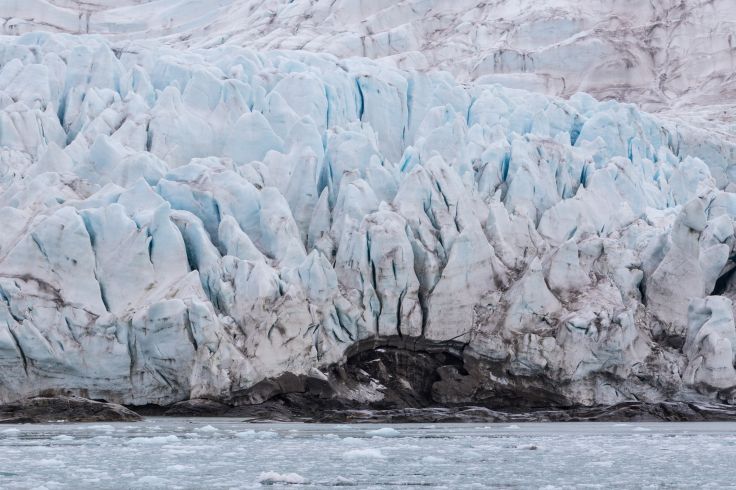 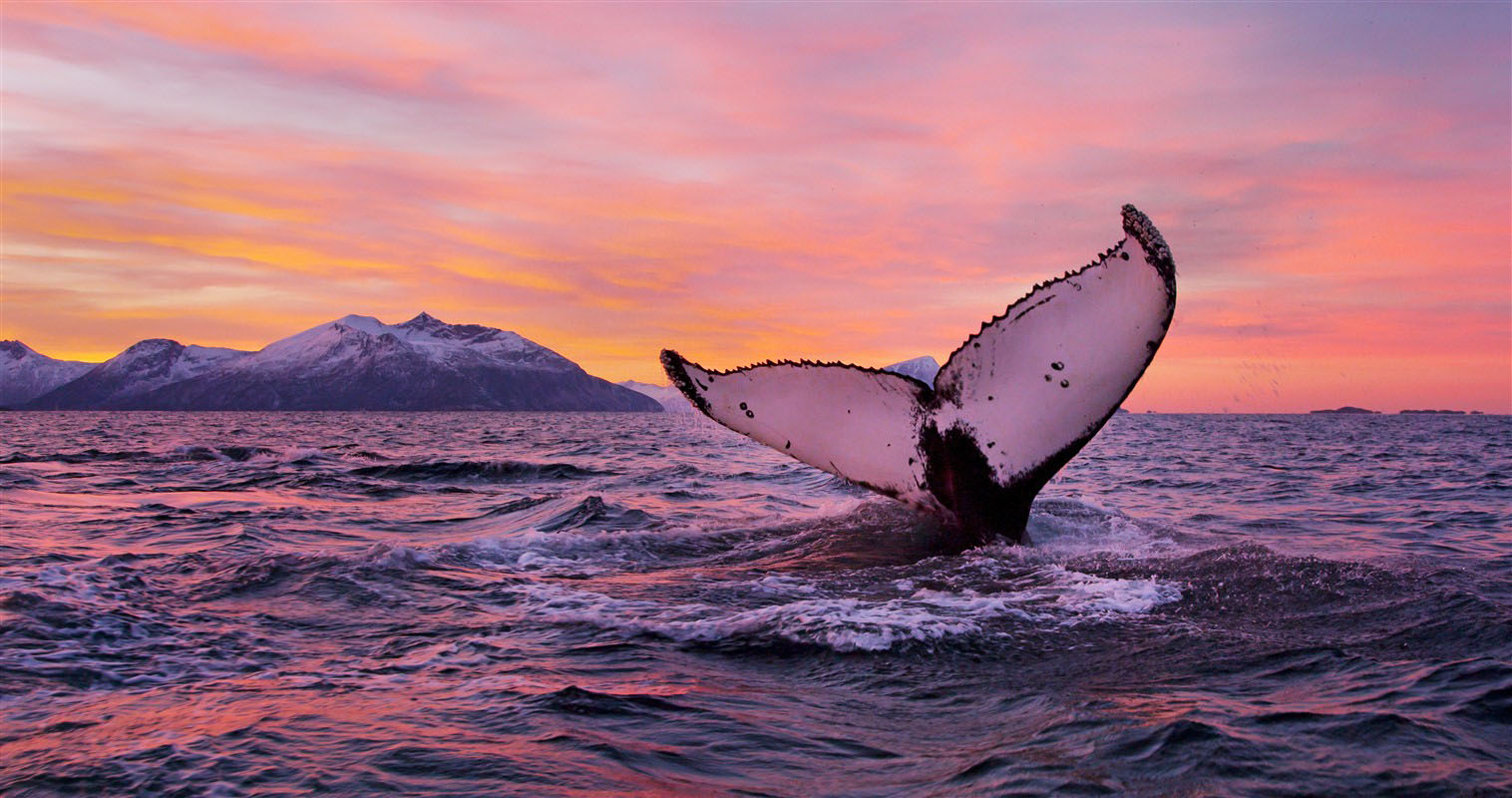 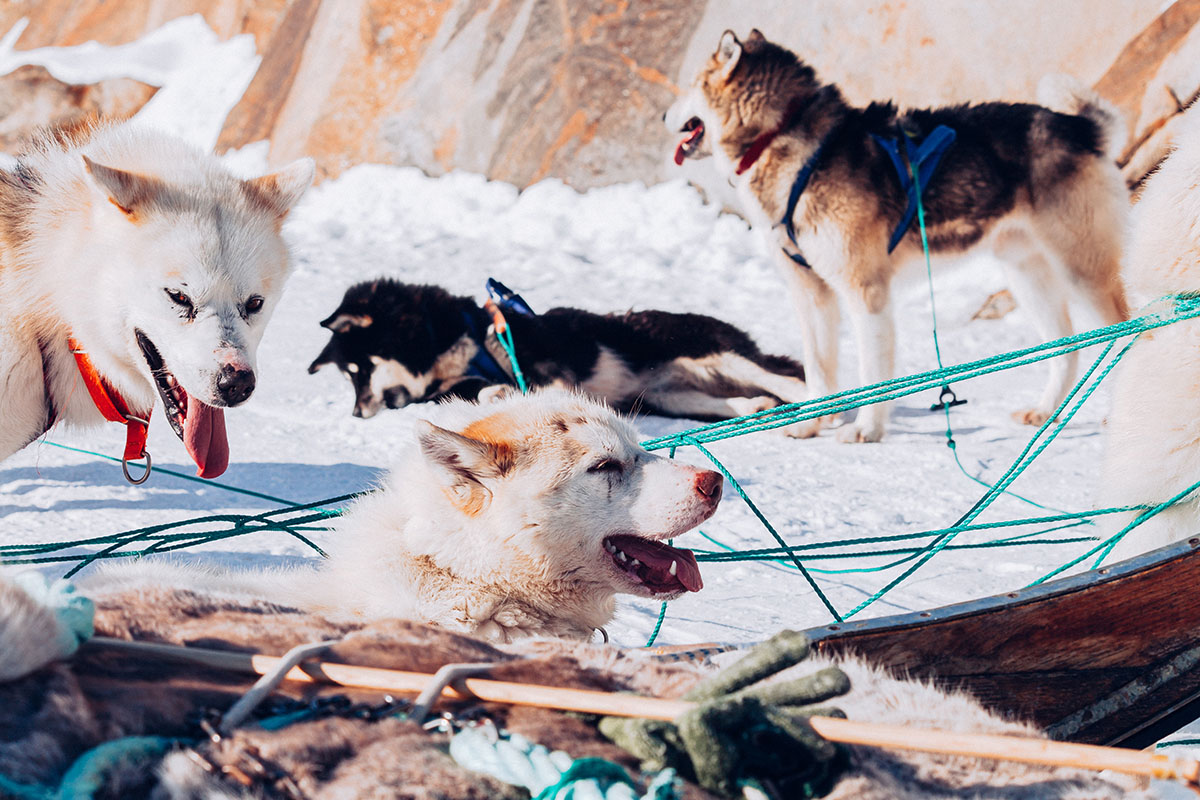 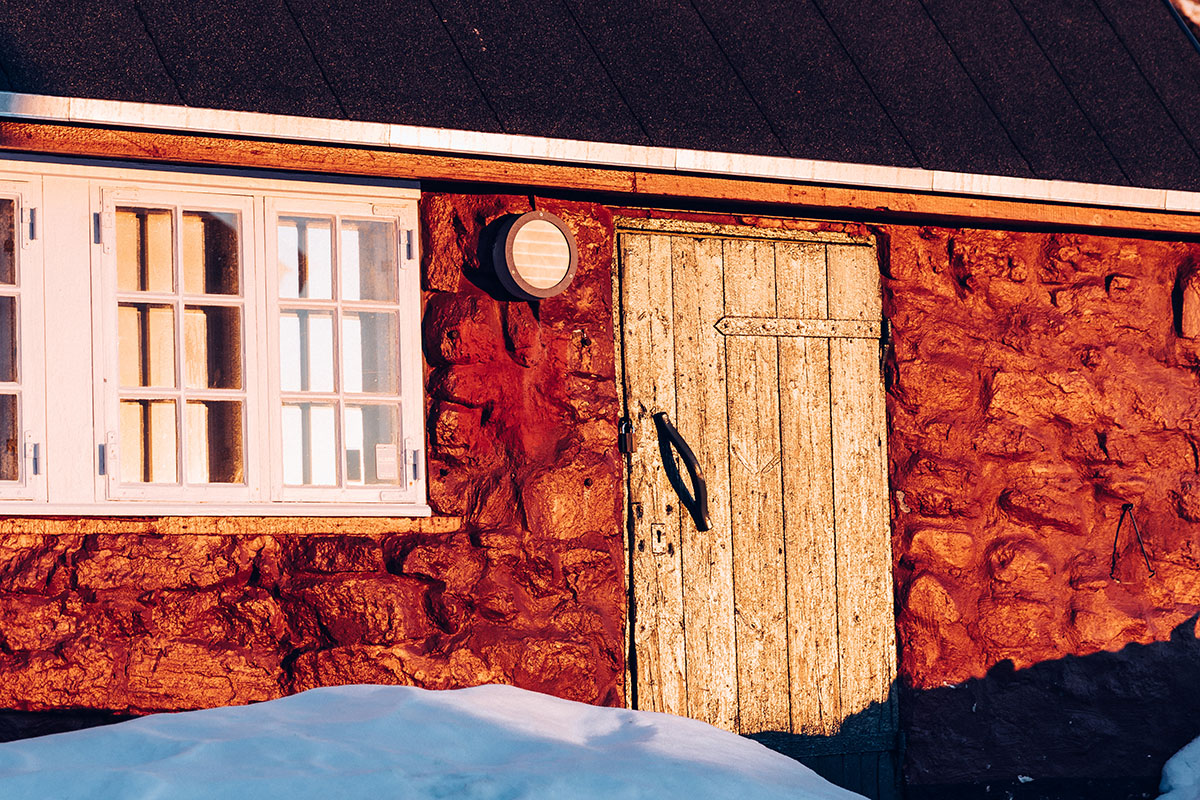 TRIP TO SPITSBERGEN - JOURNEY TO THE GREAT NORTH

Because you are really going to the 'end of the world', this journey is for explorers at heart, for people seeking new challenges and experiences in a truly far-flung spot. Beyond the Arctic Circle, even beyond the North Cape, Spitsbergen is the largest of the Svalbard Islands. A land of mystery once limited to trappers and whalers, the far end of northern Norway is gradually opening up to a few lucky visitors, without losing its character and natural grandeur. This is the far north of explorers, scientists and also polar bears - and of all the abundant and spectacular fauna: walruses, reindeer, seals and other flocks of seabird.
Winter here stretches from mid-February, when the polar night ends, to mid-April, when the midnight sun sets in. This is the best season for exploring Arctic Norway through traditionally northern activities: embarking on a snowmobile safari, mushing a dog sled team and looking out for the Northern Lights. And, of course, relaxing under a cosy duvet, enjoying an aromatic hot toddy and a spending the evening in the sauna.

Direct flight to Tromso. 69° 39' 30'' North: The northern Norwegian capital and gateway to the Arctic is the largest urban centre located on this latitude, making it the starting point for many polar expeditions. Receive an introduction to the history of trappers and explorers in the Arctic regions, enjoy the panoramic view from the heights of a cable car, sip a hot coffee on the harbour and take a quick detour to the Arctic Cathedral, before setting off for the Svalbard archipelago. You'll stay at a base camp in Longyearbyen, the world's most northerly village, on the island of Spitsbergen. The tiny 'capital' of Svalbard, with its colourful houses, is the starting point for your two scheduled polar expeditions. The first expedition is a two-day snowmobile safari with a private guide, taking you to the Nordenskiold Glacier and spending the night in a secluded lodge - the world's most northerly hotel. The second expedition is aday of dog sledding, in which you'll discover even more of the landscapes of Spitsbergen as musher to your own team of huskies.
Even when travelling to the ends of the earth, we will make sure that your trip is seamlessly organised, taking care of all flights, private transfers and carefully selected hotels, so you can focus on the what matters most: an Arctic adventure. In case of any unforeseen events, questions or last-minute desires, you can contact our on-site Concierge, who can be reached at any time during your trip.

Arrival in Tromso, the largest city beyond the Arctic Circle and dominated by the Lyngen Alps. Private transfer and two-night stay on the harbour, in a modern hotel combining glass and metal. The interior is spacious and stylish and the atmosphere cosy with fireplaces and hints of bright colours. The restaurant is worth particular mention for its reinvented Norwegian cuisine.

In the itinerary - For a comprehensive introduction to the trip and the region, we have arranged your entry to the Polar Museum. Located in a former customs warehouse, the museum tells the story of trappers and explorers' expeditions to the Arctic. Traps, skis, survival kits and models of ship models bring this epic adventure back to life. There is an entire room dedicated to Roald Amundsen and his polar expeditions. The itinerary also includes tickets for the Fjellheisen cable car, which climbs to 1,378ft. From the observation deck to the upper station, you can enjoy spectacular panoramic views of Tromso and its surrounding islands.
Things to see and do - Admire the variety of colours and dazzling brightness throughout the day - visit the Arctic Cathedral with its triangular silhouette - wrap up for an outdoor stroll and warm up in downtown cafes - go whale-watching - book an outdoor sauna with panoramic city views.
Option - Entry to Polaria Polar Aquarium.

Private transfer to the airport and flight to Longyearbyen, the tiny capital of the Svalbard archipelago on Spitsbergen Island. New private transfer and accommodation in the heart of the village, in a cosy hotel that flawlessly replicates the atmosphere of a trapper base camp. The rooms are rustic and not very spacious, but they are all cosy and comfortable. The hearty breakfast will set you up perfectly for a day of exploration, and the nestled lounge with its cosy sofas and glass roof is a great place to relax at the end of the day with coffee in hand, as you read a book or look out for the Northern Lights.

Small but full of life, the archipelago's capital with its colourful palette of Nordic homes has left its mining legacy behind to embrace modernity and welcome tourism. In small numbers, mind. The few streets house shops, boutiques, galleries, restaurants and bars, all ready to welcome privileged visitors who have just disembarked their plane or cruise ship (the only way to reach the city). The locals are very proud to be the world's most northerly community, and this is displayed at the university, the church and the gallery of the Svalbard. And, in fact, it's only 621 miles from the North Pole, embedded in a valley surrounded by sea ice and windswept frozen mountains. For some months of the year the town is plunged into the darkness of the polar night, while in others it bathes in the midnight sun. There are only 2,000 inhabitants, who travel by snowmobile or sled, and they live surrounded by reindeer and polar bears.
Don't miss - A visit to the beautifully designed Svalbard Museum, which documents the history of the archipelago and the men who conquered the North Pole, as well as flora and fauna, mining and whaling. It's an excellent introduction to Svalbard.

The itinerary includes a two-day private snowmobile trek to get to Nordenskiold Glacier, which is some 100 miles further north of Longyearbyen. To get there, you'll first drive across the Tempelfjorden, then continue north through the shiny glaciers and sharp mountains, towards the small frozen bay and, finally, the glacier. Nestled in the moraine of the glacier is a small lodge, alone in the vastness of nature, where you will make a stop. This is the world's northernmost hotel, where you can experience the strong character of the area and feel like bygone explorers and hunters. You absolutely must cosy up in the sauna after you day of exploration. And from the windows of the lodge, you'll have full views of the magnificent glacier.

In the itinerary - From the glacier, you'll head back towards Longyearbyen by snowmobile. On arriving in the capital, you'll find your base camp, where you'll stay for two nights. The next day is a dog-sledding safari, an opportunity to plunge right back into Spitsbergen's scenery and test your mushing skills. You'll savour the silence except for the sliding of the skates on the snow and the stride of the dogs that serve as mere background noise. On the way, you'll stop off for lunch and tour an ice cave.

Private transfer to the airport and return flights.

The Polaria Museum is a futuristic discovery centre with a distinctive architectural structure where ice blocks seem to tumble like dominoes. Here you can go on a fascinating polar night walking experience and a watch a film about Svalbard and the Northern Lights. It explores the life of Arctic animals and plants, as well as the climate and how tourists have impacted the Arctic environment. Bearded seals are the aquarium's main attraction.
Option - Entrance tickets to explore the museum

Dependent on season, accommodation and activities
From mid-February to mid-May* The estimated cost for this trip is £5,000 to £6,200 per person. The final cost of the trip depends on the way we tailor it especially for you. The final cost varies according to several factors, which include the level of service, length of trip and advance booking time. The exact price will be shown on your personalised quote. The average price for this trip is £5300 per person. *Summer trips are also available (June to September) with a different itinerary and activities. Please contact us for details.
A few of the benefits of travelling with us 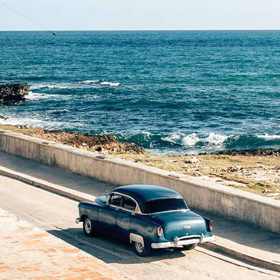