A camp that moves with the migration, Alex Walker - the brains behind Serian - knows the quietest spots at the busiest times of the year, so guests can enjoy a safari in solitude.

Camps in both the north and the south are stunning, simple as that. Persian rugs line the floors, black and white photographs adorn the walls and moreover attention to detail is evident throughout. The eight Meru-style tents have adjoining bathrooms - which are fantastic with large mirrors and painted wardrobes - flush loos and safari showers. Guests have exclusive use of vehicles and private guides, and other activities include Fly Camping, walking safaris and photographic workshops.

The mess area is homely and perfect for relaxing post safari, while the dining area has a certain grandeur to it with a huge table covered in a white table cloth. Food is delicious and beautifully presented, for example Moroccan style glass jars and Kitangela glasses are often used.

From July to November Serian is based in the northern Serengeti, and the focus is on the remarkable river crossings where huge herds (we're talking one and a half million) of wildebeest are on their annual migration to the Mara. Settle down with a picnic lunch and wait for the spectacle, with camera at the ready to capture the animals as they explode across the river. There is a variety of game away from the river including leopard and lion.

In December, the wildebeest head south to the vast open plains of the Serengeti as they seek out rich grassland to support their calves, about 400,000 of which are born between mid January to late February. The camp is set up on the edge of the southern plains overlooking Lake Eyasi, and the main draw is the incredible sightings of huge herds of wildebeest that are scattered along the vast plains. Aside from safari, guests can spend time with the Masai, Mangati and Hadzabe Bushmen, and the Ngorongoro Crater is also only two hours away.

Whether guests go to Serian in its southern surroundings or head up north, so to speak, Alex Walker has the positions and timings nailed so fantastic sightings are almost a given.

There will always be a host at Serian. Be it Alex - who was brought up in Tanzania - or one of his family/friends who are equally knowledgeable and have fascinating backgrounds. 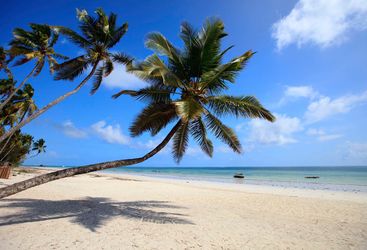 Enjoy a private safari experience spending the days however you please. Whether that is game watching on a safari spotting The Big Five or relaxing...
14 Days
From £5,490pp 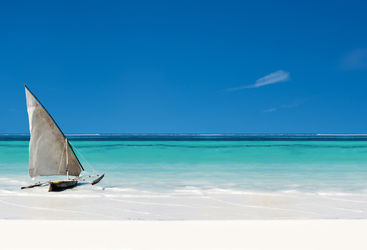 Tanzania is one of the best places in Africa to enjoy a 'bush and beach' holiday, otherwise known as an 'I want it all' trip. On this ten day...
10 Days
From £3,465pp 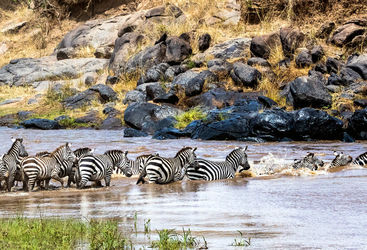 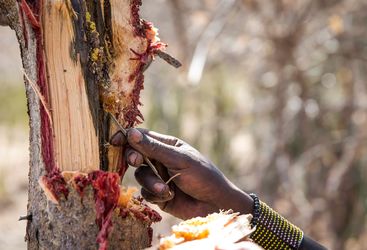 Reconnect in Tanzania: Meet Local Tribes and Learn Ancient Crafts from Ngorongoro to the Serengeti

This nine-day Reconnect in Tanzania itinerary takes you from the vast plains of Ngorongoro Conservation Area to the wildlife-filled grasslands...
9 Days
From £8,440pp 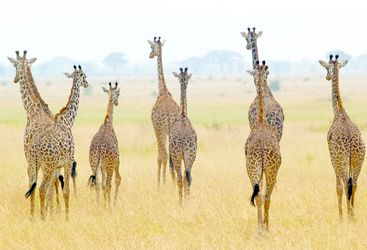 For safari buffs there isn't an itinerary more jam packed with wildlife spotting than this. Over nine days touring northern Tanzania's national...
9 Days
From £6,575pp 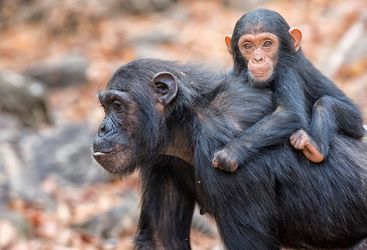 Tanzania is a country so full of diverse and fantastical scenery that it can be almost impossible to select just one or two destinations to visit....
18 Days
From £8,570pp

Other Places to Stay in The Endless Serengeti Plains 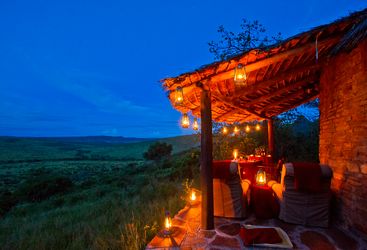 Located in a private concession within Serengeti National park, which is renowned for having the largest concentration of migratory animals in...
Find out more Add to Ideas+ 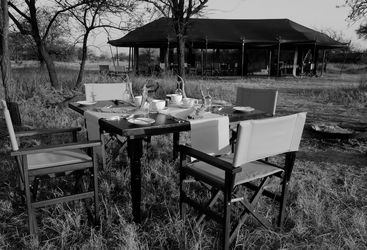 Kimondo Camp is a semi-permanent tented camp that moves with the migration. As such wildlife is key to the camp ethos and this camp gets right...
Find out more Add to Ideas+ 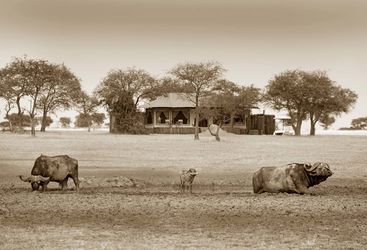 Sabora is an ultra-luxurious tented safari camp, designed in classic 1920s style to conjure up that authentic ‘Out of Africa’ experience.
Find out more Add to Ideas+ 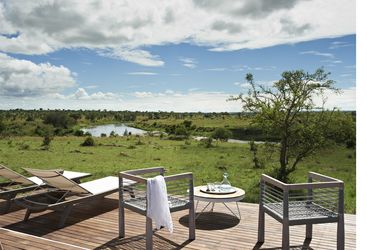 Located in the northernmost corner of the Serengeti National Park, the Lamai triangle, Singita Mara River Tented Camp is in a remote area while...
Find out more Add to Ideas+ 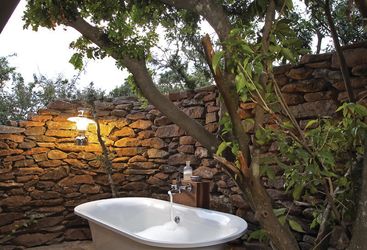 Faru Faru is an intimate safari camp overlooking the Grumeti River. The lodge is located in the Singita Grumeti Reserves – a 350,000-acre concession...
Find out more Add to Ideas+ 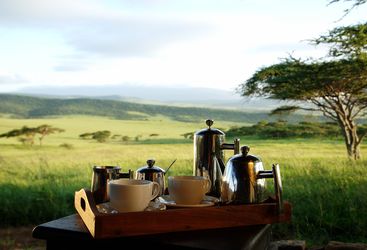 Located in the south of the Central Plains, Dunia Camp doesn’t have to rely on the migration to see the plains game, instead they come to the camp.
Find out more Add to Ideas+ 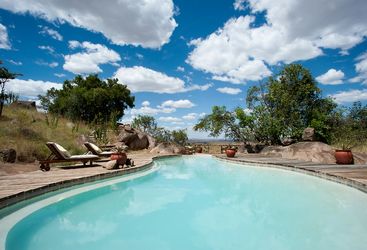 Camps are few and far between in this remote corner of the northern Serengeti, on the border of the Masai Mara, meaning the wildlife viewing...
Find out more Add to Ideas+ 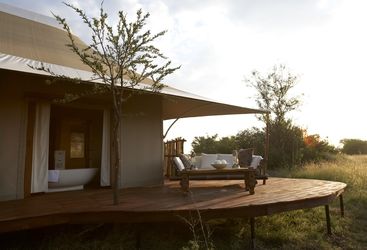 Situated close to the Mara River, Sayari is a tented camp overlooking the vast open plains of the Serengeti, and is ideal for those who want...
Find out more Add to Ideas+ 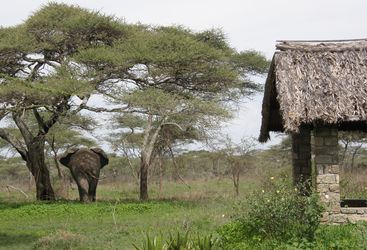 Set amongst the iconic acacia trees over looking Lake Ndutu, the aptly named Ndutu Safari Lodge is an old school, no frills camp, perfect for...
Find out more Add to Ideas+ 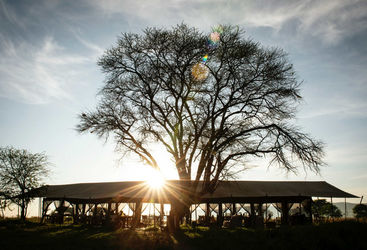 Serengeti Safari Camp is a mobile camp that moves (but not during your stay) seasonally around the Serengeti National Park, shadowing the movements...
Find out more Add to Ideas+ 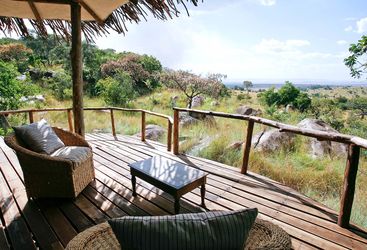 The younger sibling of Lamai Serengeti, the private camp is next to the main camp and shares the same spectacular views over the vast plains...
Find out more Add to Ideas+ 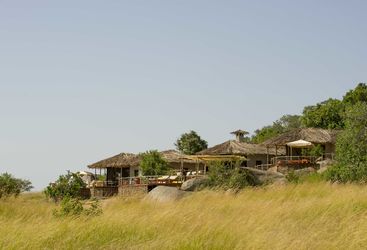 This luxurious lodge sits in prime mammal spotting territory in the northern Serengeti, and was designed by Joanna Cooke, who was also behind...
Find out more Add to Ideas+
Load more

Isabel is our 'Serian Serengeti' expert and as a seasoned traveller has the inside track on the most memorable adventures.