New England is home to some of the most iconic places in America, from Boston to Cape Cod, and some of the country's most iconic images - think clapboard houses with fluttering stars and stripes or long lobster lunches. Come 'fall', venture inland to verdant Vermont and New Hampshire to see beautiful autumnal colours.

Add beaches, lakes, sailing, islands, mountains and picture perfect towns and there's pretty much something for everyone in New England, but for most visitors it all starts in venerable Boston, the cultural and historic epicentre of the region. History buffs will know all about the eponymous Tea Party, and the city has come to symbolise the cradle of the American Revolution. The Freedom Trail is a fascinating way to explore the heart of what is essentially the oldest city in America, but despite it's age, this is also one of the most liberal and intellectual cities too, thanks in no small part to the proximity of Harvard and MIT in neighbouring Cambridge. But Boston is not all about history and academia - the city also does a fine line in gastronomy (the seafood is sensational); nightlife (the Irish influence comes through in an excellent craic most nights) and sports, with the Red Sox and New England Patriots at the very tops of their trees in baseball and American football respectively. In season, an evening spent at Fenway Park watching a ball game is a Bostonian tradition that should appeal to even non-baseball lovers.

After a stay in Boston, it's decision time. Most visitors fly and drive, and depending on time and budget there are a number of wonderful circular routes that encompass much of what makes New England a special destination. For those with less time on their hands, and a healthy budget, we would recommend a southern circuit taking in those bywords for sophisticated New England - Cape Cod, Martha's Vineyard and Nantucket, all of which are still in Massachusetts.

Cape Cod is the perfect distillation of all that makes New England such an attractive destination, thanks to glorious beaches, picture perfect clapboard houses, a rich history dating back to the Pilgrim fathers, some prime whale watching opportunities, a thriving arts scene and seafood good enough to satiate the finickiest foodie. The main event has to be the beaches, all 115 of them, that stretch along the peninsula, culminating in an unbroken 40-mile expanse of sand that constitutes the Cape Cod National Seashore. Dotted along the shore are several quaint villages (some of them among America's oldest) with names that will have particular resonance for British visitors, from Sandwich to Truro and Chatham, while at the northern tip sits pretty Provincetown, the perfect place to explore the many galleries and restaurants. The temptation in Cape Cod might be to wander around, gorge on lobster and laze on beautiful beaches, but there's plenty more to do, from excellent whale watching (especially out of Provincetown), well-marked trekking trails (ideal for walking off the inevitable lobster overdose), sailing boat and kayak charters, birdwatching and museums recalling the area's Pilgrim and nautical history.

Cape Cod also works brilliantly in combination with nearby Martha's Vineyard, a short ferry ride away and a summertime playground for politicos and plutocrats, but which still retains the feel of an old island fishing community. This is somewhere to rent a moped and explore beautiful beaches, pretty villages and shack restaurants serving outstanding seafood. Martha's Vineyard is sometimes described as a miniature Ireland, with bright green pastures full of grazing cattle and sheep, but for even more idyllic views, and the full Ralph Lauren advertisement effect, take to the water on a rented sailboat. Last point on the triangle might be the island of Nantucket, another haven for Boston and New York's elite, and another perfect summer retreat with beaches, clam shacks and clapboard quaintness in spades. A word of warning at this point - availability in all three is extremely tight in summer so early planning is highly recommended. After this you could return north to Boston (swinging by Plymouth Rock to see the spot where the Pilgrims made land), or head on through rural Rhode Island and Connecticut to New York City.

Head north from Boston along the coast into Maine and many of the attractions - pretty fishing communities, beaches, clam chowder - remain, and the prices can be drastically lower than in Massachusetts, so this potentially works better for families. Prime spots to explore are the charming foodie city of Portland, the seaside havens of Rockport and Boothbay Harbo(u)r where you can sail in a traditional windjammer boat and go on lobster trips, and finally Bar Harbour near the Canadian border, home to New England's only National Park, Acadia National Park.

Another part of New England that should be lobbying hard for national parks is Vermont, which can be reached cross country from Maine. The main event here is the spectacular colour display every autumn, which merits a trip in its own right, but given we're talking circular summer driving routes, if you're in Vermont, head to Lake Champlain for kayaking and sailing and the towns of Stowe and Woodstock in the Green Mountains, a wonderful place for walking in summer and skiing in winter. Foodies, please note - Vermont is also home to countless craft breweries and small holding farms selling delicious local produce. Head back to Boston through New Hampshire for a perfect combination of coast and countryside. 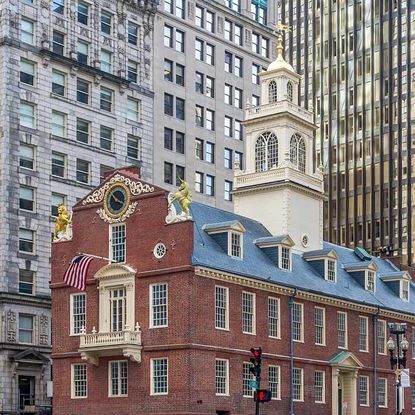 If You Do Three Things
1
Historic Boston

Explore historic Boston by walking the two-and-a-half mile red line that connects 16 significant historic sites around the city. The sites cover more than 250 years of history and tell the story of the American Revolution. While taking part in the trail, which has helpful audio and visual guides, you get the chance to explore one of the USA's first great urban centres. 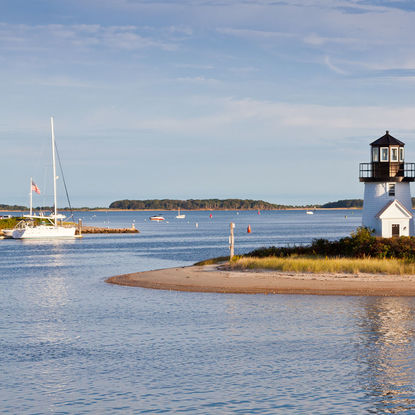 If You Do Three Things
2
Cape Cod Watersports

Take to the water and explore the picturesque Cape Cod peninsula. We can organise private cruises around the bay and the neighbouring islands of Nantucket and Martha's Vineyard; sailing lessons and adventures into the Atlantic; and fishing trips so you can have a go at catching your supper - fresh lobster, anyone? 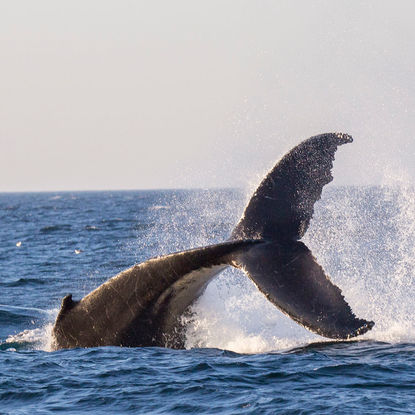 If You Do Three Things
3
Whale Watching

Head out from Provincetown for some of the best whale watching in Cape Cod. Humpback whales are most commonly spotted here, but you may also see finback, minke, sei and pilot whales, and perhaps even dolphins. Whales gather here from April to October to feed and raise their young, so this is when you have the best chance of a sighting. 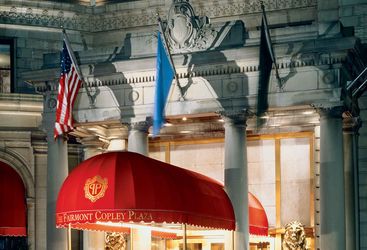 Located in Boston’s historic Back Bay district just steps from the Boston Public Library, Beacon Hill and the Freedom Trail, the Fairmont Copley...
Find out more Add to Ideas+ 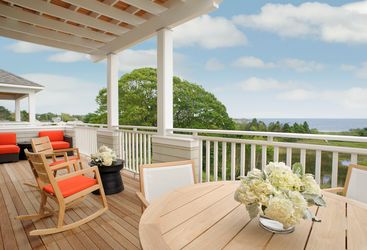 Inn by the Sea

Just fifteen minutes from the vibrant city of Portland, Maine, the Inn By the Sea sits upon a mile of pristine sandy beach and offers the perfect...
Find out more Add to Ideas+ 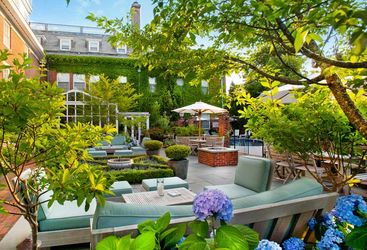 The Vanderbilt Grace in Newport, Rhode Island, was built by a scion of the supremely wealthy Vanderbilt clan during the so-called Gilded Age...
Find out more Add to Ideas+ 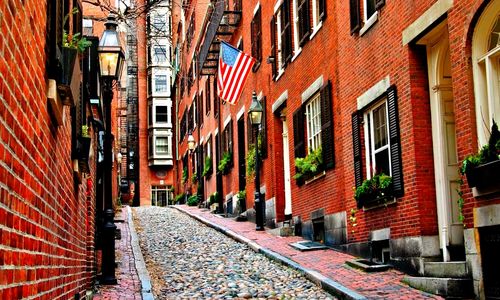 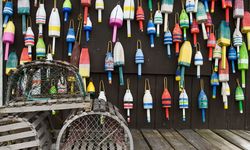 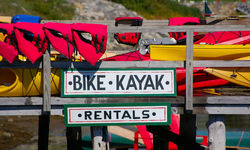 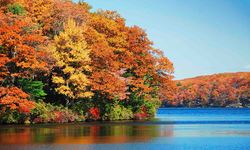 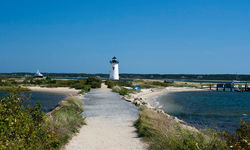 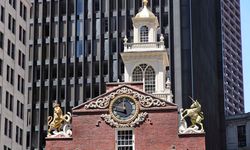 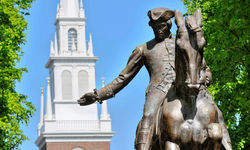 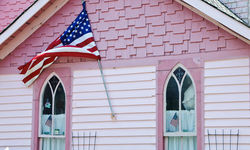 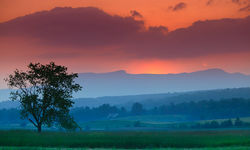 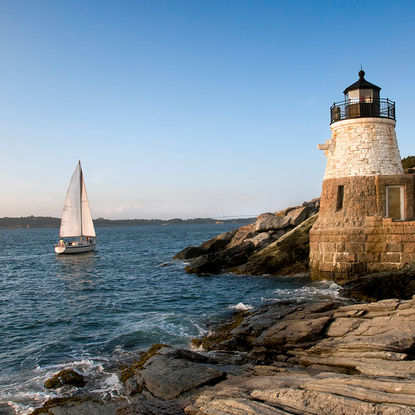 Complement your trip to New England with a sailing trip from Newport. As a lot of New England is on the coast, there is no shortage of water-based activities to enjoy here, and Newport is the original home of the Americas Cup sailing competition, so get a taste of the action by chartering a sailing boat for the day for an adventure out into the Atlantic Ocean.