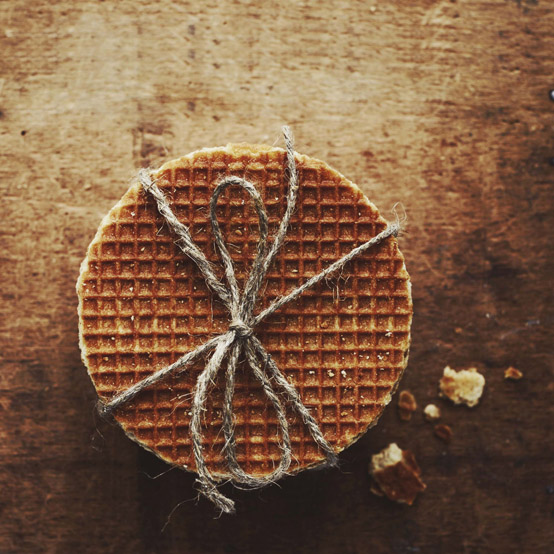 There's a certain sheepishness that accompanied me telling friends that I was off to Amsterdam for a few days this year.

""No...no, this is a BUSINESS trip"" I found myself protesting. Sure.

""No, honestly, it's got incredible museums, restaurants, some stunning new hotels....OK I give up, I'm actually going for the Stroopwafel and Poffertjes."" A mixture of sickly sweet waffles, and baby pancakes, these two baffling words were enough to shut some of them up at least.

A Stereotypical View of Amsterdam

Amsterdam has a bit of an image to shed among my lot, you see. Back in the dim and distant past (late 1990s), in a land far, far away (Leeds), Amsterdam was a byword for ""24 hours of coach and ferry; try desperately to find a hotel that would accept ten of us for the night; succeed and instantly regret our ""choice""; a couple of days of having our eyes opened wide; the journey from hell back to West Yorkshire; a week of recovery"". But shed that seedy image this amazing city very much does - effortlessly in fact.

The Dutch attitude to acceptance is total. Just as they accepted a load of scrawny Stone Roses lookalikes from the wrong side of the Pennines with alacrity, Hollanders are equally as warm to those from all backgrounds, walks of life and heights. Ah yes, Dutch cliché no.1. The tall thing. Apparently there's another stat that scientists are starting to link to the fact that Dutch men are the tallest in the world - they also consume the most dairy produce. Dutch cheese may not be as well-established for the rest of us, but the likes of uber-chef Ferran Adria', cheeses such as Reypenaer get 3* billing alongside the finest produce in the world.

The Dutch capital punches considerably above its size in terms of the wealth of museums on offer. Yes, there are the novelty ones - the Hash museum, torture museum, several sex museums, Pianola museum (pipe down at the back, Perkins), tattoo museum, vodka, chess, tulips, spectacles, funerals, pipes, something called ""football""... But the jaw-dropping quality of the fine art museums such as the Rijksmuseum and Van Gogh knock most other bigger cities' offerings into a cocked hat.

Do as a local and hire a bike.

It is super easy to get around, bikes have priority on the roads and there are relatively few cars to encumber your progress in any case - it can take 5 years for a resident to get a parking permit - so everyone cycles and you should too. Just don't cycle if you are feeling a little...wobbly.

Also, don't even waste a second worrying about whether you will get your Anglophone tonsils around the Dutch letter ""G"" - I guarantee you that every Amsterdamer that you meet will speak better English than most of us do. And they will do so with a smile. Oh, and did I mention that on my BUSINESS trip, I confirmed other Original Travellers' views that some of the best boutique city hotels in the world are located in the city.

It's Time to Go

I've got a theory about Amsterdam - it's a bit like Buckingham Palace for Londoners. Stay with me. It's dead easy to get to, the attractions are obvious and it's pretty reasonable. So why don't we go and go more frequently? Because we'll ""definitely go one day"". If that one day hasn't come yet, make it this year, alstublieft.