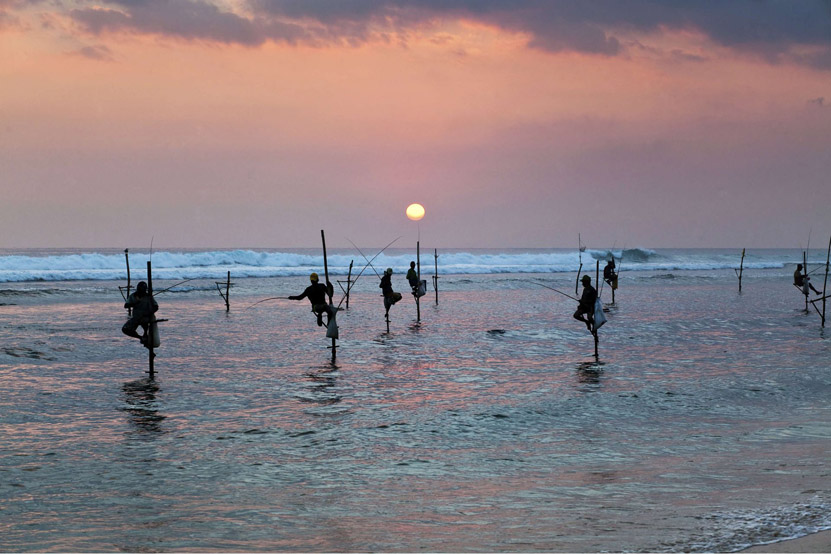 Who else was totally enthralled by Joanna Lumley in India and Wild Alaska Live? Both gave fascinating insights into some of the most beautiful corners of our planet, and made us want to immediately grab our passports and head off in search of adventure. But what should we watch on the telly box now they've ended... Celebrity Big Brother? Surely not. So we're officially extending a heartfelt plea to TV producers everywhere to continue this rich seam of international exploration. And because we happen to know a thing or two on the subject, here are a few of our recommendations for destinations most worthy of TV stardom...

Albania is something of an unknown quantity to many travellers, a country that evokes images of Stalinist rule and bulbous nuclear bunkers. The reality couldn't be further removed; Albania is a place of quite staggering natural beauty with its jagged mountain ranges, sprawling lakes, pristine beaches (yes, really) and charming Ottoman villages. The people are also some of the most welcoming you could hope to find. The countryside alone could occupy a few series' worth of Countryfile but it's Albania's cultural heritage, history and mystery that truly sets this place apart.

If there's one country on this list that, if anything, could do with a little less exposure, it's the USA (we're looking at you, the Mooch). However, the USA's (non-political) glories are undeniable, particularly in its pioneering National Park system. Following in the footsteps of Wild Alaska Live, nature and wilderness lovers everywhere will undoubtedly appreciate the towering ancient sequoia trees of Yosemite National Park, the burnt orange rock formations of Arches National Park and the sparkling waters of Lake Powell National Park streaming through their televisions (which can also be seen on our National Parks Explorer itinerary).

Here's the pitch: Leonardo DiCaprio, eco-warrior extraordinaire, takes you on a journey to the heart of one of the world's most eco-conscious and biodiverse countries - Costa Rica. We had you at Leo, right? Nevertheless, while many places talk the talk about their eco-credentials, Costa Rica very much walks the walk - a staggering 25% of the country is blanketed by national parks and is home to 10,000 species of plant and tree, 580 species of bird and 205 species of mammal.

There are all manner of TV shows that could be made with Sweden taking centre stage; discovering Scandinavia's unexplored corners by taking an in-depth look at the slick second city of Gothenburg and the rugged coastline of West Sweden; an adrenaline-fuelled adventure show featuring Sweden's excellent array of winter sports on show, from dog-sledding to snowmobiling to skiing; or just a good old-fashioned Scandi-noir crime drama.

Another destination that could feature front and centre of any number of shows is South Africa; the likes of Rick Stein and James Martin would have a veritable field day touring the Cape and Winelands while housewives everywhere would surely love the opportunity to see Dan Snow sauntering amongst the battlefields of the Anglo-Zulu war. That's before we've even mentioned the wildlife and we can all agree a revival of the BBC's Big Cat Diaries on the plains of South Africa would be pretty special.

Sri Lanka has emerged as one of the most talked about destinations of the last couple of years, with no signs of interest in the teardrop nation waning, especially given its reinvention as a luxury destination. And for good reason, Sri Lanka is a magical combination of colonial charm, crumbling ancient cities, idyllic coastline, untamed jungle and Kipling-esque romance. May we suggest it as Joanna Lumley's next stop?