In Defence of Ryanair (Sort of)

It's been a decade since I set foot on a Ryanair plane... the question is, would I live to regret using them again?

I vowed never to fly with Michael O'Leary's lot after an eventful holiday in Italy back in 2004. We arrived for a week in a lovely villa near Lucca but our bags failed to materialise. No great drama, we were assured, as they would probably turn up the next day on the same flight. This turned out to be the flight our friends were arriving on so 24 hours later I drove back to Pisa Airport and duly picked up our bags and our friends. But not their bags. Still no drama, said the charm-challenged Ryanair rep, they'll be on tomorrow's flight. Fortunately our final couple of friends were arriving then too, so we repeated the process... and the outcome. Joy of joys, by day four of a week long holiday all the bags and guests were present and accounted for, and I knew the route from Lucca to Pisa Airport so well I could have done it with my eyes shut - a state of affairs seemingly in keeping with the majority of Italian drivers.

Fast forward a decade and it was time to unleash the twins on the same villa holiday. With children now in tow, convenience trumps cost as the major factor when choosing flights. Being Norfolk types and with some positively civilised departure times (nothing beginning with a five, for example), against my better instincts Ryanair from Stansted to Pisa seemed the best option.

First step, tackle the infamous Ryanair website. You know those small print questions when buying something online? 'If you do not want to unsubscribe from not receiving junk mail from thousands of unrelated companies, tick here' followed by one requiring the exact opposite response? Well, the Ryanair website of old was basically a longer version; a digital elephant trap seemingly designed to catch out and confuse clients into extra payments for everything from insurance to additional luggage. Is the new site any better? Marginally. You still feel like the primary intention is to wring every last penny out of passengers, but I completed the booking without having pulled out chunks of hair, with the computer screen still in one piece and having pre-booked specific seats to avoid the riot/rugby scrum at the gate. That's progress.

I arrived at the airport with the perverse sensation of almost wishing for things to go wrong, but that soon passed - travelling with children means praying things go as close to clockwork as possible. The bag drop process went supremely smoothly, but do not, under any circumstances, arrive without having checked in or printed your boarding pass. It's an outrageous Â£70 for the former, and Â£15 for the latter. Ah, but you do receive email reminders, would be Mr O'Leary's response.

Then the first sign of trouble - the departure board started flashing up an estimated 20 minute delay, normally a precursor to delays of an hour, then two, then more. But, miracle of miracles, the delay shrunk until we boarded and took off exactly on time, and even arrived early in Italy. The plane itself was virtually brand new and part of Ryanair's extremely young fleet, and while the legroom could never be described as cavernous, it's technically no worse than Easyjet's, albeit with narrower seats. The cabin crew are still geared up for the hard sell, but get the headphones on and settle into a good movie on the iPad and the flight should pass bearably.

After a blissful few days with the sprogs we returned to the airport to coincide with an Italian baggage handlers strike (not an irregular occurrence) but not even that could stop the flight departing and arriving on time. Cue the annoying Tannoy fanfare and boastful announcement about Ryanair's punctuality record, but once the bags were collected and we were on the road home I had to admit the whole process had been almost pleasant. Punctual flights, new and decent hand luggage allowances, bags actually arriving on the same day as passengers, that sort of thing. O'Leary's switch to charm offensive from merely offensive will take time to bed in, I'm sure, but I'm dreaming of a day when flying Ryanair is as pleasant as Easyjet or BA because the problem at present is that only Ryanair fly to some pretty darn interesting places (prime example: Fez in Morocco).

So am I now recommending we all fly Ryanair? One swallow does not a summer make, as they say, but watch this space. Don't forget there was a time when Easyjet were pretty rough around the edges, but they're now as good, and sometimes better, than BA. For that reason I'm giving Ryanair another go next month. Get ready for the rant. 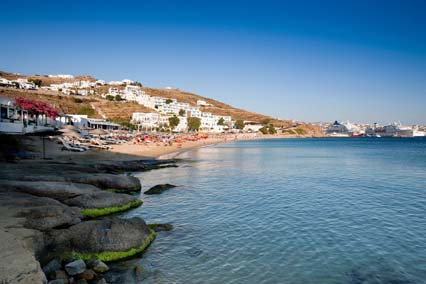