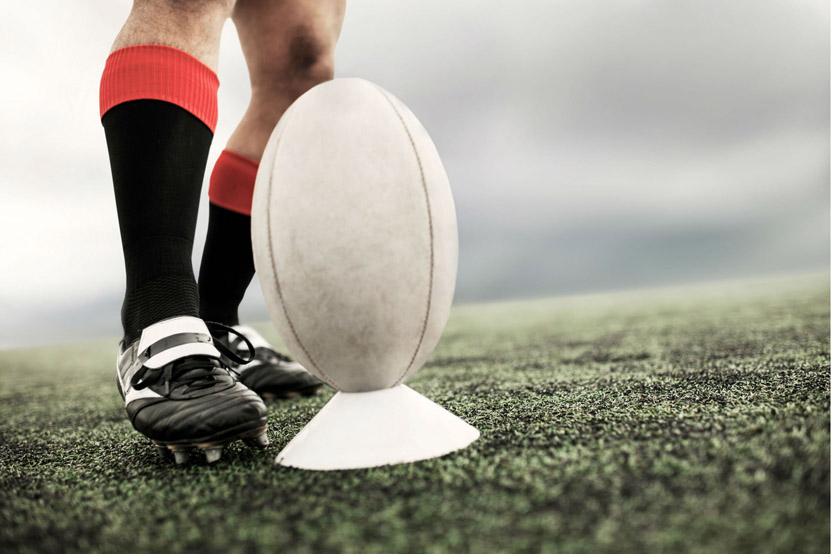 Let's be honest - rugby is not for the faint hearted. It's a game of fervent patriotism, fierce rivalry and tough men running around hitting each other (a highly technical assessment, we think you'll agree). And with the Rugby World Cup gathering pace, it's hard not to get swept up in the excitement. Which led us to think (always dangerous) about the very best places on the planet to chuck a rugby ball around, from beautiful beaches to frozen lakes, and everything in between. So here goes, eight of the best places on our dear earth for a casual game of rugger...

The beach is the perfect spot for throwing a ball around and beaches don't come much better than at Royal Davui Resort in Fiji. Think quintessential powdery white sand, swaying palms and glistening ocean - the perfect backdrop. Fiji also has a great history of youngsters practising their skills with a game on the beach. In fact, two players in the World Cup, Fiji's Kudriotani and Australia's Nadolo, used to play against each other in these barefoot beach matches.

Confession alert: this wasn't our idea. This particular feat has actually just been completed by former England stars Tim Simpson and Ollie Philips - tackling the cold (excuse the pun), surviving bitter winds and dodging polar bears to make a pitch at the magnetic North Pole where two teams battled it out for rugby glory.

Rugby matches generally conjure images of foggy, dreary days, with players up to their ears in mud. Well, why not transport said conventional muddy rugby game to the desolate beauty and vast open spaces of the Namib Desert? While this all sounds very cool, the Namib Desert is anything but with temperatures reaching upwards of 40Â°C, so best to wait until the evening. A moonlight game of rugby set in 50,000 square miles of desert - where do we sign up?

I once reached the top of Arthur's Seat only to hear a group of tourists mumbling that it was false advertising - there not actually being a seat when you get there! And after such a steep climb, who can blame them? Despite the lack of seating, Arthur's Seat provides unparalleled views across the beautiful city of Edinburgh, and what a backdrop for a casual game of rugby. The Scotland Rugby team seem to agree; they hold a lot of their training up there, sprinting along the crags... perhaps we'll give that particular activity a miss.

Hong Kong Stadium, although perhaps not the most iconic of rugby pitches, is however home to the Hong Kong Sevens. With some of the world's top teams playing first class rugby and the crowd dressing up in all kinds of fancy dress, it gives the whole arena a carnival like atmosphere -an ideal setting for some cross-seat catch. Plus, you're in Hong Kong so once the rugby is over, it's time to head out and explore the city...

Xtreme Rugby in the Andes

If all of these options are sounding a little tame for what, quite frankly, is a pretty tough game then look no further than Xtreme rugby in the Andes. It pretty much does what it says on the tin - a rugby game played on sloping, snow-covered pitches in cold, biting conditions at high altitude in the beauty of the Andean mountain range. Crikey. And why not team it with some skiing while you're at it?

Brazil has gone nuts for Rugby this year, creating the first ever permanent beach rugby pitch on the iconic Copacabana beach in Rio de Janeiro. This spectacular, and rather unusual, pitch is not just for professionals but is open to the public and free to use. The Brazilians are using rugby to teach children the concept of 'social inclusion' and, ultimately, to try to get them to play something that isn't football!

We've saved the best until last - a game of rugby on a frozen lake in St Moritz. Terrifying? You would have thought so but with five fluffy inches of snow resting above the ice it's remarkably easy on the body. And the ice beneath is so solid that the lake also plays host to a yearly polo tournament - a spot of rugby, then, should be child's play! Our very own Nick Newbury has first-hand experience of playing rugby in St Moritz - two words: 'sore' and 'cold'.

So there you have it. The very coolest places in the world to throw a rugby ball around. We're off to watch more of the World Cup.