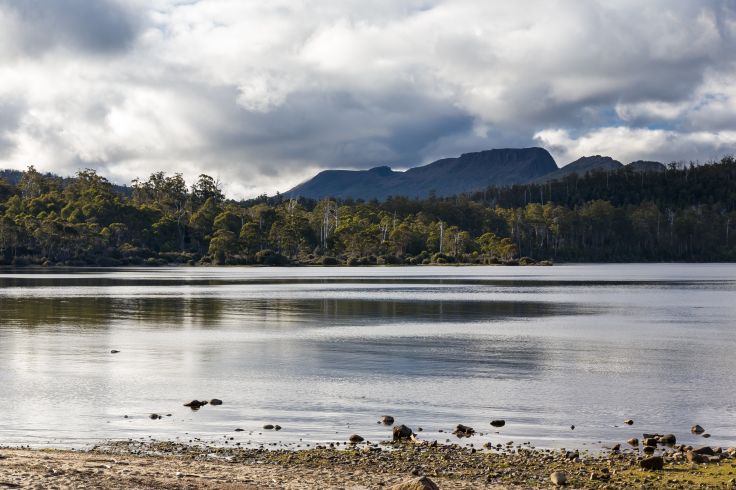 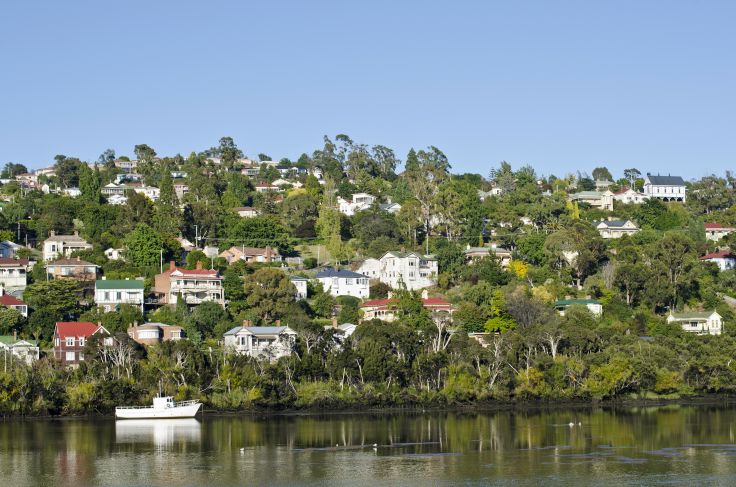 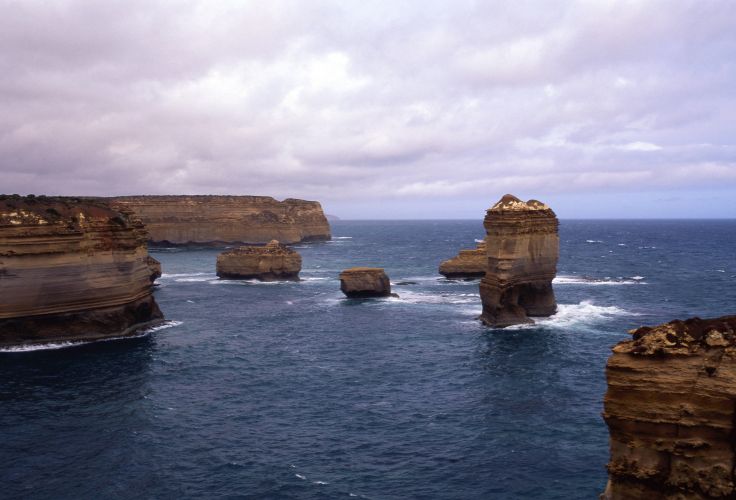 Designed for lovers of the outdoors and protected natural environments; and those curious to experience the freedom of exploring the Australian myth by road, this journey showcases the most beautiful landscapes on Australia's south coast. Cities: First off Melbourne and its vibrant culture, then Hobart the capital at the end of the world, and then Adelaide as a gentle end to the leg; islands: secretive and wild Tasmania and the famous Kangaroo Island; and a scenic, iconic road of southern Australia: the Great Ocean Road.
With your hire car, you have the freedom to explore the wild interior of the islands and the scenic coastal roads.
This means it's a self-drive adventure, but without the logistical hassle, and with the assistance of our local Concierge service. In terms of where to stop off, we have selected a favourite of ours such as the Cradle Mountain eco-lodge in Tasmania, and recommended fine places to eat to get a flavour of the local gastronomy and wines of southern Australia.


Tasmania - Tasmania is a special destination; green, wild, in a setting of picturesque villages and wilderness. An island state for lovers of walking and pristine nature. Lakes, rivers, mountains and national parks cover half of the island; and to the south, at the end of the world, Hobart and its glittering bay, the starting point for international scientific missions to Antarctica.
Great Ocean Road - From Lorne to Apollo Bay, the scenic road is breathtaking. The blue hues of the sea contrast with the green terrain. Here, embrace the sea spray, hidden waterfalls in the forest and surf spots around the cliffs. Farther afield, the impressive rock formations of the Twelve Apostles rise up from the waves like a mirage.
Kangaroo Island - A 20-minute flight from Adelaide, it's one of the area's great attractions. Australia's answer to the Galapagos is, in fact, a patch of untouched and wild land protected by impressive rock formations carved away from the mainland by the battering they take from the wind and waves. The human population of around 5,000 is far outnumbered by the local wildlife such as koalas, whales, giant lizards and sea lions, and, of course, kangaroos everywhere.

Departure in the evening, scheduled flight at night. Arrive the next morning in Melbourne.

Morning arrival and two-night stay in a small, private St Kilda address. The hotel's ambience reflects the neighbourhood: relaxed and with a slightly arty feel. Feel free to explore the local area your way with a morning coffee on the terrace, a shopping trip through the local art galleries, a spot of fishing on the pier, a drink at the pub or an evening stroll along the Esplanade.
Things to see and experience Stroll through the countless alleyways, lanes and covered passageways with their host of hidden cafes, shops, artist workshops and street art - Sit on a secret terrace and watch the buzzing life of the city - Set up camp on the lawn of the Royal Botanic Gardens for an outdoor cinema - Soak up the bohemian atmosphere of Fitzroy, and its must-see Brunswick Street and Gertrude Street - Enjoy a tour of the Ian Potter Centre or the Municipal Library - Browse the small shops along Acland Street close to Luna Park.

Fly to northern Tasmania. Pick up your hire car at Launceston Airport and stop for a night on the waterfront, in a lovely location with view of the city, the Tamar River and the surrounding mountains.

Take the road to Cradle Mountain-Lake St Clair National Park, a beautiful UNESCO World Heritage wilderness that boasts primitive and untouched nature. The area is a true hiking paradise with trails for all abilities and levels of experience. Enjoy a two-night stay in an eco-lodge that is often hailed as one of the most beautiful places in Tasmania, both for its stunning wild setting and for its fireside dining and spa.
Things to see and experience - Spend an exhilarating day climbing Cradle Mountain which towers at 5,100ft tall, walking through rocks and spectacular vistas - If that seems a bit too energetic, why not photograph the mountain from Dove Lake - Warm up by the fire in a chalet - Take a walk around Lake St Clair, Australia's deepest natural lake at 550ft.

Your three-hour drive takes you on a breathtaking descent between mountains, forests and lakes to reach the coast and the small fishing port of Strahan, built on the edge of the primary forests of south-west Tasmania.
Things to see along the way - Lake Rosebery and Lake Mackintosh - West Coast Pioneers' Memorial Museum in Zeehan, a museum that explains the history of local mines.
Overnight stay is in a peaceful and comfortable motel facing Strahan Bay.

Leave for Hobart, located on the other side of Tasmania's southern tip. The road snakes through lush vegetation, revealing waterfalls, lakes and mountains (the first 22 miles to Queenstown have more than 80 bends).
On the way - See Nelson Falls in the heart of the rainforest - take a short detour through Mount Field National Park to see Russell Falls - visit Lake St Clair and Lake King William.
Upon arrival in Hobart, check in for your two-night stay in a beautiful historic house converted into an elegant hotel with impeccable service, just a stone's throw from Salamanca Place and the city centre.

Leave behind wild Tasmania and fly back to Melbourne. Overnight stay is in a modern hotel in the new Docklands district that's lively by day and peaceful by night, close to the CBD.

A day's drive takes you to the small town of Port Fairy, whose old-fashioned charm is reminiscent of New England. Overnight stay is in a beautiful and charming residence, on the banks of the river and overlooking the marina.
Things to see and experience along the way - Stop off at Maits Rest for a short 30-minute walk among the ferns and giant eucalyptus trees - Lighthouse and wild koalas of Cape Otway - Iconic Twelve Apostles, the jewels of the Great Ocean Road - Lunch at the tiny harbour ofPort Campbell - Lookout points over the coastal rock formations, including The Arch, London Bridge and Bay of Martyrs.

From Port Fairy, head west along the coast through Portland and Nelson.
Things to see and experience - Coastal walk and blowholes aroundCape Bridgewater - Whale watching - Watch the birds around Nelson, where the river meets the ocean.
Continue on towards Mount Gambier and its Blue Lake nestled in the crater of an extinct volcano, then take the road to Coonawarra, a winemaking region renowned for the quality of its soils and which produces excellent red and white wines including cabernet and sauvignon). Overnight stay is in a small residence surrounded by vineyards.

Leave the Coonawarra Valley and its endless horizon of vineyards to enter a vast wooded plain. It's a peaceful drive to the small coastal town of Victor Harbor on the Fleurieu Peninsula for an overnight stay in simple but comfortable accommodation, nestled on a hillside in the middle of a beautiful park.

Drive to Cape Jervis and take a ferry ride (45 minutes) with the hire car to Kangaroo Island, one of the area's major attractions.
Things to see and experience - Visit a eucalyptus distillery to sample some local wines - Stop off to witness sheep shearing - Learn about the life of Hanson Bay Sanctuary's koalas - Greet the sea lions at Seal Bay - Walk the white sand dunes of Little Sahara - Take in the long wild beach of Vivonne Bay - Explore Remarkable Rocks and its imposing granite boulders - Visit Flinders Chase National Park - Head towards Admiral's Arch, home to a colony of New Zealand fur seals - Search forkangaroos, wallabies, possums and wombats, at night and with a local guide.
Spend overnight stays in the wilderness first, on the fringes of Flinders Chase National Park, then by the seaside in a simple yet comfortable Kingscote address.

Return your hire car and fly to Adelaide. It's the only metropolis in the country that does not have glittering skyscrapers, which is probably what makes it so charming and authentic. It has an 'urban-meets-countryside' feel that makes it a great place to live. Enjoy the local food and the quality of the surrounding vineyards.
Overnight stay is at a chic, contemporary hotel, in a pleasant location close to the city centre and prized for its rooftop garden.

With a few extra days

This is one of the most iconic waterfront locations on Earth. Adorned with its sail-like opera house and bridge overlooking one of the most beautiful bays in the world, Sydney has a wealth of gems to explore, whether through its neighbourhoods including the City, The Rocks, Paddington and Newtown; or through its world-renowned beaches of Bondi and Manly; or by exploring its natural wonders such as the Blue Mountains and the Hunter Valley.
Option

Drive through the scorching air in a 4x4 Take the track through the Red Centre, the spiritual heart of the country. This area plays host to some of Earth's most breathtaking natural wonders: the sunset over the reddish-brown monolith of Uluru; the mystical aura of Kata Tjuta's 36 golden rock domes; the huge dust clouds that pass over the vast expanses of red earth; and the dizzying rock formations of Kings Canyon.
Option

To explore the Sunshine State, we recommend staying on a secluded island off Cairns or in the city itself, the centre of an extraordinary tropical region with a rich natural bounty found nowhere else in the world. To the east lies the Great Barrier Reef; to the north, the wilderness region of Cape Tribulation and Cape York; to the west, the Atherton Tablelands; and beyond, the Gulf Savannah and the vast expanse of the Outback.
Optional

Dependent on season, accommodation and activities
September to June (excluding Christmas - New Year)* Budget from £7,000 to £9,700 per person. . Budgets may vary depending on airline availability. Note that we do not recommend this trip in July-August, as winter can be harsh in Tasmania and temperatures are cold on the Great Ocean Road.
A few of the benefits of travelling with us

Get in touch
Our experts have the inside track on the destinations they sell and will tailor-make a holiday to your unique requirements.
START PLANNING YOUR HOLIDAY
Contact one of our Australia specialists
+ 44 (0) 20 3958 6120 Start Planning Your Holiday 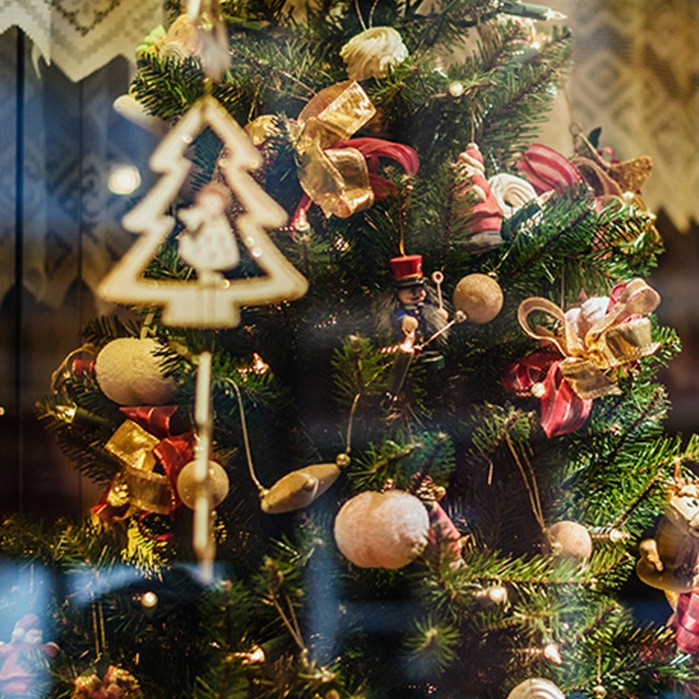