Starting out from Imlil, the ascent of 13,671ft Jebel Toubkal is a non-technical climb that requires an overnight stay in a basic but comfortable refuge on route.

Original Travel can arrange for an expert guide to lead the ascent and book the refuge. Mules and local porters are also available for anyone wanting to turn this into a full blown operation, and on arrival at the summit, the views of the Atlas Mountains are suitably rewarding.

Then spend a few nights relaxing at one of the excellent lodges in the foothills, regaling anyone who will listen as to how you just knocked off North Africa's highest peak.

As desert-lovers ourselves, we've been scouring our Big Short Break destinations to come up with the ultimate short break desert experience. Now, dear reader, we think we've cracked it with our Sahara helicopter safari.

Introducing our Sahara helicopter safari, combined with a stay in possibly the finest luxury hotel Morocco has to offer. A word of warning, this trip is not for the faint of budget, but for anyone time-pressed and wanting an incredible 'trip-of-a-lifetime' desert experience, this is as good as it gets.

While everything is - as always - completely tailor-made, we recommend the following. On arrival into Marrakech Airport, you are met and taken across to the onsite helipad from where a private helicopter whisks you over the beautiful Atlas Mountains to the hugely romantic Dar Ahlam Desert Camp. Don't let the word 'camp' put you off, though - this is the dictionary definition of glamping, and as far removed from sleeping in a Millet's tent as it's possible to get without being in an actual building.

The camp is deep into the nearest dune sea (rather than scrub desert) to the UK, the vast Sahara that stretches out southwards from the town of Ouarzazate, and is so remote that to drive there from Marrakech would take the small matter of eight hours - hence the heli-recommendation.

There are just ten beautifully designed and decorated tents, kitted out in the same style as the luxurious rooms at Dar Ahlam, the desert camp's sister property near Ouarzazate. We probably only recommend one night at the camp, but that should be magical enough thanks to the location and onsite staff, who can arrange for a romantic candle-lit private dinner in the dunes (ideal for anyone planning a proposal), massages in your tent, or a dawn walking tour to understand more about desert life.

After a day and night to remember, we recommend driving (or helicoptering again if you're really pushing the boat out) back to Dar Ahlam proper to experience a night or two of serious kasbah luxury, before heading back (again, by 4x4 or heli) to Marrakech where you can extend your stay with another night or more in one of the many slick riads in the medina before flying home. Few trips will score higher on the 'what did you do at the weekend?' boastability scale.

Kite-surfing is surprisingly easy to pick up, and with an enormous beach and consistently powerful wind, Essaouira offers the perfect environment to learn this adventurous new sport.

We recommend a week to really get to grips with the sport, but a couple of days with correct instruction should see most beginners get at least a good grasp of the basics.

For surfers of a non-kiting persuasion, the break at Sidi Kaouki - just half an hour away - is one of the best on Africa's Atlantic Coast. Original Travel can arrange board hire, lessons and/or transfers.

Trekking in the Atlas Mountains

Wherever you stay in the foothills, or the Atlas Mountains proper, we can arrange treks to suit all abilities and inclinations, from short circular walks to the Ascent of Jebel Toubkal, the highest peak in North Africa.

The stark beauty and dramatic scenery are reason enough to want to walk here, but the Atlas Mountains are also one of the last redoubts of traditional Berber culture, so there's a wonderful element of ethnic immersion too.

Treks are always in the company of a mountain guide, and on longer and overnight treks the guide will also have a mule to carry supplies and food.

Walk along mountain paths through Berber villages and beside icy mountain streams before stopping for a picnic lunch in the shade of a walnut tree grove. If trekking further, stay overnight with a local Berber family or in a cosy lodge. This is basically the perfect way to decompress after a few days in buzzing Marrakech.

Two particularly recommended treks include the Anfa Trek, which climbs through juniper and oak forests to the peak of Mount Asloun at 5750ft with its spectacular views of the Asni Valley, before continuing through Tamgounssi Pass. Alternatively, walk up through climb up the Aguersioual Pass to the remote villages of Ikhiss and Tinoughrine. After a picnic lunch in a traditional Berber house, head up to the Tamatert Pass before heading to the village of Imlil, home of Kasbah Toubkal, for a well-earned rest.

Your mountain guide will normally have a mule who can carry supplies. Should you run out of puff you can always hitch a lift!

Fez is undoubtedly fascinating in its own right, but also makes a perfect staging post for a visit to many of other of Northern Morocco's marvels.

We can arrange a guided day trip to take in three particular highlights, starting with the Roman colonial town of Volubilis, a UNESCO World Heritage Site. The site, originally a Phoenician settlement, got the Roman treatment in the 1st Century AD, and ended up a 100 acre site complete with basilica , triumphal arch and temple. The partially excavated highlights also include the houses of several wealthier denizens of the town whose elaborate mosaic floors are still intact and visible. The town was abandoned in the 11th Century, then devastated by an earthquake in the 18th century and looted for stone by builders in Meknes, so it's something of a marvel that the remains are so well preserved.

Next stop (and just three miles away from Volubilis) is Moulay Idriss, considerd the holiest site in Morocco. Only recently welcoming to foreigners, the town is named after the founder of the dynasty (and direct descendant of Mohammed) responsible for bringing Islam to Morocco. The town - another resting place for much of the masonry from Volubilis - is best explored by wandering the classically narrow and winding alleyways in its medina.

The final stop on the tour is another of the Imperial Cities (Marrakech, Fez and Rabat being the others) - Meknes. Another UNESCO site, Meknes is famed for its massive defensive walls and gardens and for having so many mosques it earned the sobriquet 'the City of One Hundred Minarets'.

It's worth walking up one of the hills surrounding the town of Moulay Idriss to get a lovely view of the whitewashed houses hugging twin hilltops. Try to spot the mosque with the round tower, supposedly the only of its kind in Morocco. 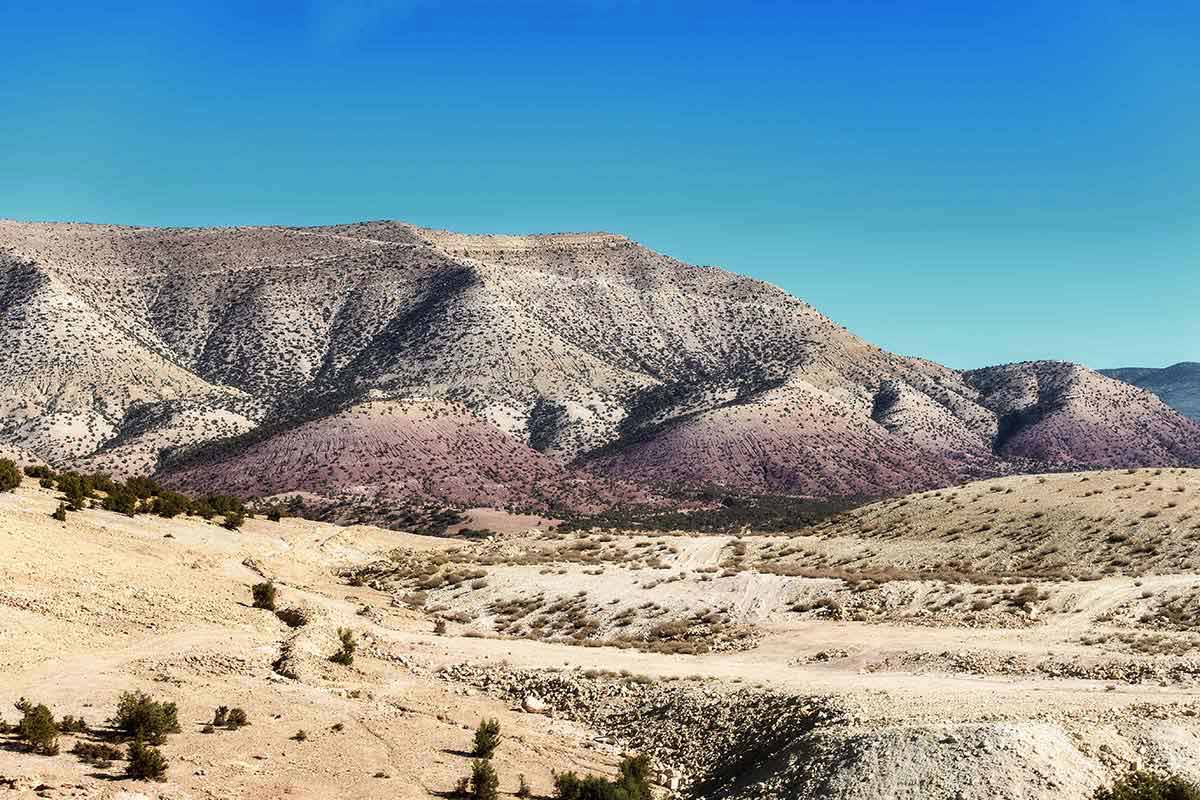 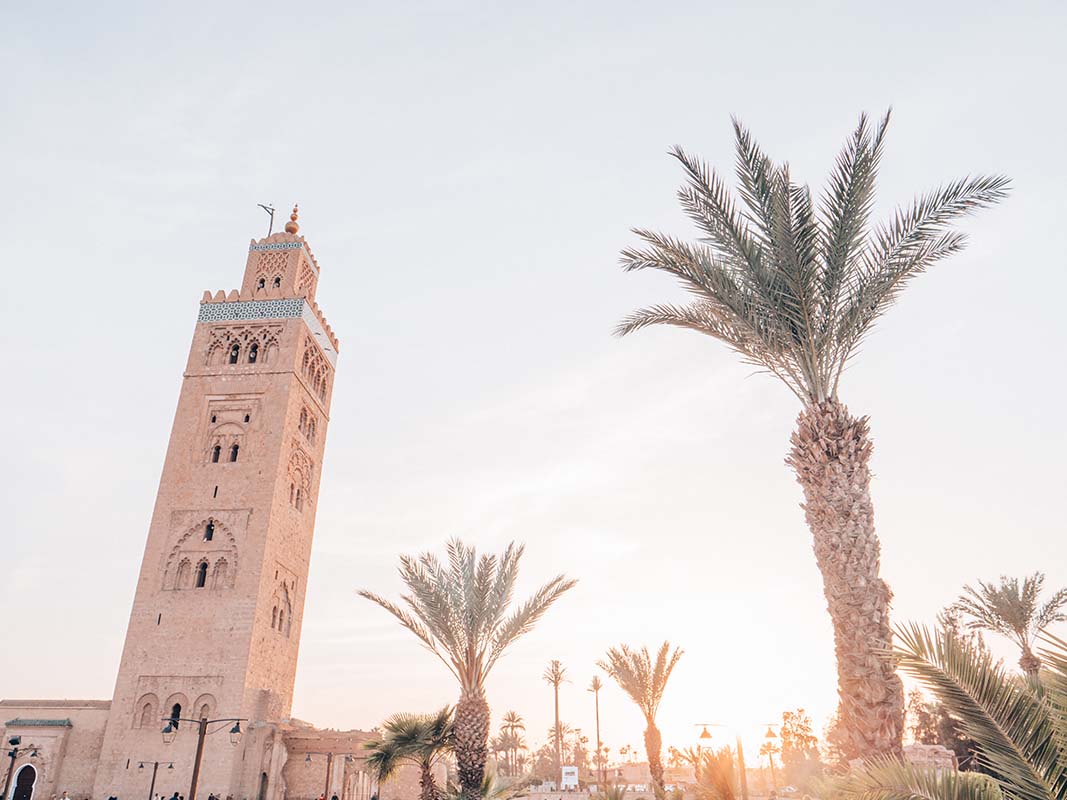 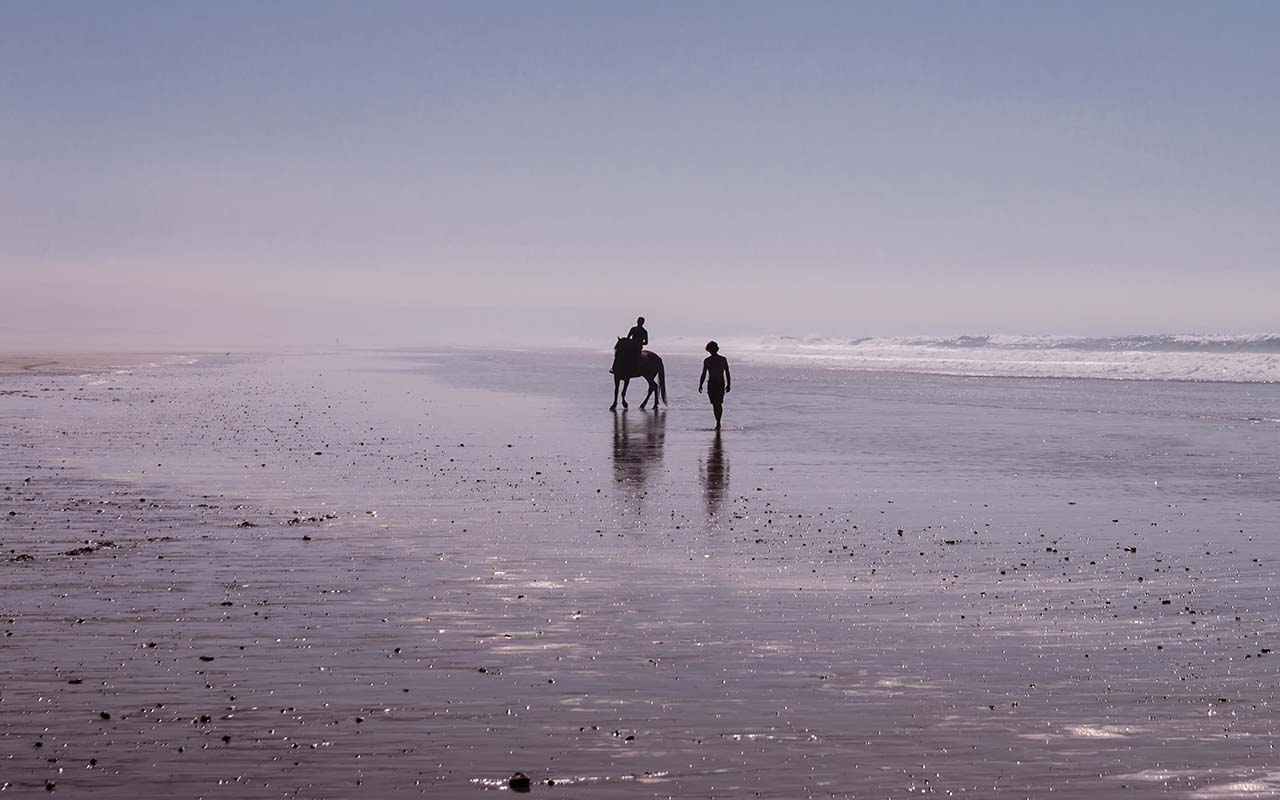 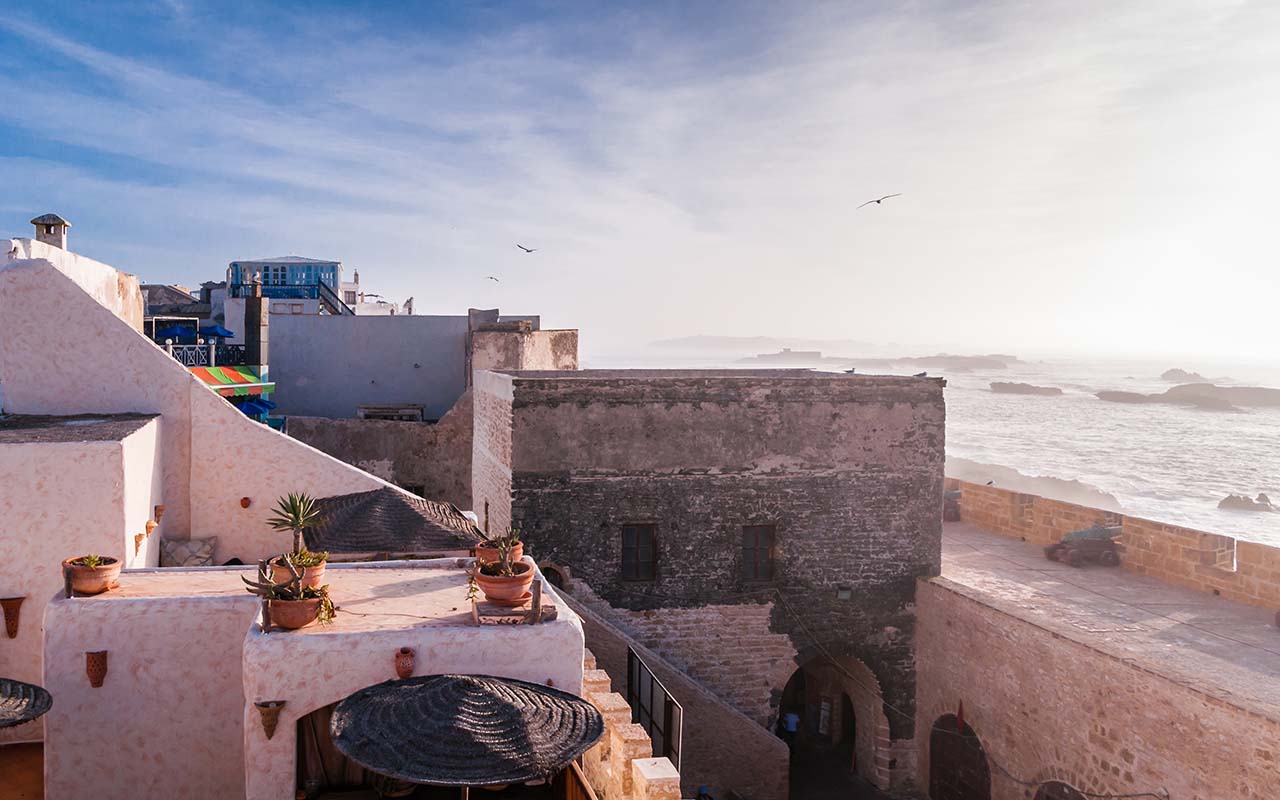 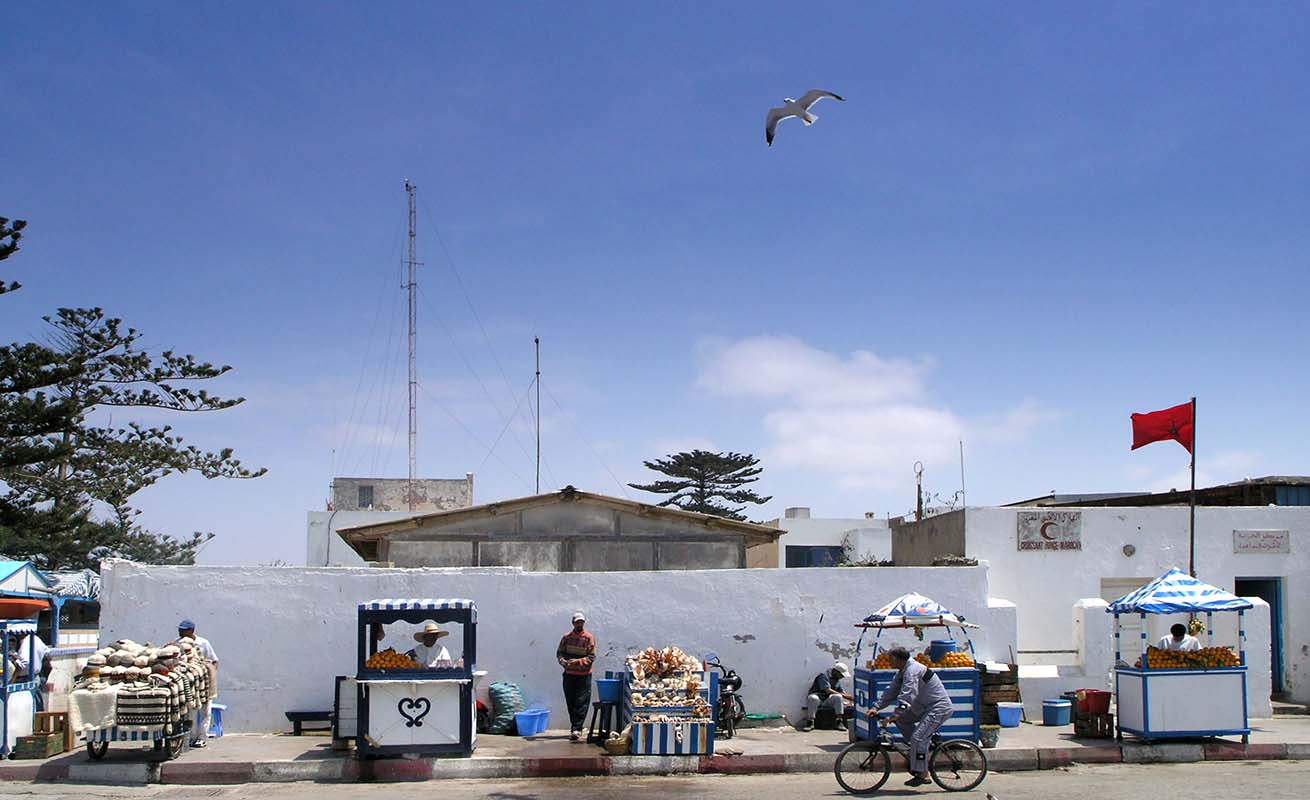 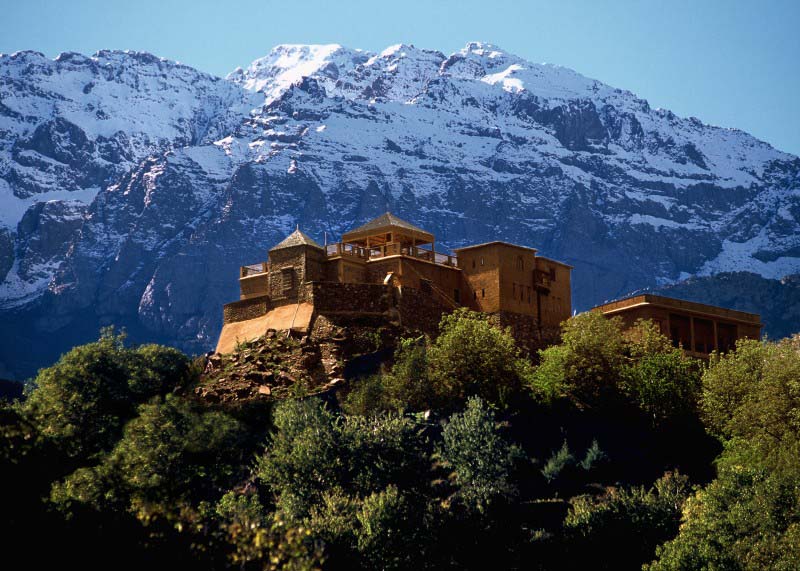 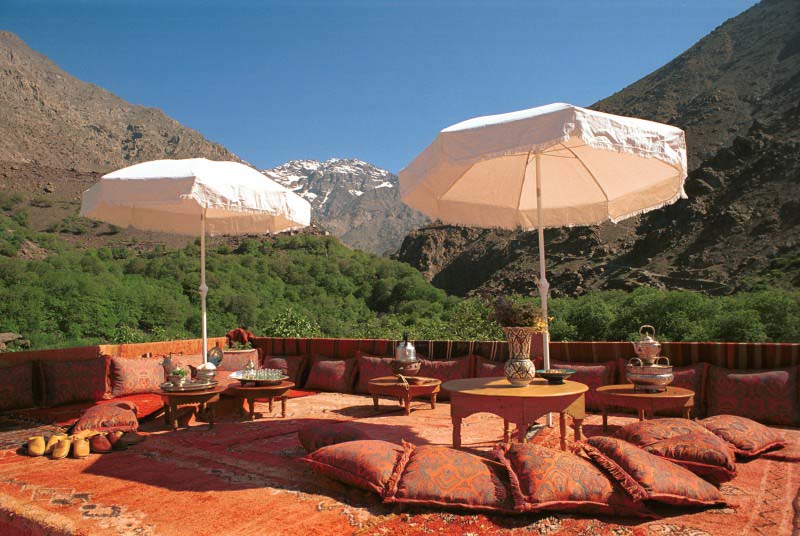 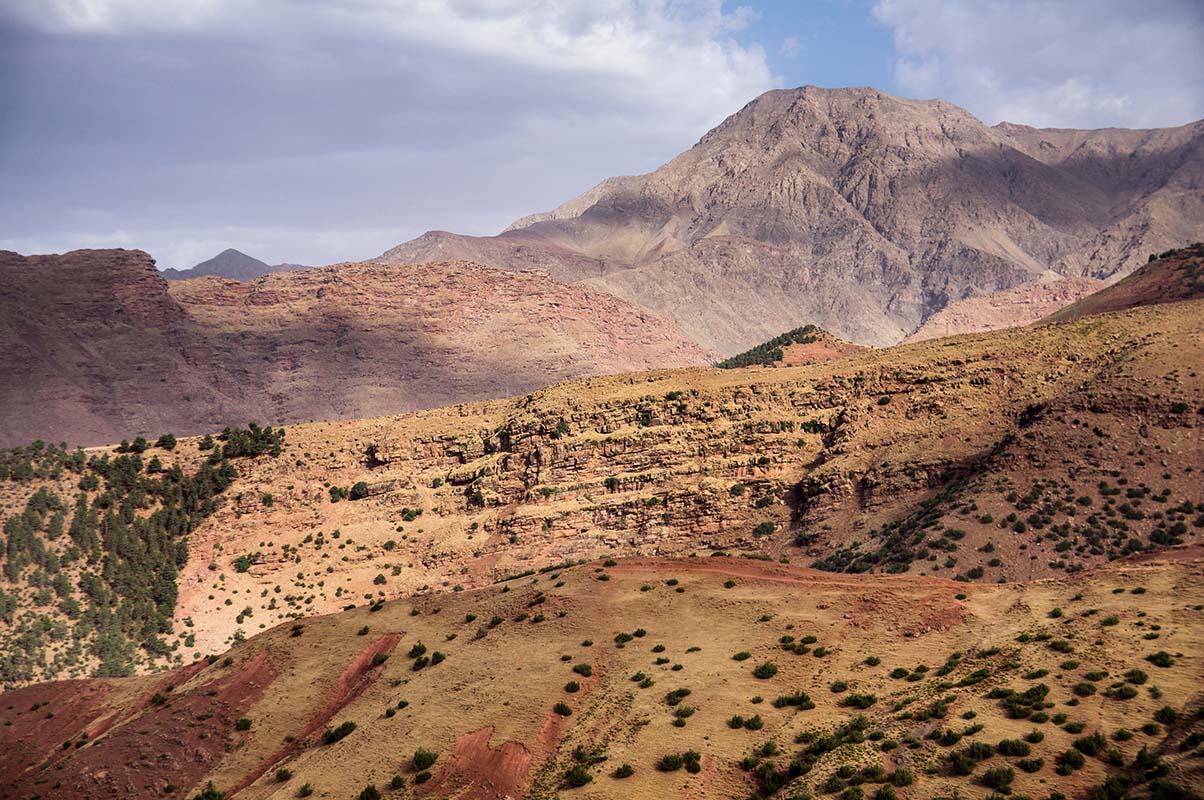 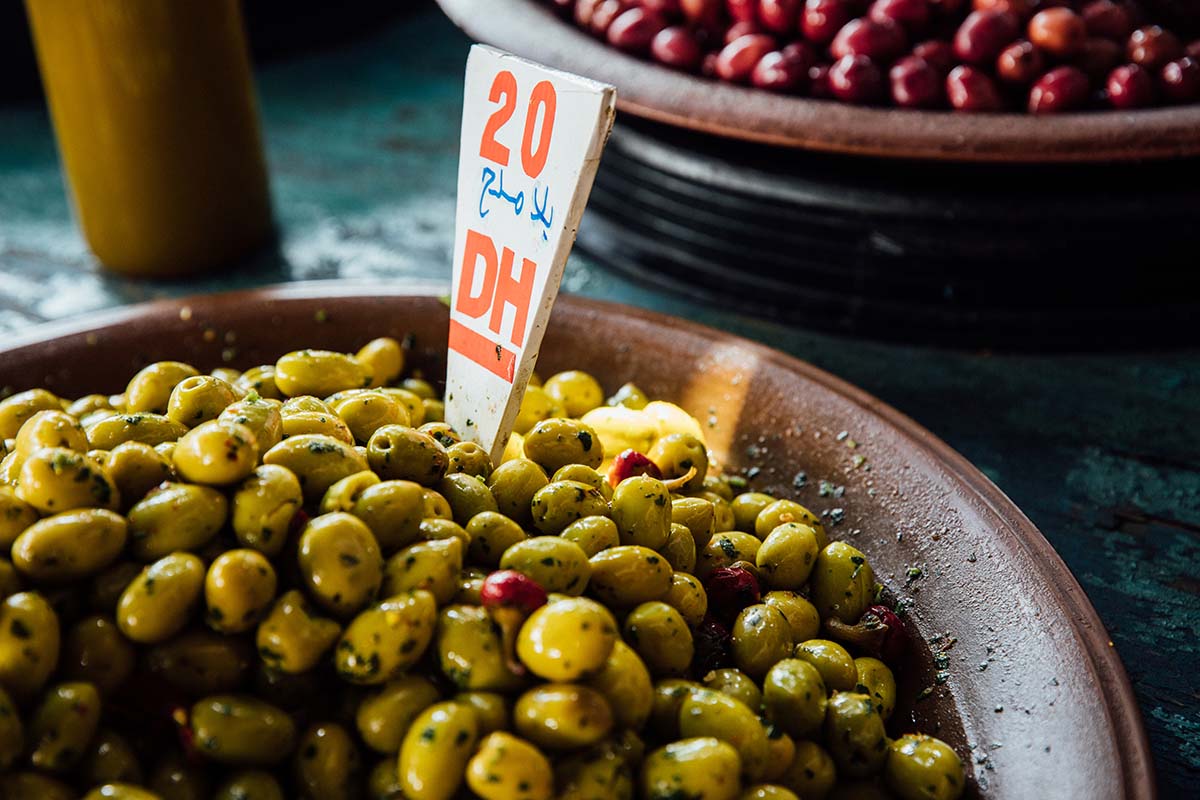 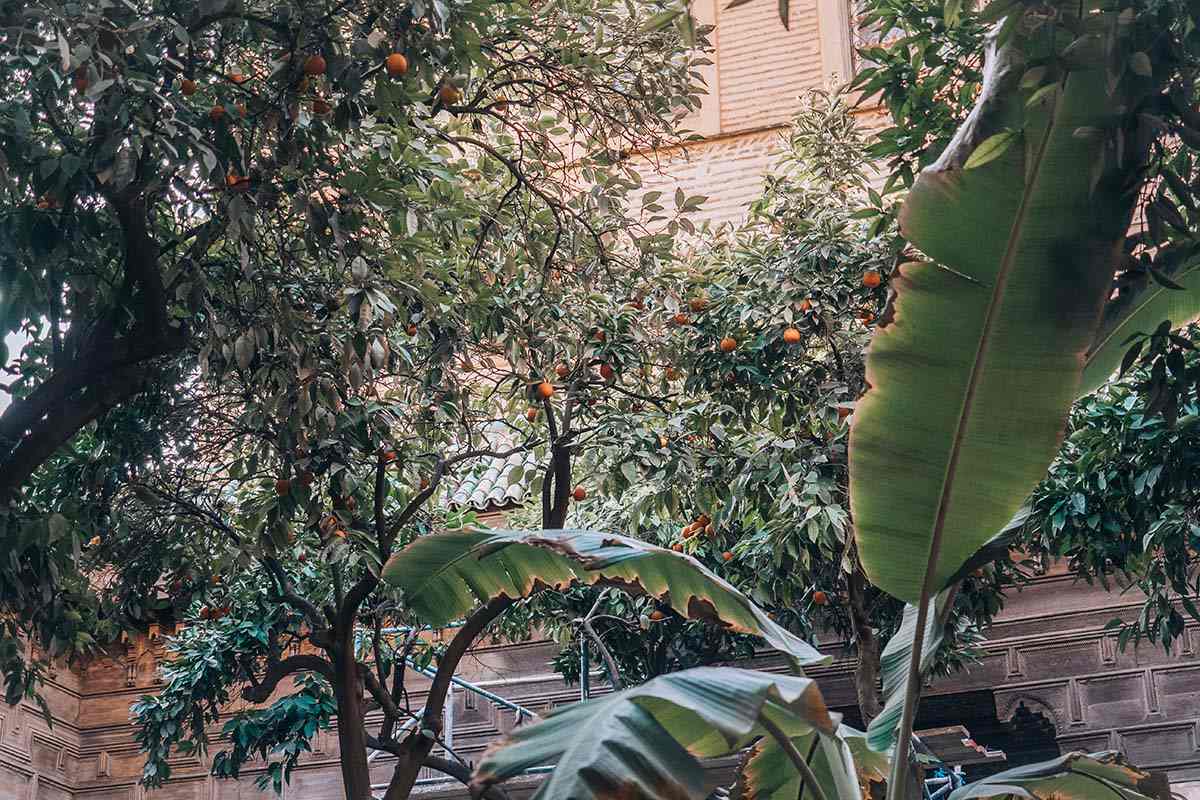 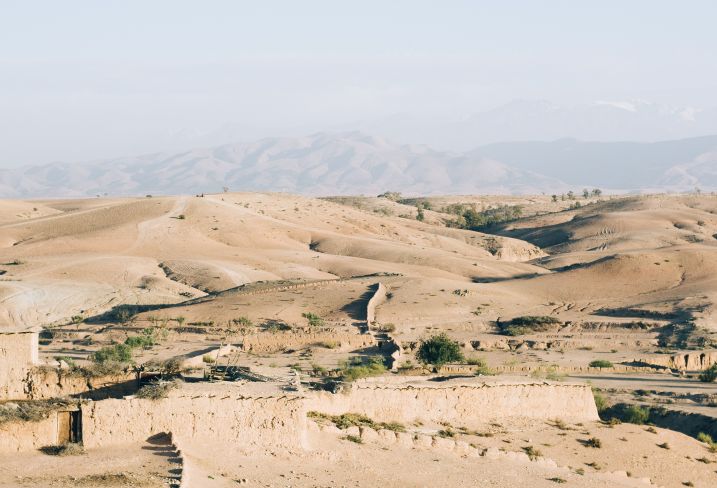 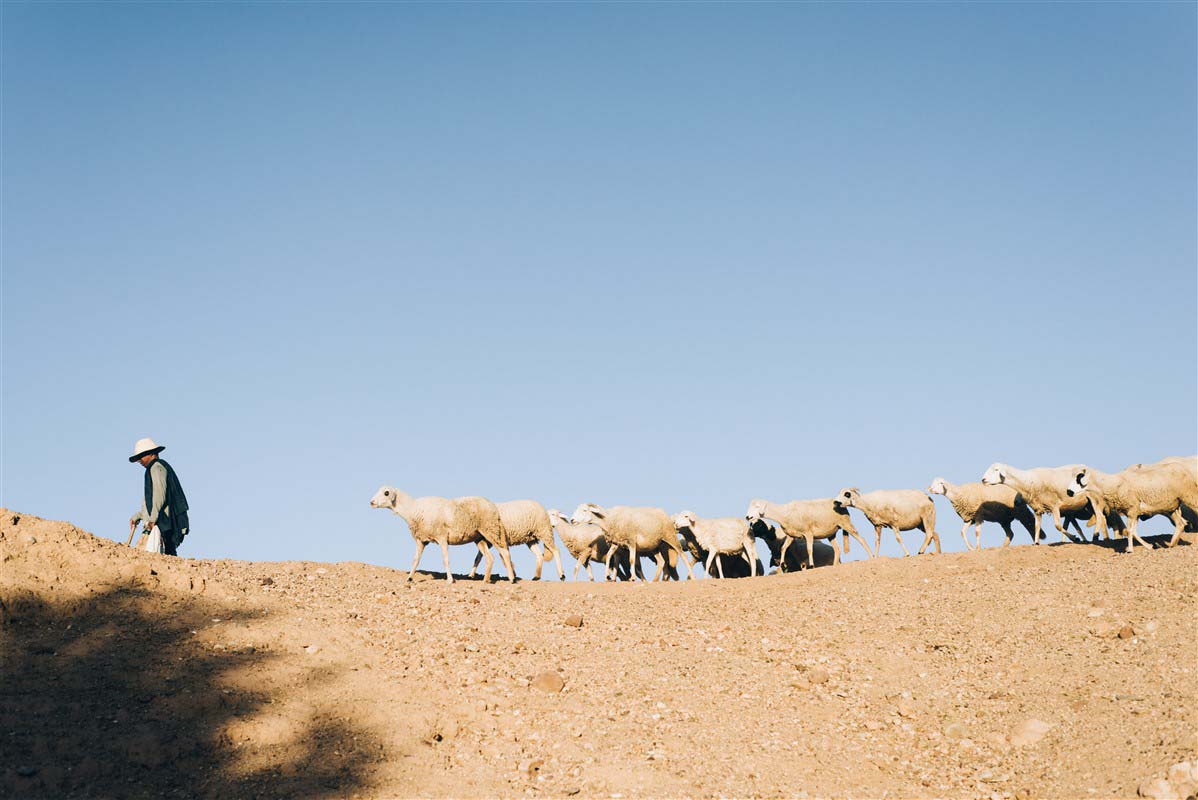 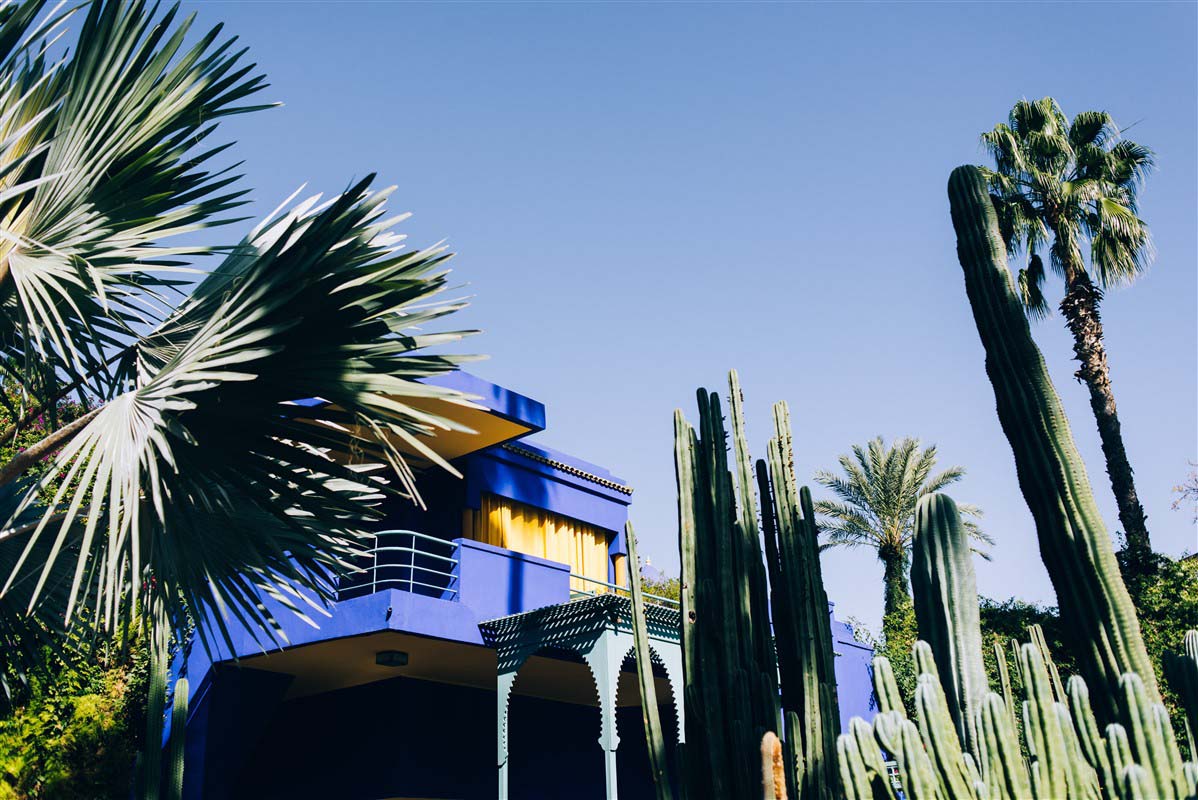 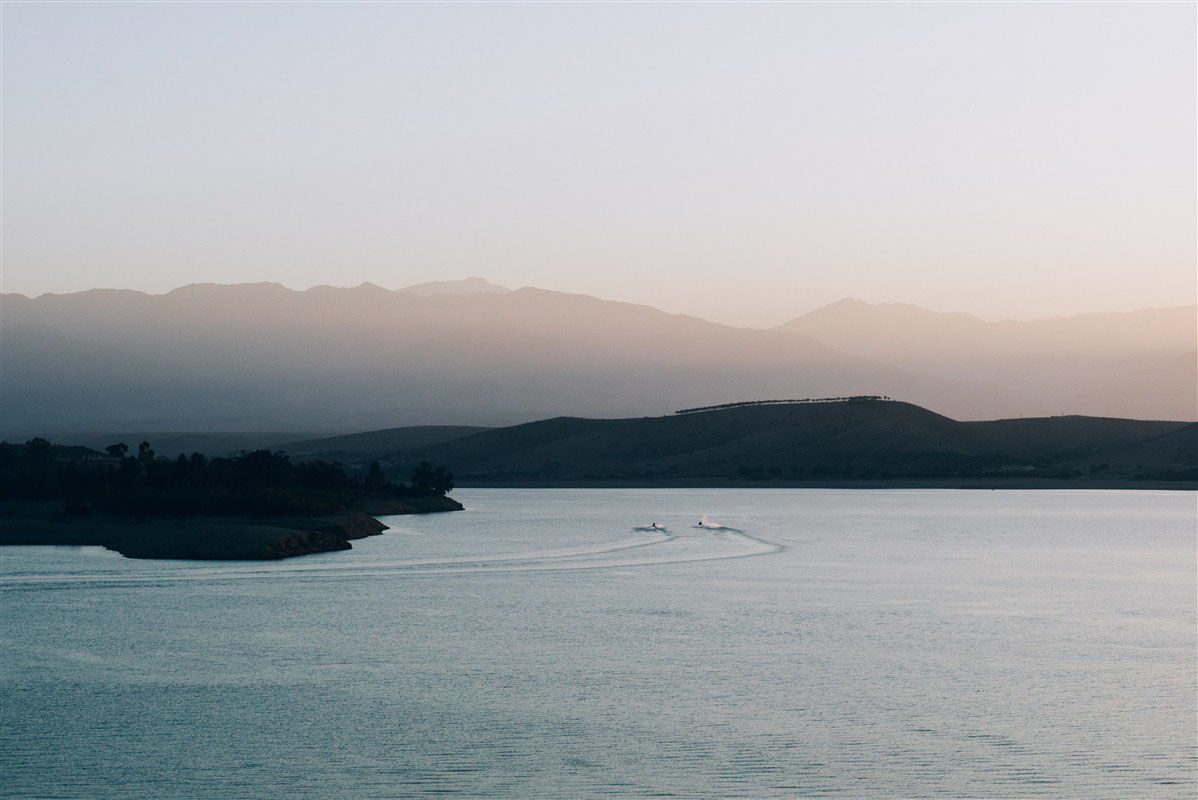