The official language is Malay.

English is widely spoken. Chinese, Tamil and a clutch of other dialects are spoken by some of the population.

It’s a cliché, but Malaysia is a true melting pot that’s seen countless waves of immigration. The Malays make up around 50% of the population, inhabiting Kampuchea, the Malay Peninsula and the Pacific islands around 3,000 years ago. The Malay Peninsula lies very close to Sumatra and Malay, and for centuries, the Malacca Strait remained a sort of transition between the different groups of the same family. Before Islam spread across the country, the Malays were animists – with core beliefs lying in the power of nature and their spirits. The bomoh and pawang (healers gifted with ‘magical powers’) still occupy an important place in society. They generally live in rural areas where they are farmers and are part of the political and commercial landscape of the country.

Elsewhere, there’s the Chinese (33%) and the Indians (9%). The Orang Asli are the ancestors of the Malays, designated under the collective name meaning ‘original people’.

The Semang, the Senoi and Proto-Malays are the main ethnic groups, many of whom are sedentary farmers. Some, however, continue to life in forests and maintain their ancient and traditional ways of life.

The Malay Peninsula, occupied by the Malays, was organised into a feudal society. It became a major trading hub in Southeast Asia, pitched beside the Malacca Strait - a body of water between the Malay Peninsula and the island of Sumatra, that became the main shipping line between the Indian Ocean and the Pacific. The strait remains one of the world’s major shipping routes even to this day. Arab merchants were the first to settle in the territory in the 14th century, converting the populations to Islam. In the 16th century, Europeans arrived, attracted by the spice trade and supplanted the Arab monopoly on trade. The Portuguese, Dutch and the British have all successively controlled the Strait. In 1963, Malaysia took its current form - including the federation of the 11 Peninsula states and the two Bornean territories of Sarawak and Sabah.

Malaysia is a federation of 13 states (negeri) and three federal districts (wilayah persekutuan). States are the 11 of the Malay Peninsula (nine of which are sultanates): Perlis, Kedah, Penang, Perak, Kelantan, Terengganu, Pahang, Selangor, Negeri Sembilan, Melaka, Johor, and the two states of Sarawak and Sabah on Borneo. Malaysia is a member of ASEAN (the Association of Southeast Asia). Parliament consists of the House of Representatives and the Senate. The House of Representatives consists of 192 seats elected by popular vote every five years. The Senate consists of 69 members for a term of three years. 43 senators are appointed by the Yang di-Pertuan Agong (king or supreme leader of Malaysia); two for the Federal Territory of Kuala Lumpur and one for the Federal Territory of Labuan, and 26 are elected by the Legislative Assemblies of the States.

Michelle Yeoh, born in Ipoh in 1962, was the first winner of Miss Malaysia in 1983. She appeared in adverts, in some Cantonese movies and also in films across Asian cinema. Notable works include appearances in ‘Tomorrow Never Dies’ (1997), ‘Crouching Tiger, Hidden Dragon’ (2000), and in ‘Memoirs of a Geisha’ (2005).

Tipping is at your discretion. For all those involved in our company, you have our assurances that gratuities will never replace a salary, but tipping is greatly appreciated. For drivers, we recommend a minimum of £2 per person, per day and to double this for guides. As for hotel porters, it’s recommended to leave £1; between 3-5 ringgit (66p-£1) in Chinese-owned restaurants; generally no tips are expected in Malay or Indian restaurants. It’s best to align your tip with the economy of the place: estimate the amount by comparing with the price of a beer or of a tea to ensure it fits with the standard of living. Always refrain from handing out money or items to people, especially children, in the streets – this just encourages begging.

Do not be surprised if you see a young child offering a pinch of salt to a guest during a meal – traditional Malay meals often begin with these gestures to freshen the mouth by placing the salt at the end of the tongue.

Animist beliefs persist in Malaysia and believers are frightened by the hantu – a form of ghost that can take many shapes and lingers all around. A fall or a failure can be attributed to a hantu, and an animist worshipper will consult a shaman to shake off any evil spirits.

The Malays attach great importance to social behaviour and showing respect to others is incredibly important. A basic level of politeness is always appreciated in Malaysia and they expect us as westerners to behave respectfully and responsibly. Here are some basic rules to know and respect in Malaysia:

There are scores of interesting and beautiful homespun items to buy in Malaysia, from batik textile art, to printed clothes, sarongs, simple fabrics and wraparound pants. Most of them are sold across the country, but especially on the East Coast. If you’re not afraid to escape the tourist trail, head to the region of Kota Bharu, where beautiful kites are made, sold and flown in its wide-open skies. Brand new or antique Malay kris, a distinctive ‘wavy’ blade, are widely available to purchase. Many tin objects, figurines and vases are up for sale in the state of Perak, too.

Malay gastronomy is hugely varied, shaped by influences from Chinese, Thai, Indian and Indonesian cuisines. And eating is a big deal here. Popular dishes include rice (nasi goreng) or noodles (mee goreng), cooked with meat (chicken, beef, lamb) or fish, simmered with coconut milk and flavoured with spices such as saffron, ginger, cinnamon, coriander, garlic and lemongrass. The national dish is satay, skewers of grilled meat, in a spicy peanut marinade. The Chinese eat with chopsticks while the Malays only with their right hand. For dessert, you have to try the durian: it’s a fruit with a pungent whiff, but the juicy and silky flesh will win you over.

There is drinking water in most large cities, but it is recommended to drink bottled water and avoid ice. When buying bottled mineral water, always check the seal hasn’t been broken. Thirst-quenching, fresh fruit juices are sold almost everywhere, from city street food stalls, to village markets. A legacy of the British colonisation, tea plantations stripe the country’s interior (particularly in the Cameron Highlands) and you can often find an excellent cup of tea. It’s almost always served with sweetened condensed milk, Indian style (teh tarik). Elsewhere, try the Bali water – a white Chinese drink. Alcohol is scarce and expensive, and it’s more or less banned in the states along the Islam-ruled East Coast. That said, the local beer (Tiger or Anchor), is easy to find and soft drinks are ubiquitous and cheap. 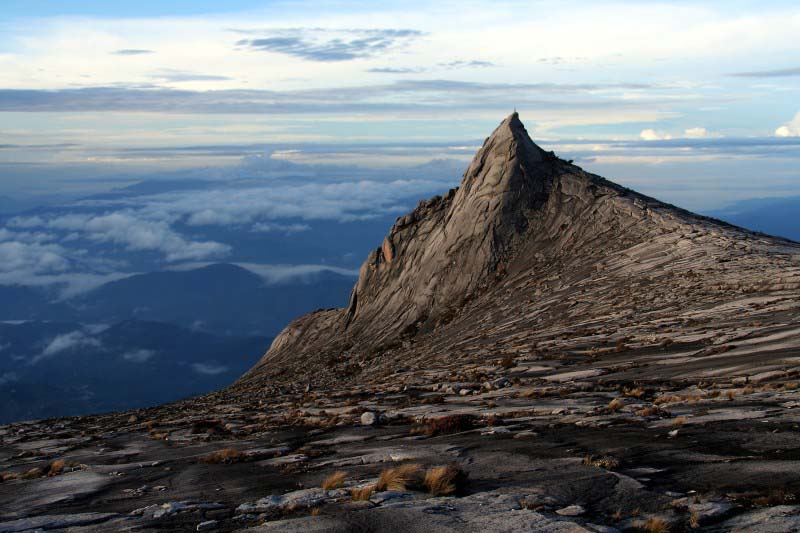 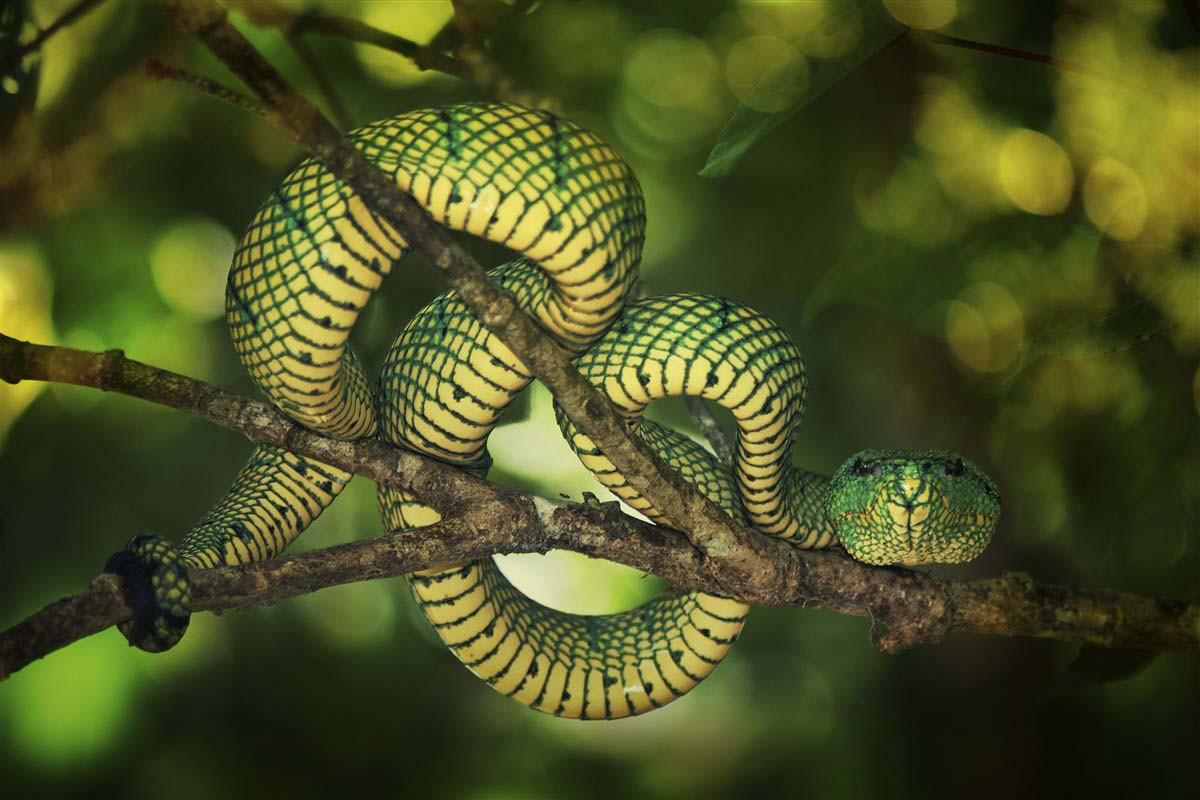 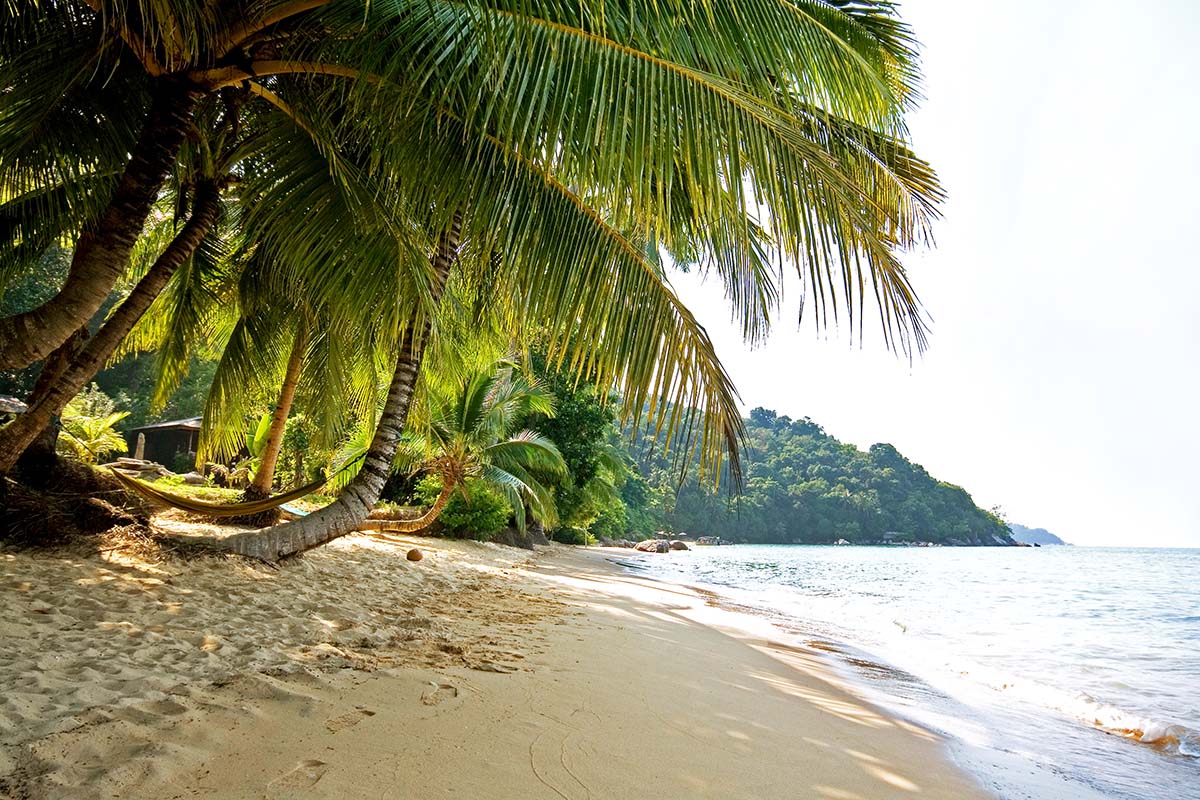 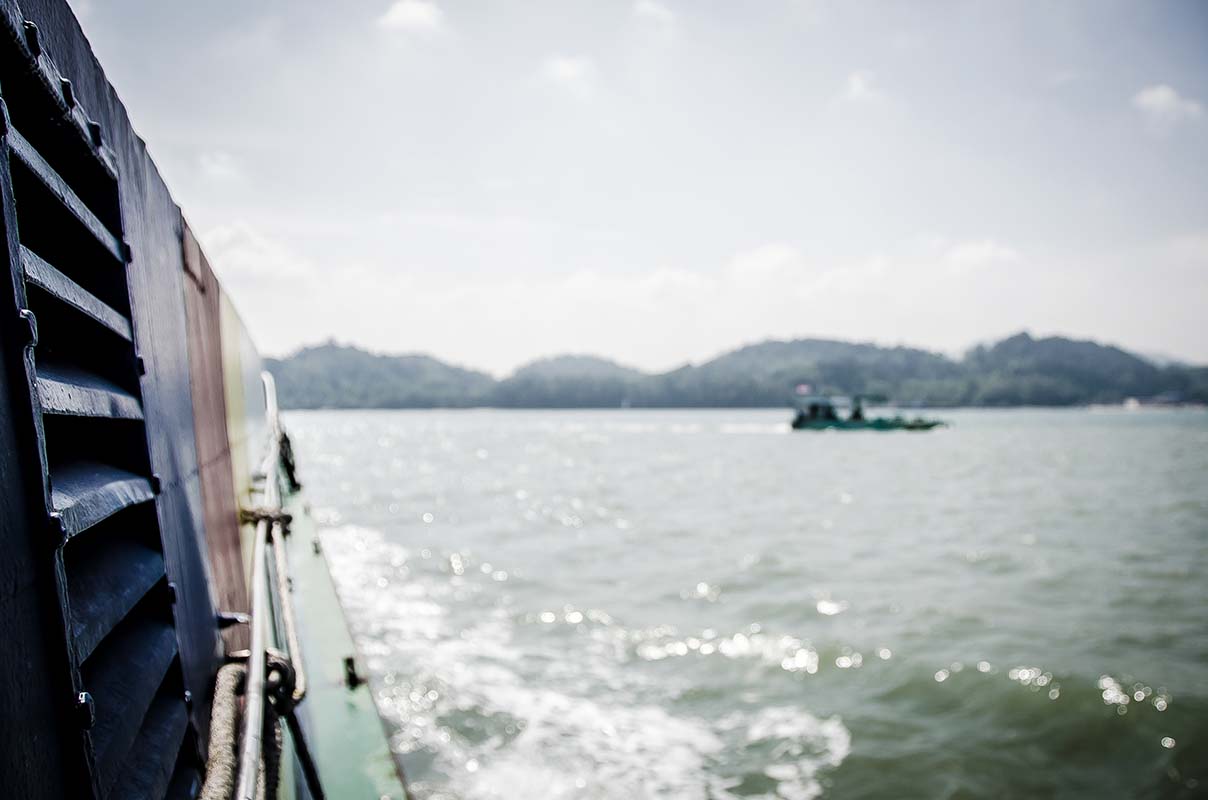 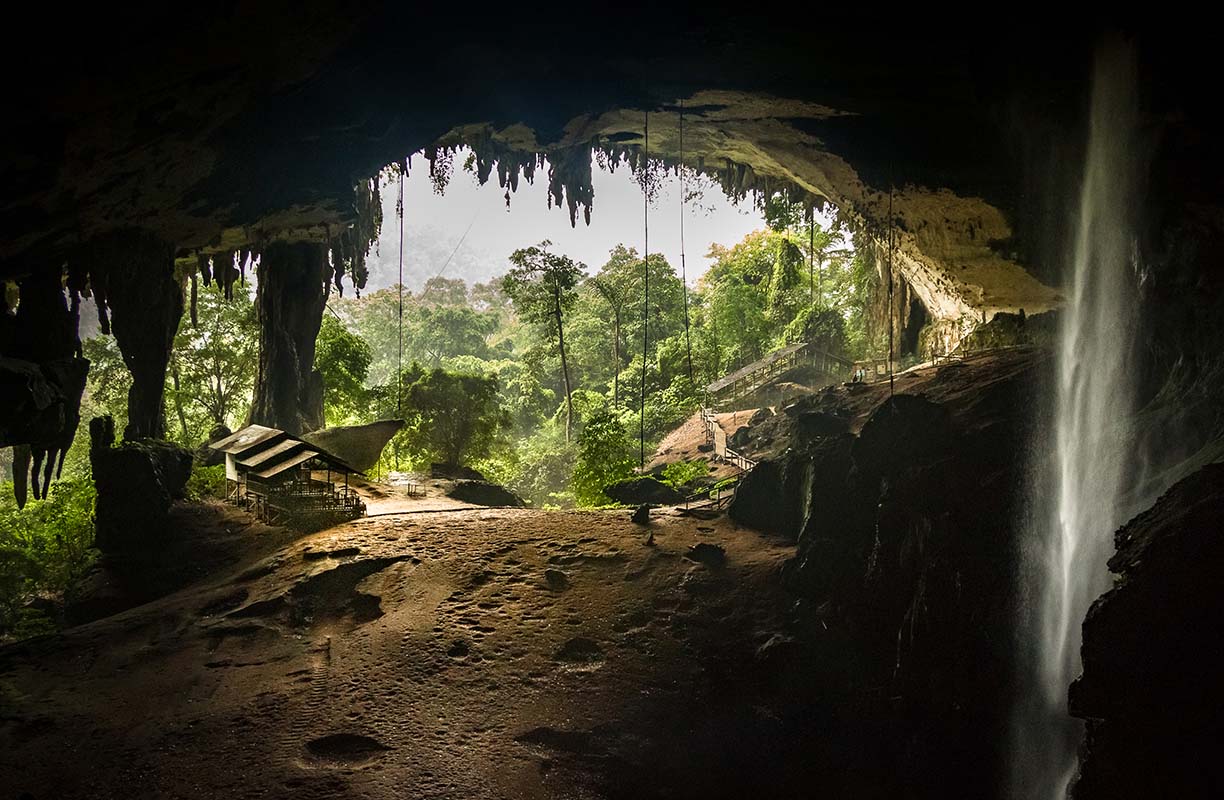 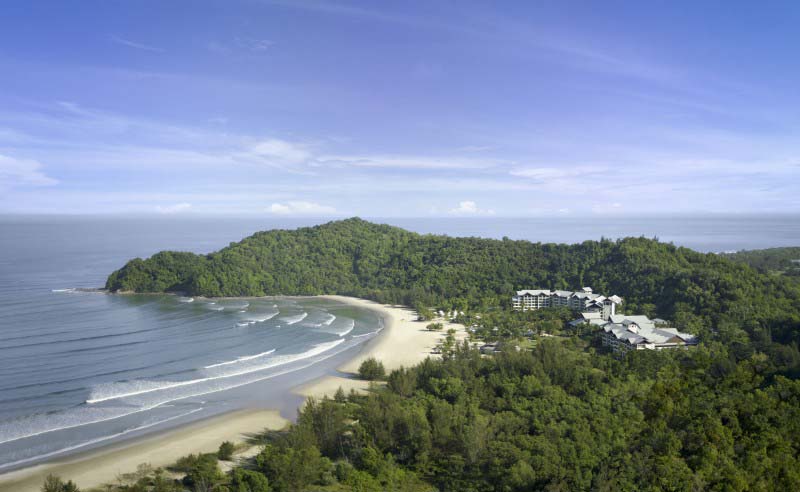 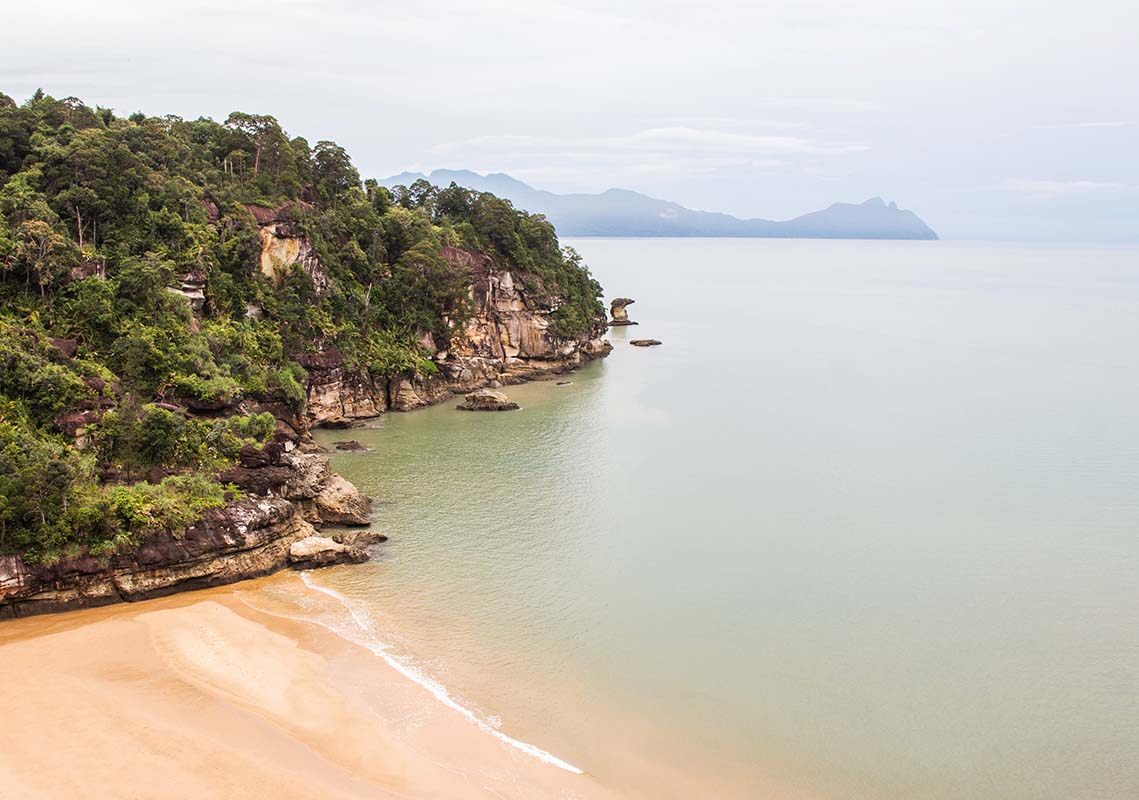 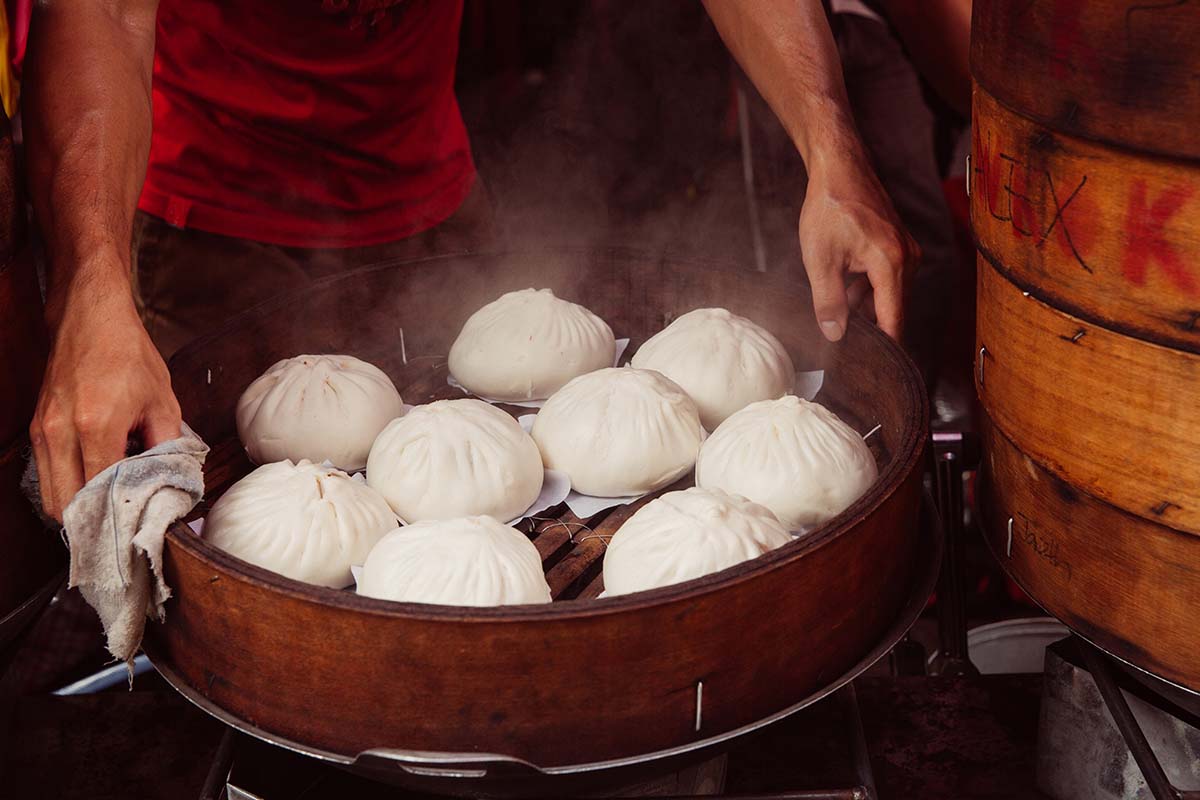 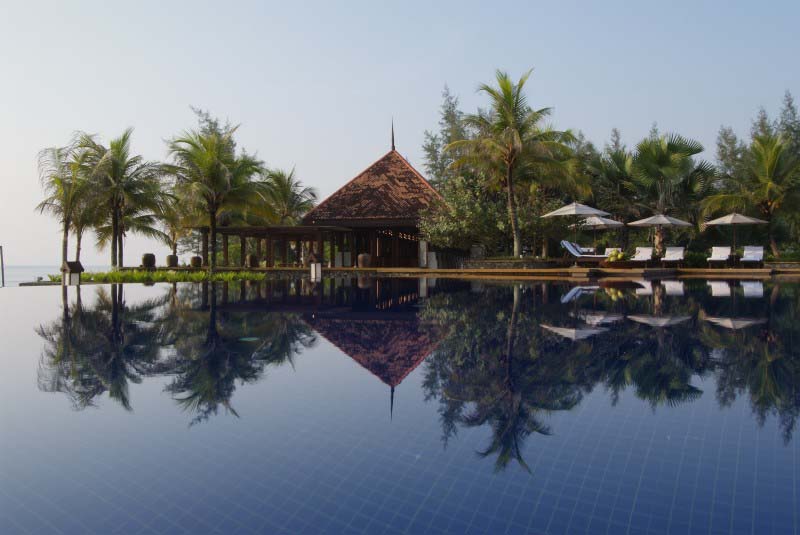 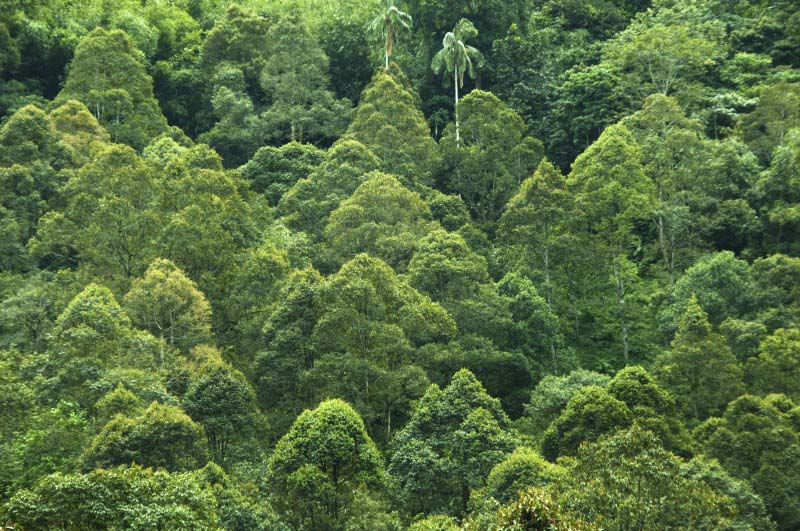 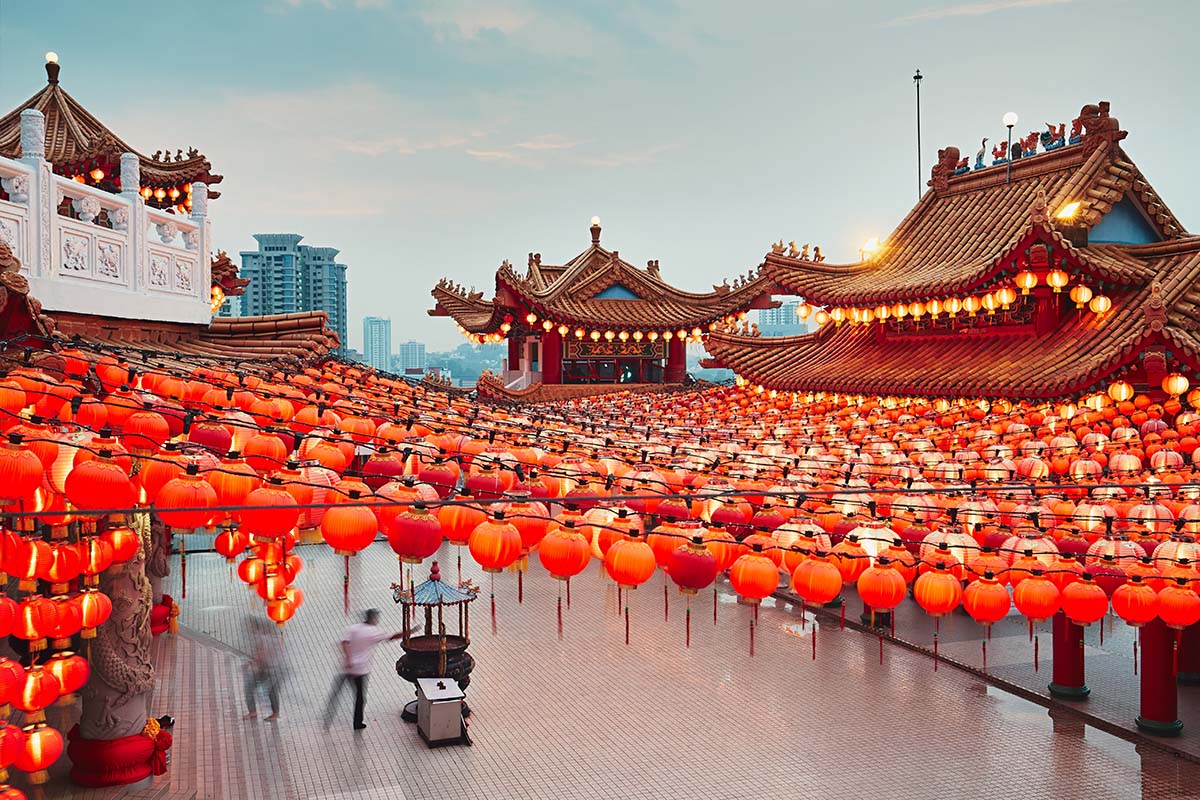