The city of Hiroshima and neighbouring Miyajima Island are found to the south of mainland Honshu and combine to make one our favourite Japanese destinations for a mixture of history, culture and scenery.

Hiroshima is infamous for the events of 6th August 1945, when it became the first city to experience the horrors of an atomic bomb. A visit to the city today would not be complete without recognising this sad history and the skeletal shell of the A-bomb dome is the place to start. In a city that consisted mostly of wooden houses - which were duly flattened when the bomb went off - the A-bomb dome is one of the only buildings left standing at the epicentre and has become a symbol for the horrors of the that fateful day. Nearby, the Peace Museum and the open expanses of the peace park, home to an eternal flame which will burn until the last nuclear weapon is destroyed, are also essential stops and you should allow a half day for visiting these memorials.

Importantly, despite its tragic past Hiroshima has quite literally risen from the ashes to become the vibrant and busy city it is today. To enjoy the modern day Hiroshima we recommend visiting the Museum of Art, the Shukkei-en garden where a number of teahouses are scattered throughout the grounds, and the Hiroshima City Museum of Contemporary Art, from which there are great views of the city. There is also a thriving food scene in the city and trying the local speciality, Okonomiyaki (a kind of Japanese savoury pancake) is a must.

Just off the coast and less than an hour away from the city, Miyajima Island is a charming escape from the mainland. The island is best known for its beautiful, lush scenery and the bright red torii gate of Itsukushima Shrine, which seems to float in the sea. In the evening this gate and the shrine behind it (as well as other traditional buildings in the area) are floodlit and the atmosphere is just magical. As well as visiting the shrine you should also take advantage of the numerous hiking trails through verdant hills populated with deer and walk (or take the cable car) up to the summit of Mount Misen, where there are various temples to explore and breathtaking views of the Inland Sea. While on Miyajima, make sure to sample the local delicacies too - huge juicy oysters fresh from the grill and anago-meshi (eel and rice) are two of our favourites.

Naoshima, another of the islands in the Inland Sea is also well worth a visit if you have time to spare. This smaller and less well-known island is a real hidden gem which has become known as the 'art island' thanks to the selection of art installations that have been commissioned here since the 1980's. Once on the island, hire bikes and spend a day cycling around to visit the likes of the Chichu Art Museum, Yayoi Kusama's 'Pumpkins', James Turrell's 'Minamidera' and the Benesse House complex. 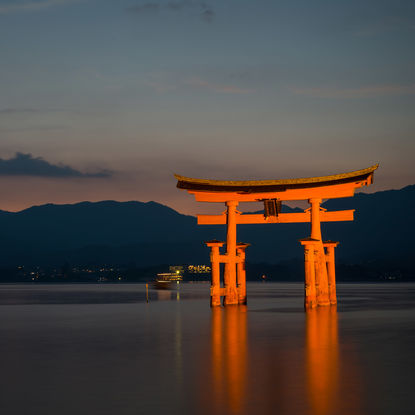 If You Do Three Things
1
Kayak The Seto Sea

For an off the beaten path experience, embark on a kayaking tour in the Seto Sea and explore the coasts of Hiroshima and Miyajima. Visit the UNESCO-Listed Itsukushima Shrine and see the famous rusty-red Torii Gate that is partially submerged at high tide. Disembark on Miyajima Island to hike Mount Misen and take in the views of the bay along with encountering the many deer that inhabit the island. 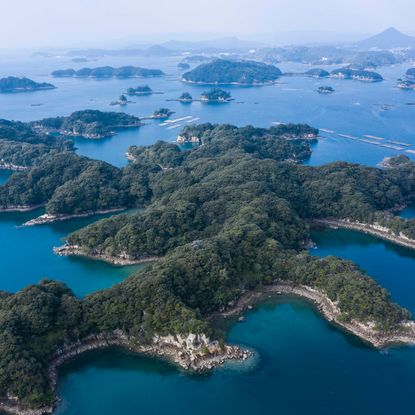 If You Do Three Things
2
Naoshima Island Art

Naoshima Island is a paradise for art, architecture and design lovers. Wander around the Art House Project and see the transformation of abandoned houses and workshops into art installations. Admire the play of light and shadows in the underground Chichu Art Museum and marvel at Yayoi Kusama's famous Yellow Pumpkin Sculpture. For a wonderfully weird outing, visit the I Love YU Bath House to experience bathing in the artwork. 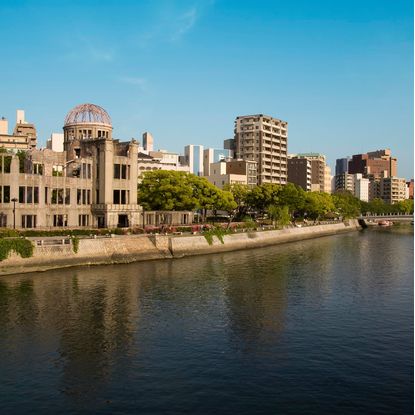 If You Do Three Things
3
Hiroshima Peace Park

Visit the Hiroshima Peace Park and Museum to learn about the atomic bombing of Hiroshima during World War II. A UNESCO-Listed site, the museum exhibits not only objects and photography from the tragic events, but also runs programs to promote world peace. See the A-Bomb Dome - one of the few buildings still standing from those dark times - and place a folded paper crane on the Children's Peace Monument. 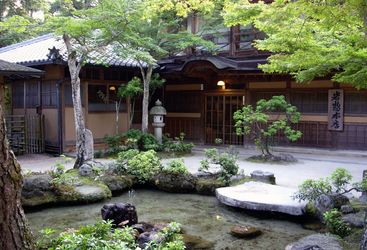 Iwaso Ryokan (whose doors first opened in 1830) is situated in Momijidani Park and boasts the same craftsmanship and architecture of many of...
Find out more Add to Ideas+ 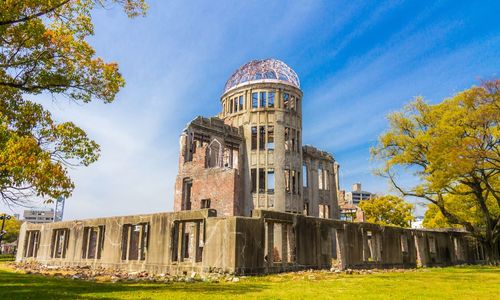 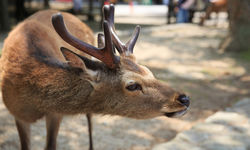 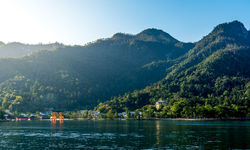 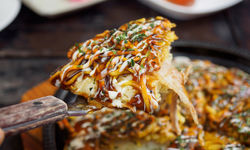 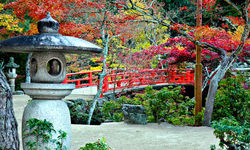 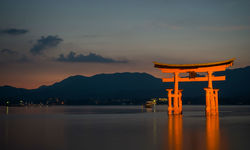 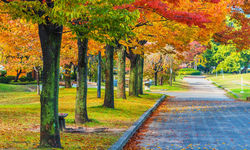 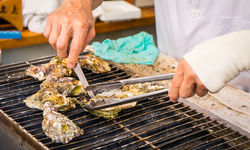 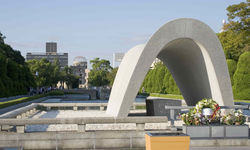 Trotting Around Tokyo, Castles in Kyoto & Hiking in Hakone: Japan for Families