As the world emerges from its coronavirus induced coma, dust sheets are being whipped off long-mothballed projects and new ventures are launching with a strong sense of renewed creativity and positive energy. From quirky treehouse hotels and swish Six Senses spas to once hidden cave paintings and authentically inspired restaurants, there are bucket-list-worthy experiences creeping out of the woodwork all over the world in 2022. It’s time to enjoy the thrill of the new...

What’s not to like about one of our all-time favourite hotel brands – Six Senses – opening for the first time in one of our all-time favourite destinations – Rajasthan in India? This opulent 48-suite resort, originally a fort owned by one of the many Rajasthani royal families, incorporates two original palaces and two temples within its walls, with the painstaking renovations taking over a decade to complete. Enjoy state-of-the-art comfort, a sumptuous spa (a Six Senses signature) and regal restaurant, and make sure to throw in a visit to nearby Ranthambore National Park to spot tigers.

Death on the Nile – Already Released

The long-awaited remake of Death on the Nile stars Gal Gadot (of Wonder Woman fame) alongside Kenneth Branagh as he reprises the role of Hercule Poirot and takes up the directorial reins again for the follow-up to 2017’s Murder on the Orient Express. The film follows legendary literary detective Poirot as he solves the mysterious murder of a young heiress holidaying in Egypt. As a pleasing historical footnote, it was a Nile cruise aboard our very own paddle steamer – the historic Steam Ship Sudan – that inspired Agatha Christie to write the classic 1937 novel.

The Museo de Arte Contemporaneo Atchugarry (MACA) in Punta del Este (designed by two Uruguayan natives - an award-winning architect and internationally acclaimed sculptor), will be the most comprehensive contemporary art museum in this small South American country. The dramatic sweeping structure, built almost entirely from eucalyptus wood, will house a collection of more than 500 works across five galleries and a 90-acre sculpture park. The world-class museum will become a creative hub for the local community and aims to put Uruguay firmly on the art world map.

The Greek restaurant group Estiatorio Milos has been set on world domination ever since acclaimed chef and restaurateur Costas Spiliadis opened the first outpost in Montreal in 1979. Now he’s back in his homeland opening the group’s first full-blown hotel, Xenodocheio Milos, in downtown Athens. The hotel is set to be as sophisticated as we’ve come to expect, but the restaurant is the main attraction - an exercise in minimal elegance where Spiliadis can showcase his trademark ‘natural’ cooking technique, letting the finest ingredients speak – or taste – for themselves.

This new venture from Michelin-starred South African chef/visionary Jan Hendrik van der Westhuizen has been open a few months, but we’ve only recently been able to fly to South Africa again, so it makes the cut. This is destination dining to the extreme because essentially you need to be staying at Tswalu – a remote but beautiful slice of the Kalahari Desert in South Africa’s Northern Cape – to be able to eat here. It’s well worth it for the setting, the backstory and the extraordinary use of local ingredients, including salt from the nearby pans.

British Airways is adding the Portuguese islands of São Miguel and Terceira, in the remote Azores archipelago, to its Heathrow short-haul network. With flights running once a week throughout summer, this is a great new way to access one of the hottest new biking and hiking destinations in Europe. Oh, and the diving in the Azores is generally considered the best in Europe. Make the most of the new route by flying into São Miguel with its rich marine life and lush landscapes and leaving from Terceira once you’ve had your fill of picturesque stone houses and patchwork fields.

Many of France’s famous prehistoric cave painting sites are off limits because of fears that the carbon dioxide in visitors’ breath damages these priceless ancient artworks. There’s a different reason the Cosquer Cave paintings are a no-go: the entrance to the cave is now 37 metres below current sea level. Cue the creation of a perfect replica of the cave on the waterfront in under-rated Marseille, where visitors will be able to appreciate the 500 awe-inspiring paintings and engravings, created over 27,000 years ago.

With its arctic teepees, treehouses and ice hotels, Lapland has long had the monopoly on Sweden’s quirky hotels. The wait is over for a hotel that oozes eccentric Swedish charm. The Trakt Forest Hotel is an exciting new opening in the wooded southern region of Småland, with ‘floating’ forest rooms set on stilts between the trees. The streamlined cabins aim to blend minimalist Nordic design and creature comforts, with a strong sustainable ethic. Trakt is being built using (in places) fire damaged timbers and with wood wool as insulation and the rustic log cabin restaurant will serve up delicious locally sourced meals. 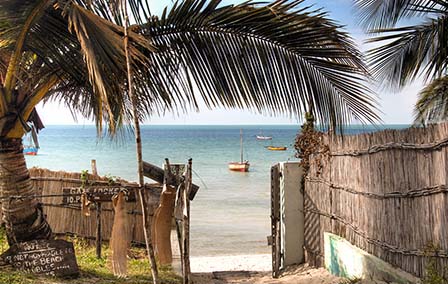 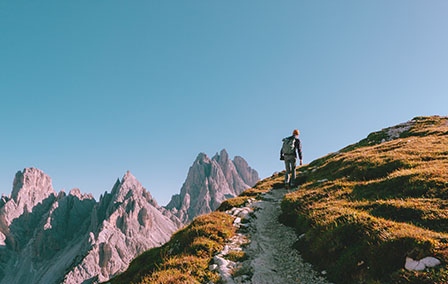