Two days into my trip around Iceland I had a very panicked text from my Mother.... I'd left my enormous thermal duvet jacket at my parents' house and she was having visions of me freezing to death on some barren iceberg. Given that it took two full days for her maternal instincts to kick in, it's lucky that the weather in Iceland in September isn't that, well...icy. Anyway, when I was hovering in a helicopter above a thundering waterfall or pretending I was Charlize Theron in Mad Max, bombing around lava fields in a super jeep, the last thing I was thinking about was whether I was a bit chilly.

If you're planning a trip to Iceland, the first thing you should know is this isn't a country for passive sightseeing. Yes, you can potter around the Golden Circle behind one of those enormous tour buses or marinate in the slightly pungent waters of the Blue Lagoon, but you're not doing it justice at all unless you spend at least part of your day exploring it in a way that makes your heart race. Given that Iceland is a country that gets a real battering from the elements, I thought there would be no better (or more hackneyed) way of explaining some of the amazing activities you can do there than by using them.

I know, I already boasted about the helicopter, but it was amazing so I'm going to carry on; within about an hour I'd landed on a glacier, zipped along a fjord and circled the crater of a volcano. If you want to make a trip to Iceland truly spectacular, this is without a doubt the way to do it. Also, they let me sit next to the pilot and I felt like I was basically the Goose to his Maverick as we flew back to Reykjavik.

I had no idea what a 'super-jeep' was before I went to Iceland so the first time I caught sight of one of these behemoths was pretty surprising; they're basically a monster truck's slightly shorter brother.

They're massively popular there because the swathes of lava and ice make the landscape pretty unconducive to driving in anything less than a tank, and also because going out in one with an expert driver to explore somewhere as staggeringly dramatic as Thorsmork Canyon, is incredibly fun. We powered easily through rivers that had caused several people to abandon their 4x4's and call for help, stopping only to climb up the canyon's narrow inlets to secret waterfalls and viewpoints.

The weather might not be that cold, but that doesn't mean you're going to want to avoid ice altogether and in fact, I think the country's glaciers are its absolute highlights. Choose between zooming along on a snowmobile, strapping on crampons and hiking through the frozen maze of crevasses or hanging on to the edges of a speedboat as you watch chunks of ice break off and crash into the glacial lagoon below. Or better yet, don't choose... do all three and have such an incredible time that you'll never want to go on a beach holiday again.

Unless you were quite literally living in an underground cave in 2010, you will at least have heard of the catastrophic power of Iceland's volcanoes so it wouldn't seem the brightest idea to climb down into one. However, about half an hour from Reykjavik you can step onto a specially adapted window cleaning lift and be lowered 120 metres into an extinct volcano. Definitely not something for people who don't have a pretty steady head for heights, but clambering around the cavernous chamber is so impressive that I think it would convince just about anyone to shut their eyes and take the plunge.

There's so much more to Iceland than I could possibly fit in one blog post, or indeed in one trip, so I think I'll have to go back before I can write about the rest.... 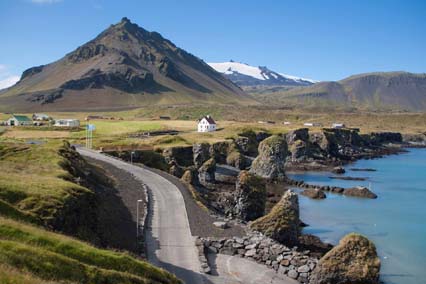 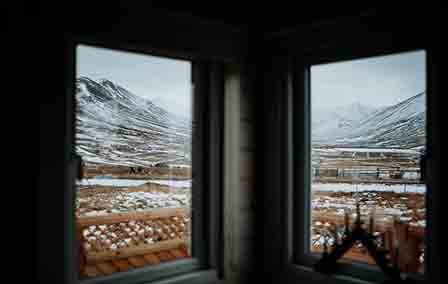 Though by no means a beautiful building, the Nordica offers extremely[...]