Dynasties: Where to Spot the Stars of the Show 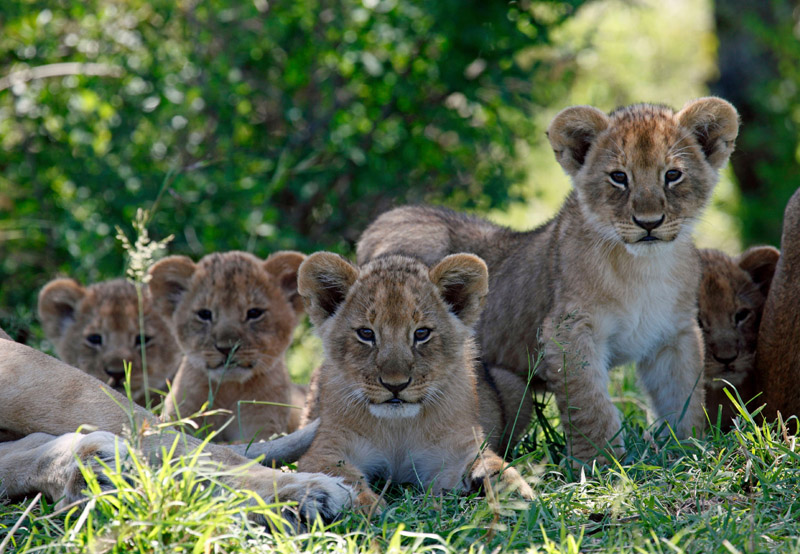 As the dark winter nights settle in and we find ourselves sheltering on the sofa of a Sunday evening, there's nothing quite like Attenborough's dulcet tones to soothe our weary winter souls. Dynasties, the Beeb's latest wildlife wunder-show, tracks the ups and downs of five animal families as they fight to survive (and thrive) in often harsh environments. And if last night's episode is anything to go by, we'd all better strap in for four more weeks of serious Sunday night feels and the constant craving to head out on our own wildlife adventure. If you're experiencing similar symptoms, here are our top picks for where to wander where the wild things are...

We share around 98% of our DNA with our closest cousins and when the Dynasties crew introduced us to David (chimp not Sir) and his 32 strong group in Senegal last night, the similarities were easily apparent. The episode was full of power struggles, plotting and enough drama to fill a Shakespearean tragedy. To experience your own chimp drama, head to Tanzania's Mahale Mountains, where we can arrange a private guided trek to find the world's largest habituated wild group, who are every bit as playful, intelligent and endearing as you'd expect.

Covering an area 1.7 times the size of Australia and with some seven million cubic miles of ice, Antarctica is one of the planet's last true wildernesses. It takes a brave soul to survive in the harsh climates this stunning landscape throws up, but the mighty emperor penguins somehow do. Dynasties follows the penguins' struggle to protect their chicks through winter temperatures that can drop to -44Â° C. When embarking on your own Antarctic expedition, do so in a little more comfort, aboard a specially-adapted ice-breaker ship during the warmer summer months.

Lions are the bucket list safari spot so it's only fitting that Dynasties follows a pride in the world's most legendary safari destination: Kenya's Masai Mara. The inside track is to watch out for feminist icon Charm, who leads this unique all-female pack of ten through a combination of powerful authority and skilful hunting tactics. If you're inspired to hunt out your own adventure, we can plan your safari in the Mara, staying in the neighbouring conservancies where the most exclusive lodges and least visited wildlife areas can be found.

Wild dogs, or as Dynasties is calling them - painted wolves - are one of our Africa team's favourite animals to spot on safari, not least because sightings are very rare. In fact there are less than 7,000 African wild dogs left. That said, if you head to the right destination and have an expert guide on hand, your chances of spotting a pack are immeasurably increased. Attenborough might have focused on Tait's Zimbabwean pack, but we know several locations around Africa that have had some great sightings recently.

As an alternative to the more popular Ranthambore, the BBC chose Bandhavgarh National Park to film the tigers section of Dynasties. With around 80 tigers calling the park home there is no shortage of big cats here, but it takes the expertise of our trained guides to track them down among the thick foliage. Our resident India expert Miranda was lucky enough to be in Bandhavgarh at the same time as the film crew and assures us we can look forward to some really epic footage.