On the shores of Hudson Bay in Manitoba sits Churchill, the 'Polar Bear Capital of the world' because it is supposedly the most accessible place in the world to see polar bears. More accurate to say that this is the best place on Earth to see the ice bear in any significant numbers because this is not exactly an easy place to get to - there are no roads into Churchill, and you can only get there by a two-hour flight from Winnipeg or by 300 mile train journey which takes a couple of days.

Thanks to its splendid isolation Churchill is a wonderfully idiosyncratic place - a true frontier town on the edge of the Arctic Circle and with a fascinating history as a major trading post. This is a place where the temperature can plummet to -50 degrees C and the trees grow no higher than seven foot tall; where the frogs seem to have antifreeze running through their blood, and where polar bears roam the streets at night before being swiftly locked up in Churchill's polar bear jail!

During October and November you can head out into the tundra on specially adapted tundra buggies, which offer the opportunity to see the congregating polar bears up close in their natural environment. You may even find them peering in through your window. Being able to spend hours on end with these majestic animals is unforgettable but there are also Arctic hare, Arctic fox, camouflaged ptarmigan, and - if you're really lucky - snowy owl and gyrfalcon to spot as well. Other activities include dog-sledding, helicopter rides over Hudson Bay, historical tours and lectures and trips to that Polar Bear Jail to see the latest miscreants.

In July and August you can also see polar bears - albeit in fewer numbers - they normally found further up the Hudson Bay coastline, so you are most likely to see them on a boat trip, and may even see them hunting. And if this wasn't attraction enough, this time sees the arrival of Beluga whales who migrate into Hudson Bay. These incredible creatures are so at ease with humans that it's possible to kayak and even snorkel with them (in a dry suit - this is as still the Arctic, after all).

Churchill is also a twitcher's paradise from May to August when a large number of bird species are in residence in the region, and in the second half of August you might be lucky enough to see the Northern Lights. As before, you can also enjoy helicopter and seaplane flights and dog-sledding (but this time on carts not sledges!) and specialist botanist tours. The only draw back to travelling in the summer months are the mosquitoes and bugs. Unfortunately, they just come with the territory and as a reminder you are well and truly in the wilderness. 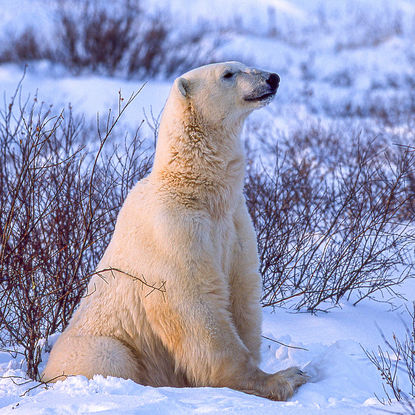 If You Do Three Things
1
See Polar Bears

Churchill, the polar bear capital of the world is one of the top places to catch a sight of these magnificent white beasts in the wild. October and November are the best months to see polar bears, when they relocate from their summer home on the tundra back to the pack ice which forms every winter over Hudson Bay, perfect for hunting for seals. 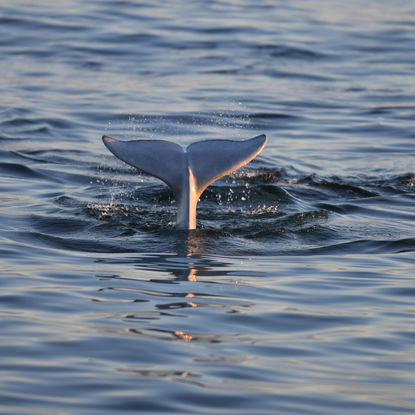 If You Do Three Things
2
Listen To Beluga Whales

Armed with a hydrophone, listen to schools of beluga whales chatting to each other in the waters around Churchill for a truly jaw-dropping marine experience. Northern Manitoba's Hudson Bay coastline boasts the largest population of beluga whales in the world, with over 57,000 gathering in the region from June to September. Hop aboard a passenger boat or climb into a kayak to get up close to these magnificent creatures. 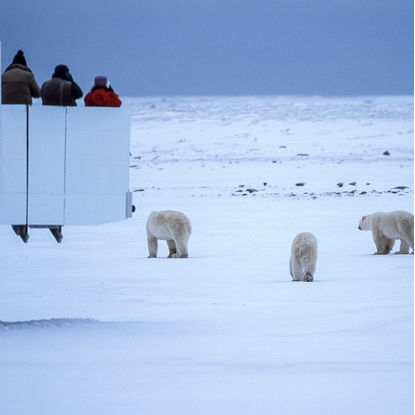 If You Do Three Things
3
Tundra Buggy Adventure

Aboard a Tundra Buggy, explore some of Churchill's most remote and exclusive areas and spy out polar bears, arctic foxes, ptarmigans, snow geese, and other wonderful wildlife. Immerse yourself in the full arctic experience with an overnight stay in a Tundra Buggy Lodge. Fall asleep to the northern lights dancing above your head, and wake up to a polar bear peering through your window on this utterly unforgettable arctic adventure.

July and August heralds the arrival of more than 3000 Beluga whales into Hudson Bay, heading for the mouth of the Hudson River where they summer...
Find out more Add to Ideas+

Showing 1 - 1 of 1 activities in Churchill 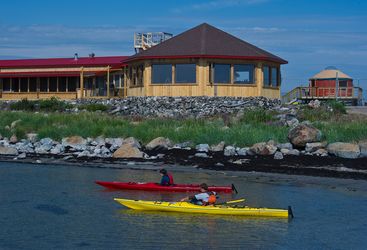 If Churchill – only accessible by rail or plane - is not quite remote enough for you, then Seal River Lodge is the place to stay.
Find out more Add to Ideas+ 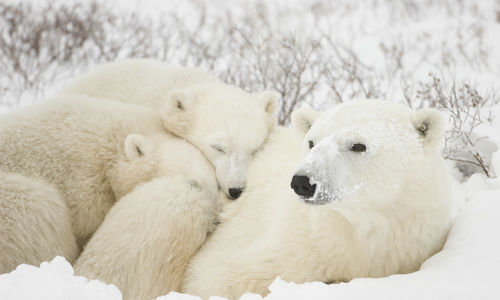 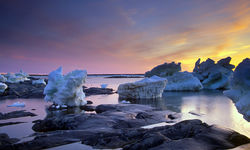 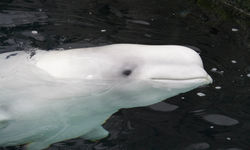 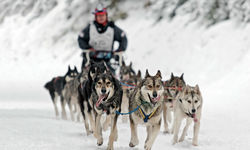 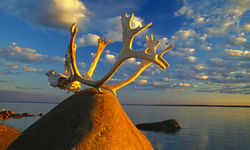 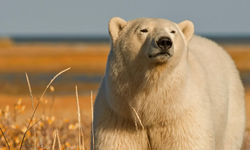 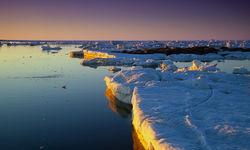 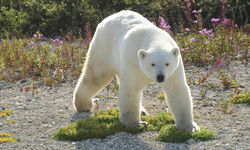 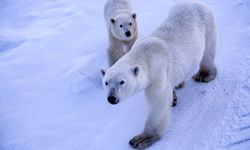 Original Travel Expert: Abigail Harness
My highlight: The town of Churchill itself is nothing special to look at, but the 900 strong community who live and survive here in such a harsh environment are nearly as fascinating as the local flora and fauna.
Enquire now
Call us on: +44 (0) 20 7978 7333