Isabel is here to help give you the inside track.

Fez is undoubtedly fascinating in its own right, but also makes a perfect staging post for a visit to many of other of Northern Morocco’s marvels.

We can arrange a guided day trip to take in three particular highlights, starting with the Roman colonial town of Volubilis, a UNESCO World Heritage Site. The site, originally a Phoenician settlement, got the Roman treatment in the 1st Century AD, and ended up a 100 acre site complete with basilica , triumphal arch and temple. The partially excavated highlights also include the houses of several wealthier denizens of the town whose elaborate mosaic floors are still intact and visible. The town was abandoned in the 11th Century, then devastated by an earthquake in the 18th century and looted for stone by builders in Meknes, so it's something of a marvel that the remains are so well preserved.

Next stop (and just three miles away from Volubilis) is Moulay Idriss, considerd the holiest site in Morocco. Only recently welcoming to foreigners, the town is named after the founder of the dynasty (and direct descendant of Mohammed) responsible for bringing Islam to Morocco. The town - another resting place for much of the masonry from Volubilis - is best explored by wandering the classically narrow and winding alleyways in its medina.

The final stop on the tour is another of the Imperial Cities (Marrakech, Fez and Rabat being the others) - Meknes. Another UNESCO site, Meknes is famed for its massive defensive walls and gardens and for having so many mosques it earned the sobriquet 'the City of One Hundred Minarets'.

It’s worth walking up one of the hills surrounding the town of Moulay Idriss to get a lovely view of the whitewashed houses hugging twin hilltops. Try to spot the mosque with the round tower, supposedly the only of its kind in Morocco. 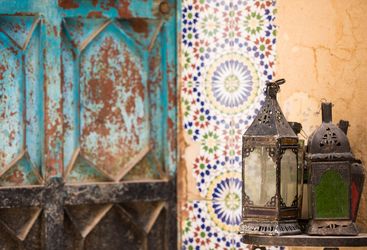 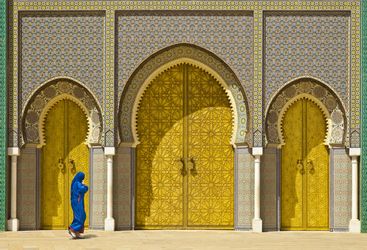 Starting in the gateway to Africa, Tangier, this 19-day adventure takes you on the ultimate tour of Morocco. Along the way you'll do everything...
19 Days
From £6,765pp 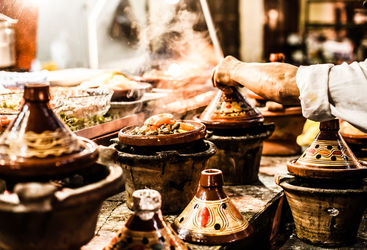 Places to Stay in Fez 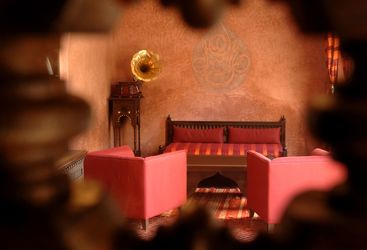 Africa > Morocco > Fez
Riad Fes
Much of the charm in visiting Fez is to experience a city much unchanged since medieval times; but even the most history thirsty traveller would...
Find out more Add to Ideas+

Isabel is our 'Day Trip to Volubilis, Moulay Idriss & Meknes' expert and as a seasoned traveller has the inside track on the most memorable adventures.