Thai, which is part of the Tai–Kadai language family.

Thai is divided into many different languages, depending on the region, and though each is different, they are comprehensible to each other. Non-Thai populations have retained the use of their languages, although some are deeply assimilated, for example, many Chinese speak Thai as their mother tongue. The use of English is also fairly widespread.

Thailand has over 70 different ethnic groups, but many Thai groups including Tai, northern Thai, central Thai, southern Thai, and Isan people represent around 96% of the whole population. Some of the largest minorities include Khmer, Malay, Bamar, Karen, Chinese and Hmong people. There are also a small percentage of Vietnamese, Laotians and Cambodians in the population.

The vast majority of Thais (around 95%), are followers of Theravada Buddhism. Buddhism is the origin of the moral code and cohesion of Thai society. Religious ties are maintained by a temporary ordination, from 5 days to 3 months, of all young people who study the Buddha's teaching in a monastery. This so-called ‘rainy retirement’ occurs generally during the monsoons. Muslims account for around 4% of the population.

Traditional festivals fall under the lunar calendar and dates vary :

Between the sixth and ninth century, the Mon kingdom of Dvaravati developed in the lower valley of the Chao Praya River, which flows through what is now Bangkok into the Gulf of Thailand. In the ninth century the Mon founded the town of Lamphun, in northern Thailand today, which stood as part of the kingdom until the 13th century. From the ninth century, the Angkor Khmer Empire gradually extended its domination over the whole of Southeast Asia – as a result, many Thai groups migrated north of the empire and founded a kingdom in 1238: Sukhothai. It was absorbed, a century later, by another Thai kingdom – Ayutthaya. Anxious to reinforce and display his power to the nation, the first ruler of Ayutthaya established Theravada Buddhism in his states, against the Hinduism of Angkor. The kingdom maintained business with the Portuguese in the sixteenth century, but especially with China and India. In the eighteenth century, repeated wars with the Burmese sounded the death knell of the Ayutthaya Kingdom. The military seized the moment and resorted Thai power and the Chakri Dynasty and Bangkok were founded in 1782 – the Burmese were expelled, but they came back. With British help, they were removed again and the British took the opportunity to seize Burma. Throughout the nineteenth century, Siam (later known as Thailand) negotiated its sovereignty with Western powers and it was the only country in Southeast Asia never to fall under colonial rule.

This sovereignty was nevertheless reduced physically and politically. In 1893, the French cut back Siam territory to gain control over Laos and Cambodia and in 1907 Malaysia was ceded to Britain. In July 1917, King Rama VI declared war on Germany, joining the Allied side in World War I, in the hope of seeing the revised unequal treaties that bound his country. A few years later, the US, France and Britain gave up their rights of extraterritoriality in Siam. In June 1932, Rama VII was overthrown, ending the absolute monarchy and replacing it with a constitutional monarchy. In 1938, General Phibul Songkhram (1897-1964) was elected prime minister. Emboldened by the collapse of France, Siam attacked Indochina in 1940 and recovered some of its provinces. In 1941 Siam formed an alliance with the Japanese and in 1942 the country declared war on the United States and Britain.

Opposition was born among the Thai population and in 1945 Japan surrendered. In 1946 Siam signed peace treaties with France and Britain and in the same year joined the UN. Siam became Thailand officially in 1949. Despite previous differences, the alliance between Thailand and the US was strong and during the Vietnam war America had bases in Thailand. In government, military regimes succeeded each other in confusion, until 1992 when a period of democracy was adopted by the country. A new constitution was drawn up in 1997. In 2001 Populist Thaksin Shinawatra became prime minister. In 2006, a bloodless military cous yet again seized power, which resulted in violent clashes and protests and the installation of a new prime minister. In 2008 that prime minister and his entire cabinet were removed and after a parliamentary vote, Democrat leader Abhisit Vejjajiva became prime minister.

In 2011, Pro-Thaksin Pheu Thai party won the election and Thaksin's sister Yingluck became prime minister, but in 2014, the military seized power. In March 2019, Prayuth Chan-ocha, the former chief of Thailand’s military junta, was voted back in as prime minister by parliament after serving as the un-democratic prime minister since the coup in 2014. Today, Thailand’s economy continues to grow steadily despite political turmoil and the country’s tourism industry is booming.

Thailand had a constitutional monarchy, in which the military played the role of ‘regulator’, until a coup d'état in 2014, when a junta called the National Council for Peace and Order (NCPO) was established as the governor of the nation.

Tipping was not common practice within Thailand until the arrival of mass tourism and it still remains at your discretion, rather than expected. Align your tips with the local economy – the price of a cup of tea or a beer will outline the standard of living and give you a natural guide for tips. When visiting a temple, always check photography rules beforehand. Show respect to monks – generally you should sit lower than them and women should avoid touching them. Dress modestly, covering shoulders and legs in religious buildings and remove shoes before entering. If you can, visit temples around 5pm during the monk’s prayer time – it’s a mesmerising, pin-drop time. Just before dawn every day a procession of monks in saffron robes collect offerings from people in the streets – it’s an unforgettable ritual called Tak Bat. Stay silent and avoid contact with monks, so as not to hinder the ceremony. If you’re not sacrificing food, be discrete and avoid pointing cameras at the monks. If you want to make an offering, it’s best to buy rice early on in the morning and approach calmly. Keep smiling at all times in Thailand, even in the face of conflict – a pleasant approach always trumps an outraged one here. Although the use of electronic cigarettes are fairly widespread in bigger towns and cities in Thailand, they are officially banned throughout – those who cannot do without an e-cigarette should exercise discretion.

Thailand is an Aladdin’s cave of incredible handicrafts, art and souvenirs and shopping here is all part of the experience. Beautiful fabrics, bags, antiques, jewellery, paintings, pottery and many other crafts will all vie for your attention in the many shops and markets. Feel free to negotiate prices, apart from in department stores – if done right you’ll be able to get anything from 5%-15% off. In the evening, the night markets are where Thais come to shop and dine and they’re a lively, picturesque hub of activity with twinkling fairy lights, food stalls and pretty souvenirs. Night markets in Bangkok and Chiang Mai are popular with travellers, but be mindful of fakes items. If you go to only one market during your time in Thailand, make sure it’s Chatuchak in Bangkok, where you’ll spend at least half a day attempting to navigate the many narrow lanes bursting with every item under the sun. It’s almost impossible to leave empty handed.

Delicious is how many describe Thai food and yet it doesn’t quite suffice. Tasty, delectable, moreish, heavenly – they’re all relevant to Thailand’s cuisine, famous around the world for its flavourful dishes. Getting back to basics, different varieties of rice and sauce lay at the heart of many Thai specialities. To this, meat (beef, pork, chicken, crab, shrimp) and vegetables are added. Simple right? But the endless permeations of these mainstays are generally all exquisite. Lemongrass and curry are both common and the range of curries on offer is huge, red and green being particular favourites. Other specialities include pad Thai (wok-friend noodles), tom yum goong (spiced shrimp soup), khao pad (fried rice), som tum (papaya salad) and kai med ma muang (stir fried chicken with cashews). There’s also a great abundance of fruit, from pineapples and mango, durain to papaya.

Tap water is unsafe to drink, so rely on bottled during your stay and avoid ice. All manner of fruit juices and soft drinks are available to enjoy. Tea and coffee are also served everywhere. Local beers you may come across include Singha and Tiger. Mekhong is the first spirit brewed in Thailand and while it’s labelled as a whiskey, it’s actually closer to a flavoured rum. A smooth and sweet flavour, it makes the perfect mixer for an evening cocktail enjoyed in the warm Thai air.

Things to Do in Thailand 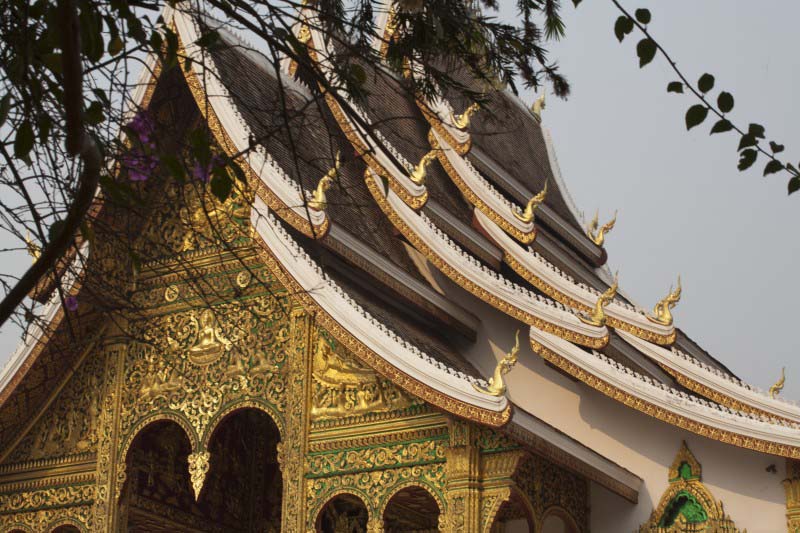 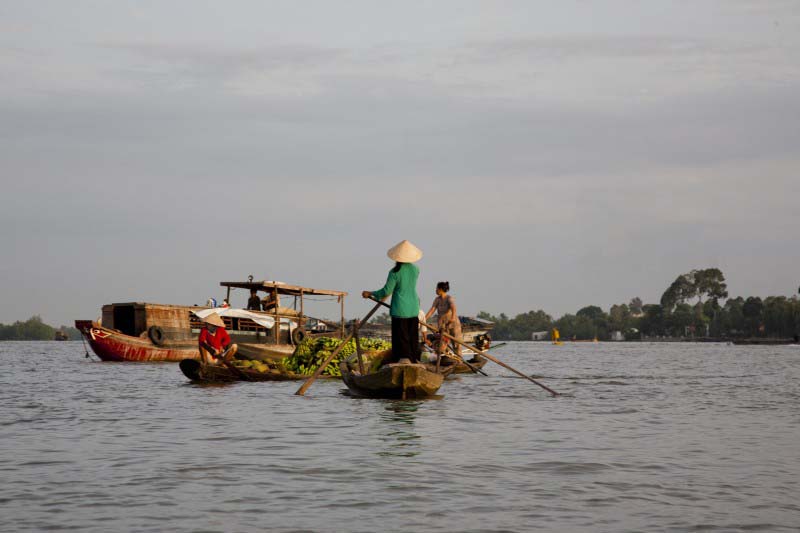 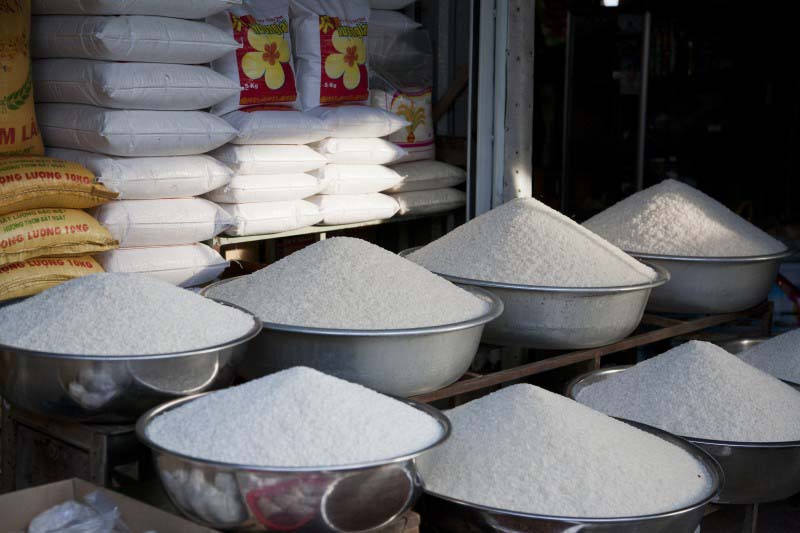 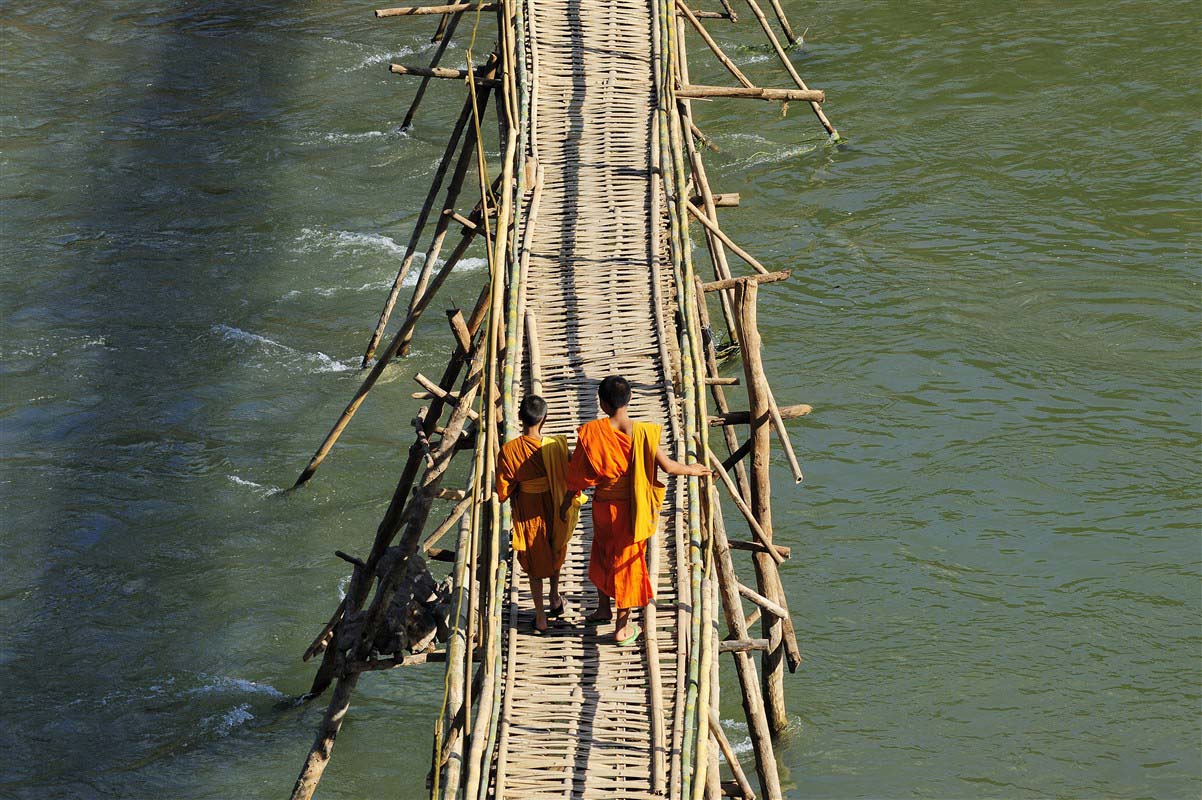 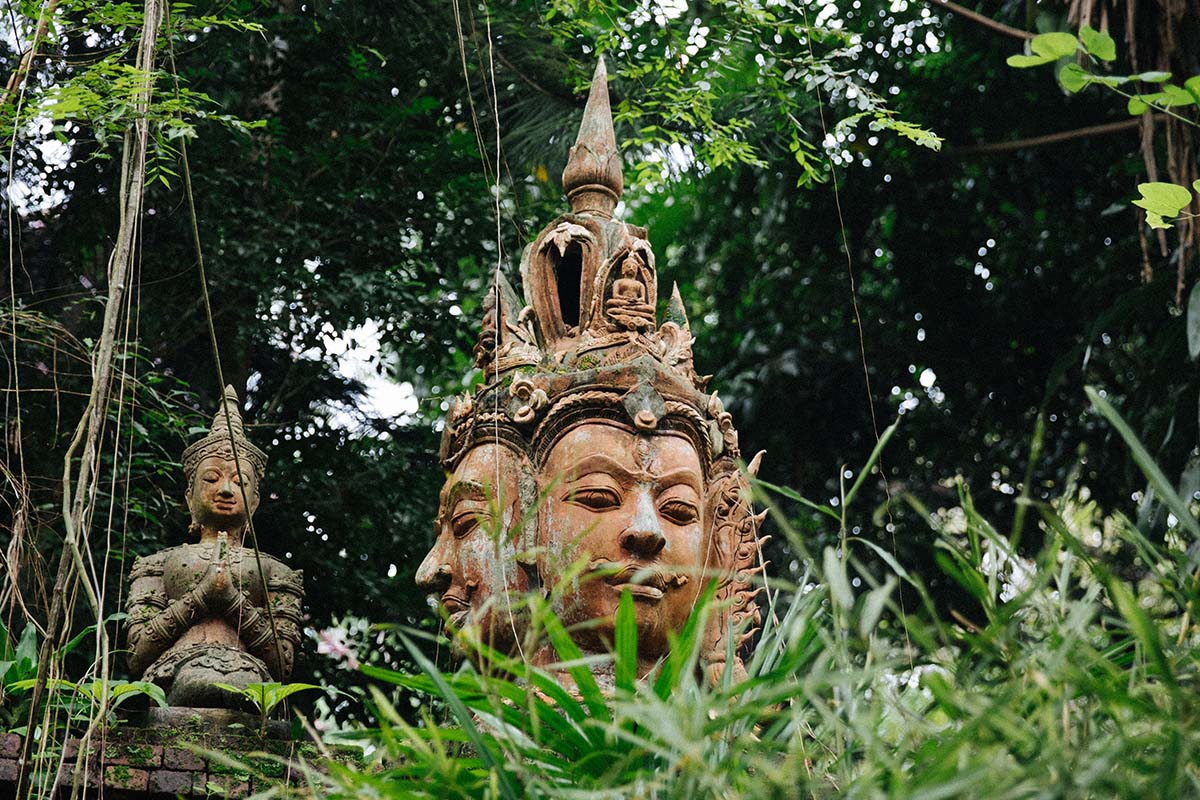 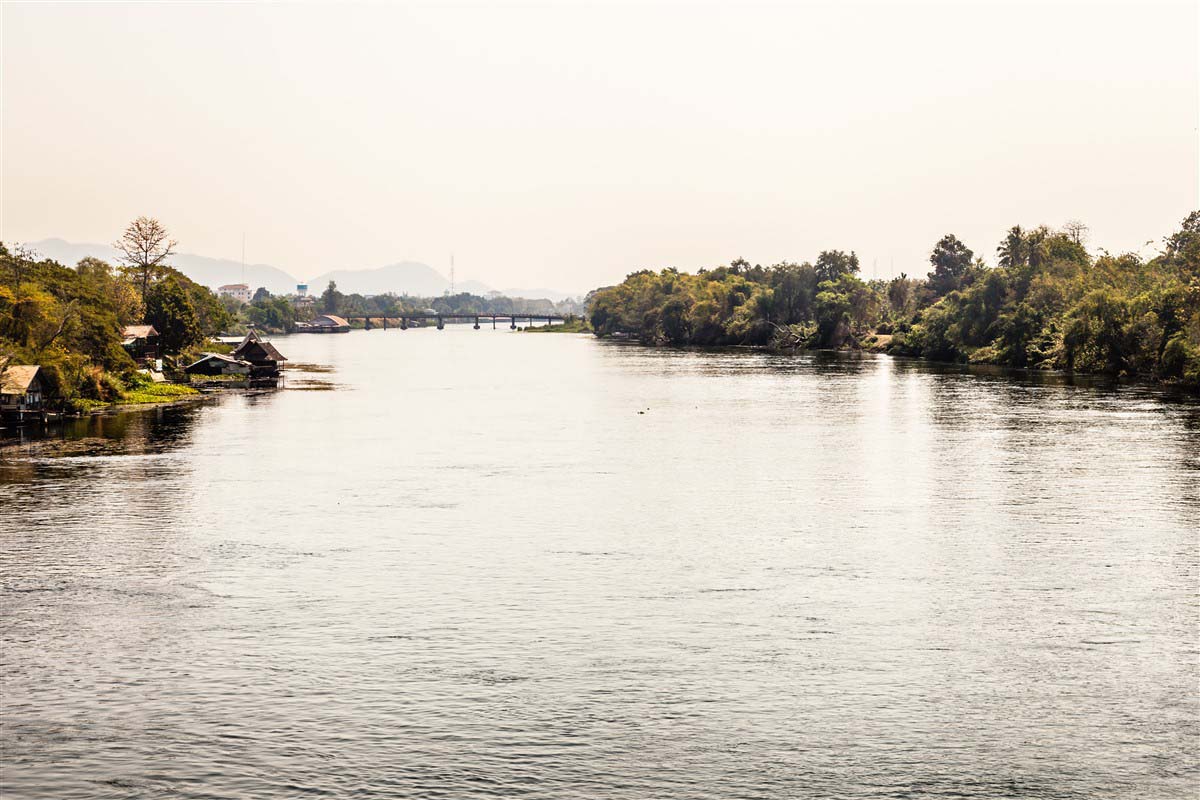 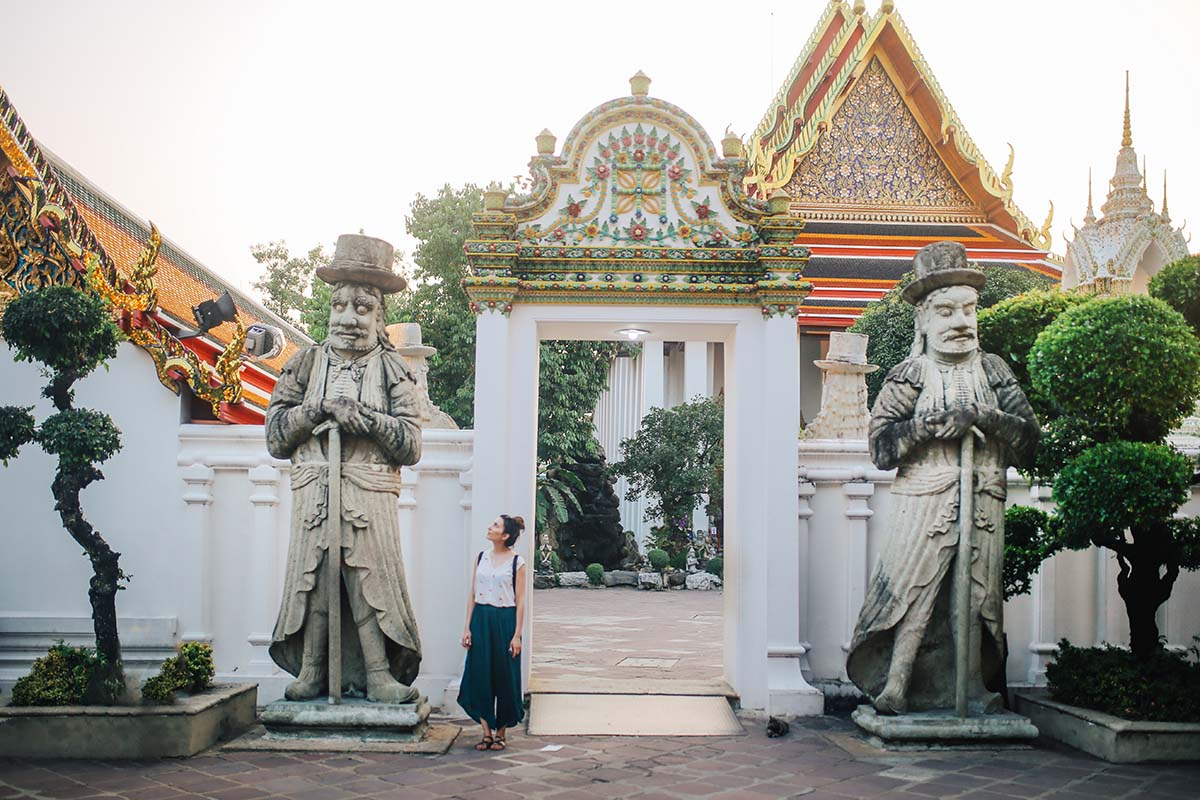 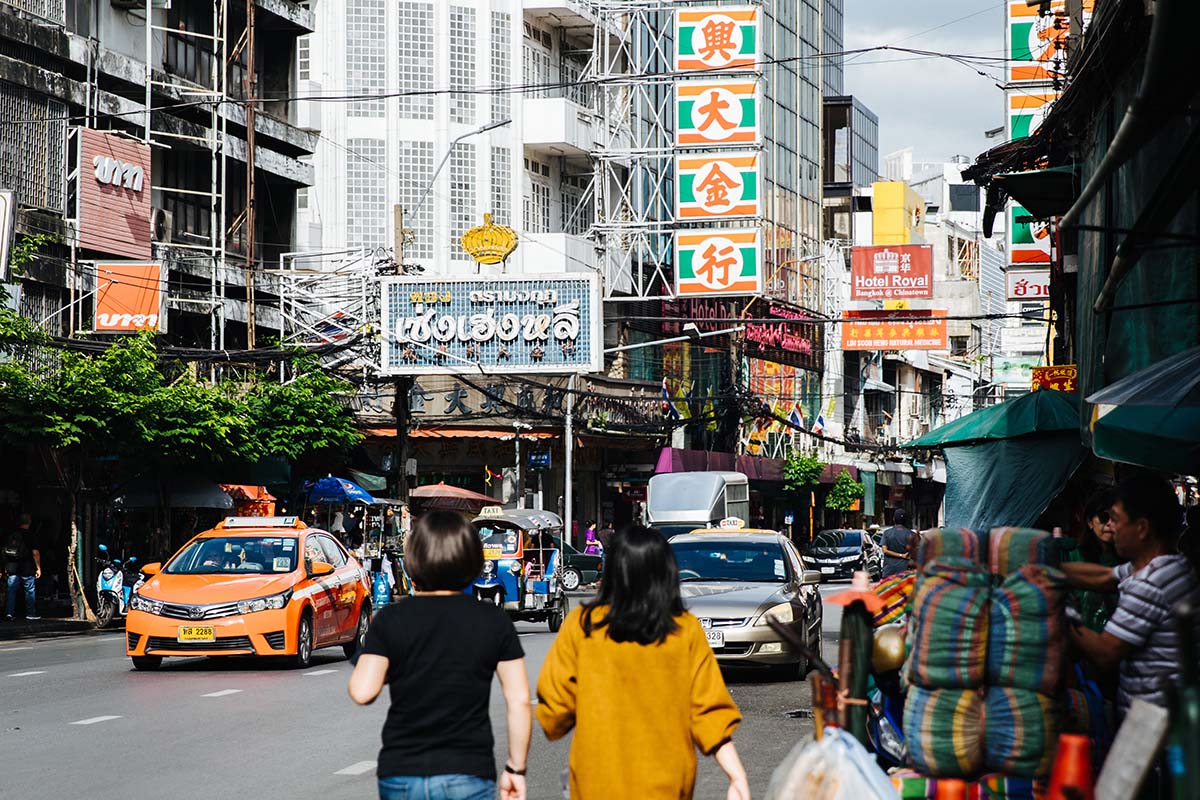 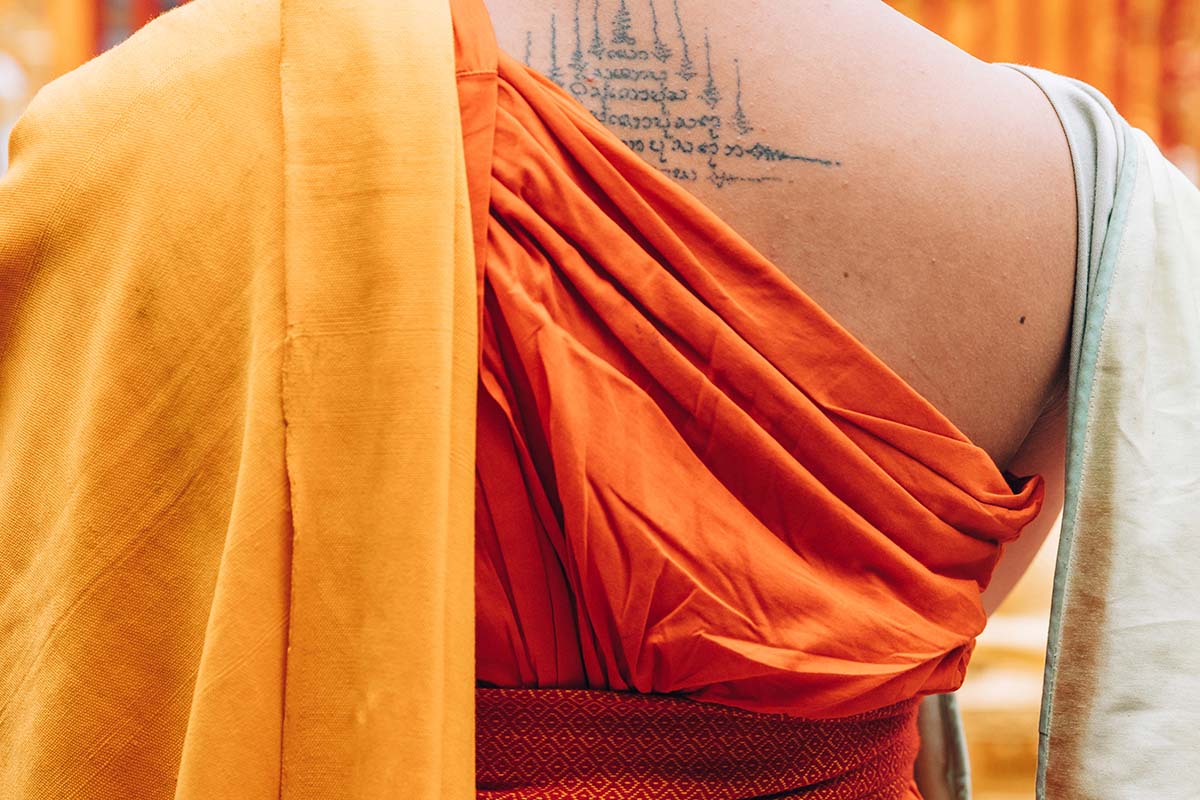 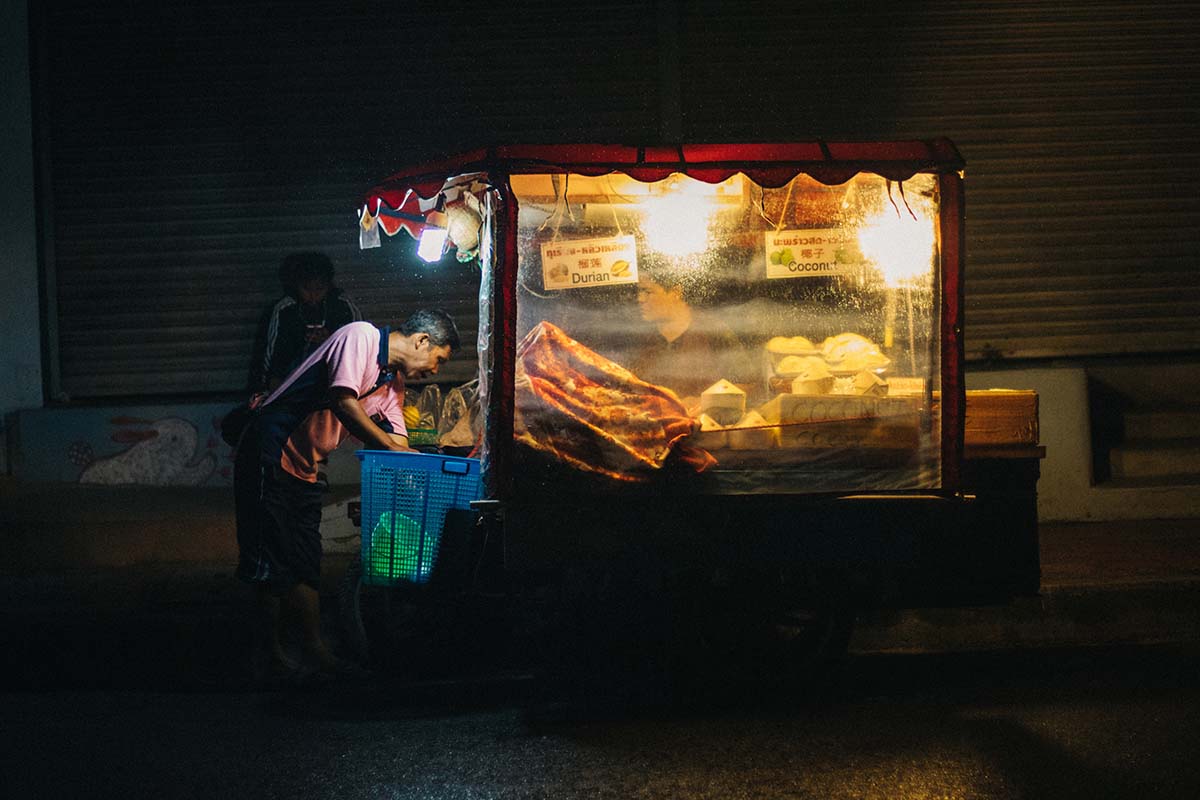 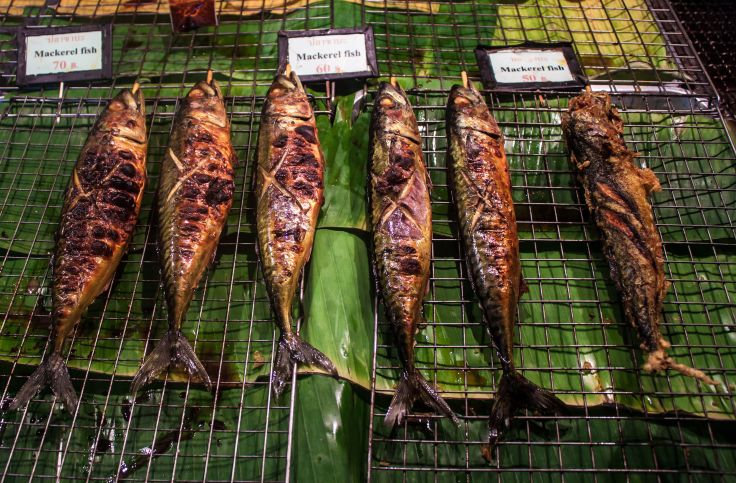 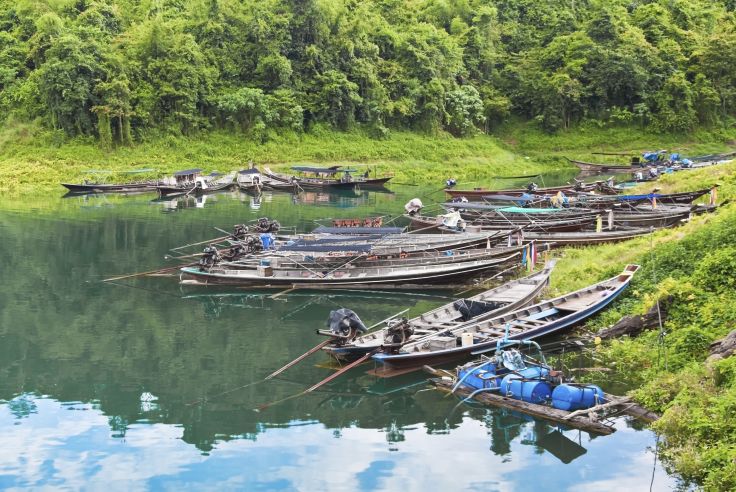 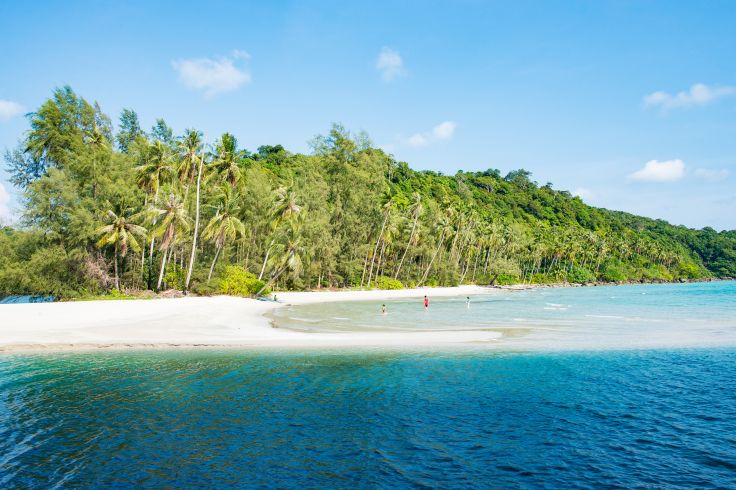 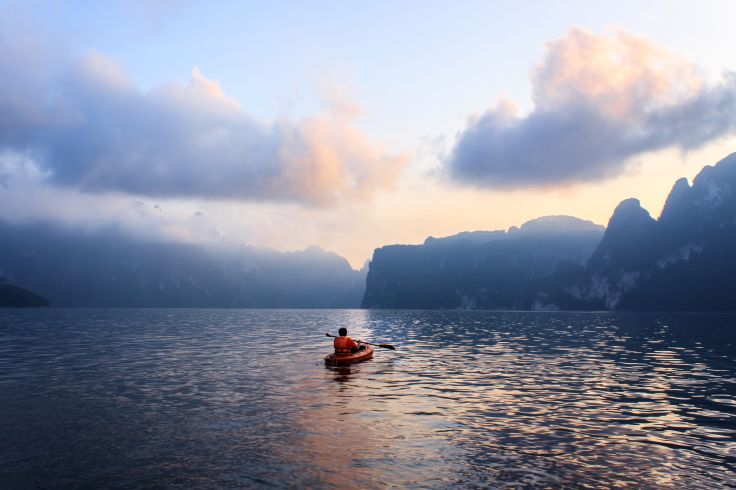 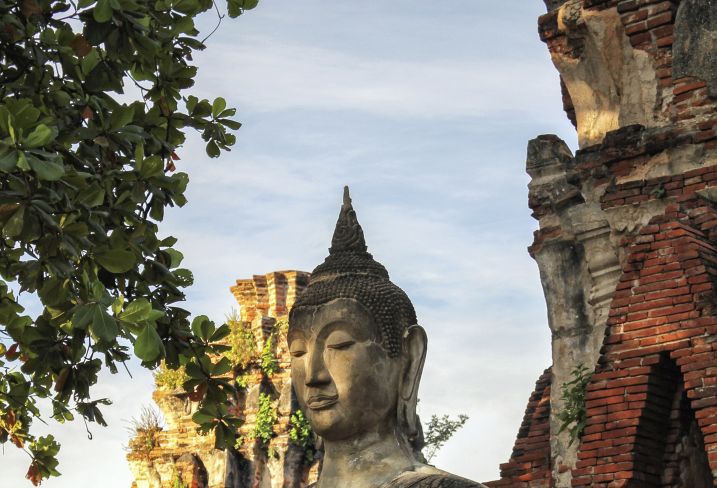 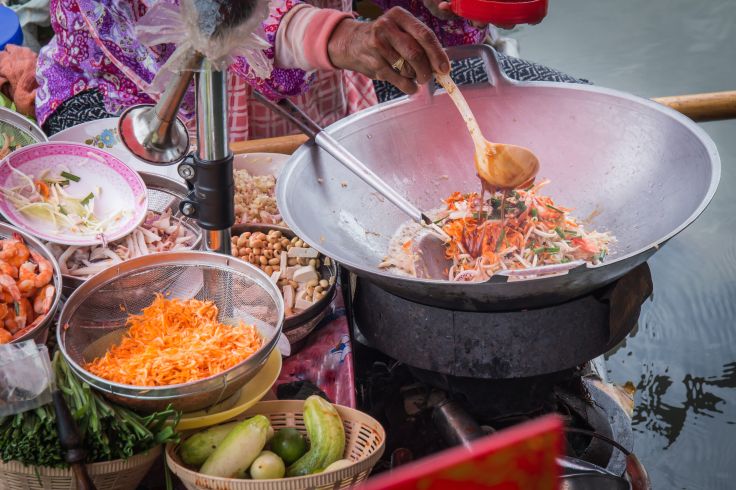 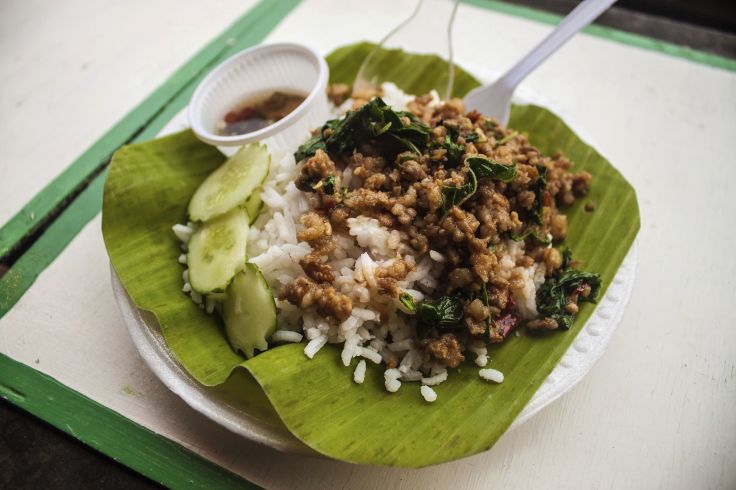 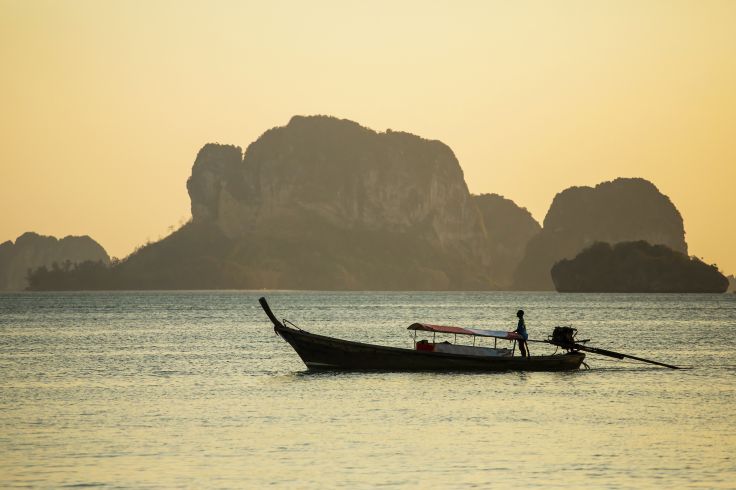 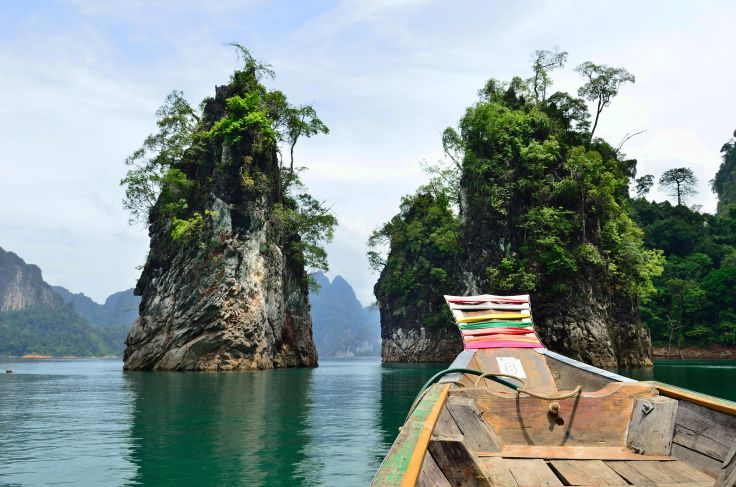 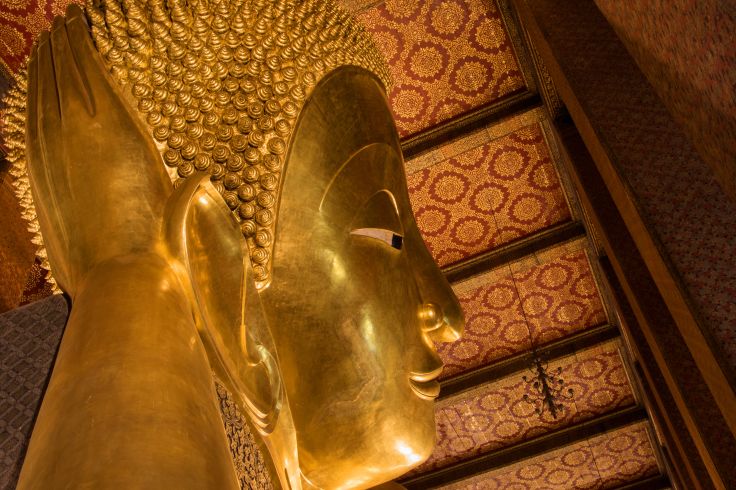 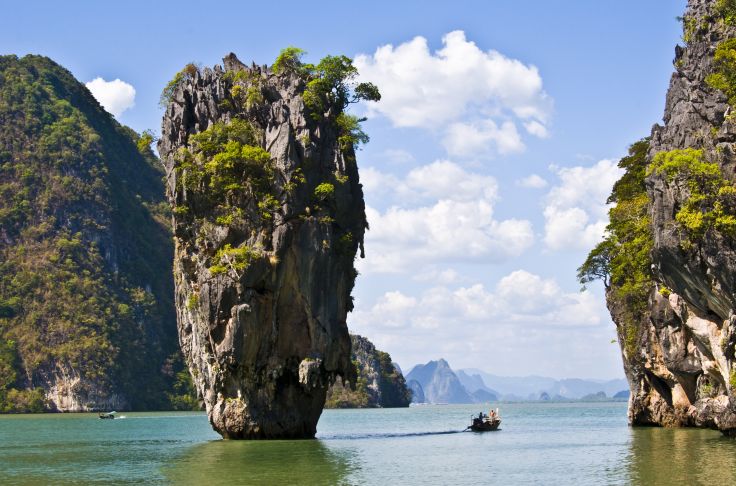