Modern Hebrew is spoken by 75% of Israelis (Jews and Arabs), but it is not the mother tongue of 30% of them (currently about 60% of Israeli Jews born in Israel). Russian, German, English, Polish, Hungarian and many more are still many Israelis’ maternal languages. Yiddish retains a special status in Ashkenazi (descendants of Jewish communities who settled in Central and Eastern Europe) communities. Most of Israel and the West Bank’s Arabs speak Arabic. English is the first international language, followed by French.

76% of Israeli citizens are Jews and 19% are Arabs, with 4% of Arabs practicing Judaism. Among the Jewish population, the Sabra - those of Israeli descent - make up 28% of the total population, followed by Russian Jews (11.5%), but Israel is in reality home to Jews from all over the world - Poland and Ethiopia, Italy and Tajikistan, Morocco, Yemen etc. The Arabs are Palestinians (14%), Syrians (2.5%), Druze (1.5%) ...

Perhaps surprisingly there is no state religion in Israel. Jewish Israelis are mostly practitioners of traditional Judaism (55%), Liberal or Conservative (17%), Orthodox and Haredim (ultra-orthodox) (8%). 20% of Israeli Jews declare themselves non-religious. Ashkenazi (from Central and Eastern Europe) Jews and Sephardim (from the Mediterranean) Jews have different religious organisations. The Arabs are mostly Sunni Muslims (2% are Christian and 1.5% Druze religion). The West Bank is also the cradle of Christianity; all traditional Christian denominations there have institutions and communities. The Baha'i Faith has established its administrative center in Haifa.

Jewish holidays (the date changes every year according to the lunar calendar) :

Muslim festivals (the date changes every year according to the lunar calendar) :

Christians have their own festivals cycles, depending on the denomination to which they belong.

On 14 May 1948, David Ben-Gurion (1886-1973) proclaimed the independence of the State of Israel. The 15 Arab states attacked. These events were the result of a complex historical process in which the destruction of European Jewry during the Second World War was the nadir. On 29 November 1947, Resolution 181 of the United Nations accepted the principle of the partition of Palestine (then under British administration) into a Jewish state and an Arab state. The next day, Jews and Arabs clashed in Palestine. Britain withdrew on the 13th May and Israel quickly won on all fronts and increased its territory by 25% including land home to 750,000 Palestinian Arabs. Between 1948 and 1952 Jews living in Arab countries flocked to the new state, joined by surviving European Jews. In 1956, during the Suez crisis, the Israelis occupied the Sinai. In the early 1960s, the trial of Adolf Eichmann (1906-1962) had considerable symbolic importance because justice was administered in the territory of the State of Israel. Meanwhile Palestinian resistance was growing, and the PLO (Palestine Liberation Organization) was founded in 1964. Three years later, and in the face of active hostility from the Arab states, Israel launched a preemptive offensive: in six days the Isreali Defence Forces (IDF) overran the West Bank, Gaza, the Golan Heights, the Sinai and East Jerusalem. Resolution 242 of the UN quickly called for Israel to withdraw and respect the previously recognised borders. In 1969, Yasser Arafat (born 1929) became head of the PLO. During the Olympic Games in Munich, 11 Israeli athletes were murdered by a Black September commando group from Fatah, one of the components of the PLO.

In 1973, during the Yom Kippur festival, Egypt and Syria launched a simultaneous attack against Israel, which was repelled. Resolution 338 of the UN reaffirmed the principles of resolution 242. This war, known as the Yom Kippur War, was one of the triggers of the oil crisis, and lead to changes in perception on all sides. For the Arabs, Israel was now a permanent fixture. For Israel, military dominance over her Arab foes could no longer be guaranteed. Anwar Sadat (born in 1918), President of Egypt, recognised Israel and gave a speech to the Knesset (Isreali parliament). The Camp David Accords (1979) were signed by Sadat, Menachem Begin (1913-1992) and Jimmy Carter (born 1924). Under these agreements, the Sinai was returned to Egypt. Sadly also because of these agreements, Sadat was assassinated (1981). Meanwhile, the PLO became firmly established in Lebanon, coordinating anti-Israeli terrorism.

In 1982, Operation Peace for Galilee managed to dislodge the PLO. However, the massacres in the Palestinian camps of Sabra and Shatila, perpetrated by Lebanese Christian militiamen in an area controlled by the Israelis, rocked opinion. In the West Bank and Gaza, the first Intifada (uprising) began in 1987; it lasted six years, only ending with the signing of the Oslo Accords between Isreali PM Yitzhak Rabin and Arafat, which provided for the creation of a Palestinian Authority to self-govern ‘territories’, and the mutual recognition of the PLO and Israel. In 1995, Rabin was assassinated and tensions returned. The old guard of the PLO had to retrain for government but the organisation is taken over by radicals and Islamists. In 1999, Abdel Rahman Zuabi (born 1932) becomes the first Arab Israeli called to sit on the Supreme Court. A Second Intifada began in 2000 and continued until 2005, the year Arafat died.

Israel is a democratic state, in which the Declaration of Independence (1948) and 14 basic laws passed by parliament, take the place of a written constitution. The parliament, the Knesset, has a single legislative chamber (120 deputies elected every four years). The president is an honorary position, and the Prime Minister is the leader of the party with a Parliamentary majority (or most seats in a coalition), who then forms a government. The Supreme Court is the highest court.

Tipping is at your discretion but we can assure you that your tip will never replace the salary when it comes to our staff. For drivers, we recommend a minimum of $5 per day per person. We recommend you double that for guides. The Sabbath (Friday sundown to Saturday evening) is a non-working day in Israel. It commemorates the seventh day of creation, during which God rested from his work. While religious observance might not be ubiquitous all Jews respect the importance of the Sabbath, and places of worship require proper discretion. In Arab areas, take off your shoes in mosques and Muslim houses.

Wooden handicrafts found in the markets; the creations of designers in trendy Tel Aviv.

Kosher cuisine excludes several prohibited foods (pork, shellfish etc) and includes several rituals (bleeding meat, no milk mixture in meat...). But Israeli restaurants are not all kosher. Muslims respect, for their part, the dietary laws of Islam. Immigrants brought to Israel the cuisine of Eastern European (Ashkenazi) and the Maghreb (Sephardim), including borscht, goulash, schnitzel, carp (gefilte fisch), herring, etc. while Israeli Arabs and Oriental Jewish communities have contributed couscous, dafina (stew), pita bkaïla (beans and spinach), etc. Hummus (mashed chickpeas and sesame) is perhaps the emblem of the East, to which we must also add boreks (savoury pastries) and halva (sesame paste). Falafel (chickpea patties or beans) and shawarma (kebab) are the pillars of Israeli fast food.

The tap water is perfectly safe to drink, but mineral water is available everywhere if you prefer, and soft drinks too. Israeli beer is usually blonde and light (but microbrewers are innovating: Dancing Camel Tel Aviv’s Midnight Stout has chocolate malt...). The area of ??Haifa or the Golan now produce very good wines (red, rosé and white). Fruit juices are delicious. Coffee is commonly ‘Turkish’, and it’s probabbly best to avoid alcohol in Muslim areas outside authorised vendors such as hotels, bars and restaurants. 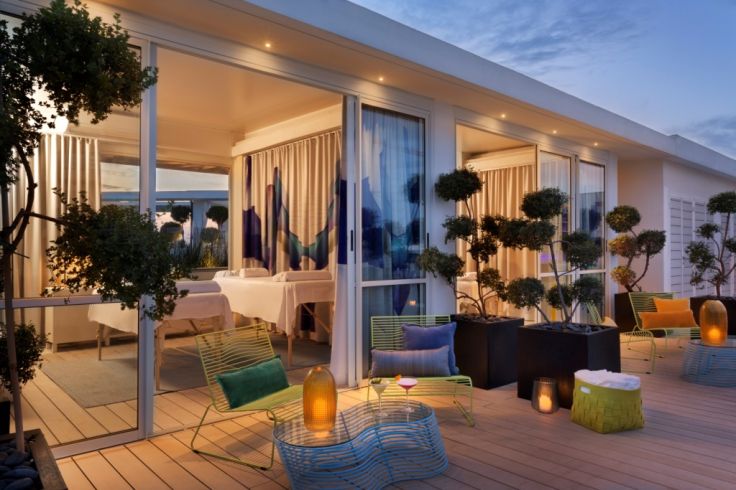 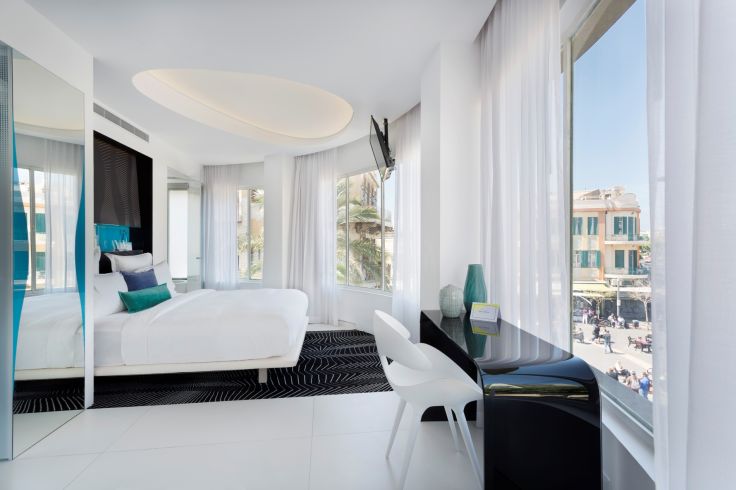 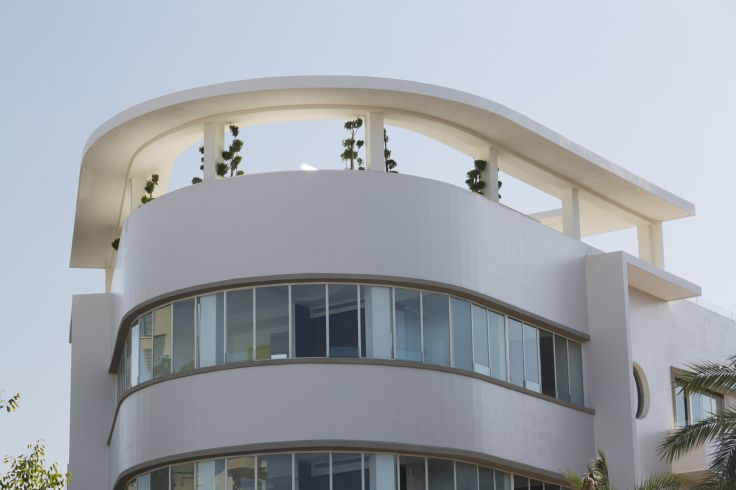 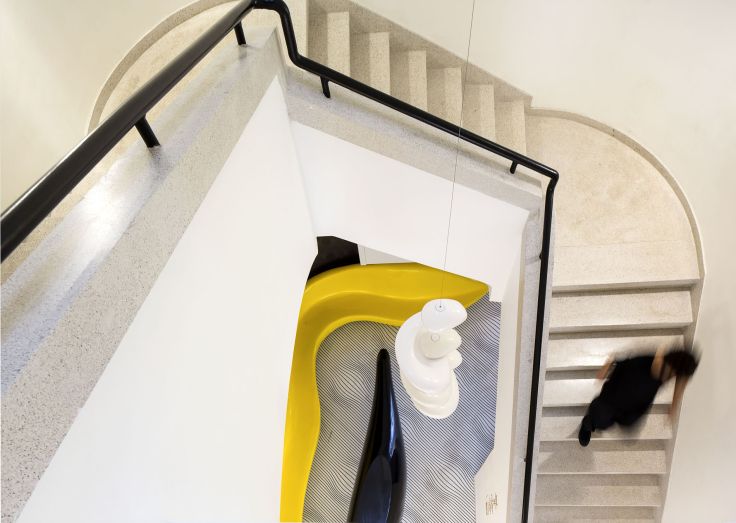 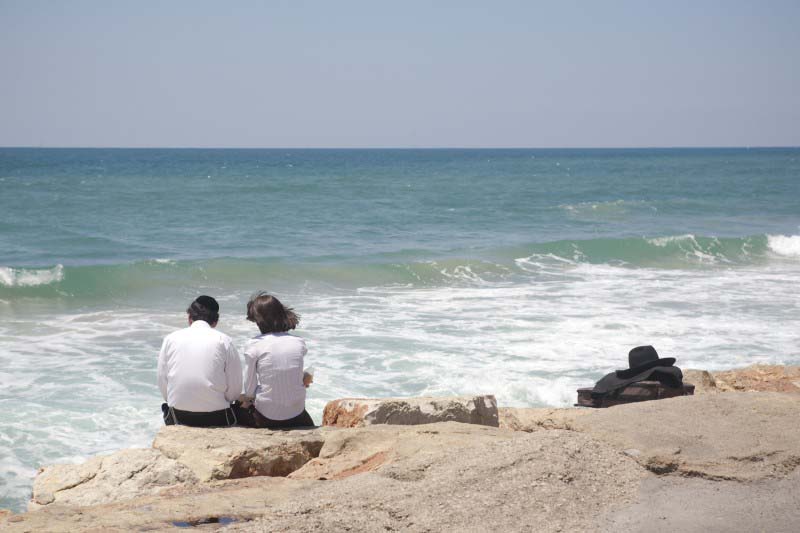 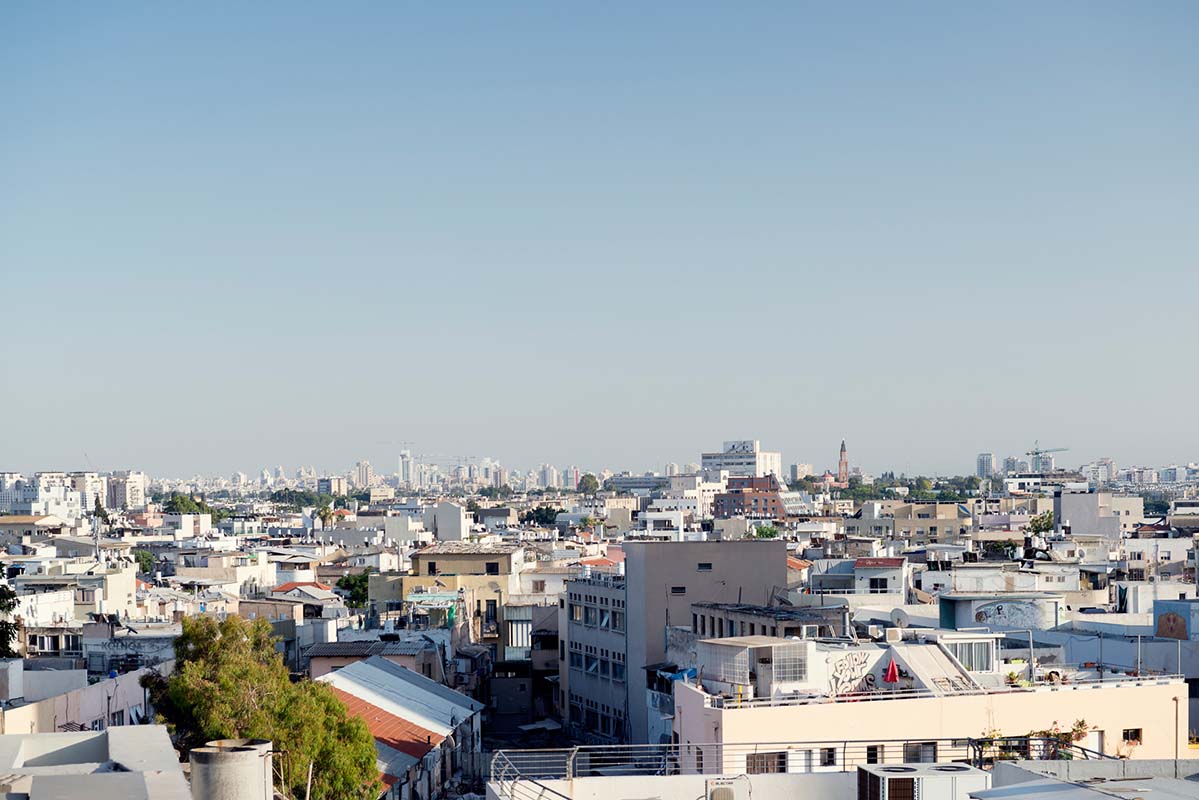 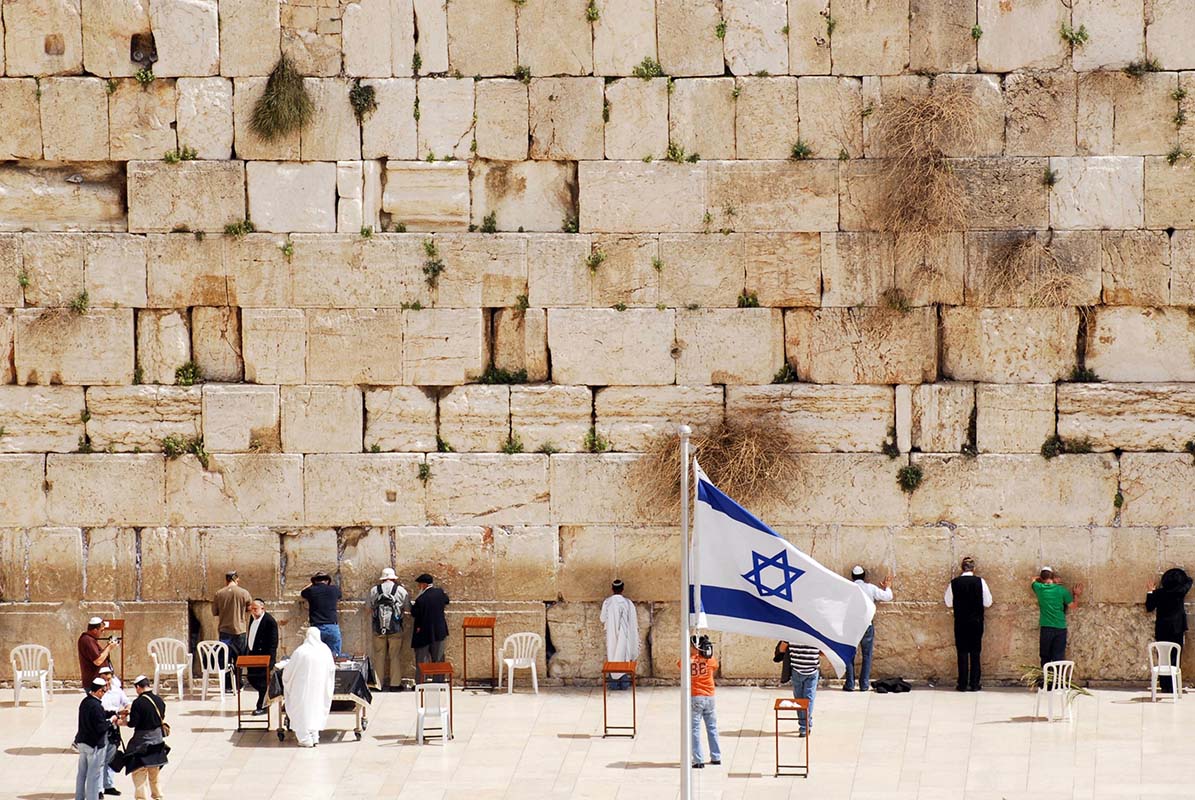 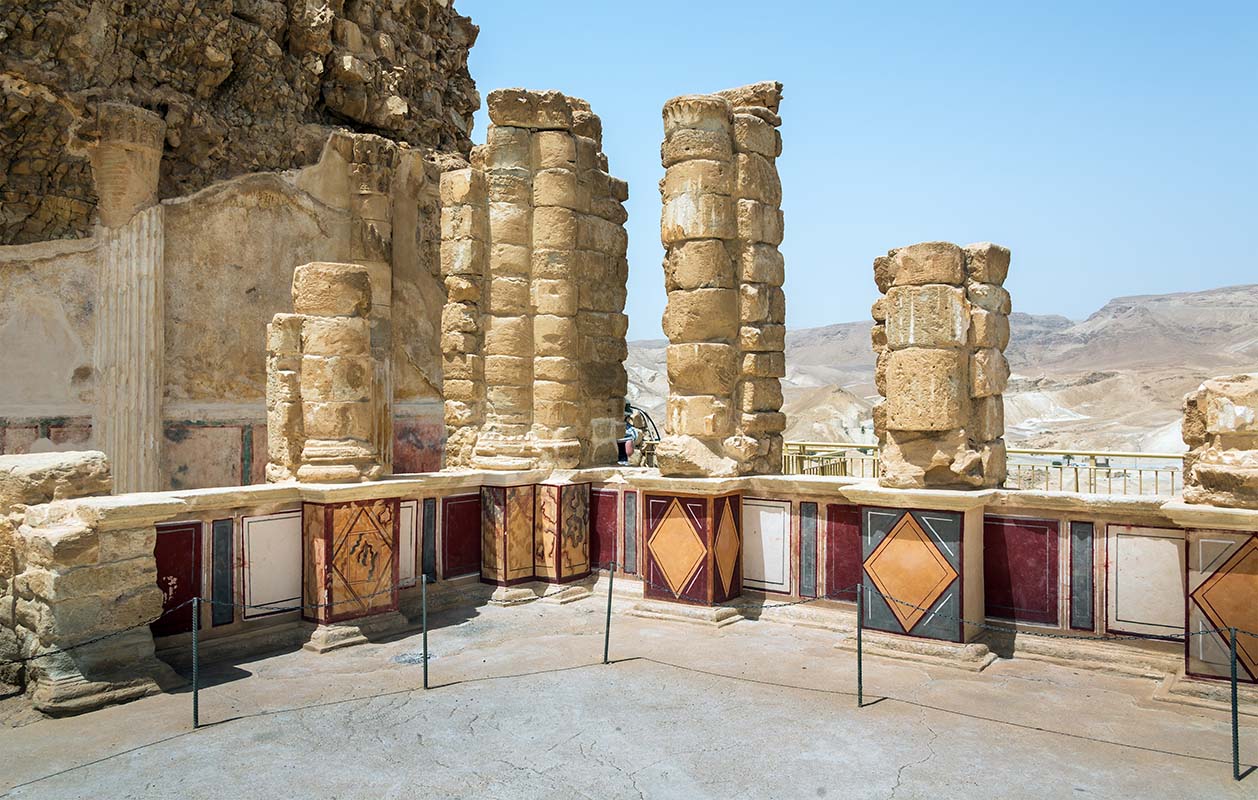 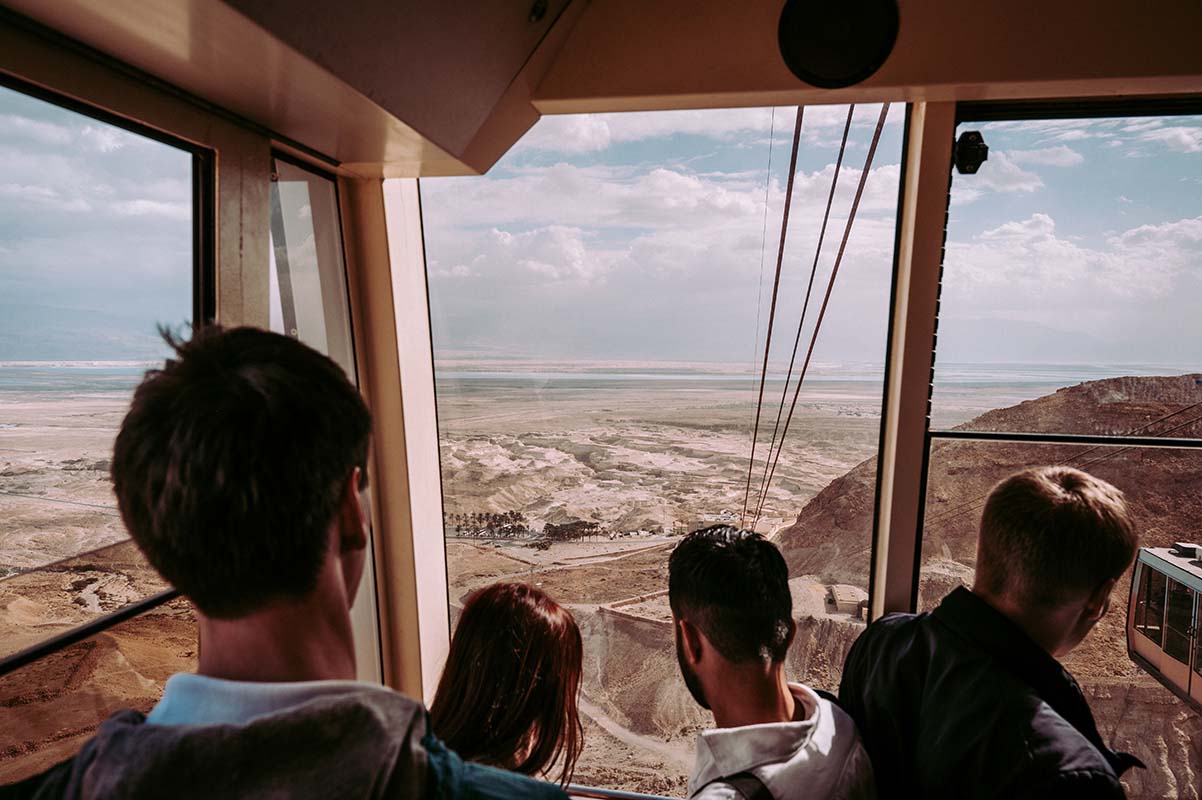 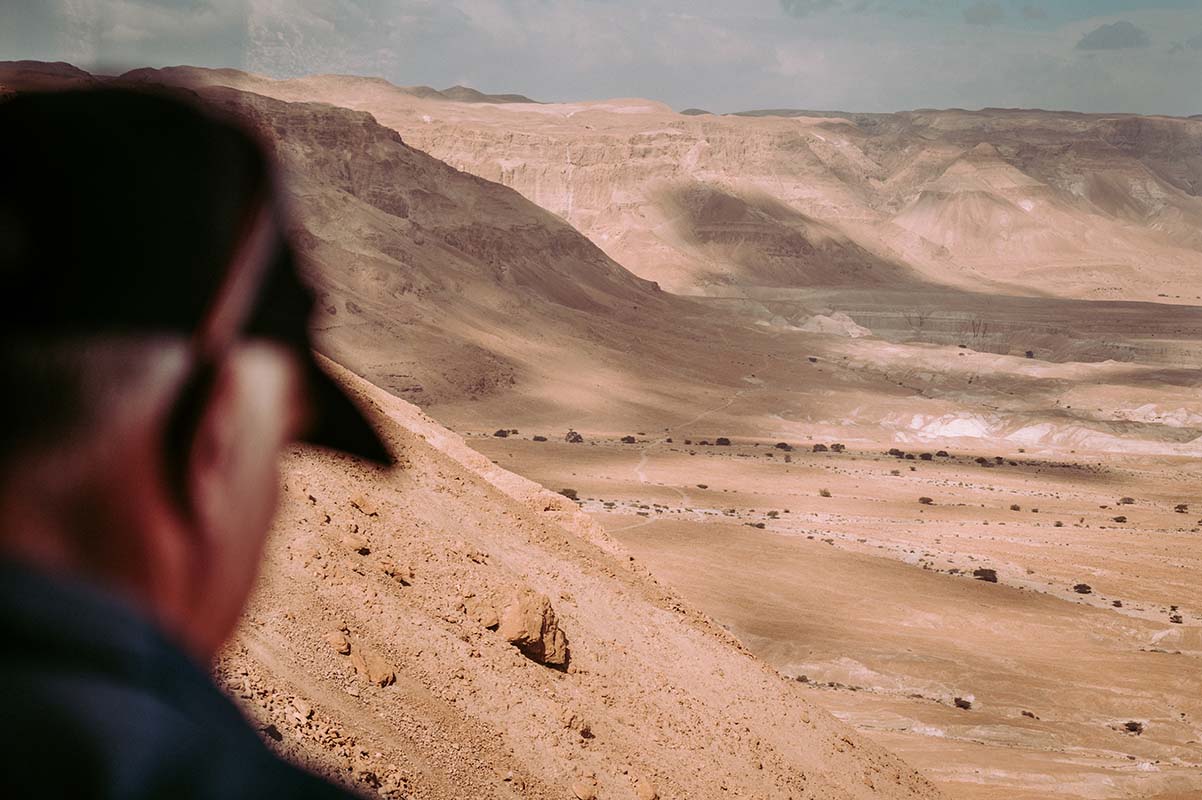 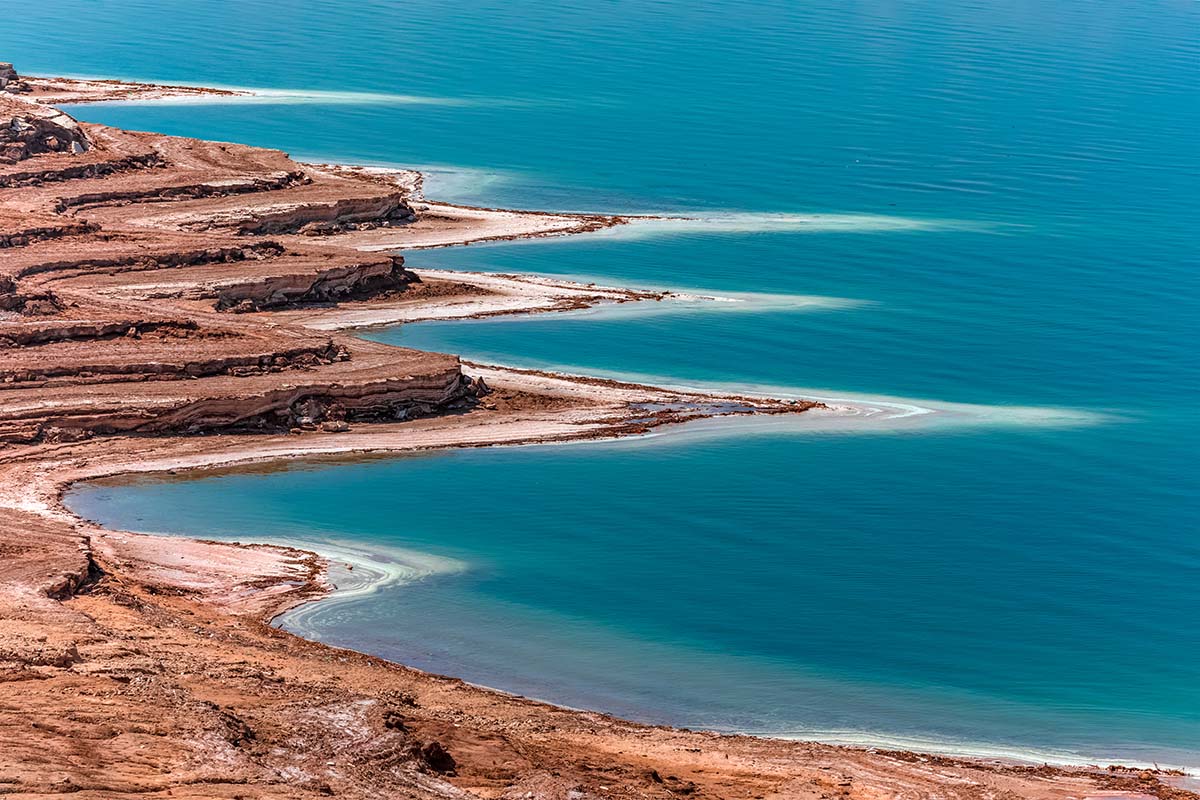 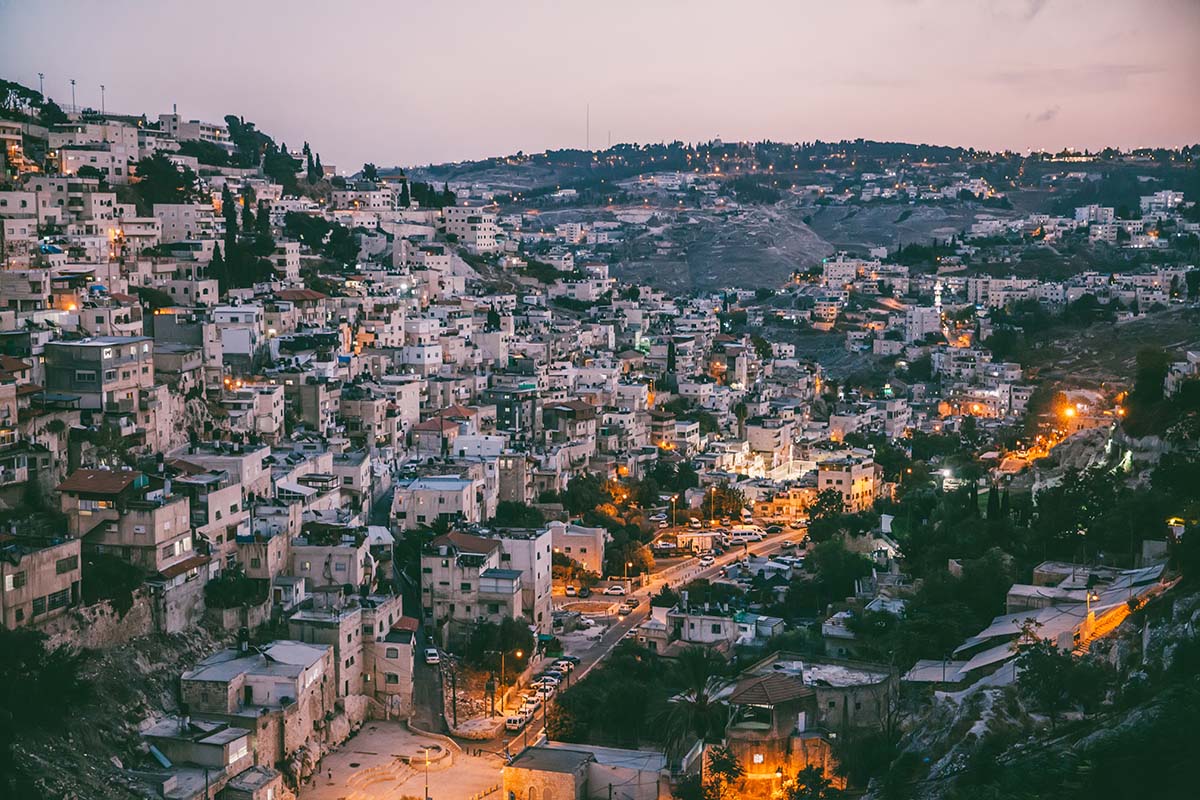 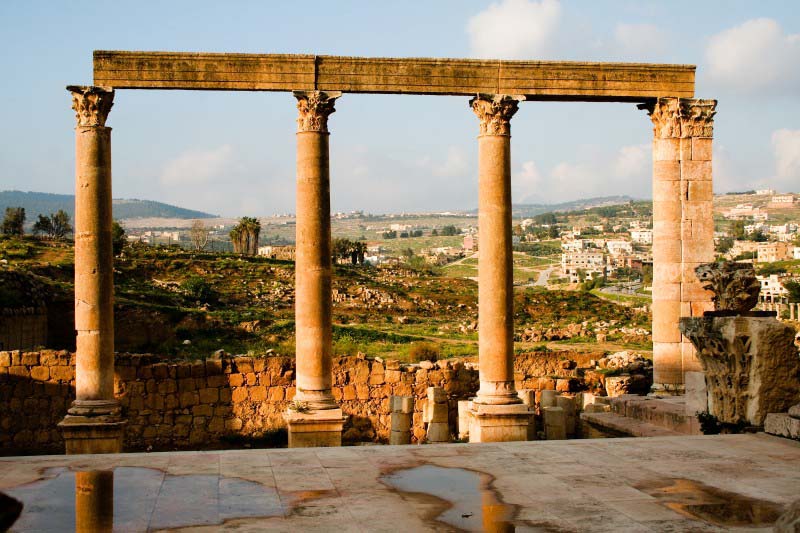 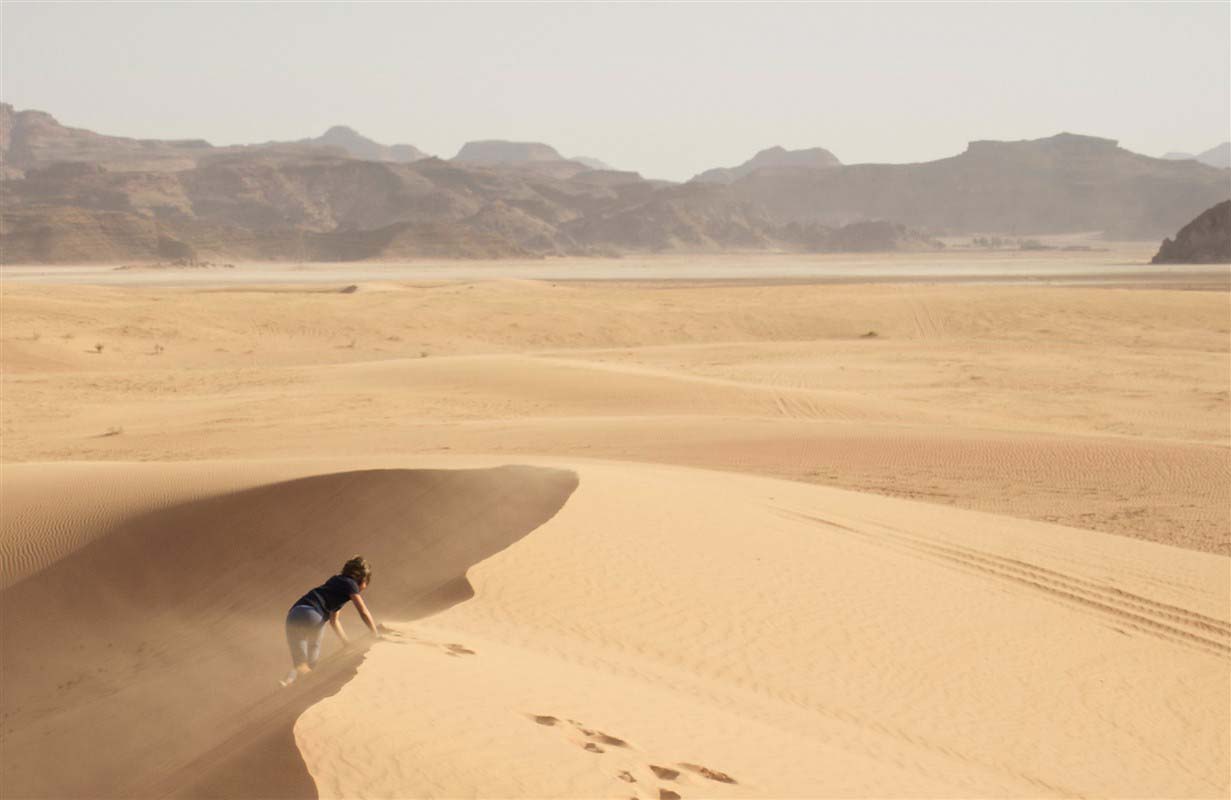 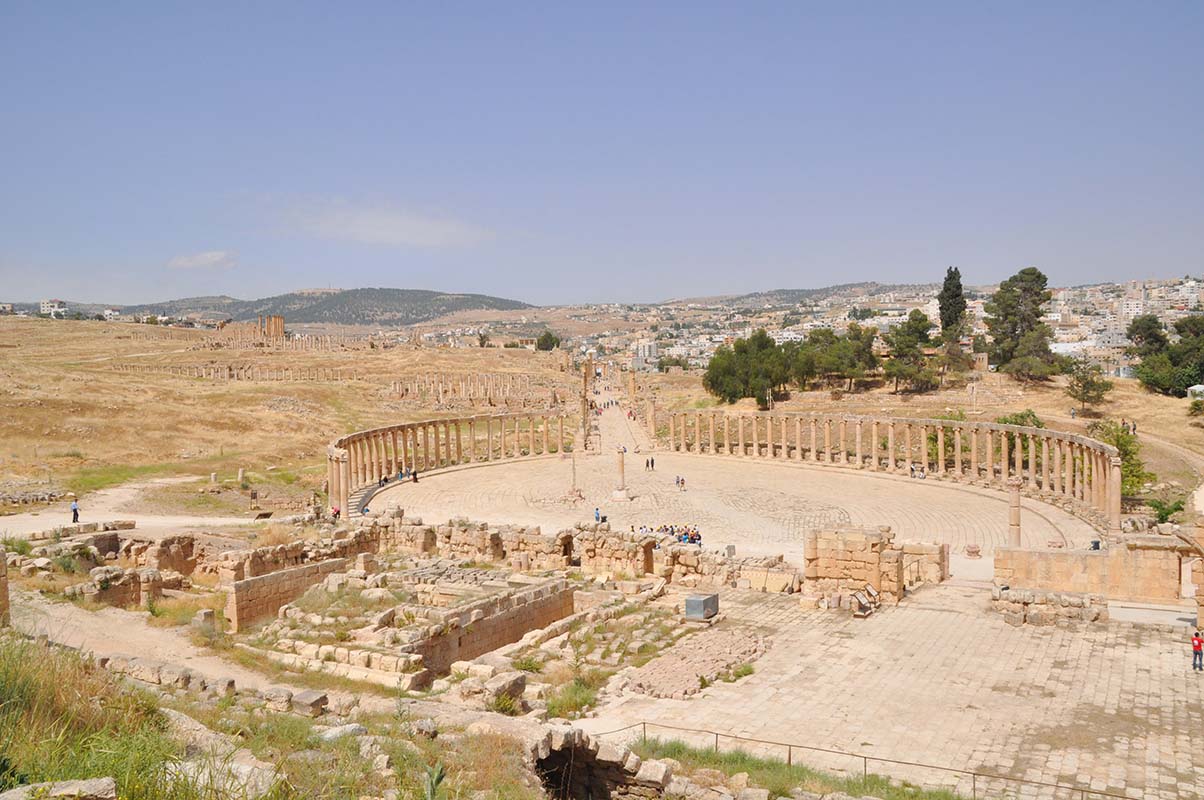 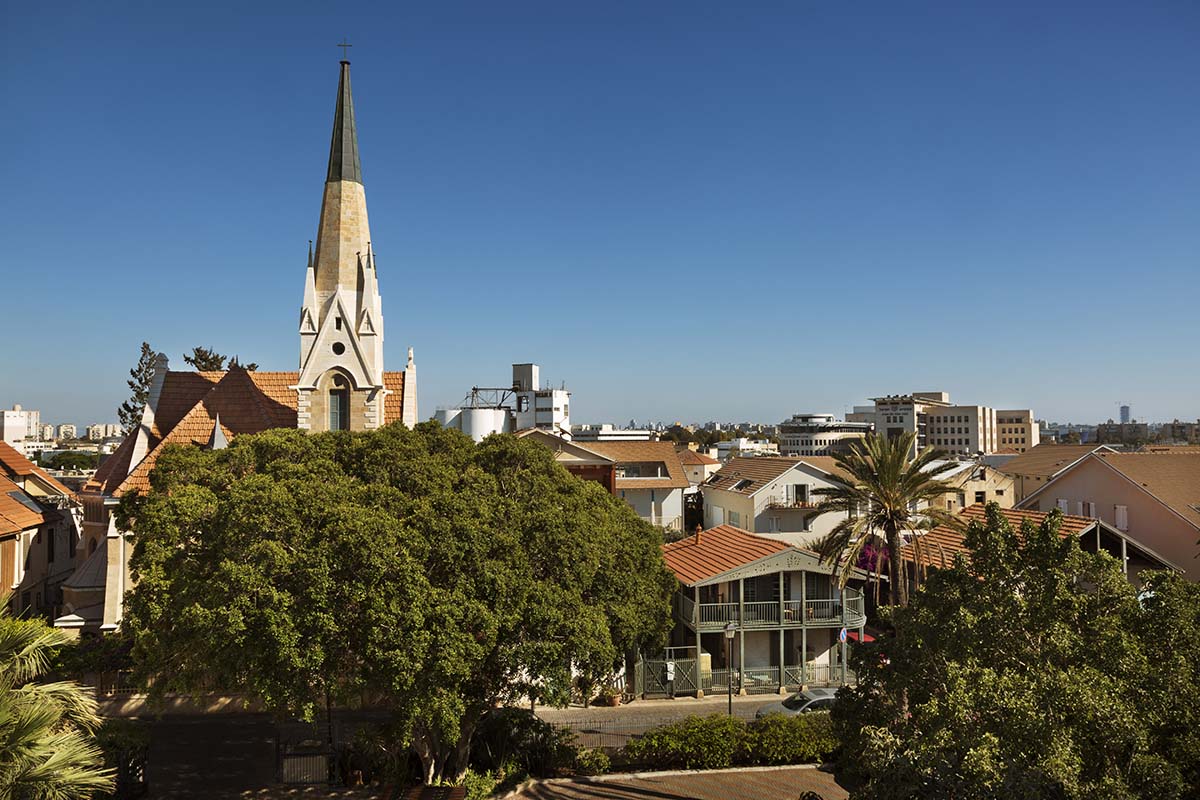 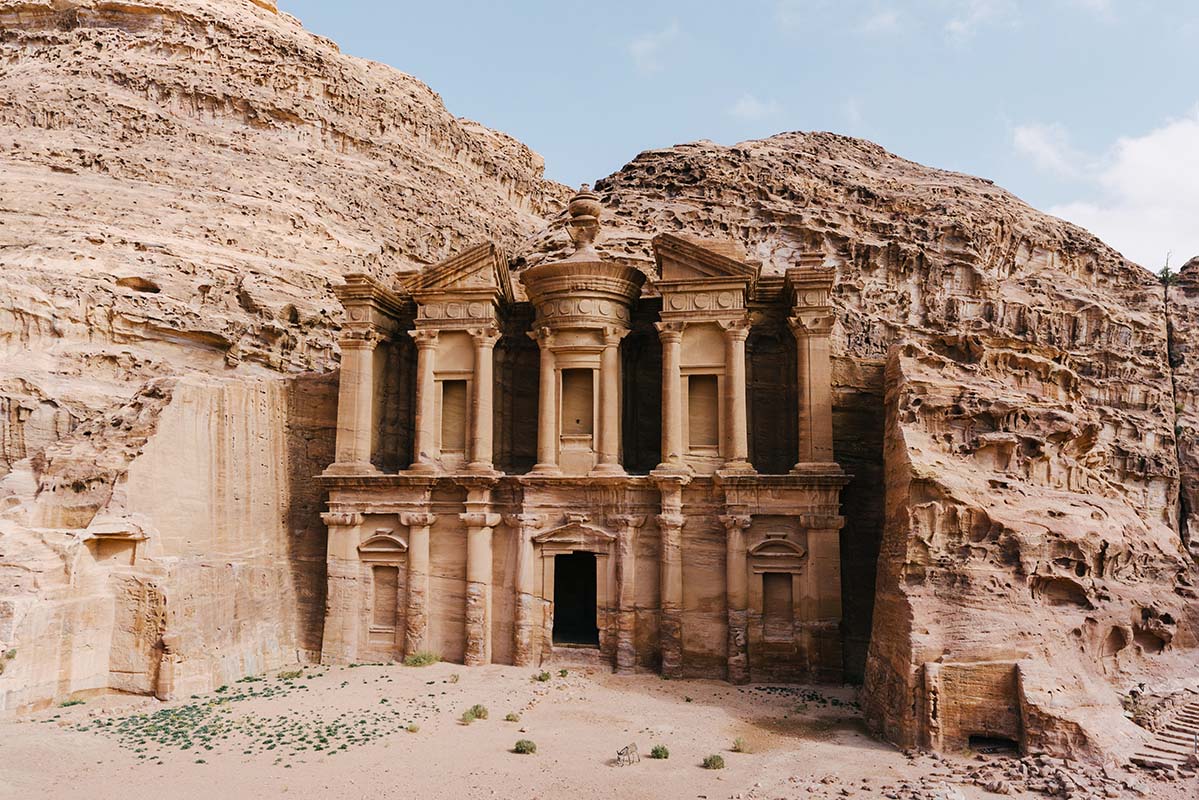 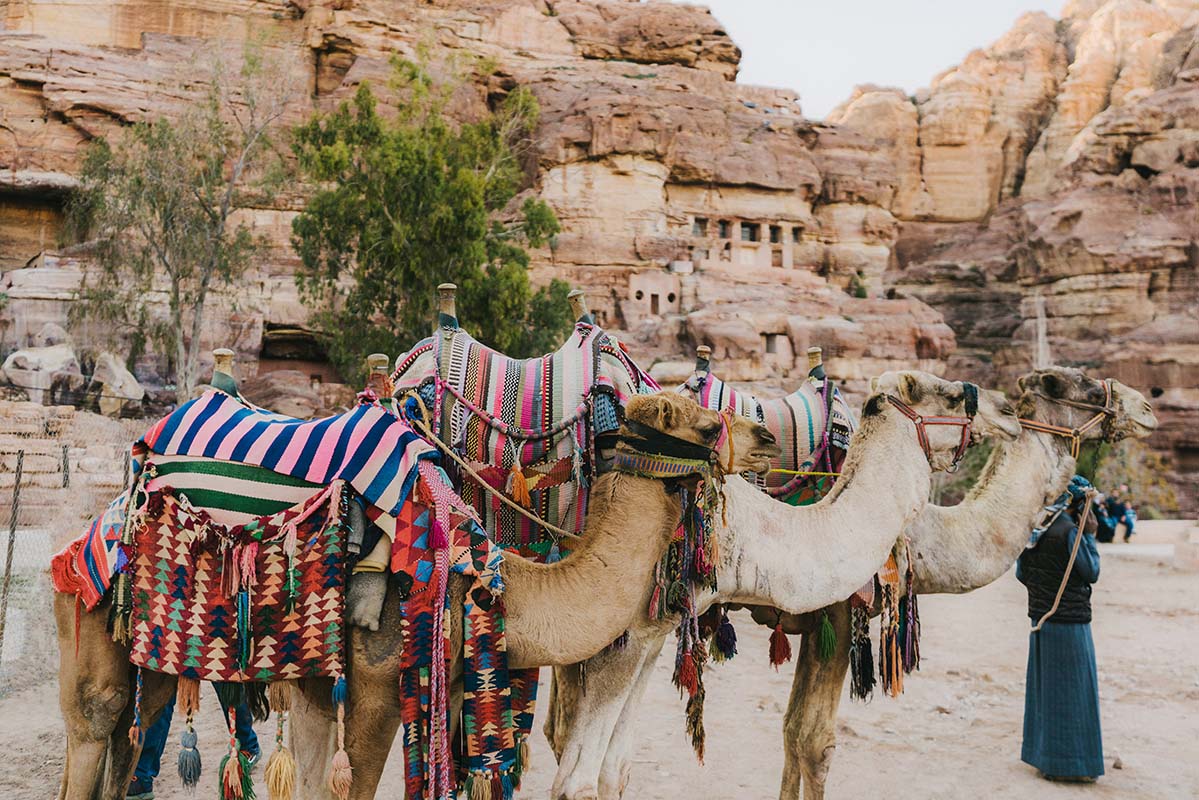