If you thought there were no undiscovered destinations left, think again. Guyana - a small South American country that is big on beauty and seriously low on tourists - is the ultimate destination for an offbeat adventure. From pristine, untouched rainforests (85% of the country remains covered in them) to wonderfully wacky wildlife (think 6ft-long giant river otters and shy pumas), Guyana holidays are guaranteed to surprise and delight even the most discerning of travellers.

For nature lovers, Guyana (meaning 'The Land of Many Waters' in one of the local Amerindian languages) is an absolute Eden. Accompanied by indigenous guides, spend your days trekking through pristine rainforests, across dusty savannahs and in verdant highlands with not another soul in sight. Then venture to Kaieteur Falls - the largest single-drop waterfall in the world - brave the heights of the 95ft-high Iwokrama Canopy Walkway and spend your nights in remote rainforest lodges run by local communities.

Wildlife lovers too will be in their element here. There's a reason the country also goes by the name the 'Land of the Giants': Guyana is home to some of the world's most extraordinary species, from giant anteaters and giant river otters to the world's largest rodent (capybara) and largest freshwater fish, the arapaima, which has developed anti-piranha protective scales. As well as this, the country boasts six wild cat species - including the notoriously hard to spot jaguars - and a staggering 900-plus bird species, making Guyana a birdwatcher's paradise. For a truly unforgettable experience, we can even arrange for you to help out at a black caiman research project which involves capturing, tagging and measuring these prehistoric beasts which are a cousin of the crocodile.

When you're not walking on the wild side, head to the country's charming capital Georgetown to experience Guyana's unique culture. Weaving together seven different ethnic groups, Guyana is a true melting pot, but one that's created a delicious and harmonious blend. The vibe is Caribbean in essence, and you'll see mosques next to churches, and Hindu temples right across the road founded by the descendants of the many Indian indentured labourers who came to Guyana in the 19th century. Thanks to its diversity, Guyana is a foodie haven that's bursting with flavours from across the globe. Feast on Indian-inspired curry and dahls, sample your way around the fresh fruit and vegetable markets, brave fiery chilli sauces and wash it all down with a fresh rum-infused coconut.

If that's not enough to whet your appetite, we've got another fun fact for you: Guyana is the only country in South America with English as its official language so you'll be able to get around even the most remote Amerindian villages without having to brush up on your Spanish or Portuguese. 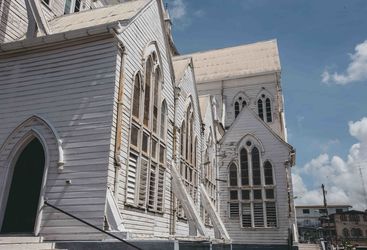 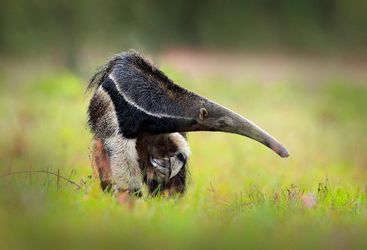 With its vast open plains and sun-baked savannahs, Guyana’s Rupunini region is a contrasting but welcome balance to the twisting sea of green...
Find out more Add to Ideas+ 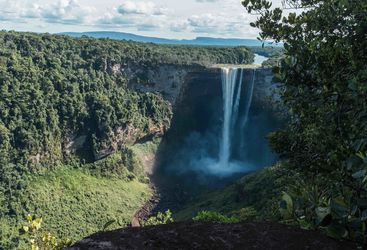 Showing 1 - 3 of 3 destinations in Guyana 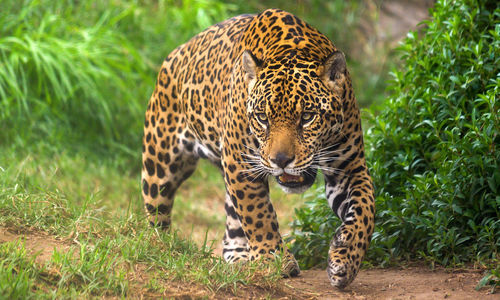 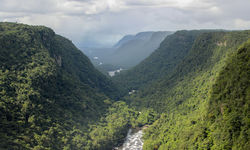 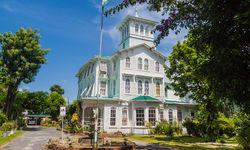 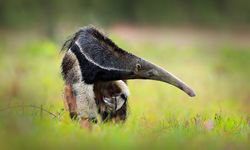 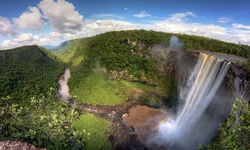 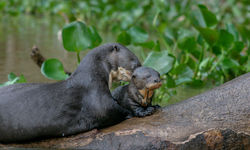 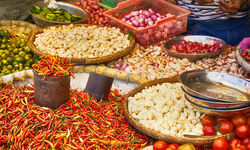 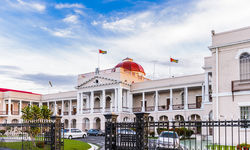 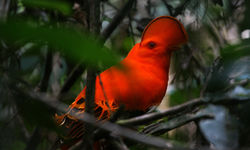