Chile's capital, Santiago, is often overlooked as a mere stopover after the long international flight, and certainly it is less showy than Buenos Aires or Rio, but it is well worth staying a few nights in one of many good hotels, and exploring the city and its surrounding attractions in the Central Valley. Badly damaged by earthquakes over the years, Santiago's architecture is an interesting mix of historic and modern, with gleaming buildings alongside baroque buildings and the impressive Presidential Palace on the central Plaza de Armas. We recommend at least a couple of days for your Santiago
and Central Valley holidays and while you're there, make sure you head up San Cristobal hill with your camera, to get the best views of the city and the surrounding Andes. After that, you can move on to Chile's surrounding attractions; the coast, Andes and vineyards.

Highlights of Chile: Top to Toe

Take a city tour of Santiago

OUR SANTIAGO & THE CENTRAL VALLEY HOLIDAYS

The Atacama Desert and Northern Chile 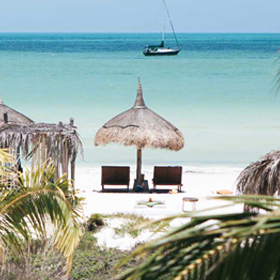 What our clients say about us
Chile customer reviews (2 reviews)
4.5/5

They did wonderfully in putting together a new side trip in Chile in a matter of hours and, in particular, finding us a sublime hotel when our original one melted away in an Atacama "rain event". 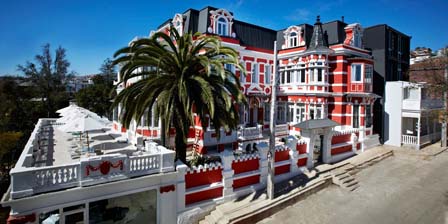 Who is a Santiago & Central Valley holiday best for?

Foodies and wine lovers. The food in Santiago is great; from the bustling central fish market to any number of upmarket international restaurants and more typical Chilean lunch options. South of the city, the Central Valley is where the majority of Chile's wine comes from. The Maipo Valley, closest to Santiago, is home to the most widely known export; Concha y Toro, whose winery can be visited in a day trip. Maipo's cool ocean breezes, bright sunshine and elevated slopes are perfect for Cabernet Sauvignon grapes, one of the export varieties Chile has become synonymous with, but local vineyards also grow Merlot and Chardonnay on the upper slopes. Beyond that, deeper into the picturesque landscape of vines with the Andean backdrop, are many smaller vineyards, some of which form part of the 'Wine Route' and offer charming overnight accommodation. Try a glass of delicious Carménère red wine - the grape was originally from the Bordeaux region of France but is now almost exclusively grown in Chile.


Special Things to Do near Santiago

While there is plenty to keep you busy in Santiago itself, it is certainly worth heading on a day trip to the coastal town of Valparaiso, an important port as well as a UNESCO heritage site.

Best places to go in Chile