At around 2,700 miles long, Chile has a real mix of different climates. The weather is sometimes extremely dry, sometimes freezing, and changes depending on the region. The only common climactic thread that connects the vast Chilean landscapes is seasonality. The seasons there are the opposite of ours, so don't expect summer weather in July and August, as it's winter time.  We've put together a travel calendar to make it easy to find the best time to visit to Chile.

January is an ideal month to travel to Chile as it's the start of the summer season. However, given the country's geographical diversity, the climate is very variable.

For any budding meteorologists, a very special phenomenon also occurs in the north of Chile every year from January to March : namely the Altiplanic Winter. The San Pedro de Atacama region and the surrounding area are sometimes subject to heavy rains, which can be accompanied by hail and snow.

Opt for sunny coastal towns, or Easter Island off to the north-west of the Chilean coast.

Be aware that at higher altitudes, temperatures are cooler. For those feeling really ambitious, head to Parinacota in the far north, one of the world's highest cities at 14,528ft.  Layering up is essential here.

January is also a good time to travel to Patagonia , as the weather there is generally good, despite occasional showers. But beware, the weather can be particularly changeable in Tierra del Fuego.

Summer continues in February in the Andes, so it's still a good time to visit.

As in January, coastal towns remain a favourite, as showers are rare and the days are sunny. Valparaiso is one of Chile's many coastal gems. Spend time riding the town's many lifts, and wander among its multicoloured cottages and steep alleyways.

Be aware that if you are intent on travelling to higher altitudes, even if the sun is out summer clothing won't cut it.

Meanwhile Easter Island (or Rapa Nui for those in the know) is great for a visit at any time of year, with only a few rainy days a month and very pleasant temperatures around the 24°C mark.

Those wishing to explore the far south of Patagonia will be glad to know that rainfall is low in February, with bright, sunny skies.

March : The First Signs of Autumn

March is the last month of summer, and brings with it a gradual cool-offing across the country.

In Patagonia, the mercury drops and the showers get more intense. Visiting the region in March is therefore not recommended.

On Easter Island, the humidity increases, but you can definitely still visit. The sun shines for the most part, only occasionally hiding behind a few clouds. One of our favourite  places is the ceremonial village of Orongo, home to ancient traditions and clinging to the rim of an extinct volcano, with a sheer cliff down to the ocean on one side and a volcanic caldera on the other .

In March the best places to visit are coastal towns, which are mild at that time of year.

In the Cordillera range, most of the area requires warm clothing by then, as snow is already starting to fall.

In April, the southern winter slowly starts to make an appearance in some parts of the country. For more temperate weather, head to the coastal towns in northern Chile. This is the ideal time to visit the seaside resort of Vina del Mar, as it's much less crowded at this time of the year.

Heat still reigns supreme on Easter Island, too, no matter the time of day.

For experienced walkers wishing to take on the challenge of the Andes, we recommend not going in April, as it's already gripped by cold weather.

In Patagonia, the temperatures are also on the chilly side (up to a maximum of 10°C), but you can still visit Tierra del Fuego as long as you're well-equipped. Rainfall also drops slightly.

May:  The Cold Gets Closer

From May onwards, rainfall is high in the central regions of Chile and around Santiago. However, temperatures stay around 15°C until September, so it's possible to go exploring,  just make sure you have a good raincoat.

Once again, the towns on the north coast and Easter Island are best because they have mild, sunny and slightly rainy climates.

On the other hand, the Andes and Patagonia are already well into winter temperatures, although the sun continues to shine in Tierra del Fuego. May is also a great time for ski enthusiasts to visit the resort of Portillo, the best ski destination in Latin America.

The majority of the country experiences wintry conditions in June. Fortunately there are some exceptions, such as Arica or Iquique in the north of the country, which have milder weather at this time of year. Although Arica itself isn't particularly interesting, it's a great gateway to Bolivia and Peru for cool combination trips.

As ever, Easter Island is comfortably warm. The only drawback  is that humidity here is quite high.

A word of warning - in June all Chile's high-altitude cities, from Santiago to Atacama, experience biting cold and stormy weather and access can sometimes be restricted.

Patagonia is still open to visitors as the sun continues to shine there for at least a few hours a day on the whole. Just be sure to wrap up warm.

July:  Get Wrapped Up

Winter is in full swing between July and August,  which is great for ski enthusiasts because Chile is home to some of the finest resorts on the continent. There's Portillo, as before, but less than two hours from Santiago you can also escape to sunny (and snowy) Valle Nevado with views of the majestic Andes mountain range.

As for the rest of the country, it's quite the opposite : July is the coldest month of the year. The southern hemisphere's winter is at its peak, both in the northern coastal towns and high-altitude locations, where snow and thunderstorms are common.

There are no prizes for guessing what season it is in Patagonia , with abundant snow throughout the area and temperatures reaching a maximum of 6°C.

Only Easter Island continues to have a fairly mild climate, with a significant decrease in rainfall.

August : On The Rise

Although it is generally still at the mercy of winter, there are some places in the country that experience better weather in August. Choose low-lying cities such as Concepcion or La Serena, the famous seaside resort and gateway to the astronomical observatories that surround it. The weather is cool but good for hiking.

On the other hand, if you're there to hit the slopes, make sure to dress appropriately as they get heavy snowfall. For an extra few degrees of warmth, head to San Pedro de Atacama, where the thermometer sometimes reaches 15°C at this time of year.

Avoid Patagonia if you can, as it's too cold. Visit Easter Island instead, where the weather is still good for exploring.

September : The Heat Starts to Return

September is synonymous with spring in most Chilean regions as it's the last month of winter. The Highland cities offer pleasant weather conditions (except Portillo), and from there it's possible to visit the Atacama Desert.

Visitors who prefer the ocean should head north to the sunnier coastal cities, where temperatures are significantly higher. We recommend Valdivia in particular for hardcore party animals, because of its nightlife.

Although warmer, Patagonia is still too muddy for tourists wanting to walk.

Even on Easter Island, the weather isn't at its best, with only fairly mild temperatures.

The weather in Patagonia improves in October , as despite the persistent cold, the sun regularly shines.

However, watch out for the Andes: for outdoor  enthusiasts, we strongly advise against visiting at this time of year because of the frequent thunderstorms.

We prefer the seaside towns in northern Chile, which have very little rainfall and a good amount of sunshine. But be careful not to go too far south, as it's chillier there.

The sun is well and truly out on Easter Island in October, with the exception of the odd cloud.

November : It's All About Diversity

Head towards the ocean in November.  Rainfall is minimal over the coastal towns, which also get a lot of sun. Visit the National Humboldt Penguin Reserve and surround yourself with Chilean wildlife on Isla Damas.

Patagonia is also recommended for a visit in November, but be sure to bring some warm layers just in case. The city of Punta Arenas is generally the mildest part of the country.

In the Andes, it all depends on your location . San Pedro de Atacama offers wonderful weather, especially in comparison to freezing cold Portillo.

As usual, temperatures on Easter Island are warm enough for a visit.

Coastal cities continue to heat up in December. It's a great opportunity to explore the beaches between Bahia Inglesa and Caldera, which are home to Chile's most crystal-clear waters .

There's good news for Andean hikers, too : Chile's high altitude towns are pretty sunny and relatively mild from midday onwards. However, if you're visiting Tierra del Fuego be prepared , because rainfall there is heavy, and the weather somewhat gloomy.

For those on the hunt for warmer temperatures, choose Easter Island. Temperatures are on the rise, and summer is officially starting . 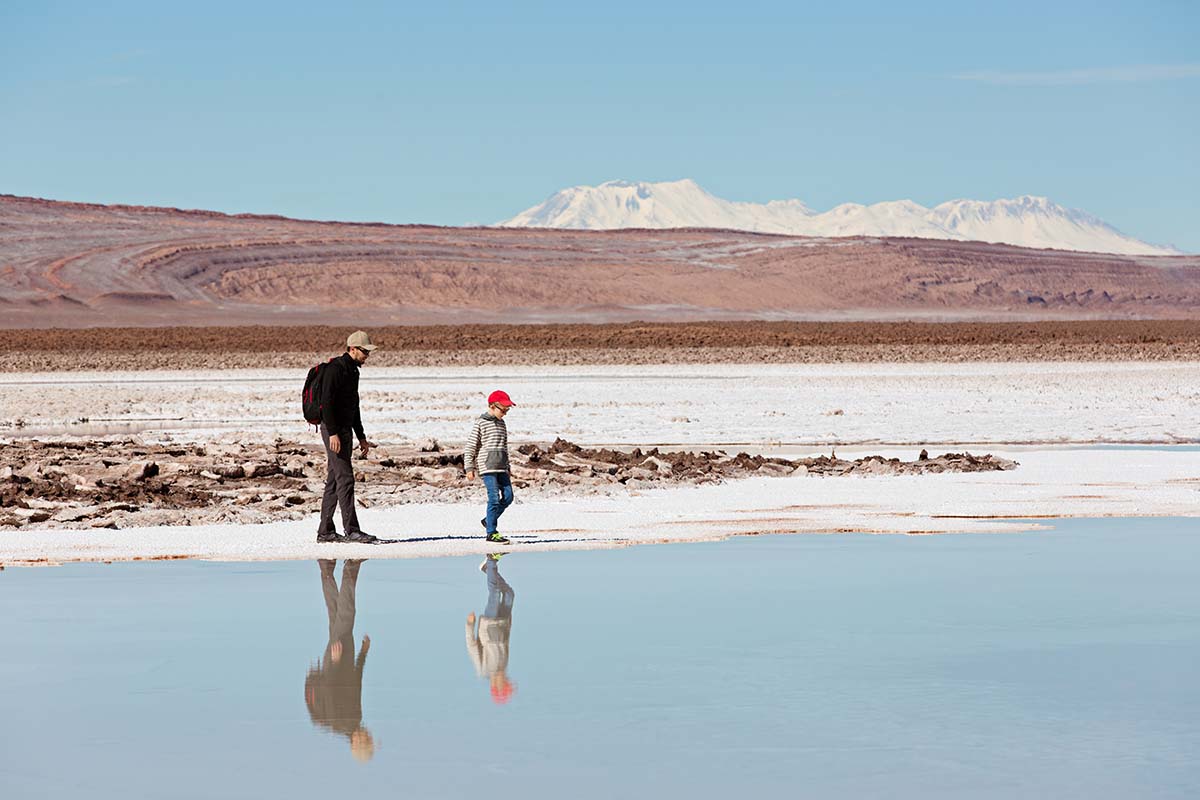 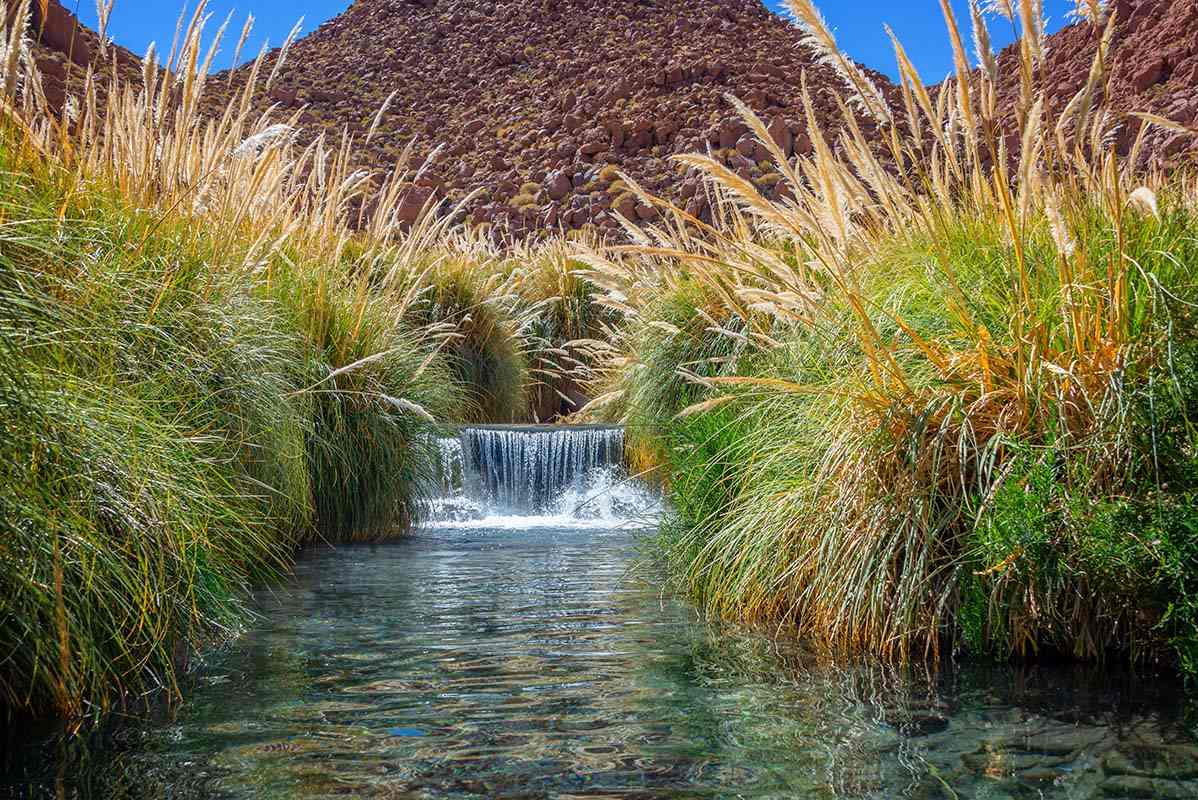 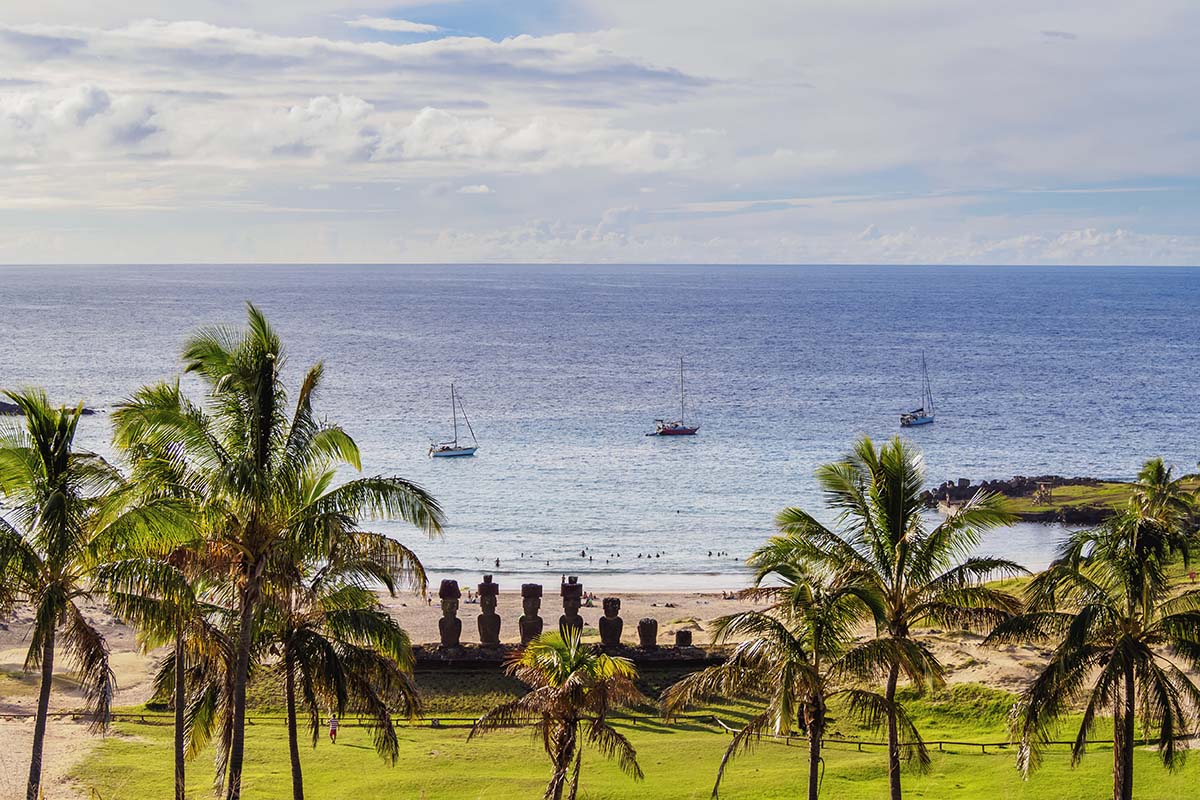 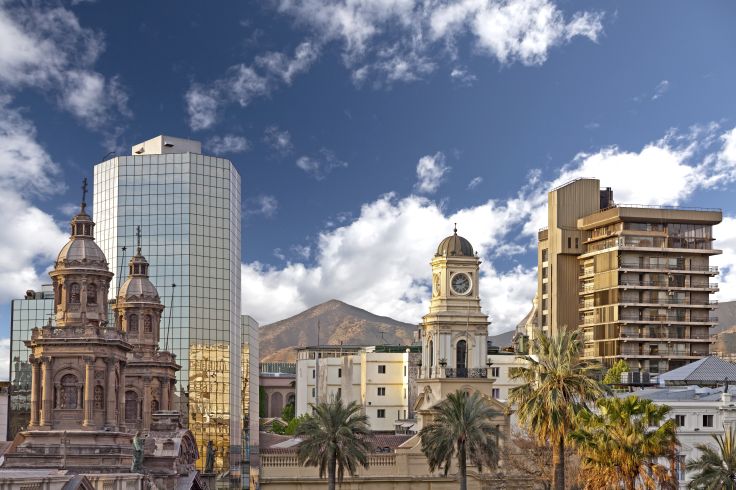