Kinyarwanda (Bantu family) is the first language of 98% of the population and there are numerous dialects. Many Rwandans also speak Swahili, French or English.

Since the atrocities of the Rwandan genocide, the government has sought to recognise one main ethnicity: Rwandan, rather than belonging to the Hutu, Tutsi or Twa. However, it is estimated that in 1996, the populations of Hutu stood at 80% and the Tutsi at 19%, yet these figures are not wholly accurate since it’s estimated 25% of Rwandans are Hutu and Tutsi grandparents. The Twa (pygmy) represent 0.5% of the population (they have particularly suffered from the genocide). There’s also the small ethnic groups of the Banyenkombo, Bagogwe and Banyambo.

93.6% of Rwandans are Christian (2006): 56.5% are Catholic and 37.1% are Protestant. There has been a shift towards neo-evangelicalism since the genocide of 1994 during the Rwandan Civil War. Muslims are estimated at around 4.6% (especially in Kigali). 0.1% of residents still claim the traditional animism.

Historically, the Hutu and the Twa lived side by side in what is now present-day Rwanda until the 1300s when the Tutsis migrated in and formed a kingdom. In 1858, British explorer Hanning Speke was the first European to visit the area, and by 1899, the country was absorbed by German East Africa after being penetrated by Gustav Adolf von Götzen. Rwanda then became a state organised into 20 clans and the German military moved into Kigali (1907). By 1916, the Belgians expelled the Germans and in 1922, Belgium was made a protectorate of Rwanda and governed the country which was ruled indirectly through the Tutsi kings. In the 1950s, the independence movement gathered momentum and the Tutsis formed a political party – the Union Nationale Rwandaise – and in 1957, the Hutu political parties were formed, in a move to change Rwanda’s power structure. In 1959, a Hutu revolt forced Tutsi King Kigeli V Ndahindurwa (born 1935) and 200,000 of his followers into Uganda.

On 26 October 1961, Rwanda was declared a republic and Belgium granted its independence in 1962. The country elected its first president, Grégoire Kayibanda, a Hutu. In 1963, following an attempted coup by rebel groups, thousands of Tutsi were massacred and their numbers in Rwanda continued to dwindle. In 1973, General Juvénal Habyarimana Hutu (born in 1937) took power through a coup and a period of military rule followed until 1978 when Habyarimana became President. Thousands more Tutsi fled to Uganda or Burundi, and those remaining were subject to violence, discrimination and humiliation. Around this time, the Habyarimana dictatorship was being established. In 1987, Rwandan refugees in exile (including both Tutsi and Hutu members) formed the Rwandan Patriotic Front (RPF) and in 1990, the rebel forces invaded Rwanda from Uganda. The regime called for multiparty democracy and the integration of the RPF into national politics.

In early 1993, the RPF conducted major military operations in Rwanda. Talks were held with the exiles, which led to the Arusha Accords (August 1993) – the Peace Agreement (or power-sharing agreement) between the RPF and the State of Rwanda. UN peacekeepers arrived to monitor the agreement. On 6 April 1994, Habyarimana and the Burundian president were killed as their plane was shot down – the death triggered the genocide, where extremist Hutu militia launched the systematic massacre of Tutsis. It lasted until the RPF took Kigali on July 4, 1994. The UN estimates that 800,000 people were massacred – mainly all Tutsis, or those who were associated with Tutsis, or were Hutus opposed of the killings. The first post-genocide president was a Hutu, Pasteur Bizimungu (born 1950) and his vice president a Tutsi, Paul Kagame (born 1957). Rwandan refugees flooded the border regions (especially in Zaire) creating large Hutu refugee camps – which ultimately fell under the control of extremist Hutu militias who were responsible for the genocide. From 1995, a number of people responsible for the atrocities were tried at a UN-appointed international tribunal. In 1997, the Zairean regime was overthrown and the country was renamed the Democratic Republic of Congo (DRC). In 2002, Rwanda and the DRC agreed that Rwanda would withdraw its troops, and the DRC would help disarm Hutu militia.

In 2007, the two countries signed a peace agreement, under which the DRC was to hand over people involved in the genocide to Rwanda. Since then, the country continues to evolve, legislating progressive policies (abolition of the death penalty), releasing opponents (including former President Bizimungu, guilty of corruption) and getting involved in conflict resolution in Africa (Darfur in particular). Diplomatic relations with France, which were broken off in 2006, were restored in November 2009.

Rwanda is a presidential republic. The executive is headed by the President of the Republic, elected by national vote for a term of five years; he appoints the Prime Minister. The parliament is bicameral National Assembly (80 deputies, five-year term); Senate (26 senators, term of eight years). Members are elected or named in such a way that no group is excluded from the representation. The Supreme Court judicial crowns the building, whose base is formed by the gacaca traditional community courts.

Tipping is at your discretion. For all locals who work with us, you have our assurance that tips will never replace the salary. Nevertheless, tipping is very gratefully received. For drivers, we recommend a minimum of around £3-£5 per person per day; double this amount for guides. At hotels, the standard is £1 per bag for porters. It’s best to align your tip with the economy of the place: estimate the amount by comparing with the price of a beer or of a tea to ensure it fits with the standard of living. Always refrain from handing out money or items to people, especially children, in the streets – this just encourages begging. If you want to help by providing school supplies, clothing or medicine, it’s best to give them directly to the school principal, the village chief or the nearest clinic, which will to benefit the poor and needy.

Rwandan crafts are high quality and worth seeking out are the agaseke – small conical baskets sold in markets and street stalls. Rutongo embroideries - crafted by self-taught artisans - are distinguished by their unique portrayals of Rwandan culture. Richly decorated pottery is widely sold, as is imigongo – an art form with a focus on geometric designs using cow dung. Looking for something small? There’s homegrown tea, coffee or orchids.

The fish (tilapia) and grilled chicken are wildly popular across Rwanda, with sides of rice, plantain, peas and beans, sautéed in pepper and palm oil. Chips are everywhere - potato, cassava or sweet potato, and fast food-wise, you must try a goat kebab with chips. National dishes include igisafuriya – bubbling chicken or goat stews with plantain or zingalo (tripe).

Tap water is unfit for consumption, so always go for bottled mineral water, ensuring the cap hasn’t been broken. Avoid ice cubes too. The brewer, Bralirwa, is the biggest employer in the country; it produces the brands Primus, Mutzig and Amstel, though many people make their foam themselves at home. Two types of beer can be distinguished: the amarwa (or ikigage), based on the sorghum plant, and urwagwa, made from the fermentation of mashed bananas. And if you like sweet milk, you’ve come to the right place. 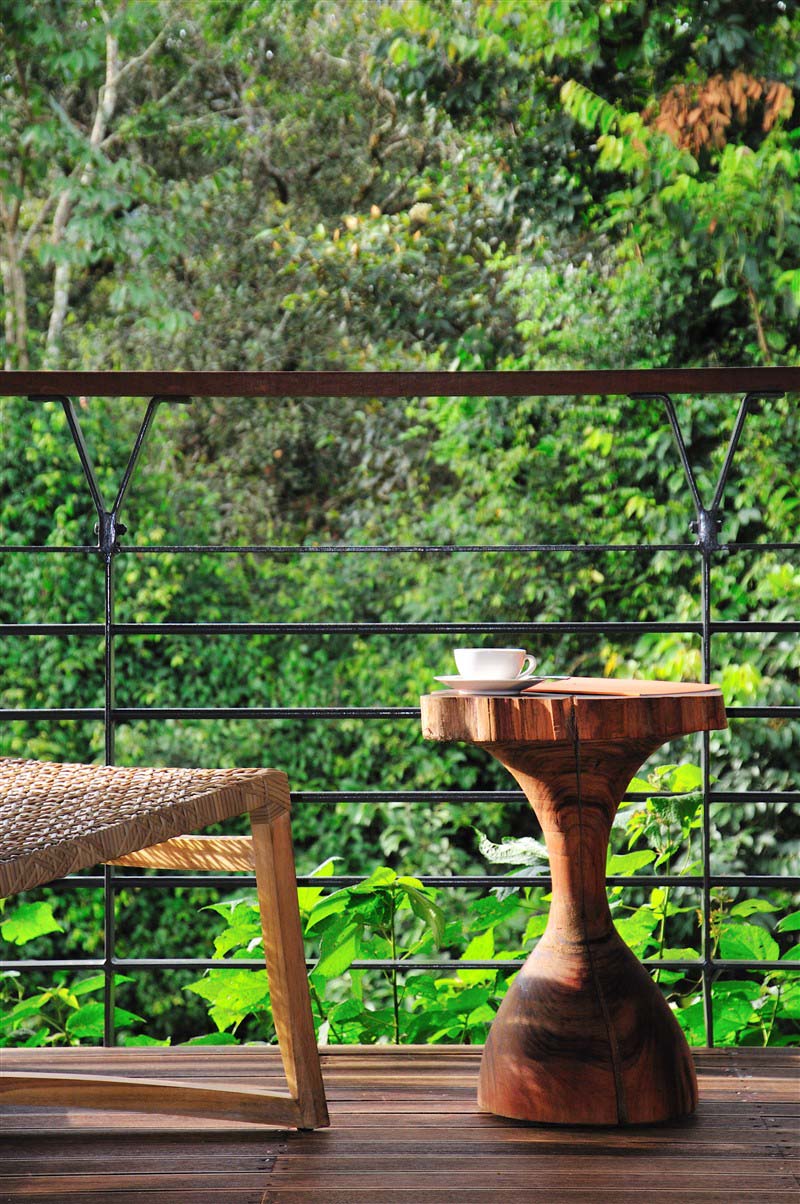 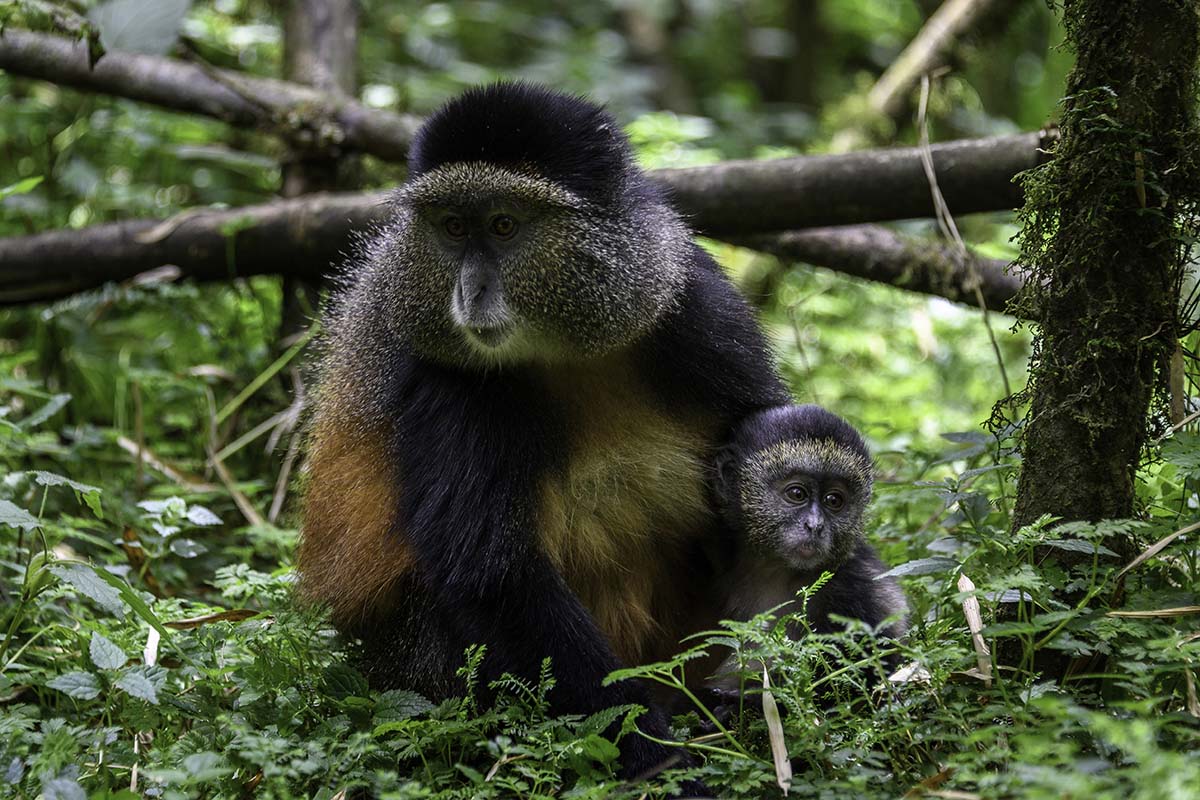 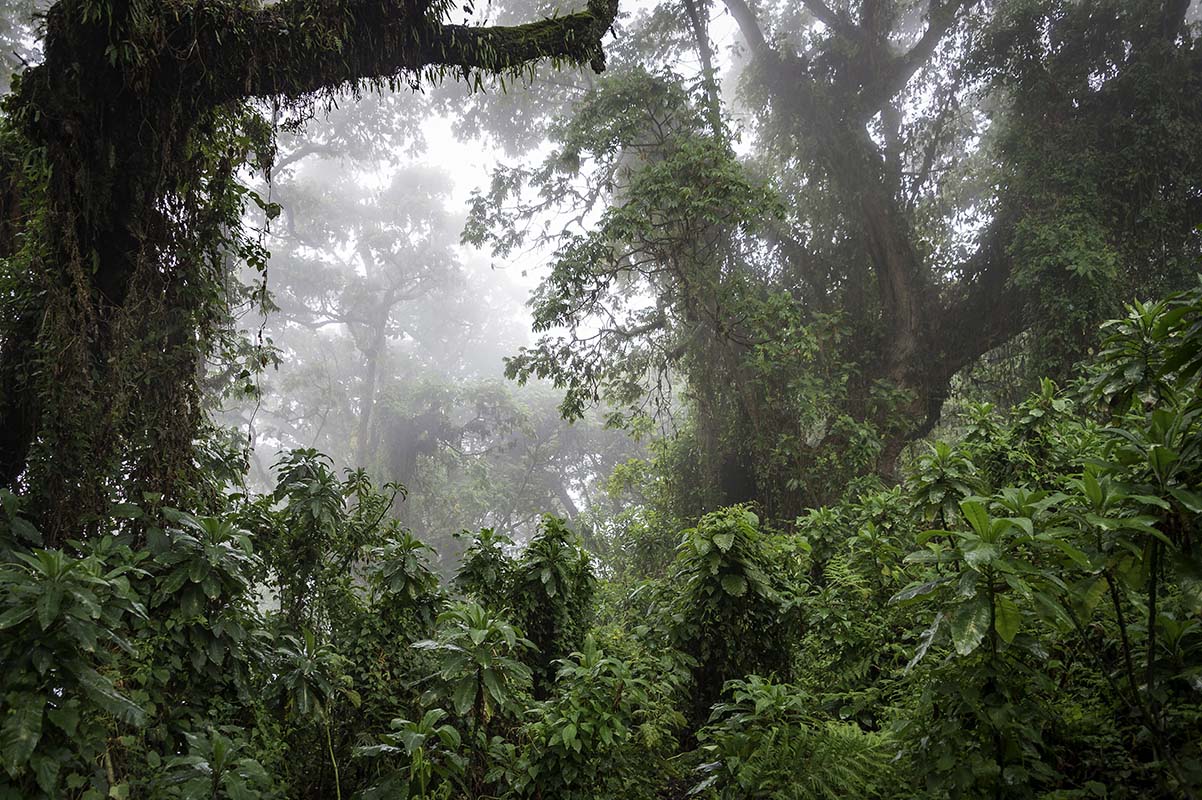 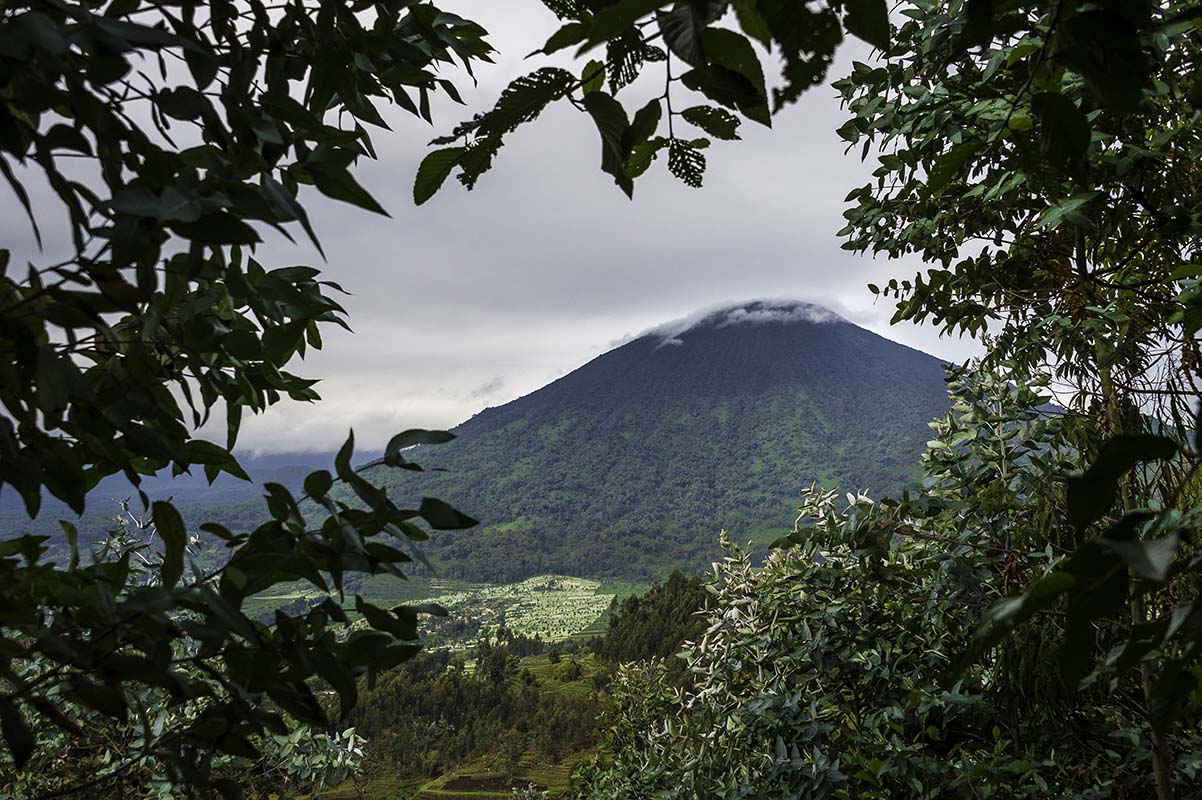 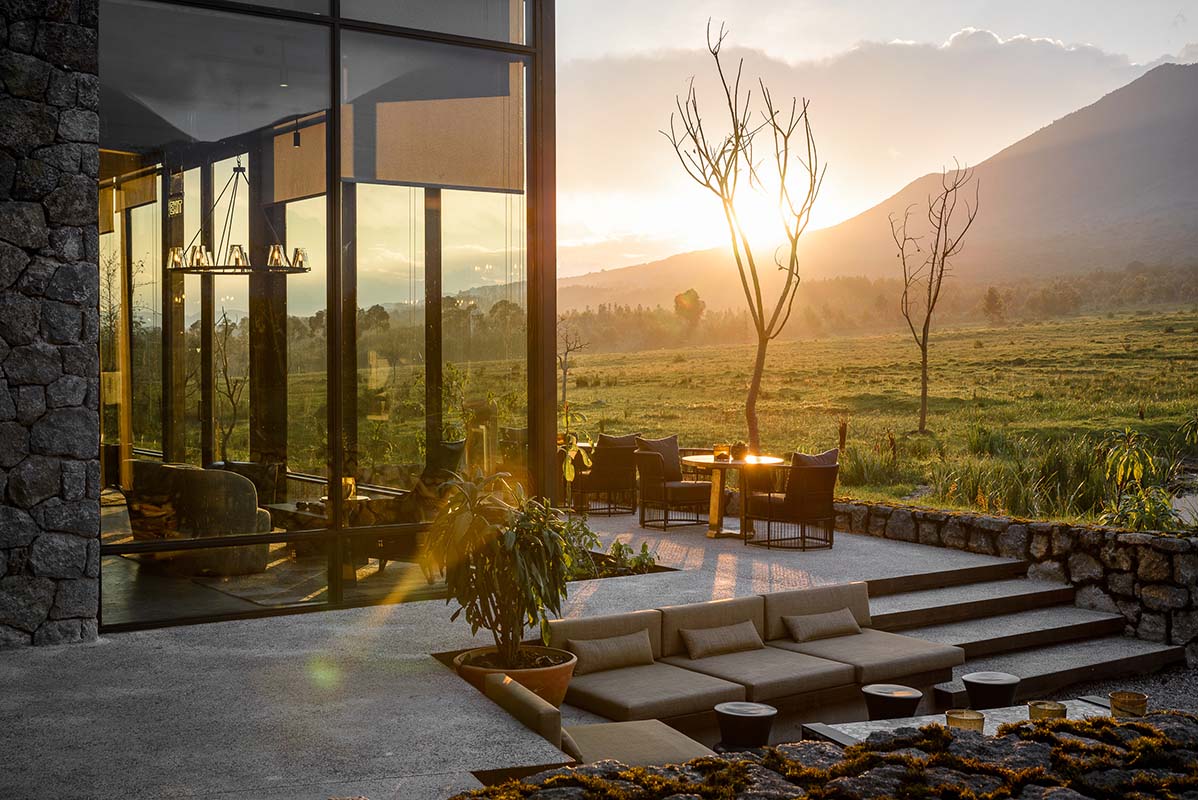 A Mountain Gorilla Trek in Rwanda

Venture deep into the rainforest in search of a habituated group of magnificent mountain gorillas. 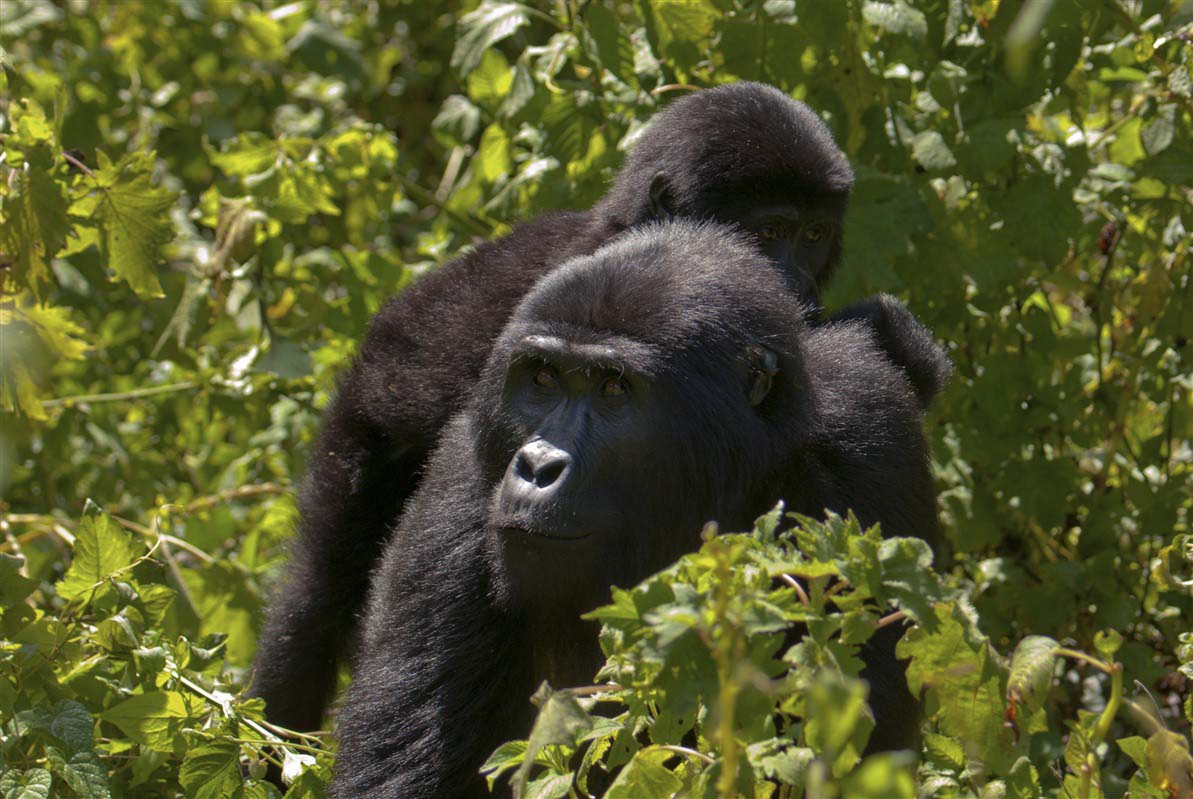 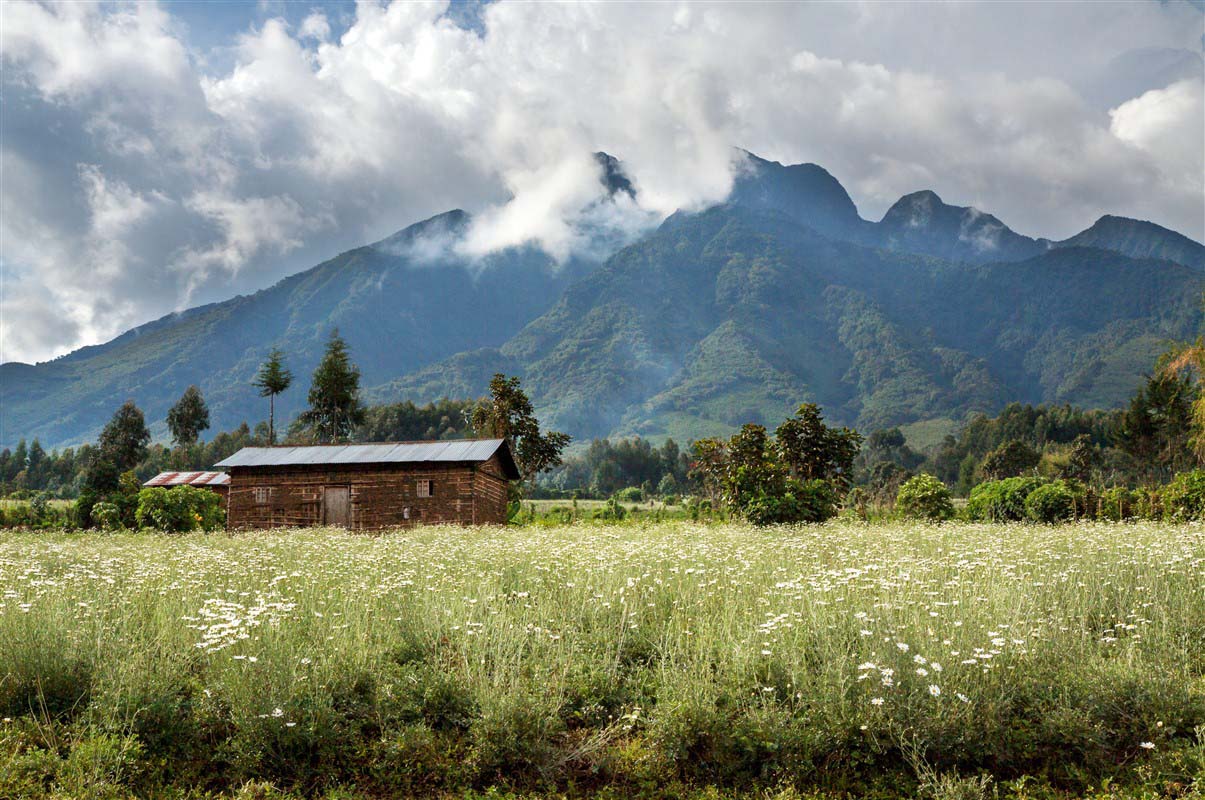 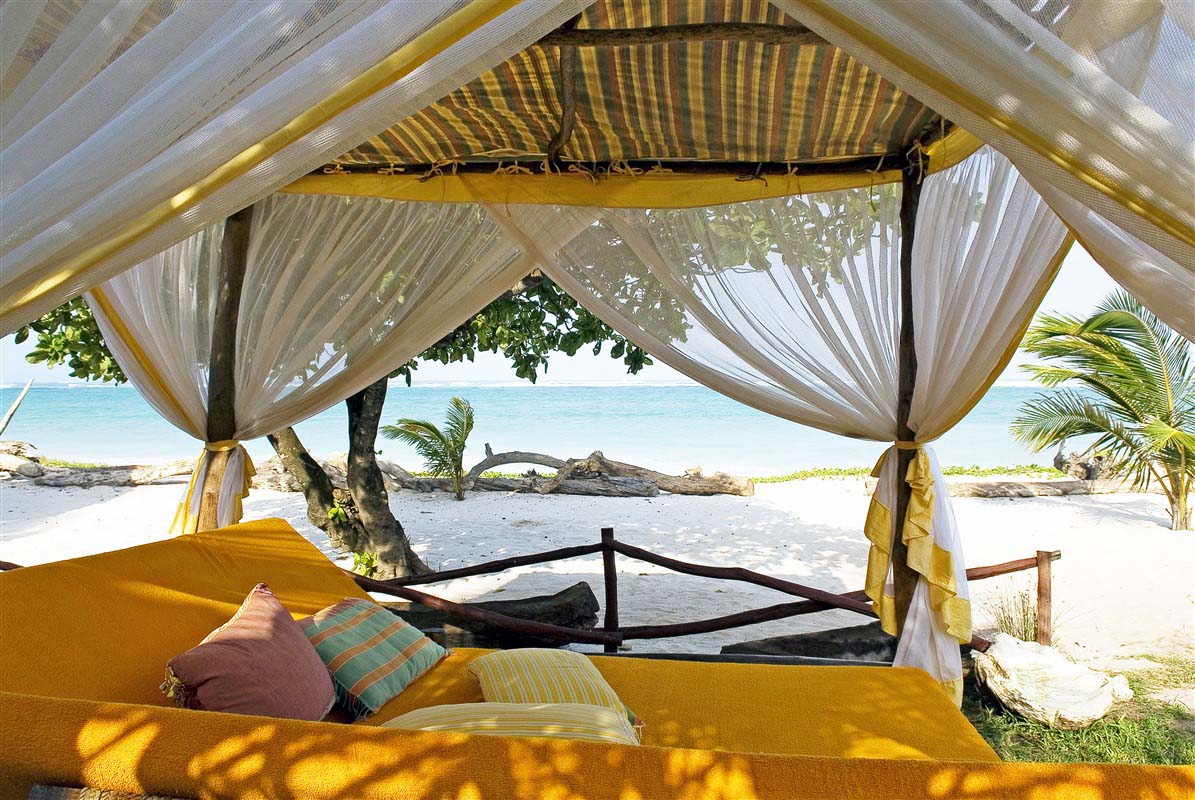 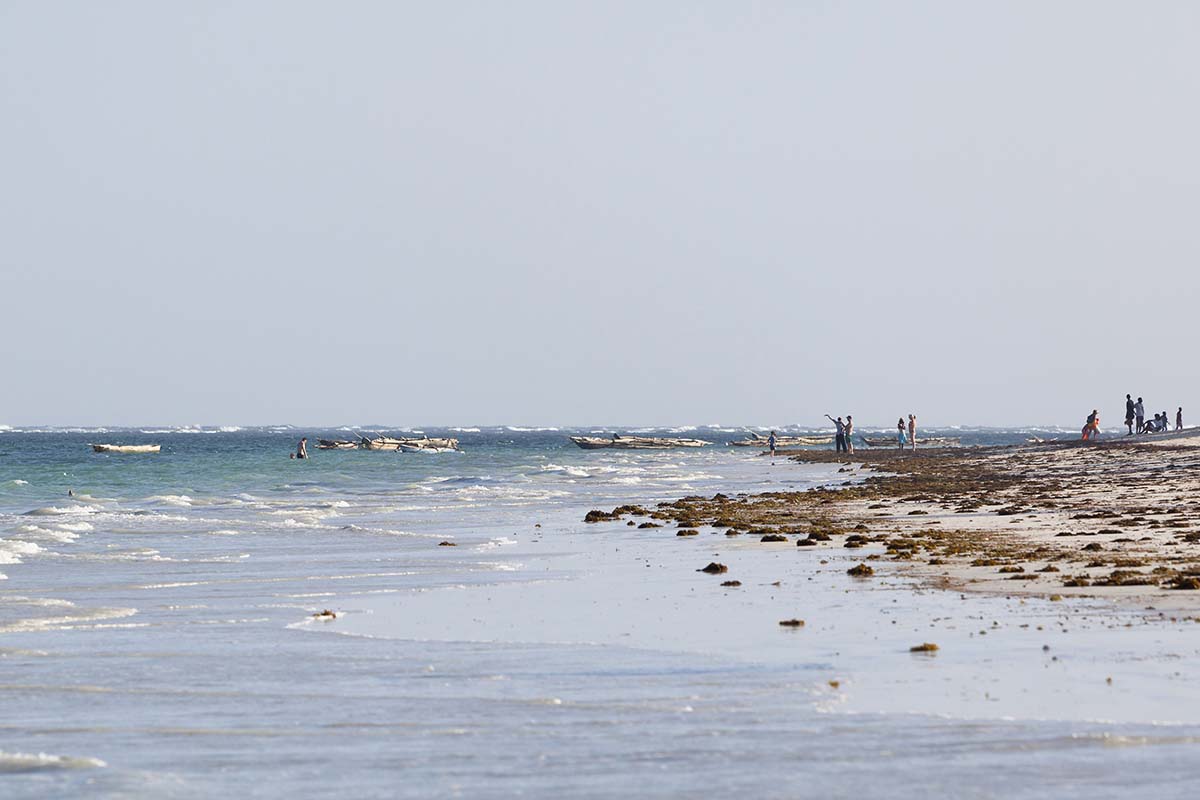 Trek through the dense foliage of Volcanoes National Park with an expert guide, in search of some of our closest cousins,[...] 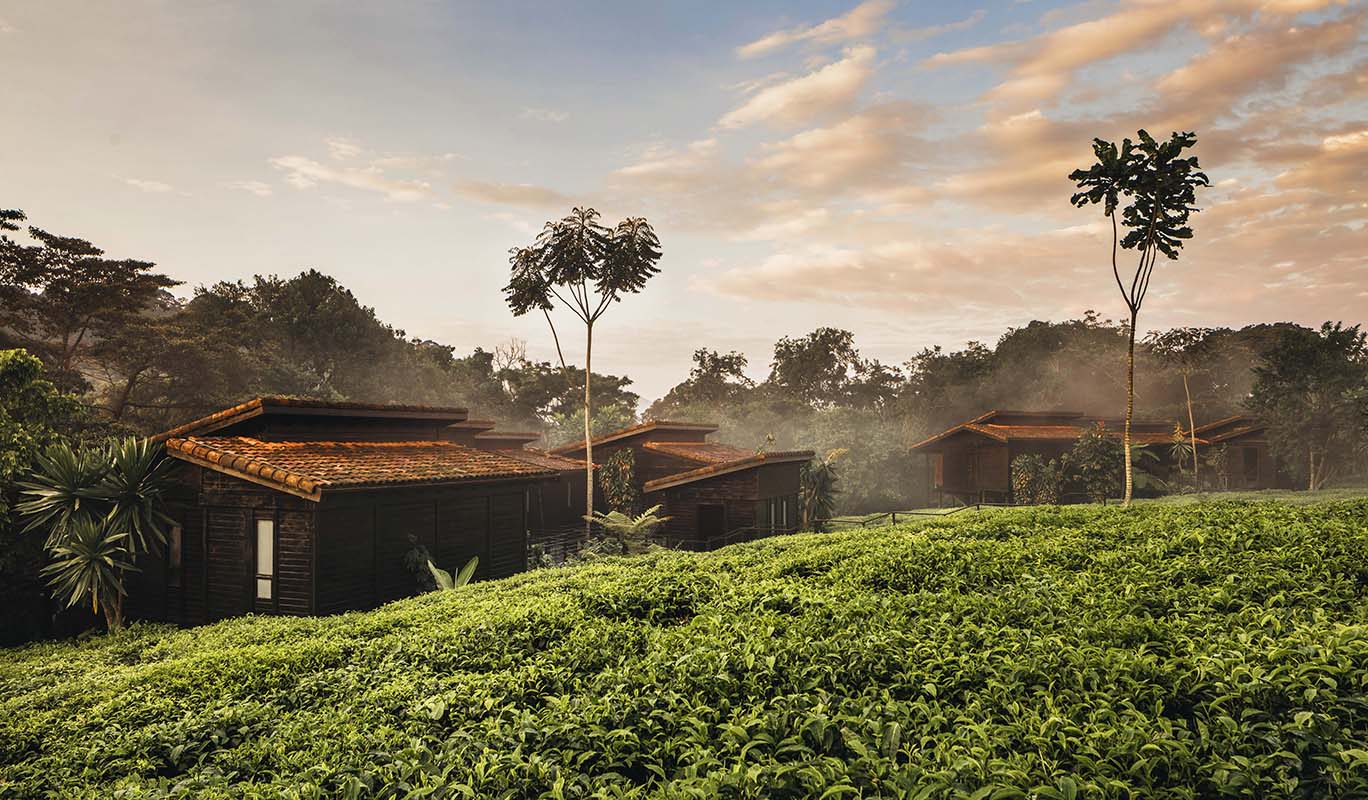 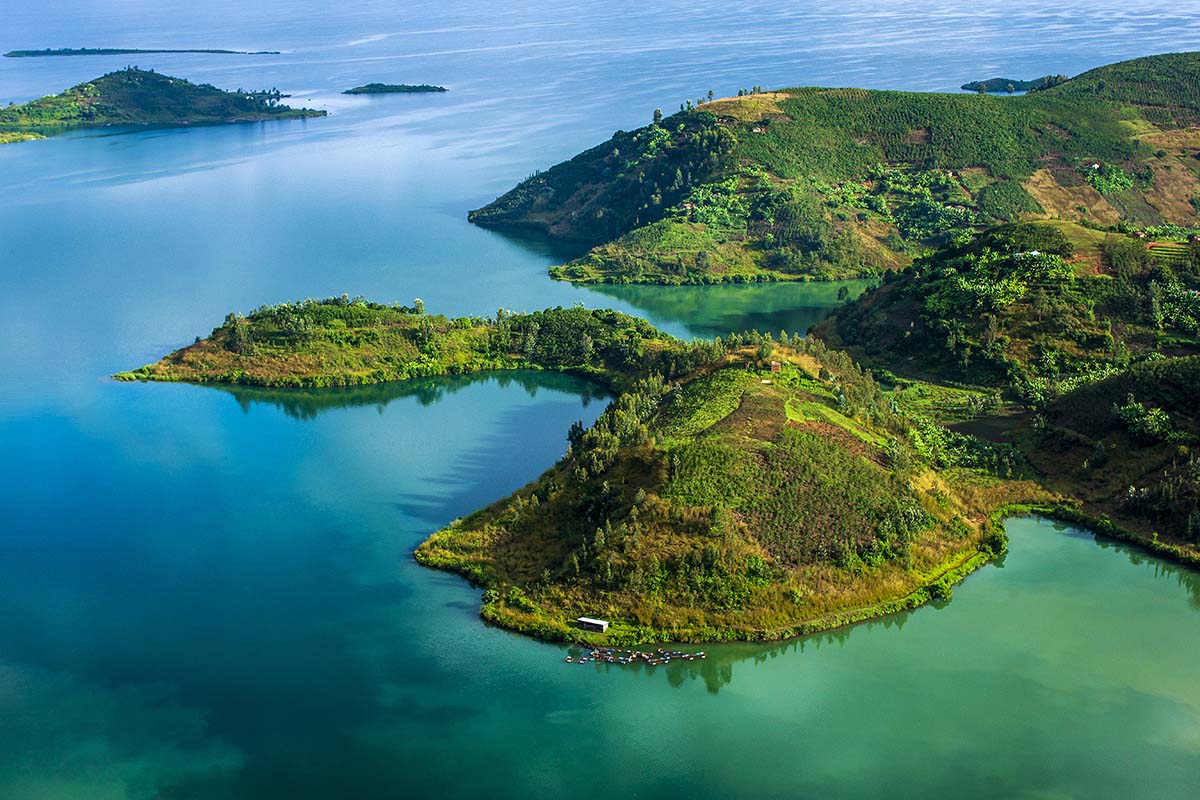 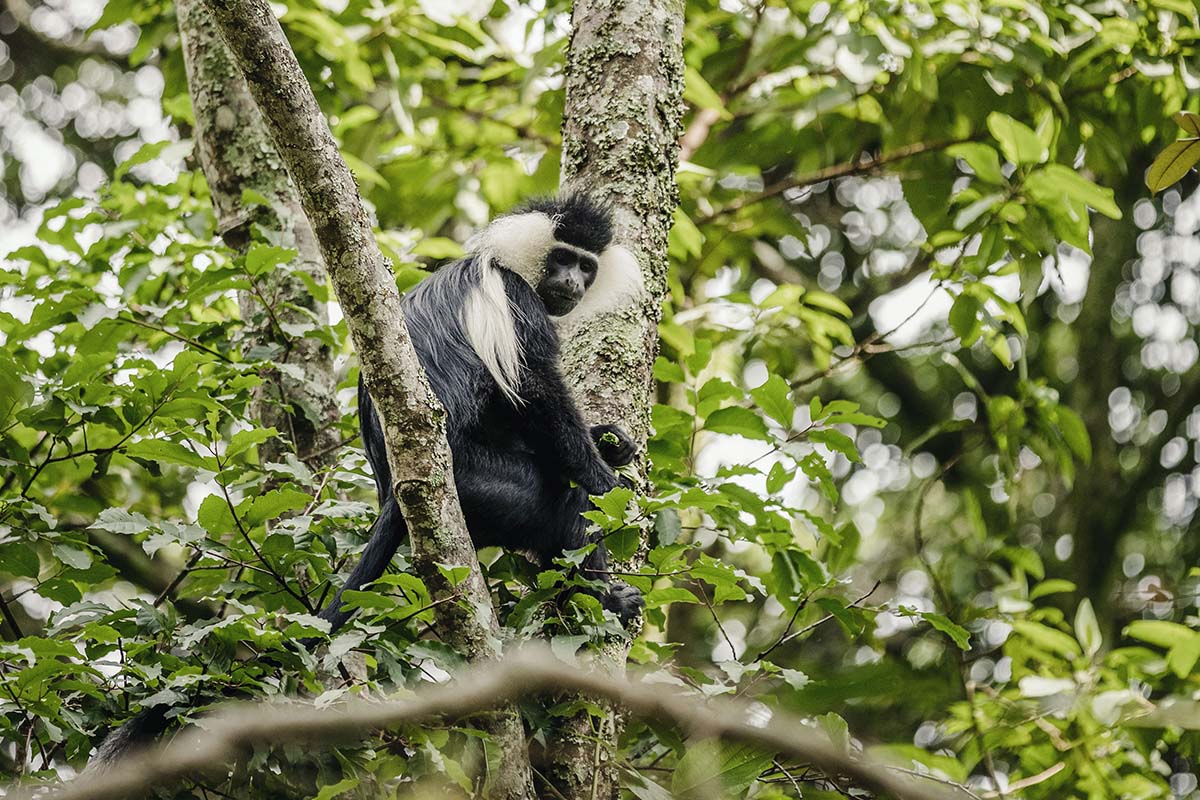 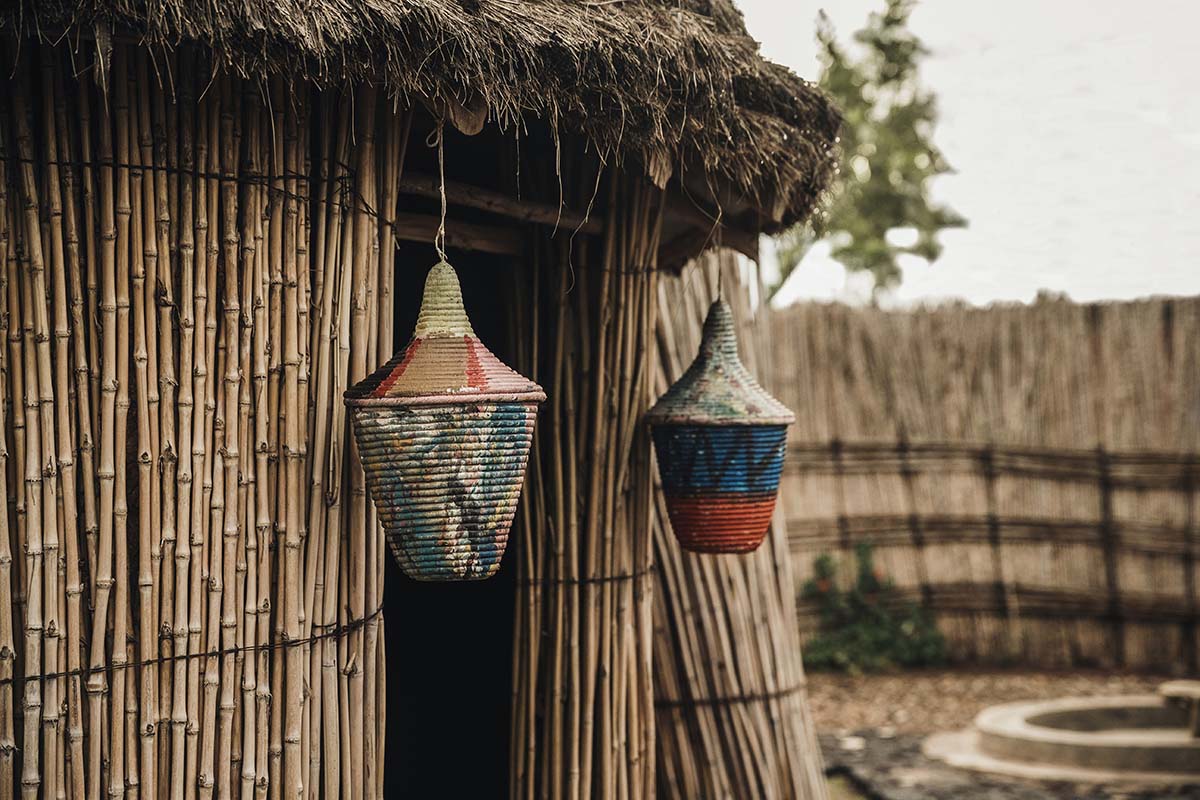 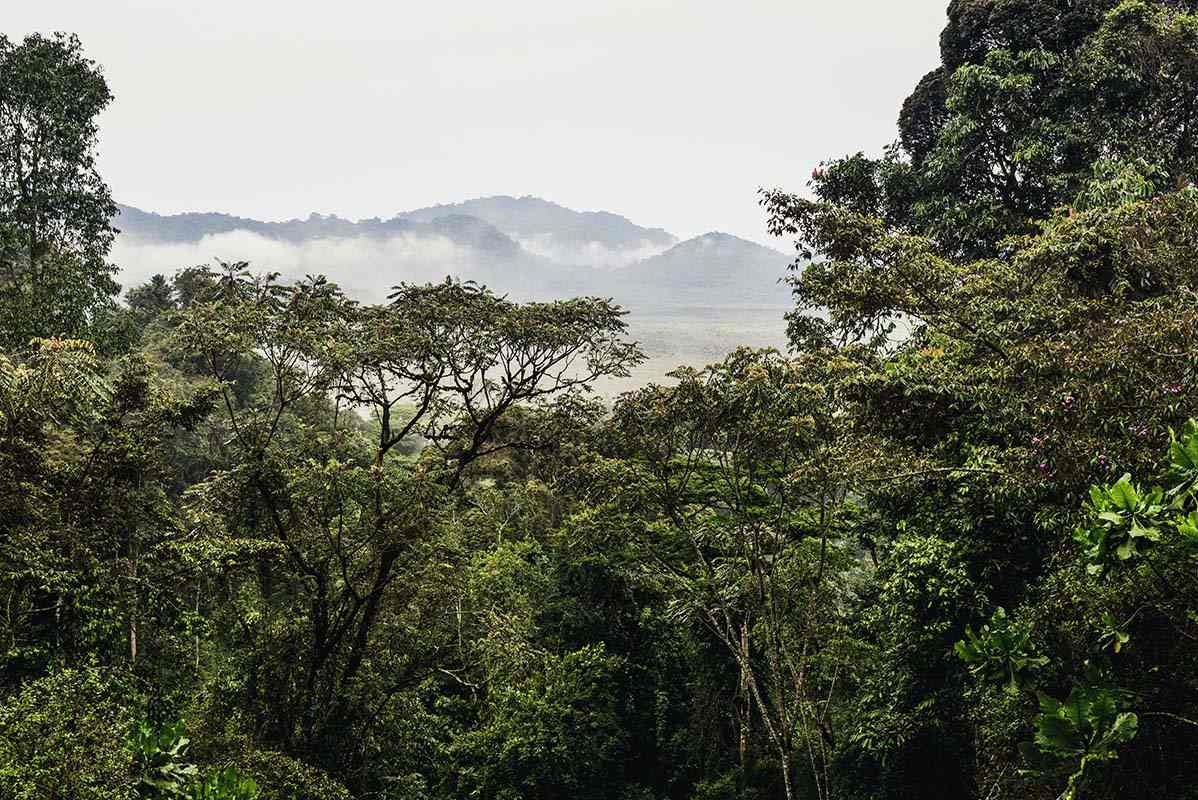 Trek to find a troop of habituated chimps