Burmese (from the Sino-Tibetan family).

Three quarters of the population speak Burmese. There are many other languages spoken by ethnic minorities, including others from the Sino-Tibetan family: Shan (11%), Arakanese (6%), Karen (5%), Jingpho (or Kachin) (2.5%), various Austro-Asiatic languages: Mon, (3%), or Indo-Iranian, including Bengali and Nepali. English is widely understood.

89% of Myanmarese are Theravada Buddhists. The ancient school encourages the faithful on a path of individual liberation. The monastic life is considered the safest way to achieve deliverance from the evils of the world.

In its popular form in Myanmar, the pure doctrine is crossbred with a belief in nat spirits. Christians, especially Protestants, make up 4% of the population and Muslims, specifically Sunnis, account for 4%. Hinduism also finds followers in the large Indian community in Myanmar.

January 4: The Anniversary of Independence (1948).

The Mon arrived in the lowlands of the current Myanmar from the third millennium BC where they founded a kingdom in the Irrawaddy delta. The influence of Mons extended throughout southern Burma, where they first introduced Theravada Buddhism; this domination lasted until the ninth century. By the seventh century, a people called the Pyu arrived in Upper Myanmar. They also practiced Theravada Buddhism and their city-states prospered for two centuries. The Pyu were eventually scattered by the Burmese (or Bamar) people and other Tibetan migrants who founded the city of Pagan (now Bagan) in 849 AD. Once the Bamar population were united, in 1057 AD King Bama Anawrahta seized the land belonging to the Mon people and unified the country, founding the first Burmese Empire, also known as the Pagan Kingdom.

The 12th century was dubbed the golden age of Burma, when thousands of Buddhist temples were built across the land, but by the 13th century the empire had begun to decline. The Mongols invaded the north of the empire in 1287, which fell apart under the pressure. A few decades later however, the Burmese were revived and founded a new kingdom around the city of Ava (also known as Inwa). Burmese literature and art flourished. At the same time, around 1369, the Mon were reborn in Pegu (Bago in Lower Myanmar), which became an important centre of Theravada Buddhism.

In 1527, Ava was destroyed by a people called the Shan, but in 1535 a new Burmese Dynasty, the Taungoo, was created. This ended the independence of Pegu four years later and under the rule of King Tabinshwet, the country was again unified. The empire managed to contain several aggressive European invasion attempts. At the same time, lavish spending by those in power caused significant revolts among the people and in 1752 the empire came to an end. After retreating to the north, the Burmese quickly reappeared and, driven by leader Alaungpaya, they began a reconquest. They took Pegu and Yangon from the Mon in 1759, exterminating many of the Mon people. The country was, once again, reunited by the son of Alaungpaya in 1767, to create the Third Burmese Empire, Konbaung. From 1766 to 1769, four Chinese invasion attempts were countered. The country’s boundaries expanded in all directions.

In 1824, a Burmese general invaded Assam in India, which was seen as a threat to the British Empire and led to the first Anglo-Burmese War. After three wars, the English eventually conquered Myanmar – gaining new territory after each conflict. The country became a province of the British Raj, with Yangon as its capital. Traditional society was harmed by colonial changes – as the economy grew, profits were diverted from the Burmese in favour of English companies. The Burmese were resentful of their new rulers and a national feeling arose.

In 1923, a local assembly was elected. In 1930, a student nationalist organisation called Thakhin was created. In 1937, Myanmar was detached from India. During World War II, the national policy lead Aung San, the fifth Premier of the British Crown Colony of Burma, to the Japanese side. After the Japanese later invaded Burma, Aung San enlisted the help of the British to expel them. Aung San negotiated independence for Myanmar in 1947. The tensions, ambitions and frustrations of the region eventually resulted in his assassination in July 1947 by a rival faction. Independence was, however, granted on 4 January 1948. Democracy was in place for 10 years. In 1958, General Ne Win seized power – he instigated a coup and set up a military dictatorship to establish Socialism in the country, but it quickly ruined the country and standards of living fell. The situation deteriorated, and protesters hit the streets until Ne Win stepped down in 1988. The military remained in power and during elections, banned Aung San Suu Kyi from participating. Burma’s military junta ruled until 2011. In November, a general election was held and in 2016 Htin Kyaw was sworn in as president. Win Myint replaced him in 2018.

The Union of Myanmar is a parliamentary republic since March 30, 2011, led since 1 April 2016 by the party of Aung San Suu Kyi.

Tipping was not common practice within Myanmar until the arrival of tourism, although it still remains at your discretion. Tipping is more common in bigger cities and towns and with most Myanmarese workers earning a lower than average salary, it’s is an essential way for them to supplement their income. For a friendly, informative tour guide, £2-£5 per person per day is a good guideline, drivers £1-£3. Restaurants, especially nicer ones, often add a 10% service charge to the bill, but if that’s absent, around £2-£4 extra is fine. The same amount goes for other services like porters and housekeepers. Align your tips with the local economy – the price of a cup of tea or a beer will outline the standard of living and give you a natural guide for tips.

The people of Myanmar are incredibly inviting and friendly towards tourists. There are one or two traditions to be aware of when traversing the country, but most Myanmarese are tolerant and forgiving, so a misstep here or there isn’t a disaster. Don’t point fingers, which can be interpreted as a rebuke or threat. Ensure you cover shoulders and legs in places of worship and always remove shoes. Do not touch the heads of adults, or children, and don’t point using your feet.

The general politeness of people in Myanmar sometimes results in a lack of curiosity towards strangers and tourists – the apparent indifference is a sign of good education. Yet people are always kind and helpful. In order not to offend the modesty of the Burmese, avoid public displays of affection. Do not attempt to discuss Myanmar’s political situation.

When visiting a temple, always check photography rules beforehand. Show respect to monks – generally you should sit lower than them and women should avoid touching them. If you can, visit temples around 5pm during the monk’s prayer time – it’s a mesmerising, pin-drop moment.

The main souvenirs you’ll return with from a Myanmar holiday are those stashed away in your head, but there are also a great many delightful crafts to shop for as well. Beautiful lacquerware, parasols, Shan bags, wooden carvings and tapestries all make perfect keepsakes. A tip for anyone in the market for gemstones – buy from licensed shops to avoid any unpleasant surprises at customs. And don’t just rely on the bill; you’ll also need a certificate from the Department of Mines. The price of a gem is determined by three factors – purity, size and weight.

While Myanmar’s cuisine is not as famed as its Thai neighbours, it’s certainly deserving of attention – from tasty bites on street corners to high-end dining in the finest restaurants, the food scene in Myanmar is growing fast. If you really want to get to know Myanmar’s cuisine, you need to delve into its curries – composed of either poultry, goat, or fish, paired with rice and a whole rainbow of vegetables and other ingredients like fish paste, dried shrimp, garlic and herbs and spices, the country’s curries are a flavour-packed triumph. Street stalls are everywhere and most offer excellent fresh fare including noodles, pancakes, salads and fried tofu. The national dish is a breakfast one called Mohinga – a hearty, comforting soup of rice noodles, crushed chickpeas and fish.

Tap water is unsafe to drink, so rely on bottled during your stay and avoid ice. Green tea is Myanmar’s national drink and there are all manner of juices to enjoy, including fresh coconut juice, sugar cane juice and various fruit smoothies. Many local beers are on offer – old tea houses converted into bars are some of the best places to consume them.

Things to Do in Myanmar 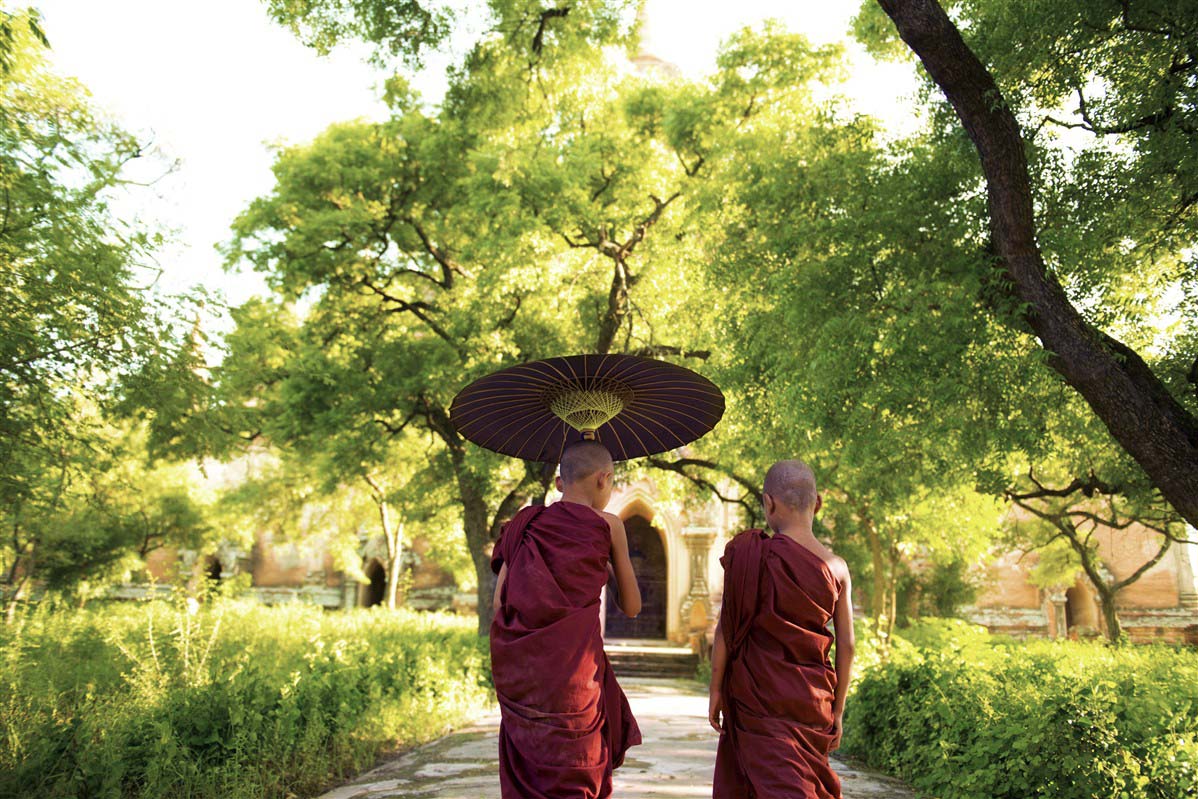 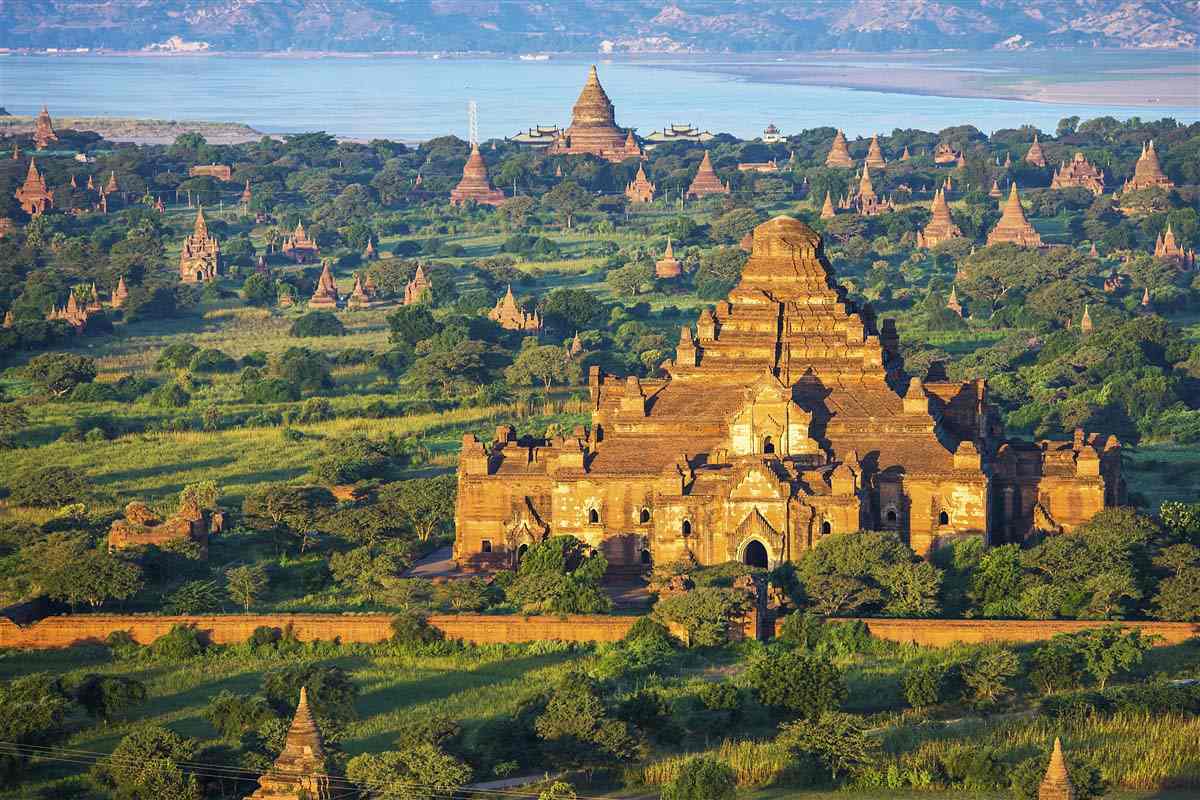 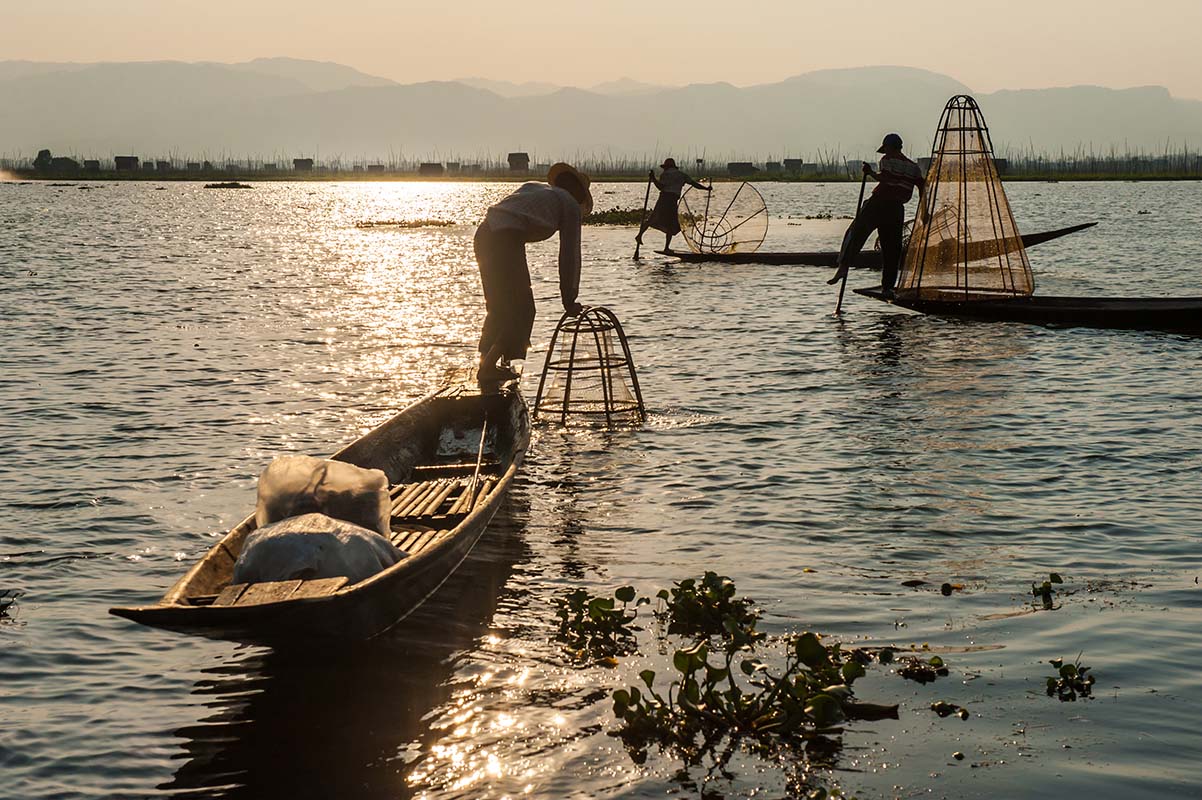 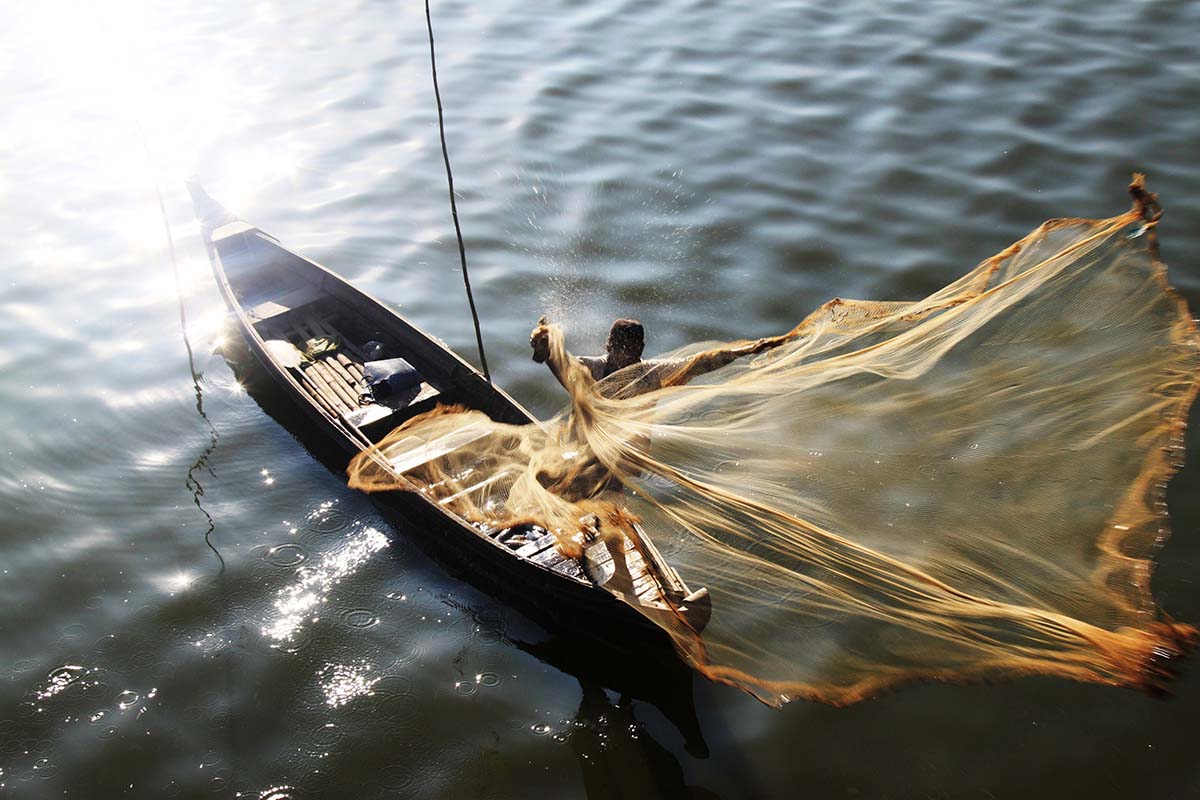 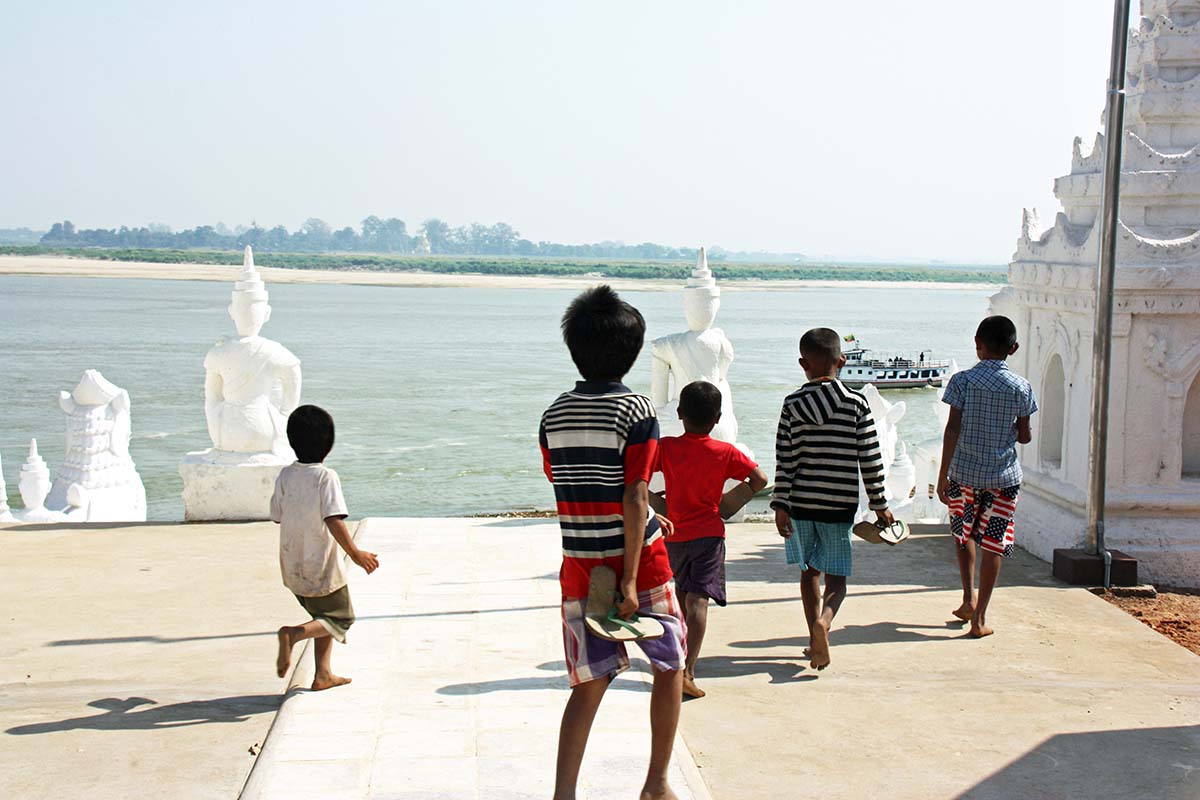 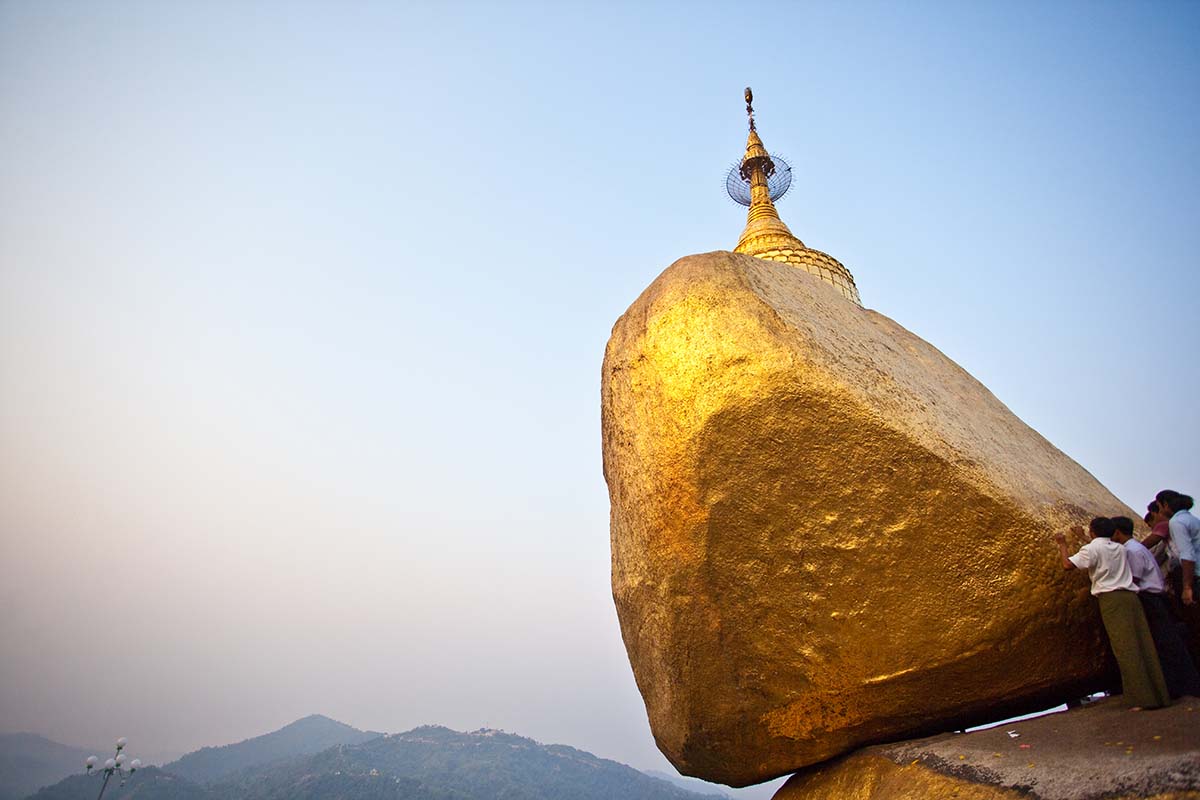 Explore central Mandalay and then spend a night staying with a friendly rural community who live nearby to learn more about[...] 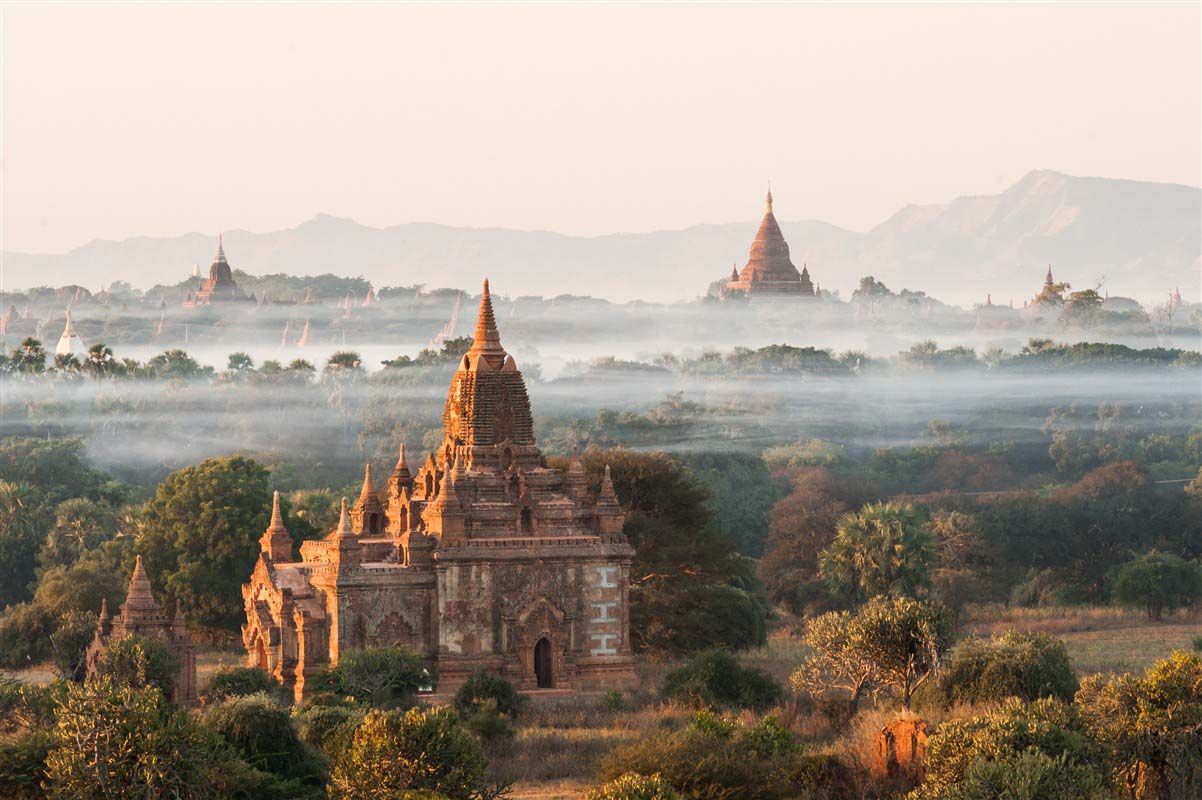 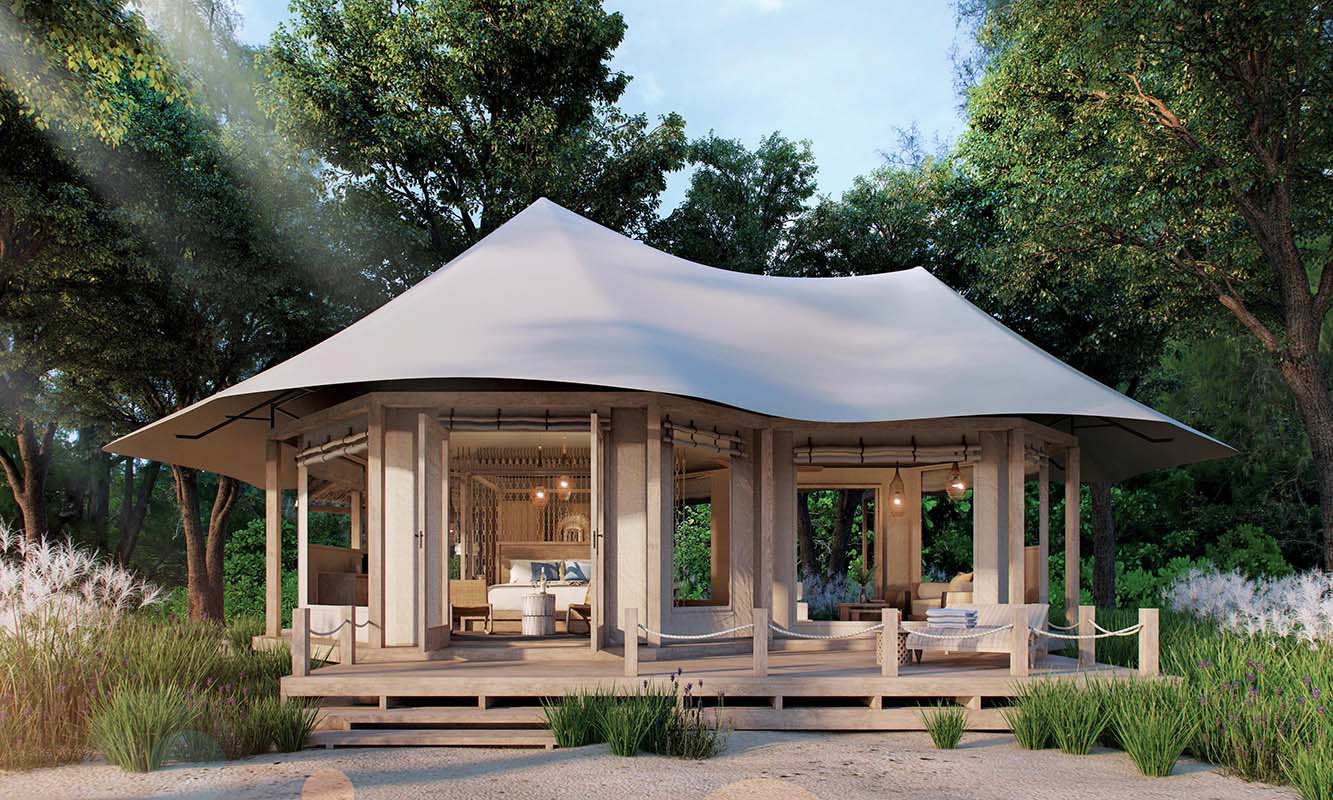 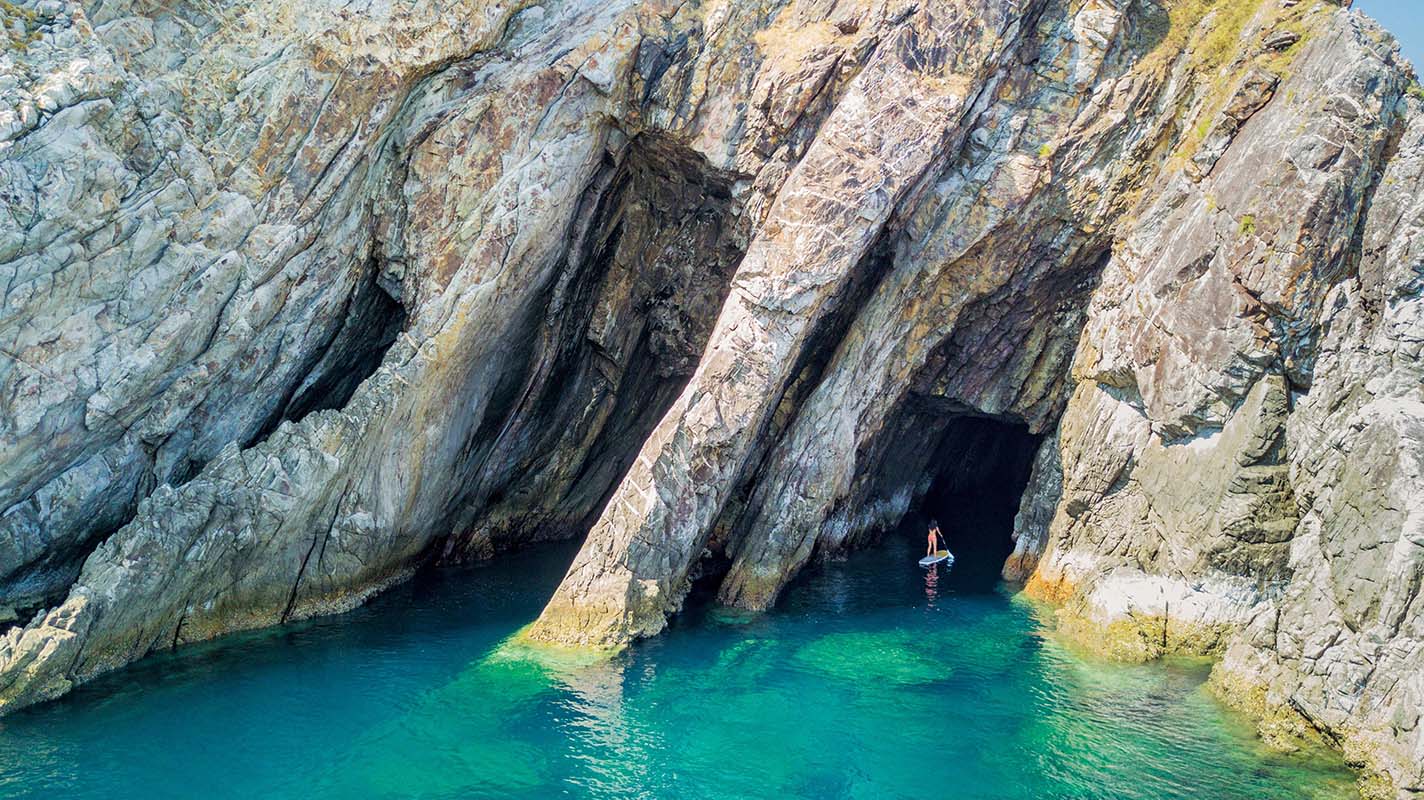 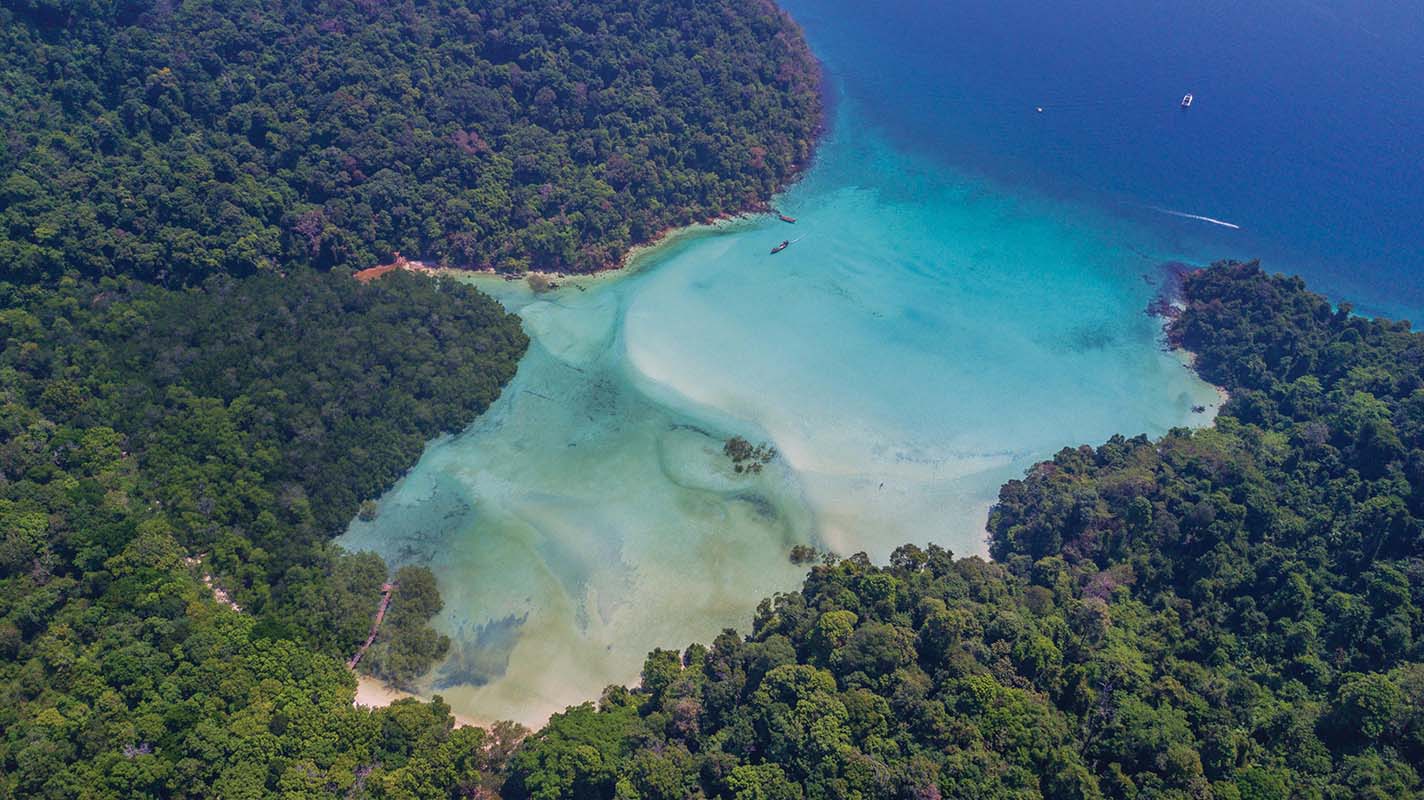 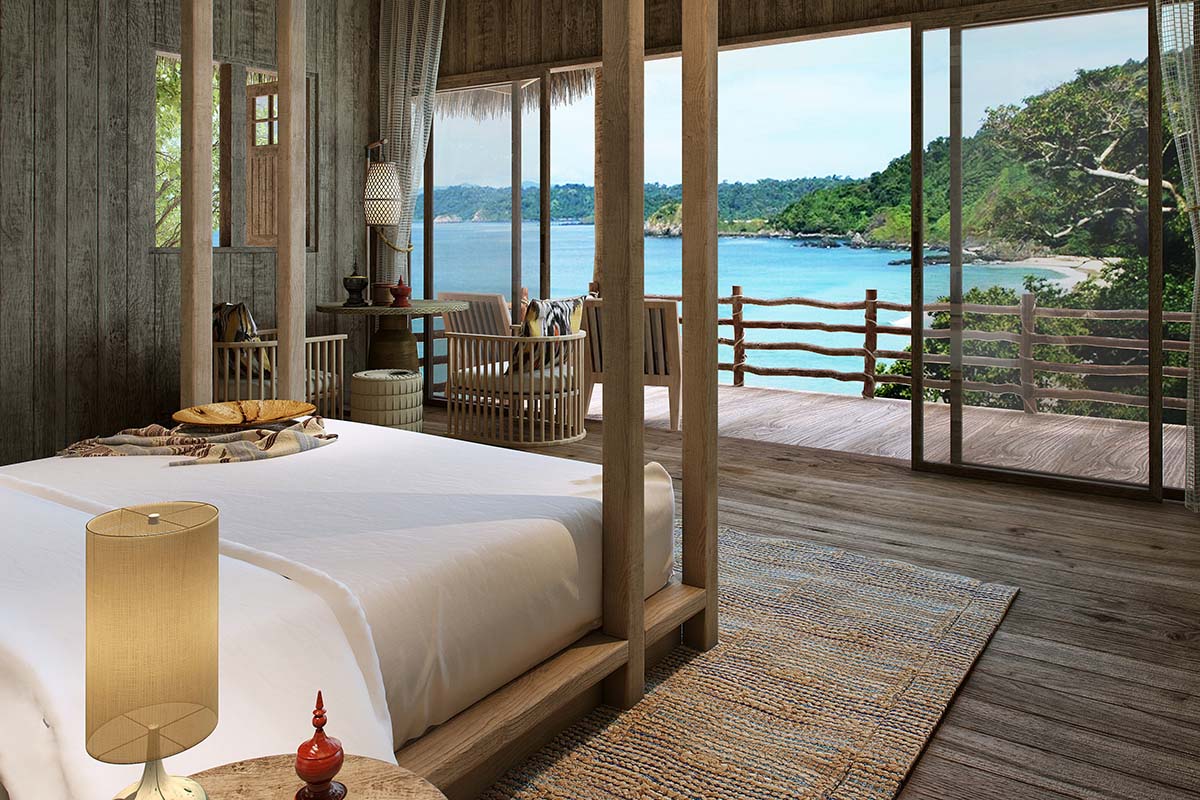 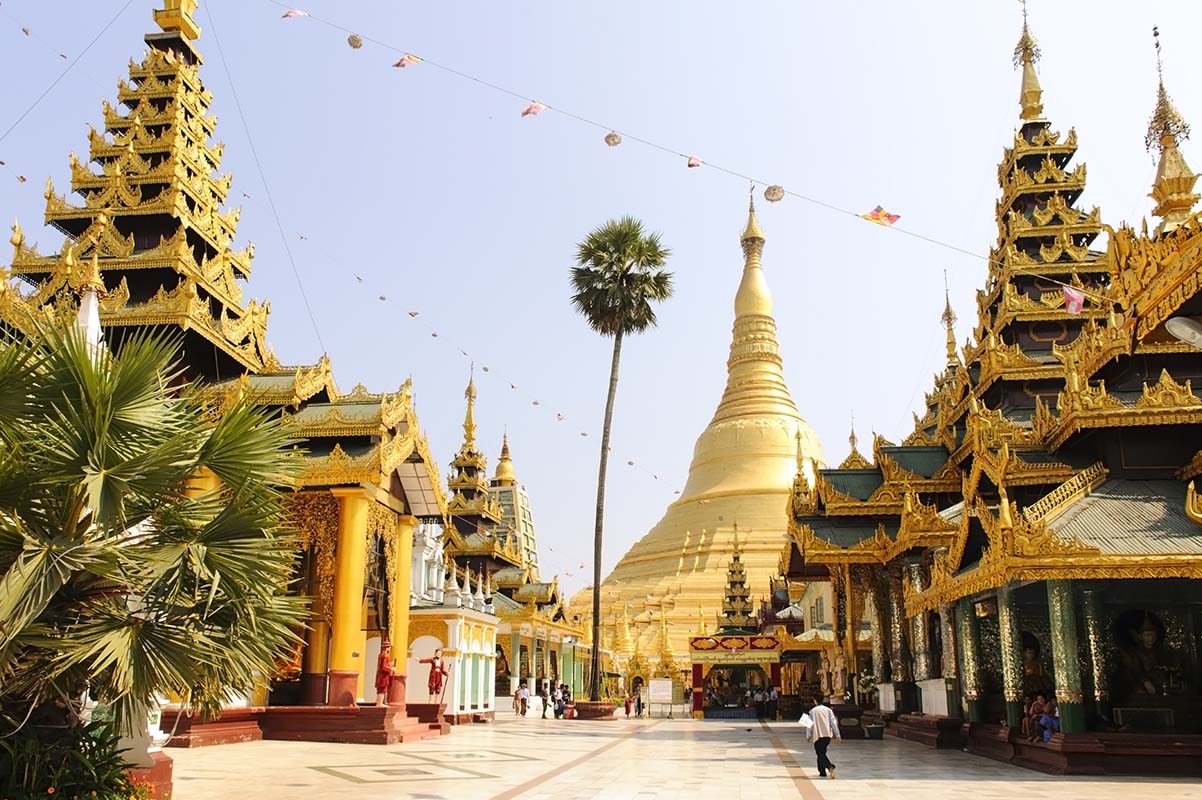 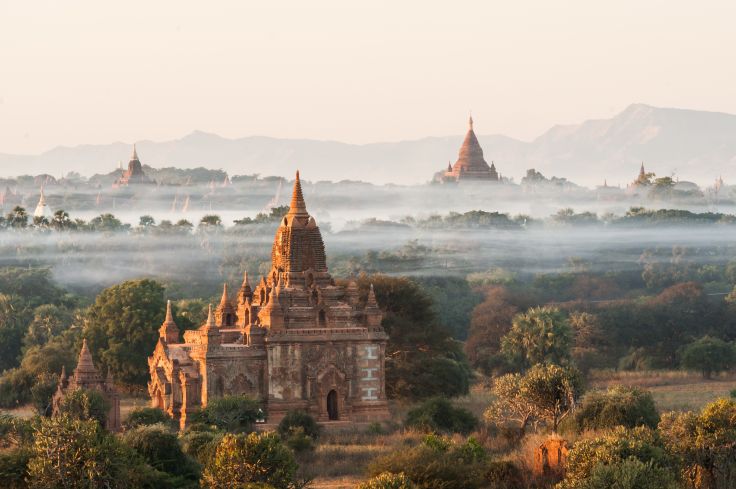 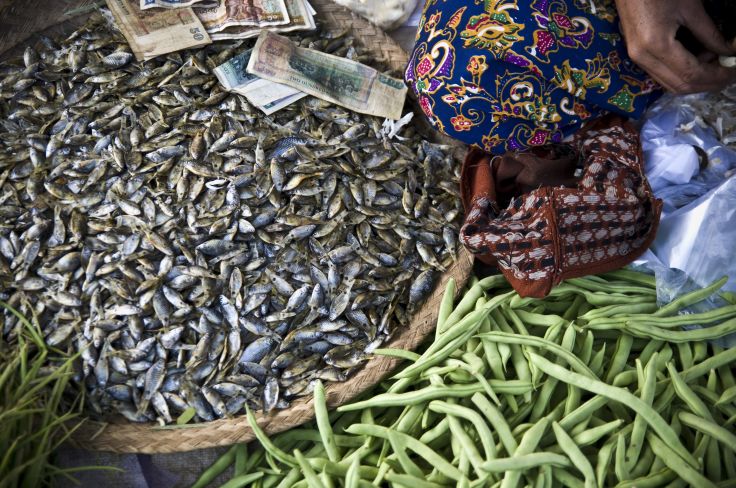 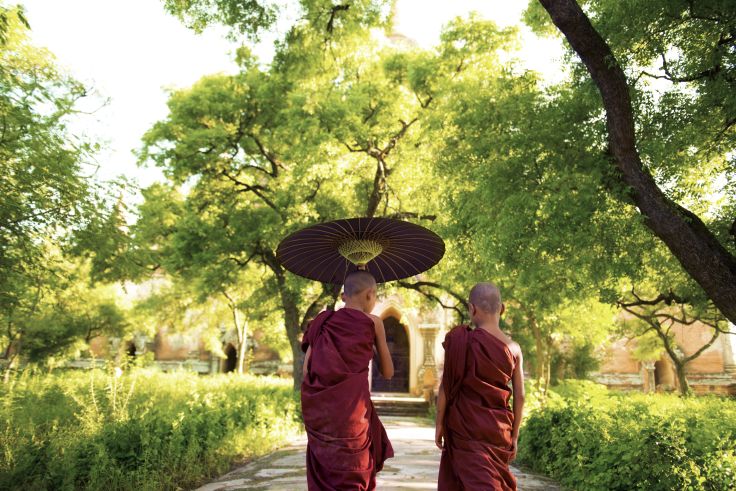 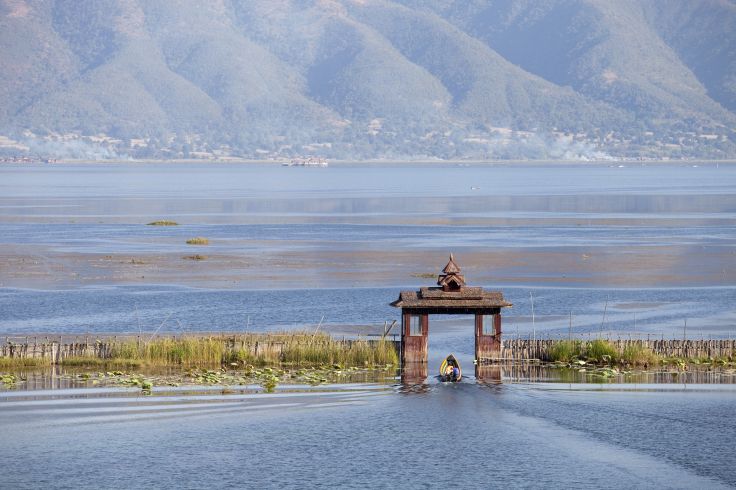 Mandalay's Buddhist devotion, the hustle and bustle of Yangon