90% of Cubans speak Spanish, while the remaining 10% speak either Chinese, Portuguese or Creole.

The indigenous populations of Cuba have largely disappeared, although in the south-east a few clans and families of the Taíno people remain. Today, 37% of Cubans are of Spanish origin, 11% African and 51% are Mestizo. There’s also a 1% Chinese population.

Culturally, 60% of Cubans are Catholics, but religious practice has eroded and attitudes towards the church have fluctuated over time. During the Soviet years, beginning in the 1960s, the government restricted religious practice. Following the collapse of the Soviet Union in the 1980s, a more relaxed approach prevailed. Today, authorities seek to reconcile the Catholic hierarchy in Cuba. Santería is a syncretic religion that combines the Yoruba religion of African slaves with Catholicism, which has crystallised resistance against more traditional strands of the Catholic religion with a set of alternative beliefs and practices shared by many Cubans.

January 1: Anniversary of the 1959 revolution.

In 1492 Christopher Columbus landed on the shores of Cuba and named it Juana (only later did it get its current name). Spanish colonisation began in 1511 with Spanish conquistador Diego Velazquez creating settlements across the island. Disease and abuse of the indigenous people caused their rapid population collapse. Havana was founded in 1515, one year after Santiago. Mineral resources within Cuba proved disappointing and the island was cultivated for its sugar cane, tobacco and coffee. 1526 saw the first African slaves landing on Cuba to work on sugar and tobacco plantations.

In 1762 the English attacked and occupied Havana for nine months as part of the Seven Years’ War and opened trade. At the end of the century, the growers of Santo Domingo fled to Cuba to escape slave revolts and brought with them a certain know-how that helped Cuban landowners. Cuba prospered under the labour of many slaves, which lead to growing sugar exports. Economic prosperity began to shake Spanish rule and the struggle for Cuban independence slowly began. In 1868, Carlos Manuel de Cespedes freed his slaves and began the Ten Years War against Spain. It failed and in 1878 the rebel army surrendered, but Cuba won in other ways with political and social life somewhat liberalised. The rebellion resumed in 1895 at the instigation of Jose Marti. Spain sent in large forces and there were many deaths. In April 1898 the US intervened and on 10 December, Spain surrendered – the Treaty of Paris was signed and Spain relinquished all claims to Cuba. After US occupation for nearly four years, the republic was proclaimed in 1902. The Platt Amendment, passed by US Congress in 1901, formalised the US right to intervene and was built into the constitution of the new Cuban Republic. The United States had important economic interests within Cuba and their influence on the affairs of the island were decisive. Various Cuban constitutional crisis’s in 1906, 1909, 1917 and 1919 didn’t unravel without American influence and Cuban sugar depended on the US and European markets. The 1920s and 1930s were marked by economic recession and political instability. In 1924 Gerado Machado was elected president until being overthrown in 1933.

In 1934, President Franklin Roosevelt repealed most of the Platt Amendment. On March 10, 1952, with the help of the army, Fulgencio Batista seized power. The constitution was suspended and Batiste established a dictatorship. The economy prospered, but the inequalities between Cuban people in cities and the country ran deep. In 1953, a revolutionary group led by Fidel Castro attacked a barracks near Santiago Moncada. It was a fiasco and Castro was put in the shade until 1955. He went into exile in Mexico, where he met Ernesto Che Guevara, who had perfect knowledge of Marxism. In 1956, accompanied by Guevara, Castro returned to Cuba and began a guerrilla war from the Sierra Maestra Mountains. By January 1959, Havana was in rebel hands and Batista had left the country. Fidel Castro became Prime Minister and over a million Cubans were estimated to have fled to the US. In 1960 Castro nationalised all businesses and became allies with the Soviet Union. The USA broke diplomatic relations early 1961 and imposed an economic embargo the following year. The same year the US attempted to land in the Bay of Pigs and overthrow Castro, but failed. A few months later, the Cuban Missile Crisis brought the world to the brink of nuclear war. It occurred when the Soviet Union installed nuclear missiles in Cuba. Following negotiations, the missiles were removed. In 1965, the Communist Party of Cuba was created and became the country’s only political party. Hundreds of thousands of Cubans left the country, both legally and illegally. In 1991 the Soviet Union collapsed, which imposed a political and economic tightrope within Cuba. In 1996 the US established a permanent trade embargo against Cuba, but by 2000, under President Bill Clinton, it softened and America agreed to sell food and medicine to Cuba. In 2008 Fidel Castro retired and his brother Raul took over as president.

The Republic of Cuba is a socialist state. Under the 1976 Constitution, the Communist Party, the only legal party, is to guide the society and the state. The National Assembly of People's Power is the supreme organ of the state and has legislative and constitutional powers. It is a unicameral parliament and currently has 605 members who are elected for five years. It meets twice a year and in-between there is the Council of State, which has 31 members, and is elected by The Assembly. It refers to the Council of Ministers (the nation’s government), headed by the President of the State Council. The judges of the Supreme Court, keystone of the judiciary, are also elected by the deputies. Provincial and municipal assemblies are responsible for the management of local affairs.

Tipping is the norm in Cuba and you should allow for it in your travel budget – from porters to cleaning staff, tour guides to toilet attendants – all expect a tip and many aren’t shy in asking for one. In restaurants it’s normal to tip 10-15% of the bill and taxi drivers will also expect 1–3 CUC for a drive well done. If a tip is added to your bill before it gets to you, make sure you check the receipt and that you’re happy with how much has been added.
Most Cubans don’t like to discuss politics, so avoid this as a topic of conversation, especially with people you’ve just met. While Cuba may be rough around the edges, it’s very safe, but it’s wise to be aware of sliding prices with anyone offering a service – always make sure you agree a price beforehand – and exchange scams do happen, so always change money in official shops.

If you’re in the market for cigars, Cuba’s the place to be. From extra-long and extra-wide varieties to daintier versions, there’s something for everyone and every budget. Never buy from the street, always head to a cigar shop where you can purchase them pre-packaged with a warranty seal, so you’ll know you have the genuine article. Another fine Cuban export is the country’s rum and there are many varieties. Other treasures include porcelain plates, mahogany carvings, statues and jewellery. Take the music of South America home with you and invest in some rumba records, habanera tunes or mambo music. Paintings and old books can leave the country only if accompanied by a certificate of the Administration of Cultural Property.

Cuban food includes many great dishes, but the political history of the last fifty years has historically taken a toll on the culinary arts here. Huge steps are now being made to get up to speed with other Caribbean nations and today Cubans enjoy a few flavourful dishes; rice, red beans, plantain, chicken and pork are everyday staples. Stews and soups are also common, where a Spanish flavour and origin is often evident. Ropa vieja, shredded beef in tomato, is a popular meal as well as tamales, corn-based doughy parcels filled with pork and other vegetables.

Tap water is not drinkable so you’ll need bottled water on your Cuban travels. Soft drinks and beer are also readily available. Rum is everywhere in Cuba, it’s inexpensive and an integral part of some of the country’s most famous cocktails – daiquiri (rum, lime, cane sugar), the Cuba libre (rum, Coke and lime), the mojito (rum, soda water, mint, lime) and a Hemingway special (rum, lime, grapefruit, maraschino). 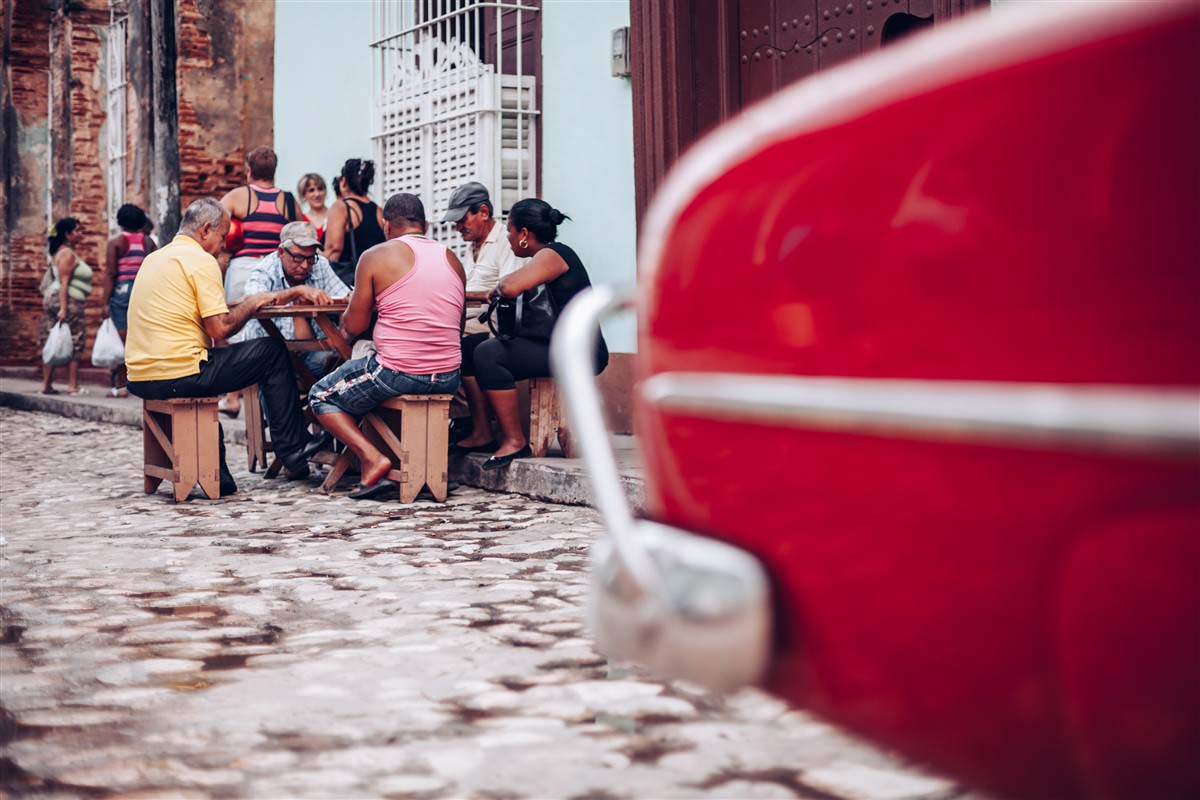 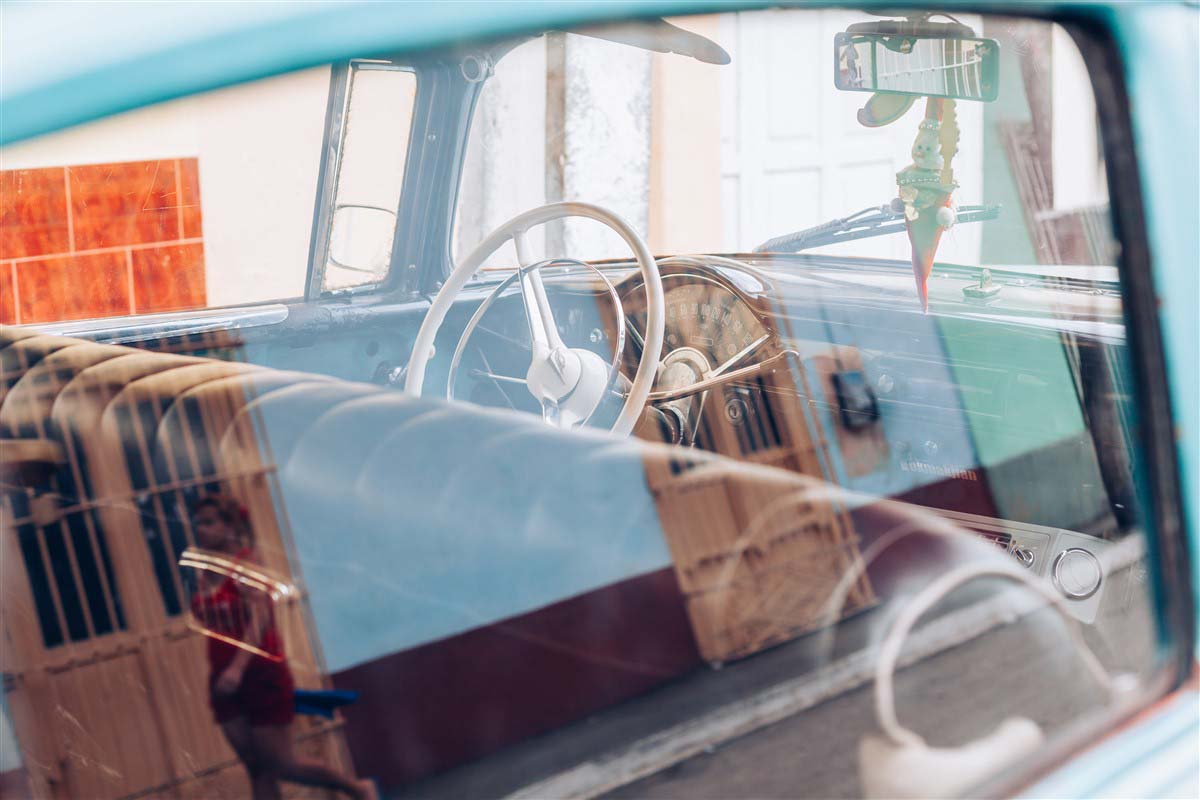 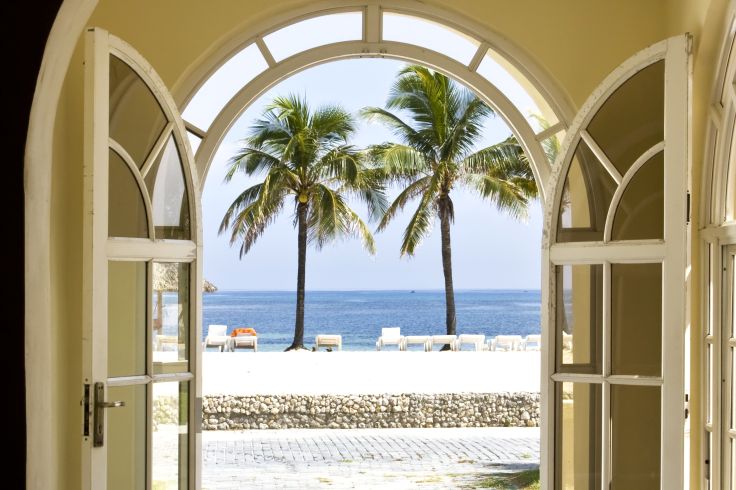 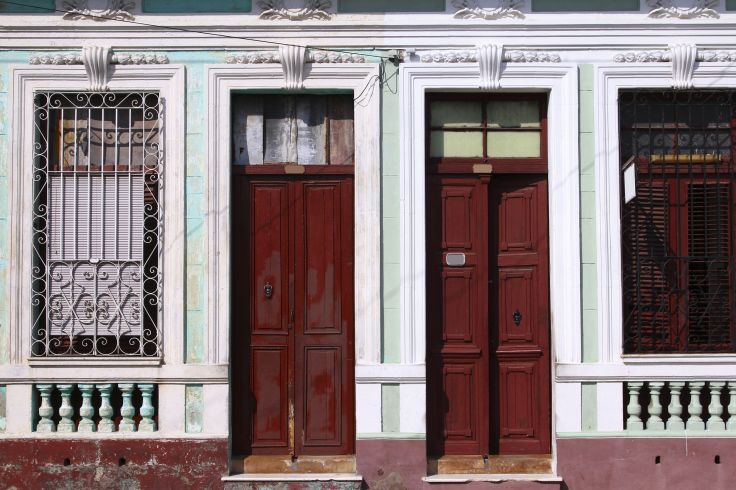