When a country is the size of a continent you'd expect to find a national park or two, but a visitor to the USA could spend every day of the year in a different national park and still need another month or two to complete the set. When you look at it like that, it isn't hard to see why the national parks system is considered one of the greatest gifts the US of A has given the world. Fortunately, some of the best national parks can be combined in one rather epic road trip through Utah and Arizona from Arches National Park to Bryce Canyon, via Monument Valley Navajo Tribal Park and, of course, the mighty Grand Canyon.

Starting at the beginning, Arches National Park is - unsurprisingly - 116sq miles of desert with over 2500 stone arches. Created in 1929 by President Herbert Hoover (he of dam fame), there are more stone arches here than anywhere else in the world, which is something in itself; but what makes this place truly special it that there is just one through road, which makes it a haven for outdoorsy activities. Hiking, both guided and self-guided, tops the long list of things to do. We can recommend routes for all abilities, including families, and of course they are always tailored to the littlest legs. Two of our favourites hikes take in Wolfe Ranch - a one-room cabin which was home to a family of six - on the way to Delicate Arch, and the Courthouse Wash Panel, home to fascinating pictographs which are believed to have been painted by the Archaic Indians who once lived here. Other highlights include the thin and graceful Landscape Arch and Fiery Furnace - a collection of canyons, fins and (you guessed it) arches which can only be reached with a guide.

237 miles south, and right on the border between Utah and Arizona, Monument Valley Navajo Tribal Park is an icon of the American West. If you get a niggling feeling you've been seen it before, you probably have - it's hard to think of a Western film that hasn't featured at least one shot of the five square miles of thousand-foot high buttes (flat-topped hills) punching out of the Colorado Plateau. Shrouded in mystery, the area was inhabited by Ancestral Puebloans, a Native American culture, until they abruptly upped sticks and left 700 years ago. No one quite knows why. The Navajo Nation has been at the 'Valley Between the Rocks' for the past few centuries, and their expert guides take visitors on fascinating tours to the best viewpoints - our favourites are Mystery Valley and Hunts Mesa - telling traditional Navajo tales of battles and ancient spirits en route.

Another 145 miles west is the big one; the grand dame of American national parks: The Grand Canyon. Grand in name and positively gargantuan in nature, the youngest parts of the canyon are estimated to be a youthful 6 million years old, while older sections were formed over 70 million years ago. We say it a lot, but there truly is nowhere on earth quite as breathtaking. Carved ever downwards by successive rivers, the mile-deep canyon reads like a geology text book, and while people have been visiting the national park for centuries, archaeologists who have examined a tiny three percent of the area have uncovered a whopping 4,800 sites and artefacts dating back at least 12,000 years. Suffice to say, there's more to do here than hike, or tremble as you shuffle around the Skyrim - a glass platform jutting out 70ft from the canyon rim and 2,000ft above the canyon floor. Enjoy family-friendly cultural experiences with local tribespeople, or tough and challenging full day hikes such as Antelope Canyon, a firm photographer favourite with good reason.

The final stop on the horse shoe-shaped circuit is Bryce Canyon National Park, a juniper-scented high mountain desert 144 miles to the north. The 18-mile plateau has been shaped by repeated freezes and thaws, which have created a maze of hoodoos (tall think rock spires similar to the 'fairy chimneys of Turkey's Cappadocia) and enormous amphitheatres filled with pastel dagger shaped slashes of rock. Perennial favourites of ours are the scenic drive starting at Rainbow Point and heading slowly through the park to make the best of the views; and the yomp to Yovimpa Point for panoramas of the park - the views over the mesas and flatlands are truly spectacular, as is the Bryce Amphitheatre. The constantly changing light and clouds also provide continuously new perspectives on this natural wonder. 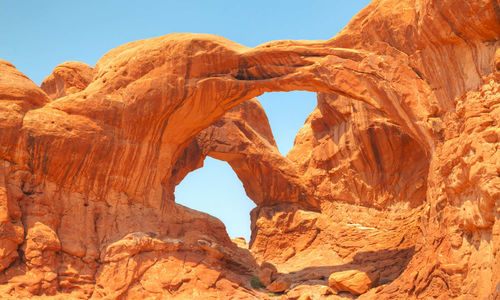 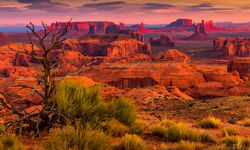 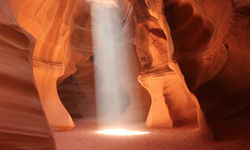 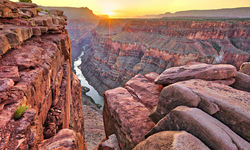 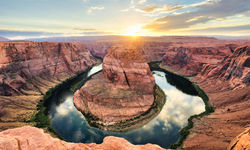 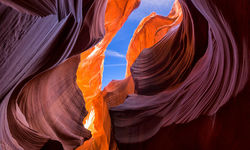 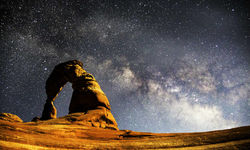 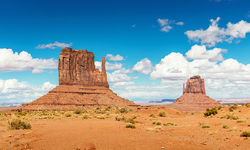 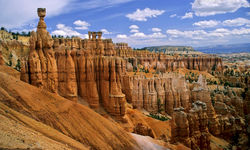