Wine Tour in Bordeaux & the Dordogne

If there’s one thing that can’t be missed while visiting the beautiful Bordeaux & Dordogne area, it's – you guessed it - the wine it's famous for. Bordeaux wine is a synonym to quality for sommeliers and the Dordogne hosts some of the world’s most famous vineyards, a must for vino-philiacs who want to experience true variety and authenticity.

The Bordeaux wine region is the world's largest and oldest of its kind, stretching over an impressive 112,000 hectares, providing 7,000 winegrowers, 300 wine merchants and 93 brokers. An awe-inspiring five million hectolitres are produced here annually, 89% of which are red. The Medoc wine region north of the city of Bordeaux is known for its Margaux, Pauillac and Saint Julien reds, whilst the southern Graves region is home to the premiere Cotes de Bordeaux, such as the Cabernet Sauvignon and Malbec reds. Reds from the Gironde are some of the best of Bordeaux, including Cabernet Franc and Petit Verdot grape varieties. Head east to Pomerol and UNESCO World Heritage village St Emillion to find fantastic cellars and celebrated aged Petrus wines.

The Dordogne region includes some of the most famous vineyards such as the Bergerac situated on the northern banks of the Dordogne River, renowned for its Bergerac, Pecharmant, Monbazillac, Saussignac, Rosette and Montravel. Local wines can be tasted in numerous cellars throughout the region, with 'Chateaux at Monbazillac' as a popular choice. Additionally, many of the beautifully historic wine-producing châteaux scattered along the Dordogne River have been turned into fabulous hotels that are well worth a visit.

But don't just take our word for it - get a taste of Bordeaux and the Dordogne for yourself.

Places to Stay in Bordeaux & The Dordogne 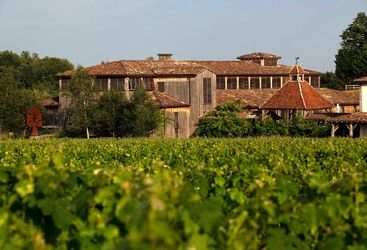 An award-winning hotel and spa situated in the peaceful surroundings of the Château Smith Haut Lafitte vineyards.
Find out more Add to Ideas+ 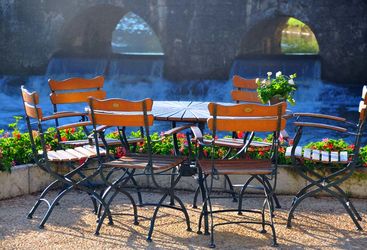 This blue-shuttered, ivy-clad boutique hotel is quintessentially French and located in the heart of picturesque Brantôme, its position is fantastic.
Find out more Add to Ideas+

Harriet and Kate L are our 'Wine Tour in Bordeaux & the Dordogne' experts and as seasoned travellers they have the inside track on the most memorable adventures.