Russian. It is the federal language and uses the Cyrillic alphabet.

There are 176 nationalities and hundreds of languages spoken in the present Russian Federation. The Republics and other okrugs (autonomous districts) have, in fact, several official languages, thus spoken formally are: Tatar, Chuvash, Bashkir, Buryat, Ingush, Kalmyk, Chukchi, Yakut, Udmurt, Mordvin, Komi but also Belarusian, German, Ukrainian, Yiddish and more. English and German are the foreign languages most commonly spoken in larger cities.

The Orthodox Christian denomination counts around half of the Russian population as followers. Muslims, mostly Sunni, amount to around 12% of people, while Jews are at around 2%. There are 2% who adhere to Tibetan Buddhism. A small minority of Catholics are found in Russia and Shamanism is still widespread among the eastern and northern people of the country.

With such a vast territory, many different people in ancient times passed across and settled on land that is now modern-day Russia, including settlers from Ukraine and Iran. Huns, Avars and Khavers all held Russia, Asia and the North Caucasus at various points. Meanwhile, a Slavic population, penetrated western Russia in the eighth century. The Slavs shared the family-based social organisation of Baltic Germans. Scandinavian people, the Varangians, were a strong Viking group who soon established hegemony over the north. In 862, Rurik the Varangian became prince of Novgorod and ruled the region using the city as his base. The population were named the Rus. Twenty years later, his successor, King Oleg of Novgorod, moved its capital to Kiev. The kingdom of the Kievan Rus then established diplomatic and trade relations with the Byzantine Empire and extended its authority over the Slavs. In 988, Vladimir 1 ‘The Great’ was baptised and closed his harem, retaining only his Greek wife, Anna Porphyrogenita. He then imposed Byzantine Christianity to his subjects.

After the Great Schism of 1054 (the division of the Christian church into Western and Eastern parts), the Rus people converted to Orthodox Christianity. Southern ambitions to conquer the new state were countered by the Khazars and Pechenegs, then by Byzantium forces. By the twelfth century Rus power was in decline and no longer controlled the southern part the country. In the north, Novgorod restored its independence. Moscow was founded in 1147. The thirteenth century was disastrous for the Rus: Mongols landed and ravaged the country, destroying, among other things, the cities of Moscow and Kiev, and ended the Rus’s power. Shattered by defeat, Russian princes and vassals continued to pay tribute to the Vikings who fell for two centuries. The Mongols, or the Tartars as they became known, became rulers and established the Khanate of the Golden Horde until 1480. Western forces took advantage of the region’s instability and Poles, Swedes and Teutons make advances in the east. Prince Alexander Nevsky, while supporting the Mongols, still gave the Russian people hope, beating the Swedes on the Neva in 1240 and the Teutonic Knights at Lake Peipsi in 1242. His victories led the Orthodox Church to canonise him as a saint in 1547. In the following century, a large Polish-Lithuanian state still controlled the west of Russia. The power of the Tatar Empire eroded and the Principality of Moscow benefitted. In 1462, Ivan III, best known as ‘Ivan the Great’, liberated Russia of Mongol rule. His successor, Ivan IV ‘The Terrible’ took the title of first Tsar of Russia and extended the iron door of the south, conquering Kazan and Astrakhan. Under his rule, serfdom became widespread and there were a growing number of fugitive slaves who constituted the margins of the empire. After his death, his son became ruler. Many years of instability followed.

In 1609 the Poles invaded Russia and captured Moscow. In 1613 Mikhail Romanov eventually becomes tsar of all Russian principalities, beginning the Romanov Dynasty, which rules until 1917. Peter the Great became ruler in 1682 and modernised Russia – reorganising the government and installing new cities, including St. Petersburg, which became capital. In 1762, Catherine II extended the modernisation of Russia with industrial development and the country entered a period of enlightenment. The colonising movement continued – Catherine II opened the Black Sea, annexing Crimea in 1783. In the nineteenth century, after Napoleonic forces were exhausted by the Russian winter, expansion of Russia continued. Eastern Siberia, explored in 1648, was acquired in 1858. Russia pushed south and southeast against the Ottoman Empire and the Crimean War (1853-1856) saw the French and English join the fight against Russians who were defeated.

Czar Alexander II abolished serfdom in 1861, which did not in practice improve the lives of the vast masses of peasants. Revolutionary ideas began to flourish in industrial cities. Nicolas II ascended the throne in 1894 and ten years later he lost a war against Japan. He also crushed the first revolution the following year. In 1914 World War I begins, and Russia fights on the side of the Allies, against Germany. 1917 saw a successful bourgeois revolution in February, which renounced the Tzar and marked the end of the Romanov Dynasty. In October, the Bolsheviks, led by Lenin (1870-1924), seized power. The Treaty of Brest-Litovsk, signed in 1918, marked the end of Russia’s involvement in the war and made huge territorial concessions to Germany, giving up Russian Poland, Lithuania and part of Latvia and giving independence to Ukraine, Finland, Estonia and the rest of Latvia. From 1918 to 1922, civil war raged in Russia between the Red Army led by Lenin and the White Army comprising of various political interests. Lenin’s Red Army prevailed and Belarus and Ukraine were reinstated. After Lenin's death, Stalin (1879-1953) took power. The Great Purge began and millions of people in opposition to the Soviet regime were killed – the USSR were at war for almost the entire duration of its existence.
On the eve of World War II, after Stalin formed a pact with Adolf Hitler, Russia invaded Poland. Despite the pact, Germany invaded Russia in 1941. Russia resisted and battles were fought in Leningrad, Moscow and the Battle of Stalingrad, which broke the German assault and marked a turning point in the war. Soviet soldiers eventually hoisted their flag over the Reichstag, but the price paid for the victory was enormous, with around 27 million people dead. Following the war, the Soviet Union controlled most of Eastern Europe. Churchill declared an ‘iron curtain’ had fallen across the continent and the Cold War began. In 1956 Nikita Khrushchev (1894-1971) became the new ruler of Russia and Soviet power reached its peak.

Sputnik was launched by Russia in 1957, the first satellite to orbit the Earth, and the Cold War began a space race. Leonid Brezhnev (1907-1982) replaced Khrushchev in 1964 and the growth and economy of the Soviets stagnated. The West was poised to win the war as the socialist economy struggled to keep pace with imposed liberalism. With Russia’s prisons full and the army floundering in Afghanistan, demoralisation continued. In 1985, Mikhail Gorbachev (born 1931), attempted various reforms to the regime, but ultimately failed and it collapsed. In 1991 the Soviet Union was dissolved and Gorbachev resigned. The Commonwealth of Independent States (CIS) was formed. In 1994, a war between Russia and the breakaway republic of Chechnya results in hundreds of thousands of deaths. In 2000 until 2008 former KGB agent, Vladimir Putin, became the President of Russia. He was re-elected in 2012.

The President is elected by national vote for a term of four years. He appoints the Prime Minister, with the approval of the Duma. If the President is unable to exercise his duties, the Prime Minister takes the interim. Legislative power is assumed by the Federal Assembly and there are two chambers: the Federation Council (178 members appointed for four years by the executive and legislative heads of government administrative units) and Duma (450 members, elected for four years according to a mixed system of representation). There are three branches of the judiciary: Constitutional, Supreme and Arbitration higher.

Appearances are important to Russians who are insistent about formality. A Russian greeting usually consists of a handshake – if visiting a Russian house, never shake hands across the threshold though as this is considered bad luck – for that matter, you also shouldn’t shake hands with gloves on, a rude gesture for Russians. Never arrive empty handed – a small gift of alcohol or flowers is perfect. Dress modestly when entering a place of worship, which means covered shoulders, heads and sometimes legs. Always join in with a Russian toast and don’t leave empty bottles on tables.

Shopping in Russia is an extravaganza of excellent craftmanship and among the mementos that will tempt you are delightfully intricate nesting dolls, ornate metal samovars for making tea, elaborate shawls, wooden painted dishes and elegant amber jewellery.

Before we delve into the delights of Russian cuisine, it should be noted that the country has influenced how we think about the succession of dishes – the Russian way is to eat in the following order: starter, fish, dessert, meat, dessert. The food in Russia is incredibly varied and you’ll no doubt come across a number of delicious specialities during your stay. Zakouski are small, cold bites that combine fat, salt and acidity and are accompaniments to vodka – each shot of vodka is followed by a small zakouski dish.

Fish comes in all forms: carp, perch, halibut, sturgeon, caviar, and is served up in a myriad of ways. Kasha is also a very Russian dish, a hearty buckwheat porridge. Desserts are sweet and moreish with various flavours, including apple, cream and almonds, at the forefront. Mushrooms, berries and honey also appear, which reflect the country’s historic gathering economy. An invigorating cuisine that’s rooted in the past, the Russian menu is as tasty as it is interesting.

Tap water is unsafe to drink, so rely on bottled during your stay and avoid ice. Traditional Russian tea is often served sweet with an orange base. The oldest beverages consumed in Russia are beer and kvass. The first has a successful career in pubs, while the second, kvass, is perhaps the true national drink, and is produced from the natural fermentation of bread and flavoured with fruit. It’s refreshing and low alcohol.

As for vodka, Russia’s obsession reportedly began in the nineteenth century within the realm of the tsars, accompanied by pickled herring and caviar. It almost goes without saying that Russian vodka is excellent quality and drinking it is part ritual, part trial – don’t attempt to compete with Russian, who are experts in the field with a strong tolerance. Many sparkling sweet wines are also produced. 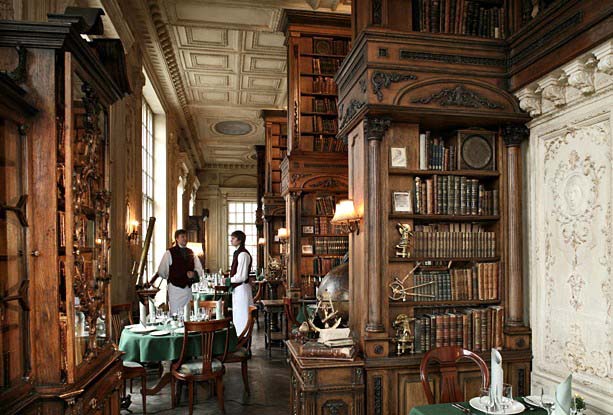 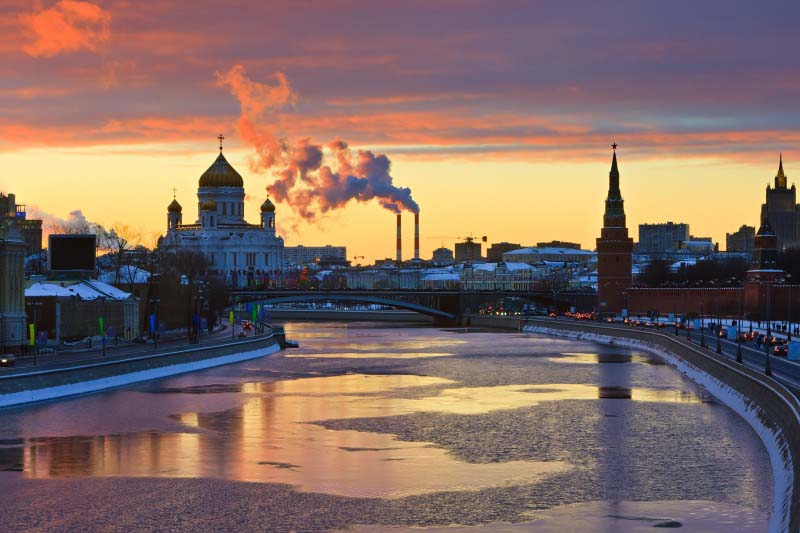 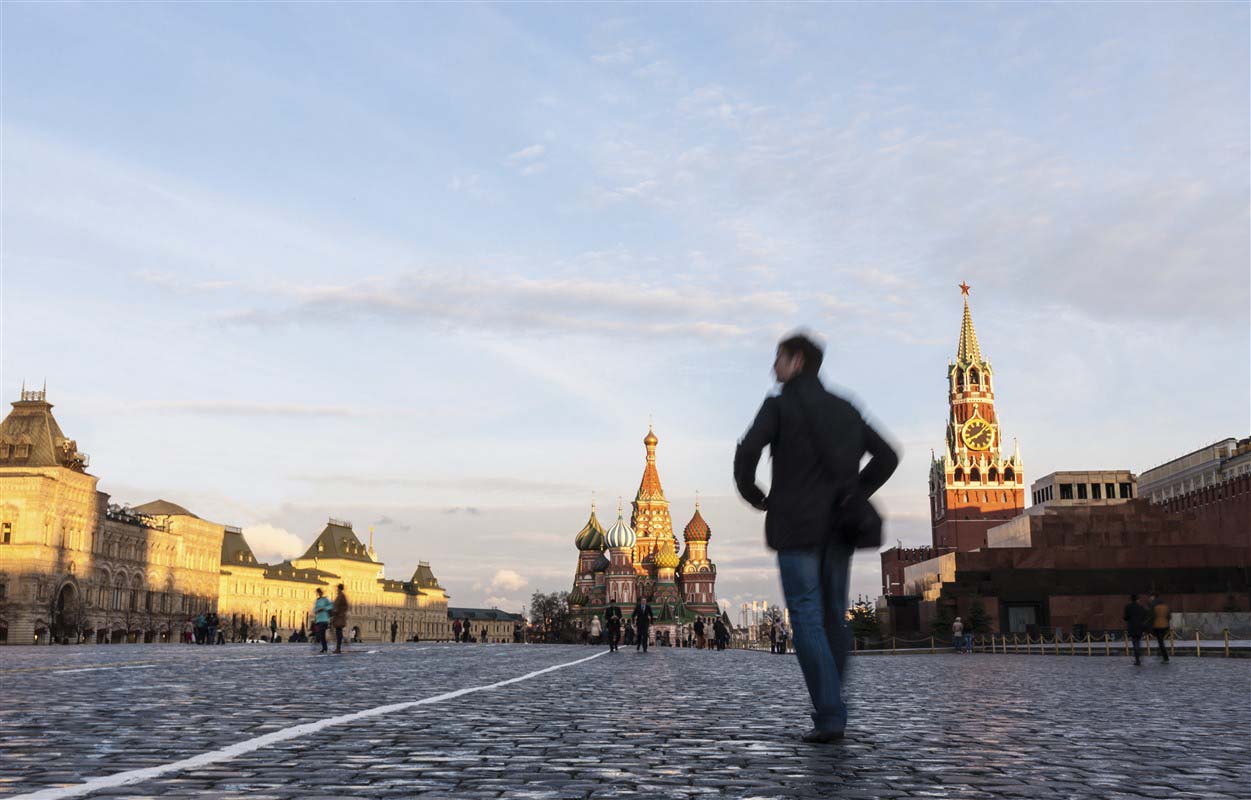 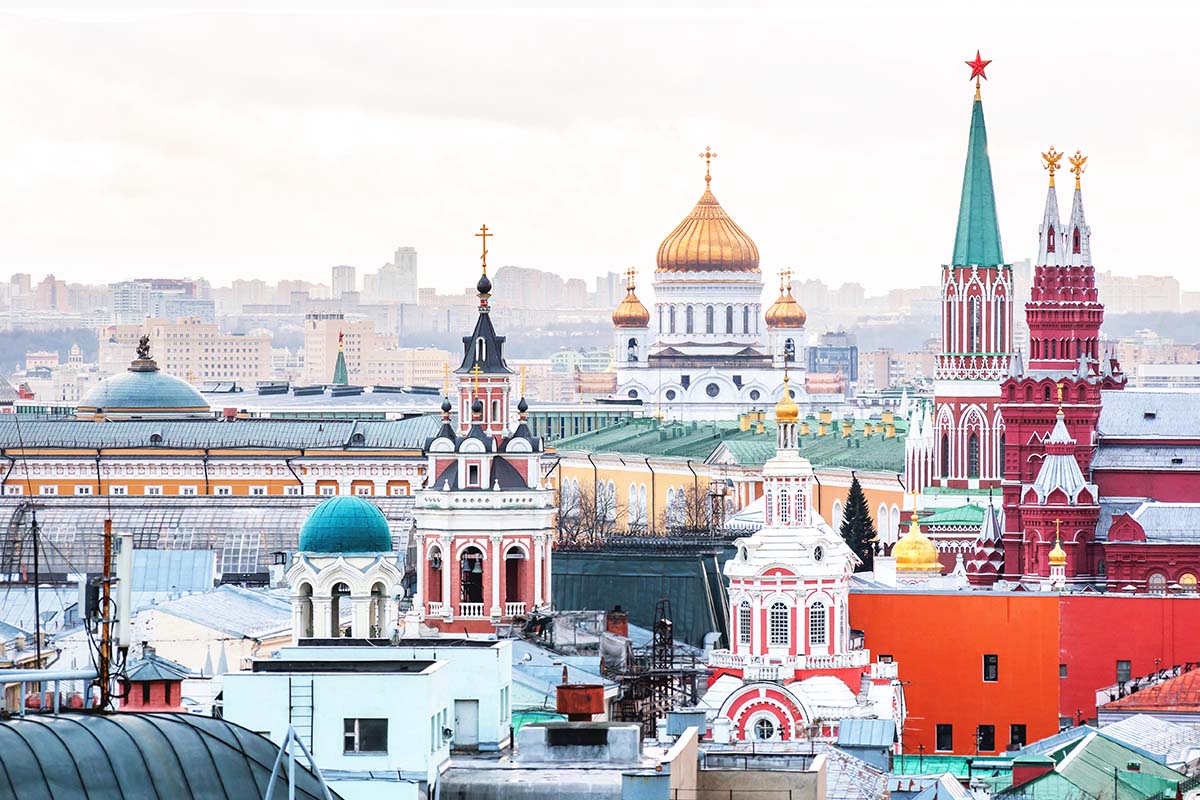 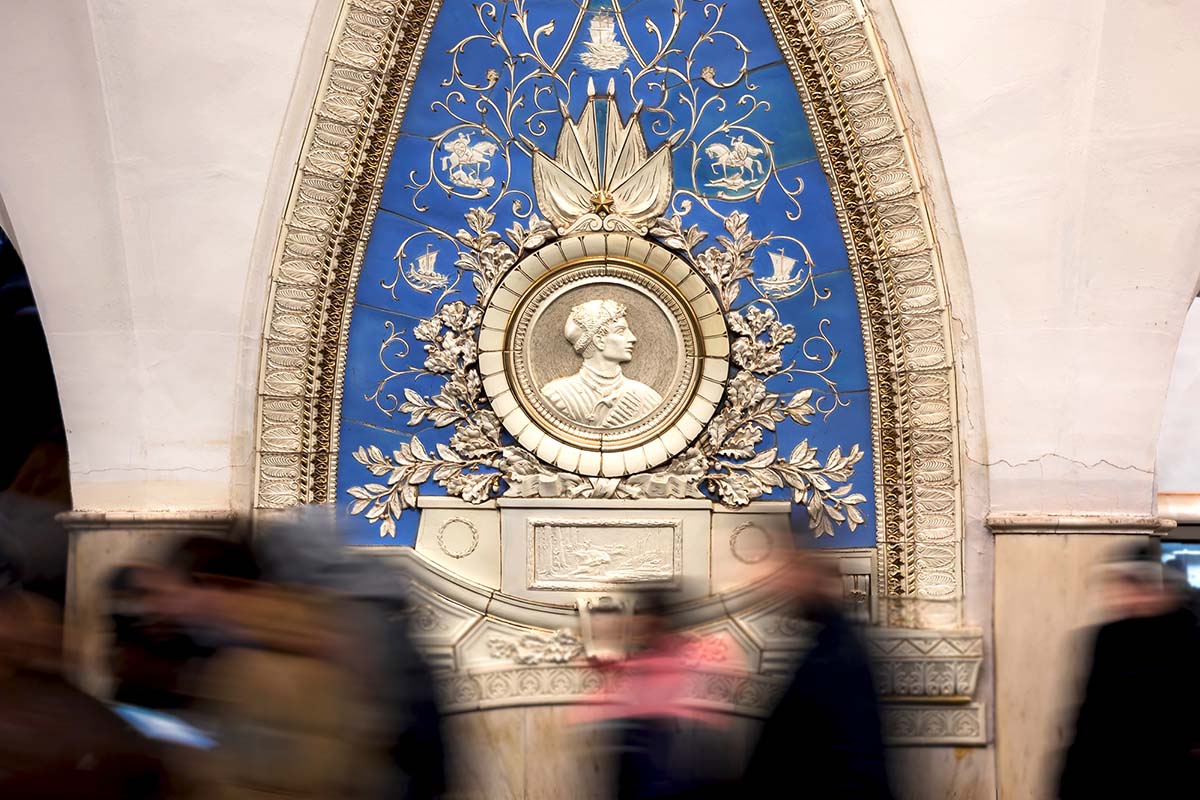 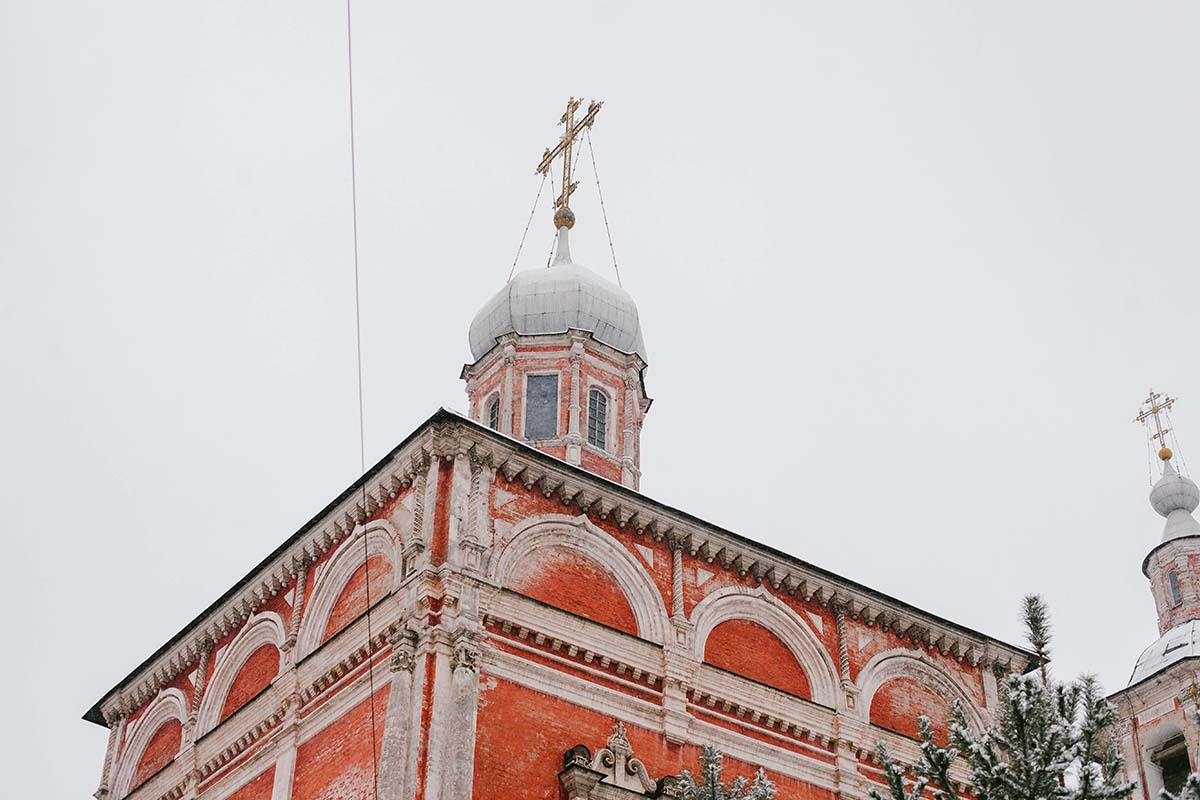 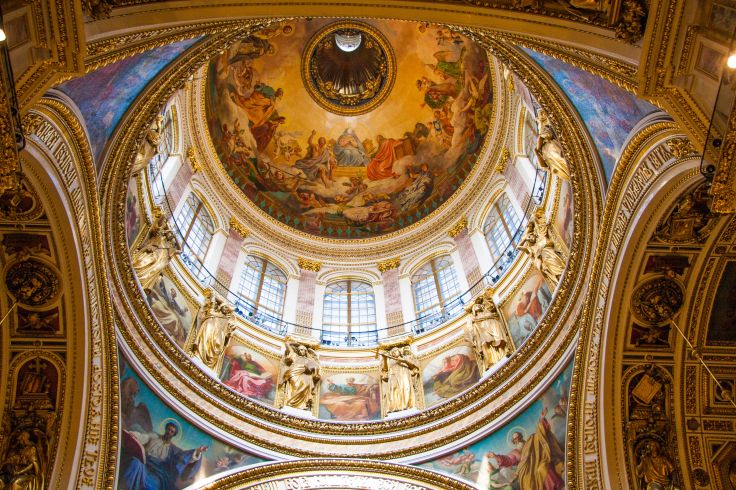 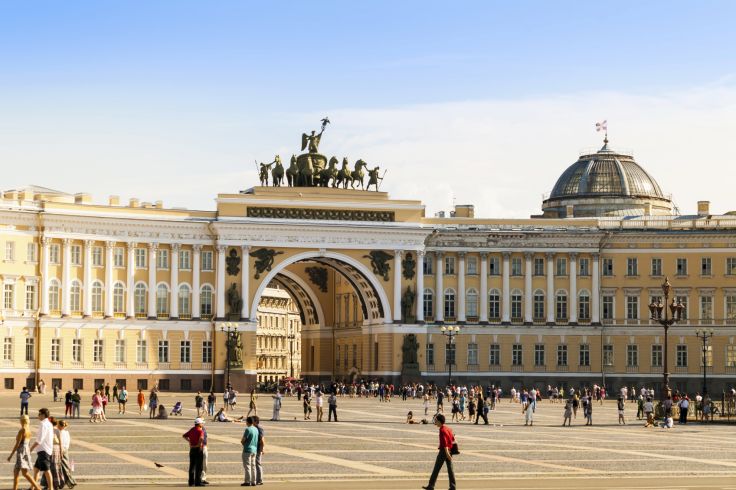 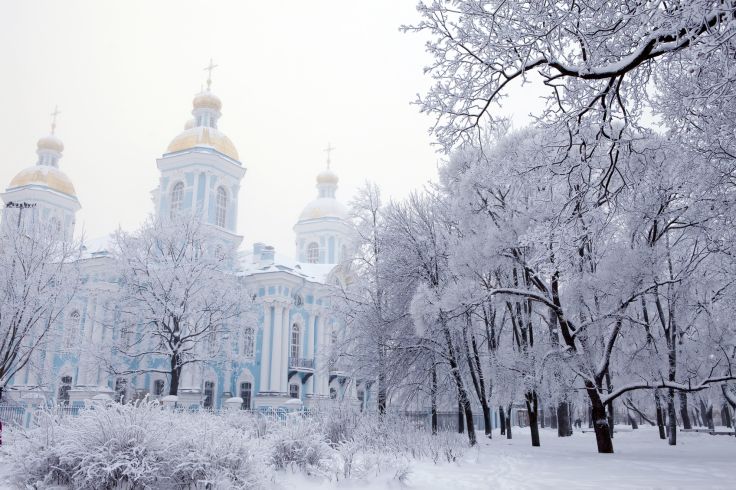 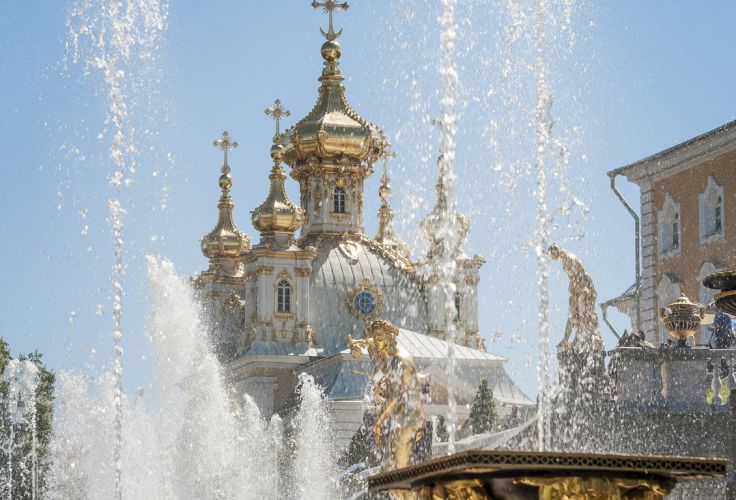 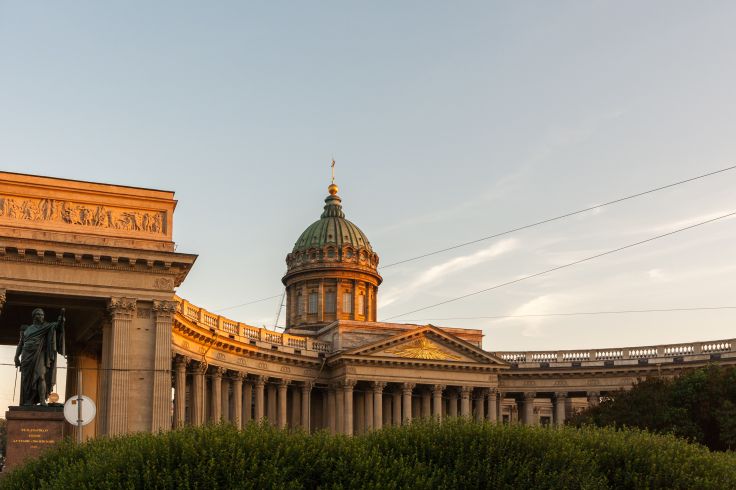 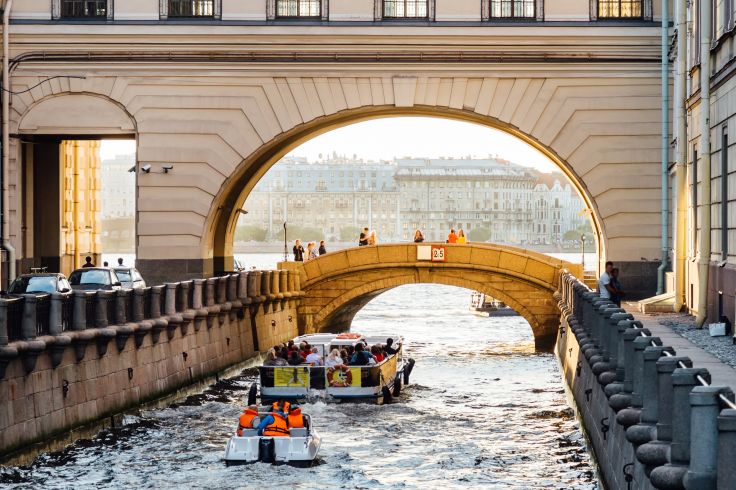 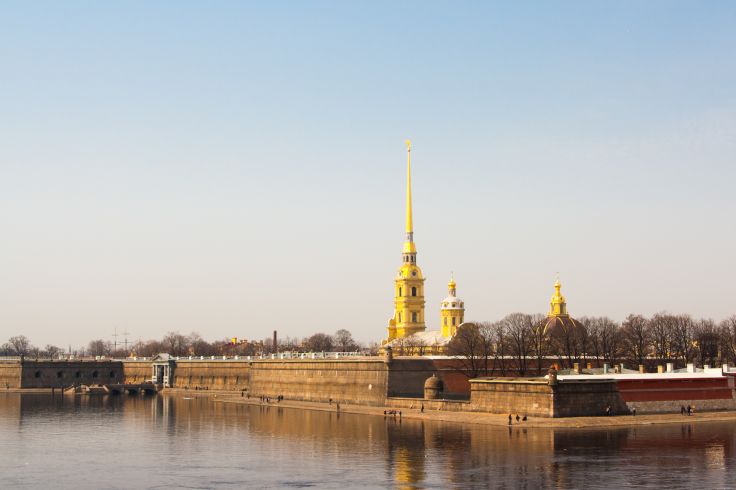 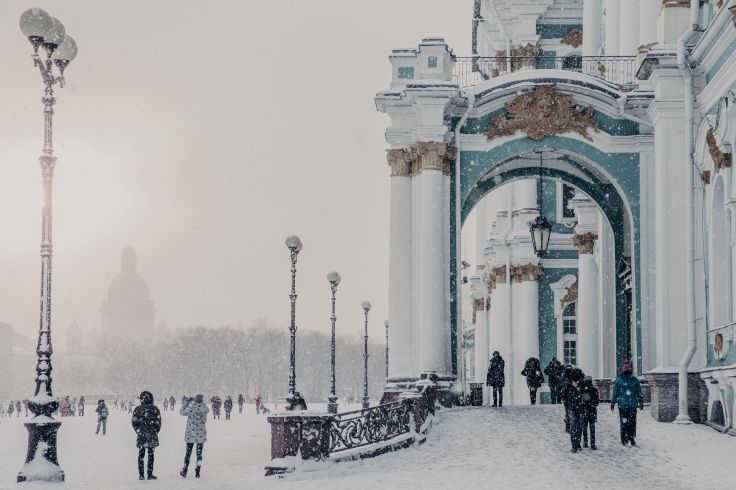 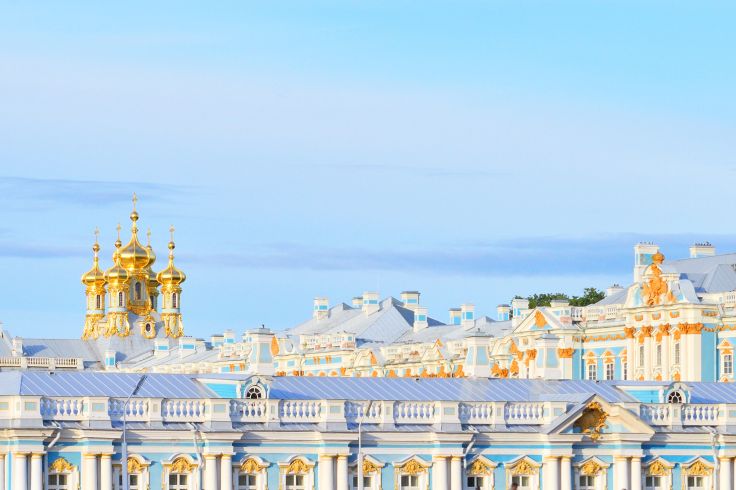 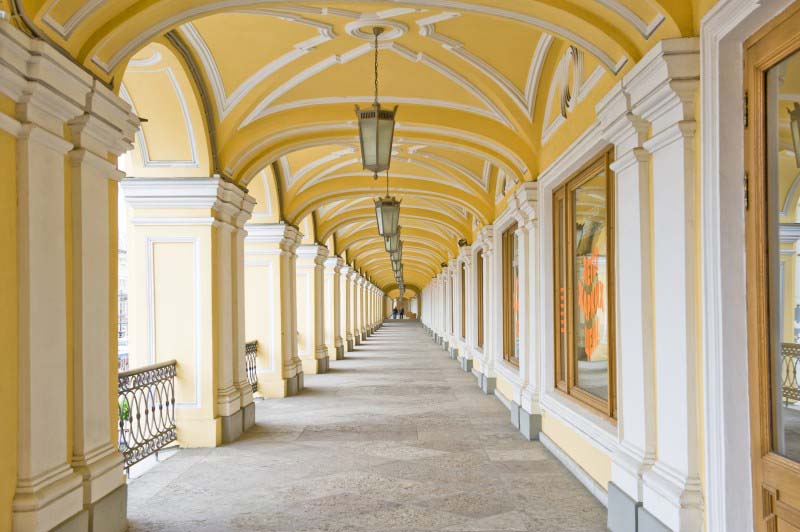 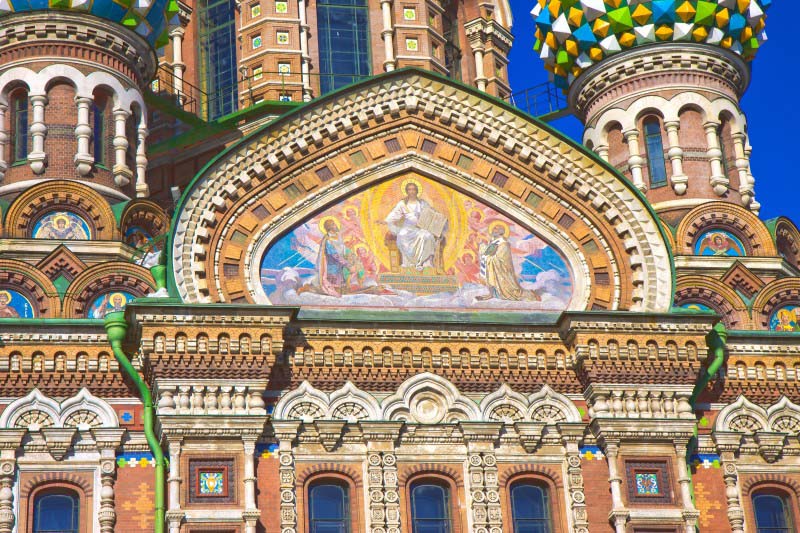 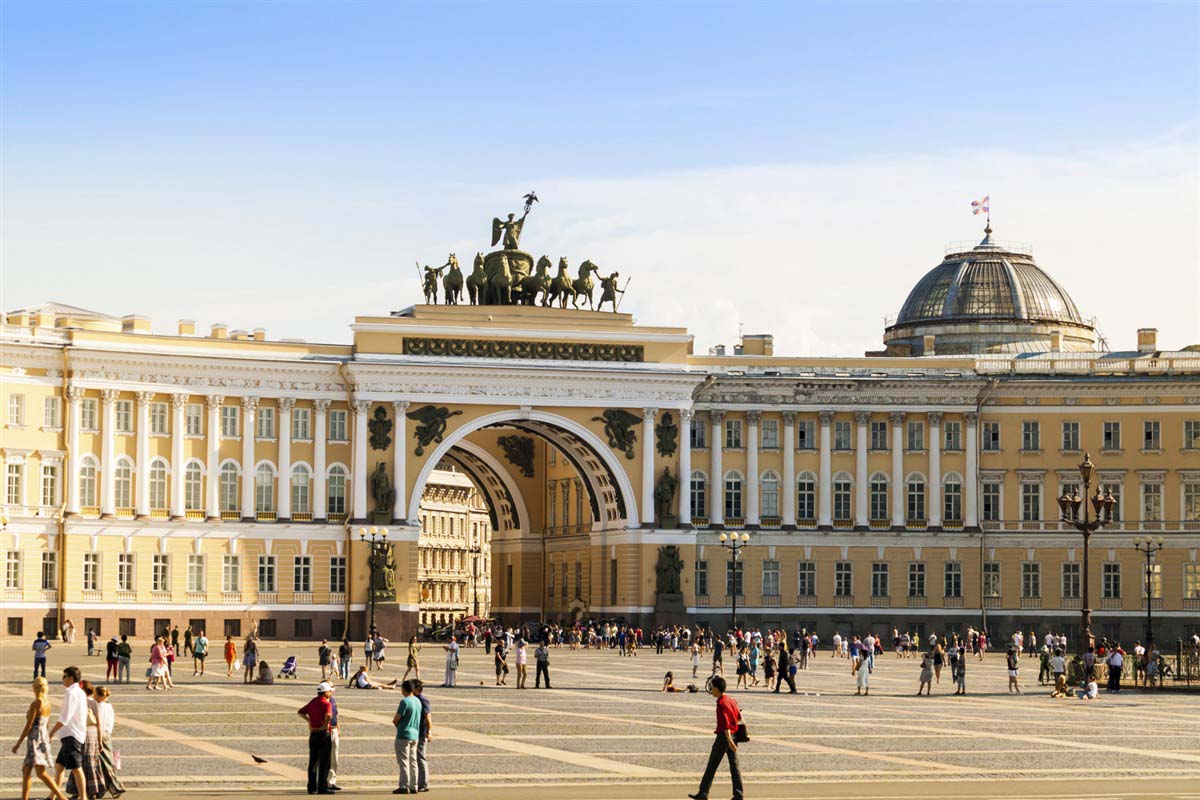 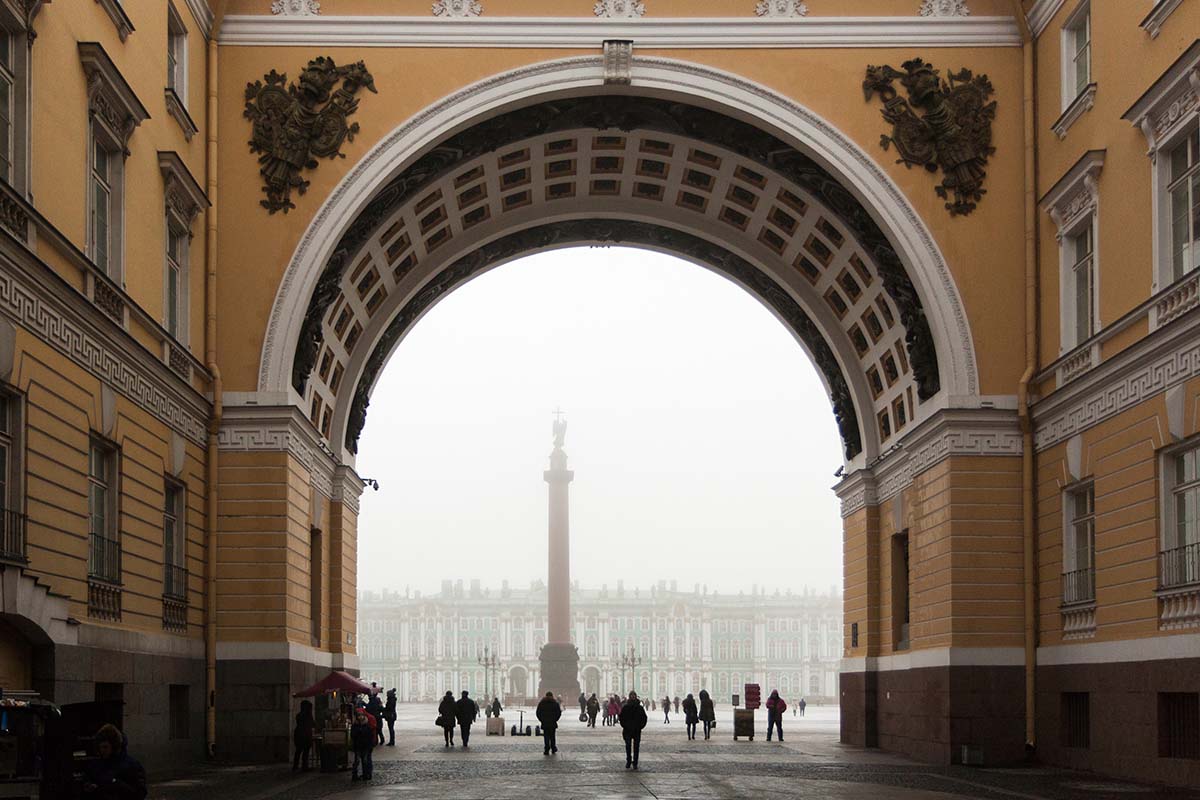 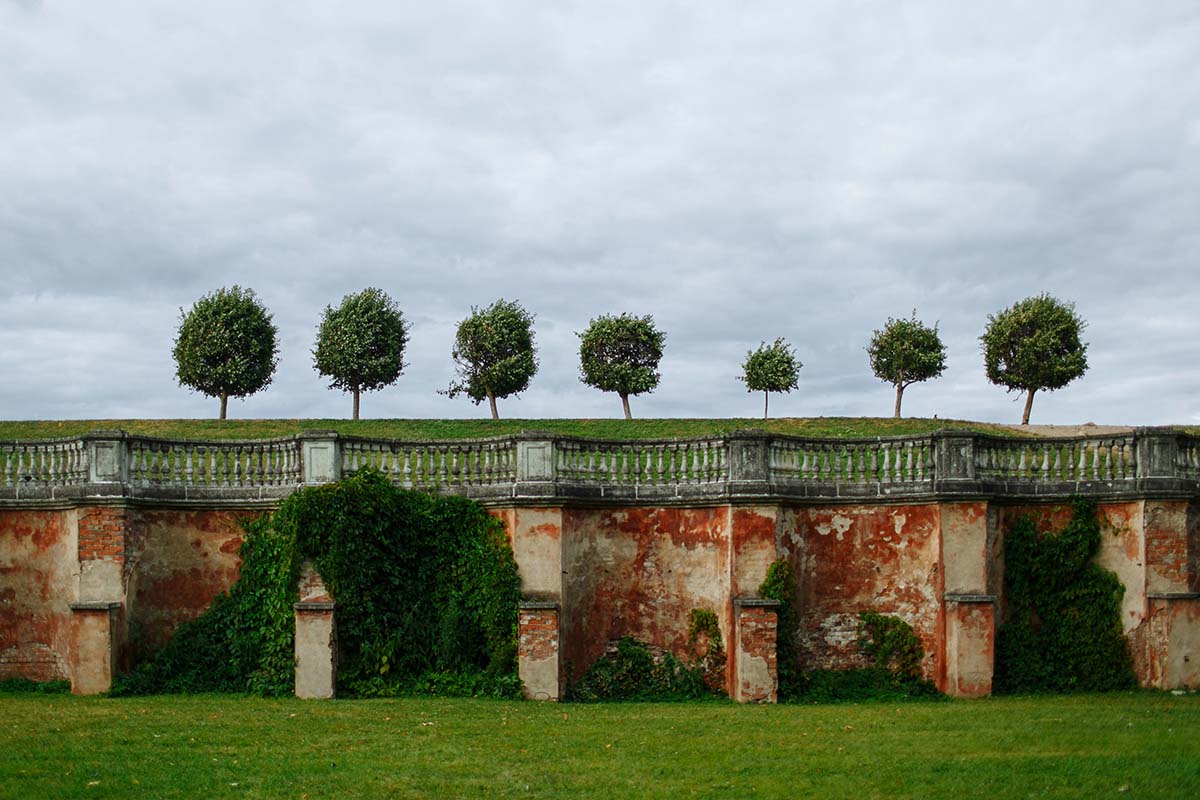 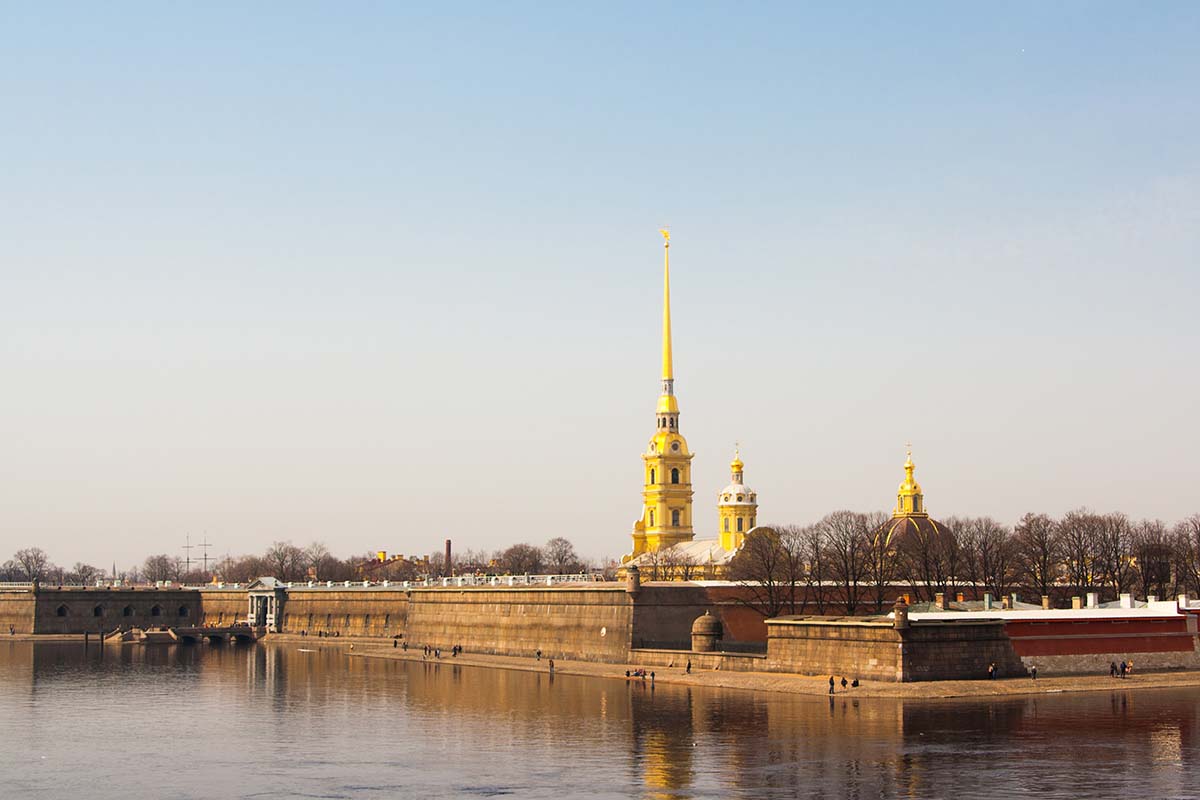