The Magic of Sri Lanka 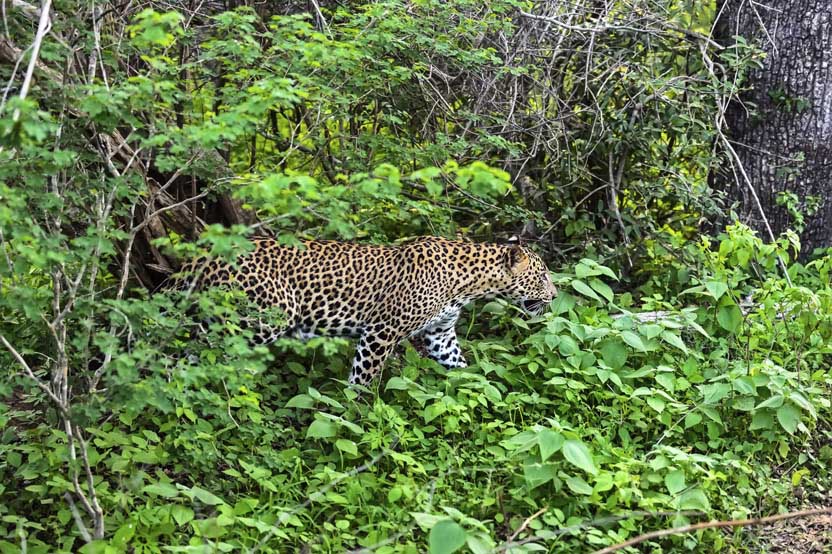 My brother lives in Singapore, and I was lucky enough to combine a recent visit with a unique holiday to Sri Lanka - a country I have been longing to visit ever since I was a child, growing up fascinated by stories my grandmother told me of living in what was once Ceylon - a country seeped in Kipling-esque romance and mystery; pet mongeese fighting off snakes in the garden, tea plantations, elephant polo, wild jungle teaming with leopards. These are my reasons why everybody should embark on an Original Travel holiday to Sri Lanka...

The magic of Sri Lanka

My grandmother's collection of gemstones, that included rubies, topazes and sapphires as well as an exquisitely carved teak chest spoke of untold treasures - or more precisely my predilection for the shopping possibilities - that lay ahead. I wasn't disappointed, for this pear-shaped jewel of an island lived up to all expectations in what was a magical experience, brought to life by the Sri Lankans themselves, who are some of the kindest, most gentle natured and good humoured people I've ever come across.

I spent a night in Yala National Park - on the south east coast, where man and beast live good naturedly side by side and inhabit pristine jungle both - most of the time - respecting each other's living space. You can take a sea plane from Colombo to Dickwalla - well worth doing, and its then a three hour car ride through coastal towns and villages before you enter the park.

The air changed: it got hotter and drier, and the sky turned into that typical African-esque sky with seemingly no horizon. Stunted driftwood trees, acacia thicket and a red brown dusty path lead you further into the park where suddenly the jungle appears - a tangle of huge trees where roots grow up instead of down, the air closes in and the light softens. I had come in the low season (the start of the Monsoon for the rest of the country) - not perhaps a season you would contemplate for visiting a national park - yes, it's brown not green, and yes, you are unlikely to see young offspring bounding around, but - and this is a big plus - there aren't hordes of visitors. What becomes immediately apparent is that in spite it being dry, all of the animals are lured to the waterholes, where they spend the majority of their days lolling around cooling off.

Breakfast in the river

On arrival at our camp on the banks of a fast moving stream, ice cold beers were served and I soon found myself lolling around in the water, cooling off like a large water buffalo. I was entranced by the sounds of the jungle all around - whilst tentatively keeping a wary eye out for crocodiles.

The camp is set in a fabulous location - right in the midst of the jungle, with a spit of white sand between the river and the bank, where we dined at night under the stars lighting flares to keep the animals at bay. The wildlife was so close, it was utterly enthralling: we heard bears fighting, an elephant came crashing through the trees on the opposite bank and we picked out the luminous pin pricks of six pairs of crocodile eyes nearby. The infuriated yells of our cook had us in stitches as he realised his stores had yet again been plundered by the greedy boar on one of his weekly sojourns.

It was a thrill being so close to nature, and in such luxurious, comfortable surroundings - our stand-up tents were beautifully swept and kept, with chests of drawers, hammocks and personal outdoor showers, wash stands and loos. Beds were made with soft sheets and the dining tent produced delicious curries for lunch and afternoon gin and tonics. But the absolute highlight was breakfast in the river: fresh papaya and mango, hot coffee and coconut sambas, served whilst we sat in the river at our table watching the antics of Seeba the fish eagle tear apart a fish with her immense claws.

Our tracker and top guide Manjula was brilliant. He seemed to have eyes in the back of his head, and had us doubled over laughing with stories of the woman who came across the crocodile in her loo (she lived, thank goodness) whilst plying us with Arak and listing every single endemic bird species in the park.

A game drive at dusk and dawn had given us six separate leopard sightings, two of which were so close we had ample time to trace the beautiful facial markings out and watch with baited breath as this stunning cat went about his ablutions, seemingly completely unfazed by our presence.

The park sits right on the coast, so we ventured down onto the beach where the steel structures of a lodge serve as a poignant reminder of the 2006 Tsunami that swept it away,carrying all 47 tourists and staff to their death. It's an isolated and dramatic spot, with craggy outcrops of rocks and huge waves crashing down onto the shoreline.

I could easily have spent at least another two nights in the park - one was not enough, and I'll be back. From there, we went to Galle, where I swam with turtles, gorged on curries, haggled over gemstones and endured one crazed tuktuk drive. But that's another story...