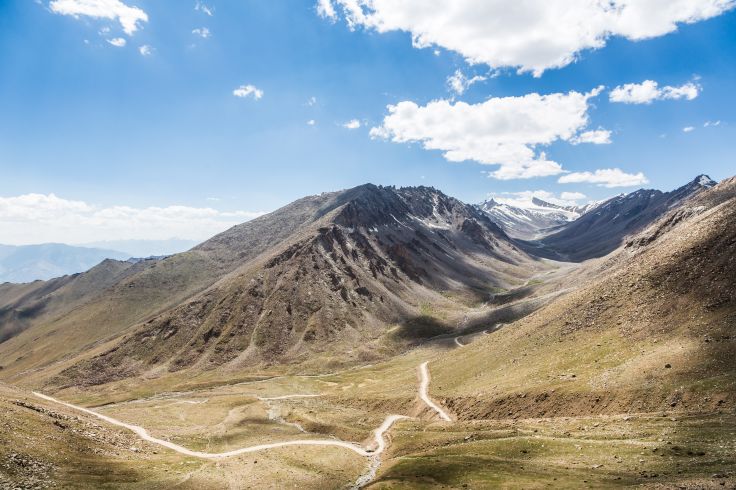 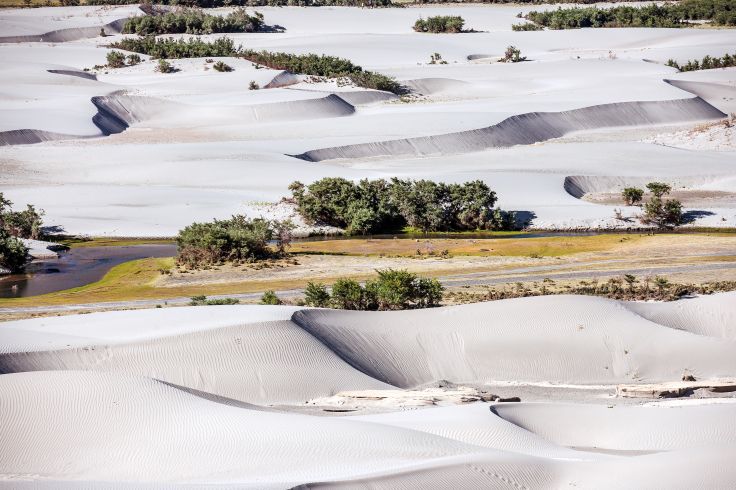 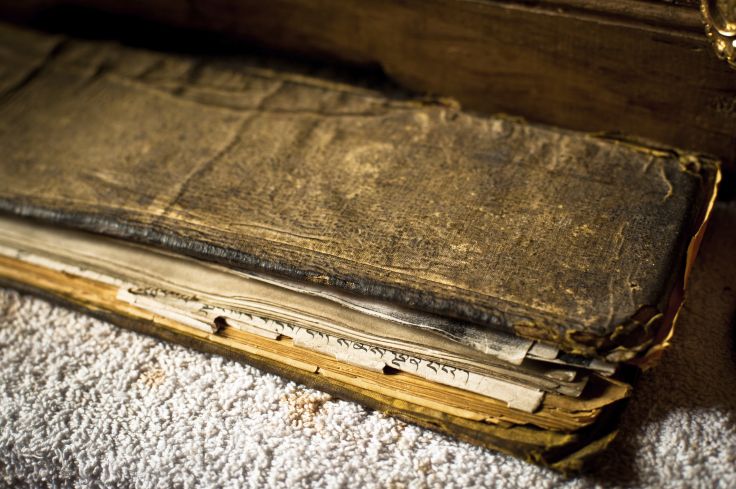 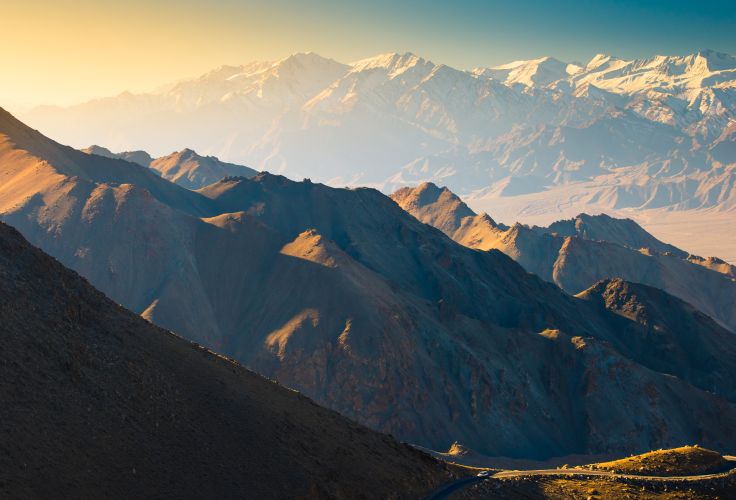 TOWARDS THE HIGHEST MOUNTAIN PASSES

Ladakh is one of the most visually stunning places on the planet; vast snow-capped mountains, high altitude desert and bright turquoise glacial lakes and rivers lined with lush orchards. The landscape is inseparable from Tibetan Buddhism and is dotted with centuries-old monasteries. You'll see monks draped in purple going about their daily business, chortens (buddhist shrines), and prayer flags everywhere you turn. This region may be remote but it's used to welcoming travellers having been an important part of the Silk Road.


You'll be glamping in two stylish campsites; one in the grasslands of Thiksey, the next at a higher altitude at the confluence of the two rivers that form the Nubra valley.
At both camps you'll be staying in a large tent with wooden floors and elegant furnishings.
Logistics - Your vehicle is air-conditioned and adapted to the uneven terrain. You will have a private driver and a guide[/b} who will take you as far as possible, to the Nubra Valley, which is reached by a pass 17,300ft up. Along the journey, your guide will take you on private tours of old towns, temples and monasteries that you pass. Make sure to have plenty of space on your camera's memory because there are golden photo opportunities at every turn. Altitude is approached with the necessary caution and the highest passes are kept for the end of the journey. If along the way you come across something unexpected you wish to visit or there's something you wish to change, our local Concierge will be on hand to assist.

Stay overnight in a modern hotel; the rooms are very well equipped and there is a pool, gym and restaurant.

Private transfer to the airport and flight to Leh. Transfer and accommodation for three nights in Thiksey, in an elegant colonial-style camp on the banks of the Indus. The spacious tents, including bedroom, bathroom, and terrace, are open to the outside to enjoy the exceptional surroundings; they feature all the modern comforts, from the perfect bedding to the splendid copper sinks, and are stylishly furnished. The restaurant serves exquisite Himalayan Indian dishes, either under canvas or by a small pond. The service is attentive and friendly.
In the afternoon, you will meet your private guide who will accompany you on all the tours, setting off with him to discover the old town of Leh, capital of Ladakh, perched at an altitude of 11,500ft, an ancient stopping point on the Silk Road – and one of the few Tibetan stops that remain. You'll visit Gompa Soma, also known as Chokhang, the headquarters of the Ladakh Buddhist Association. The prayer room houses a crowned Buddha and a statue of Padmasambhava. Walk through the ochre maze of the streets of the Old Town, whose adobe houses (a mixture of earth and water) date back more than four centuries, bustling with craftsmen, and where trekkers have replaced the caravanners of yesteryear. Visit the bazaar near the 17th century Jama Masjid Mosque, Friday Mosque.

Included in the itinerary - Visit Shey and the monasteries of Tak Tok and Chemrey. A few miles from Leh, Shey was the capital of Ladakh until the 15th century. The ancient city's remains dominate the village and the former Ladakh Kings' Summer Palace, also known as Shey Monastery, which has two temples. Then on to Tak Tok Monastery, founded in the 16th century, clinging to the mountainside, and home to about fifty llamas, in the Nyingma tradition of Tibetan Buddhism. In Chemrey, visit a monastery of the Drugpa order, which houses a precious collection of literary works and a one-story high statue of Padmasambhava.
Optional activity - A meditation or yoga session at the Mahabodhi Centre, founded in 1986 by Bhikkhu Sanghasena as a spiritual retreat and humanitarian aid centre for the most deprived.

Included in the itinerary - Puja ceremony at Thiksey Monastery. At sunrise, join a group prayer accompanied by the sound of gongs and the hum of mantras. Gompa Gelugpa is the largest and most emblematic Ladakhi monastery; it includes several temples and stupas with splendid frescoes of Buddha and its position offers an exceptional view of the Indus Valley. After the morning service, it's time for breakfast in the countryside. In the late afternoon, head back to the 17th-century Hemis Monastery, the main gompa of the Kagyupa Drukpa School (Oral Tradition School, Red Hat) in Ladakh. The buildings that make up the inner courtyard have splendid painted galleries and wooden frames - the paintings depict the mahasiddhas, unconventional Buddhist ascetics. The monastery museum focuses on the principles and symbols of Tantric Buddhism and houses beautiful thangkas (Tibetan scrolls). Enjoy a picnic lunch on the banks of the Indus River before heading to Stakna Monastery, which is perched atop a narrow rocky outcrop. In beautiful apartments it houses an ancient residence of the kings of Ladakh and one of the richest libraries in the country.

En route to the Nubra Valley You'll take a meandering road through a stony landscape to reach Kardung La (18,000ft), where you'll stop to enjoy the splendid view of the city of Leh and the Stok mountain range, which dominates the horizon to the south. Take the road back to the valley below, in an increasingly green landscape, passing through isolated villages until you see the beautiful Shyok River, with turquoise waters set against ochre mountains.
Stay for two nights in an elegant tent with refined decor. Enjoy the beautiful dusk colours from the comfort of a cane chair as you gaze out upon the wide landscape of the valley. The restaurant serves beautiful dishes from around the world, whether under canvas or outdoors beneath walnut and apricot trees. The service is attentive and friendly.

Included in the itinerary - Tiskit Monastery, founded in the 14th century, is the oldest in the valley. The mural painting of the Four Heavenly Kings bears witness to the long history of the shrine and the influence of Chinese Buddhism on its Himalayan counterpart. The imposing 100ft high statue of Maitreya placed a little further down, represents the present-day commitment of the monks. Blessed in 2010 by the Dalai Lama, its purpose is to protect the village, prevent a war with Pakistan and promote world peace. Between Tiskit and Hundar lies an area of white sand dunes, which you can explore aboard a Bactrian camel, as the merchants of the silk road would have done.

Drive to Leh. Overnight stay at a hotel a short walk from the centre of Leh.

Transfer to the airport and fly to Delhi. Transfer and overnight stay in Delhi. Your hotel, built in 1931, is an icon from the time of the British Raj and now is a place of an astonishing luxury. The hotel's colonial art collections are the country's largest and are available for guests to view. The hotel's main restaurant is a delight and the southern cuisine is unparalleled.

Top things to see and do in Delhi - Walk the Rajpath, the Royal Way, which runs from Rashtrapati Bhavan, through Vijay Chowk and India Gate. Visit the Friday Mosque, Jama Masjid, which is the largest in the country and can cater to 10,000 worshippers. Enjoy a lunch of grilled meat with spicy onions opposite the Mosque at Karim's, which is something of a local institution. The same family has been at the stoves for four generations and it's undoubtedly the best Muslim eatery in the city.
You'll be transferred to the airport at the end of the day. Overnight flight, arriving the next day.

LEH - MEDITATION AT THE MAHABODHI CENTRE


A pillar of Buddhism practised since the fifth century BC, meditation is said to be the key to a balanced life. Established by Bhikkhu Sanghasena in 1986 as a spiritual retreat and humanitarian aid centre for the most deprived, the Mahabodhi Meditation Centre is made up of a team of doctors, monks, nuns, community leaders and a team of care providers.
Option

Dependent on season, accommodation and activities
Mid-May to the end of September The estimated cost for this trip is £7,800 to £9,800 per person. This trip is tailor-made to your exact specifications so prices will fluctuate. The cost varies acco
A few of the benefits of travelling with us