Tanzania boasts not one, but two, of Africa's best kept secrets. Four times the size of the Serengeti and slightly bigger than Switzerland (or Denmark, depending on who you listen to), the Selous Game Reserve is large - in fact the largest in Africa. Slightly to the north-west the Ruaha National Park was recently expanded to become Tanzania's largest national park. A safari here feels like you're going truly off the beaten track and into virgin territory.

Accessible by air, the Selous is still relatively untouched, and a wilderness of tangled jungle and meandering 'sand rivers', bar one - the vast Rufiji River - which winds its way majestically through the reserve all year round. The wild, rugged plains are home to everything from hot volcanic springs, 100 yard deep gorges and sporadic lakes to vast wooded escarpments and dry savannahs.

And that's just the terrain. With so much diversity the reserve is able to protect a phenomenally large mammal population including buffalo, hippo, wildebeest, zebra and impala. The local giraffe population is also so large that the Selous has been nicknamed Giraffic Park. Birders, too, will not be disappointed.

With all this food-on-the-hoof it's hardly surprising that there are predators aplenty in the reserve. The Selous lion are famous for their daylight hunting techniques, and wild dog, whose predatory needs have often led to them being shot by farmers, thrive in the boundless woodlands and savannah of the Selous.

Because the Selous is a game reserve and not a national park a larger range of activities are permitted. Boating safaris are increasingly popular and offer visitors a chance to see, up close, and in all its splendour, the diverse wildlife along the Rufiji River. Walking safaris, where guests track lions on foot and spend the night in fly camps, are an ideal way to explore the park and add a real touch of adventure.

Tucked away in the Central Highlands, the Ruaha National Park feels like completely virgin wilderness. Apart from a few isolated springs, the only real water source is the Ruaha River itself, meaning that during the dry season from June to November this acts as a major attraction for game.

Like the Selous, the real joy of Ruaha is a distinct lack of tourists, and thriving varied wildlife. Ruaha has one of the greatest populations of elephant in any African park, and the dry open hillsides encourage antelope and buffalo to gather into large herds which are in turn stalked by some of the largest prides of lion anywhere on the continent. This terrain is particularly good for seeing not only lion but potentially leopard, wild dog and numerous giraffe and zebra on a Tanzania safari. 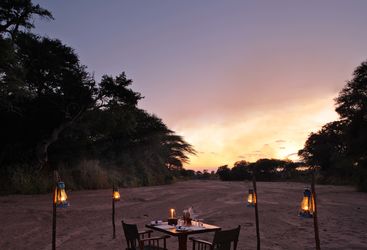 Superbly positioned right in the heart of the Ruaha National Park, Jongomero Camp lies on the banks of the seasonal sand river which bears the...
Find out more Add to Ideas+ 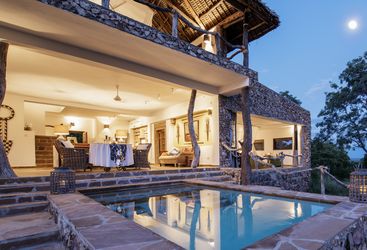 Beho Beho is a luxurious safari camp located in the northern part of the vast Selous Game Reserve.
Find out more Add to Ideas+ 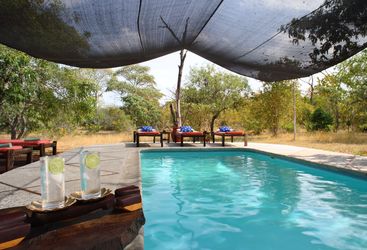 Siwandu is a luxury tented camp located on the banks of Lake Nzerakera in Tanzania’s vast Selous Game Reserve, the largest protected wilderness...
Find out more Add to Ideas+ 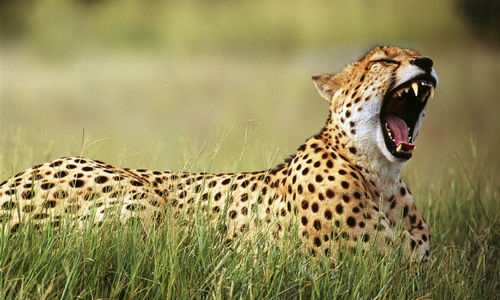 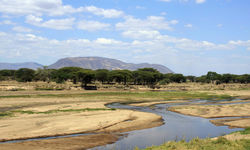 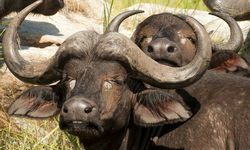 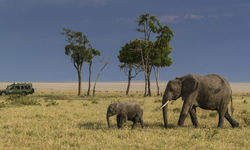 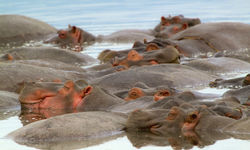 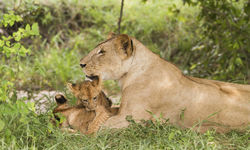 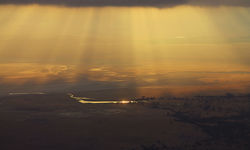 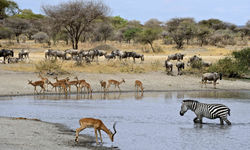 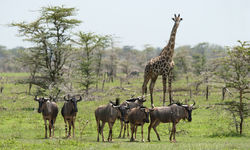 Original Travel Expert: Charlotte Cox
My highlight: The area is a paradise for those keen to get away from the bustle and the other tourists. You'll be able to explore vast areas of pristine wilderness by foot, 4x4, or even by boat.
Enquire now
Call us on: +44 (0) 20 7978 7333