These agile predators are most commonly found on the chase or reclining in a tree having just enjoyed a hearty dinner, making them a photographer's favourite. The thrill of spotting a leopard in the wild - always difficult due to their remarkably effective camouflage markings - is a sure-fire safari highlight. All but one leopard species, the African leopard, can be found in Asia, including in Sri Lanka, India and Malaysian Borneo. African leopards are found in virtually all of our favourite African safari destinations, but two of our favourite sighting spots are Sabi Sands Game Reserve in South Africa and South Luangwa National Park in Zambia. 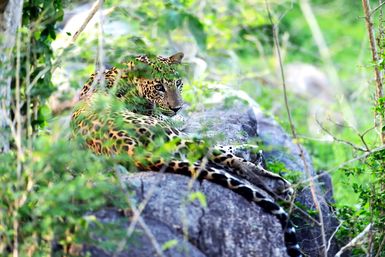 Leopards are more adaptable than many other big cats so live in a variety of habitats, from forests and mountains to grasslands and deserts, and are able to survive in more degraded habitats and much closer to human dwellings. This is most notable in Mumbai, where (as seen in the BBC's Planet Earth II) the highest concentration of leopards anywhere in the world live within the boundary of the Sanjay Gandhi national park, one of the largest protected urban forests in the world, where they (generally) live peacefully alongside humans. 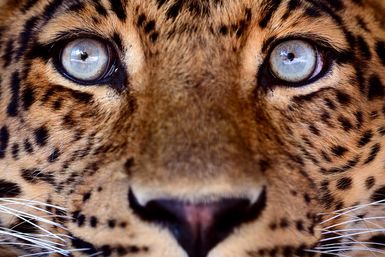 As nocturnal hunters, leopards need to have good eyesight and have consequently evolved with a thick line of white 'eye liner' (actually a line of fur) underneath each eye to help reflect more light into the eyes at night. We can arrange night drives in a private game reserve to give you the best chance of spotting an African leopard hunting. 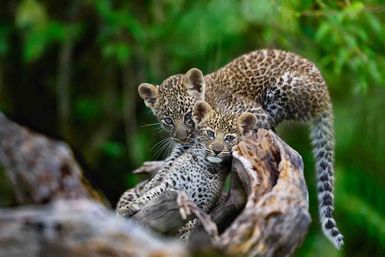 Leopards are solitary animals and once a cub reaches the age of two they will leave their mother to fend for themselves. For female cubs it's not all out on their ear though, as a mother will often cede a portion of her territory for her daughter to live and hunt in. 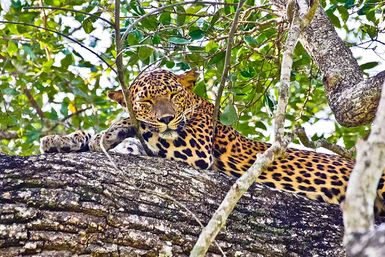 Much like a human fingerprint, every leopard's coat is completely unique; there are no family similarities and no set number of rosette markings. Consequently, this is one of the key ways researchers track and identify individuals. 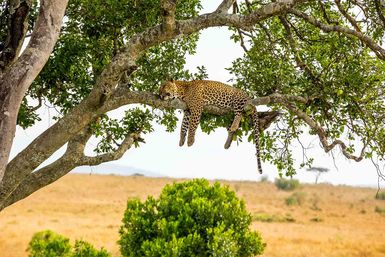 In Africa, the best chance of spotting a leopard on safari is in Sabi Sands Game Reserve in South Africa, Chief's Island in Botswana, or the South Luangwa in Zambia. Our top picks for Asian leopard spotting would be in Yala or Wilpattu National Parks in Sri Lanka in search of the Sri Lankan leopard; Ladakh in India for snow leopards; the Kinabatangan River, the Danum Valley and the Deramakot Reserve in Malaysian Borneo for the Sunda clouded leopard or in Jawai Bandh in India for the Indian leopard. Throughout the parks in Central India you will find some of the best game viewing in the country, which can be combined with village walks and other cultural experiences.

"Leopards are so well camouflaged that I guarantee everyone who has been on safari will have driven straight past at least one leopard without having the slightest clue they were there."
Eleanor Orr, Africa Specialist 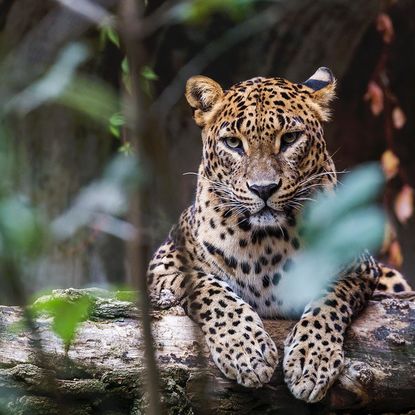 Average speed of a leopard running

Horizontal distance a leopard can leap

Approximate number that live in Mumbai

is our 'Leopards' expert and as a seasoned traveller has the inside track on the most memorable adventures.