The Victoria Falls has long had a reputation for being the adventure capital of Africa and for the more adventurous visitor there are plenty of adrenaline-fuelled activities for you to try your hand at between touring the Victoria Falls and taking a gentle sunset cruise along the Zambezi River from your luxury lodge.

One of the most popular activities is white water rafting down the mighty Zambezi River. These grade five rapids are internationally acclaimed for offering some of the best rafting in the world and we can arrange either a half or full days rafting which includes a picnic lunch. Another option is to try river boarding which involves 'surfing' the rapids on body boards accompanied by a qualified River Guide. Enthusiastic boarders stop at the various play spots along the way to surf, ride whirlies and 'squirt' - literally fly underwater. The only requirement is that you are reasonably fit and prepared to go for it!

If you have a head for heights, then why not try bungee jumping 111 metres off the famous Victoria Falls Bridge? With the falls behind you and the Zambezi River below, there is no bridge more scenic from which to throw yourself. Alternatively, launch yourself from the giant swing in the middle of the gorge and freefall 50 metres attached to a body harness. Sounds terrifying but we have been assured that it's worth it!

For those keen to get a bird's eye view of the Victoria Falls, micro-lighting and helicopter trips should be top of your to-do list. Go for the short and sweet 15 minute option or fly further down through the gorge for more breathtaking landscapes and be up in the air for 30 minutes. If you're out to impress, there's nothing more stylish than being scooped up in a helicopter on arrival at Livingstone Airport and taken on a scenic 'flight of angels' over the falls en route to your lodge. Very James Bond.

Other activities we can happily arrange are morning or afternoon elephant back safaris, great for the kids, and the thrilling new adventure of Jet boating through the gorge.

Queenstown, Shmeenstown. New Zealand's 'adventure capital' has nothing on the Vic Falls area, and it's a lot colder in NZ as well!

As Liuwa Plain is so remote and difficult to get to, one of the best ways to access this National Park is by travelling with an experienced safari guide who knows the area and his team of well trained camp staff. To make it more affordable, they run set departure safaris which run on fixed dates and take a maximum of six guests or will take up to eight guests if one wants to book a completely exclusive safari.

Robin Pope, one of the best and most accomplished guides in Zambia, led expeditions into the plain during the nineties but has not done so for ten years. He has never lost the yearning to return and so in December 2008 he started up safaris to this wilderness again. The camp is based at the African Parks camp Matamanene Camp, a 3* camp however providing the usual 5 star service that one would expect on a Robin Pope safari. Each safari is either 4 or 5 days and operate either in late November for 2 weeks or from May to mid June.

From Lusaka, you take a charter flight to Kalabo which will take between 1.5 and 2.5 hours depending on the aircraft. The first half of the flight is over the extensive Kafue River flats - with water, reed and channels as far as the eye can see. After flying over the Iteshi Iteshi dam the landscape changes to sandveldt bush. Then you will see Mongu to the left and the Zambezi River and its surrounding flood plain. Kalabo is a further 10 minutes. You will be met by Robin or his guide and driven to the pontoon to cross the Luanginga River. The harbour seems to be the centre of this remote town and there is plenty of activity to watch. The drive to camp is two hours, firstly through woodland on sandy roads and then out onto the open plain. The game and birds will start to slow you down!

After settling in, lunch and a rest, the afternoon drive will take you out onto the plains. There will be a host of birds and wildlife to see. Sunset will be out on the plains accompanied with a well earned beer or G&T. You will then head back to camp for showers, the campfire and dinner.

Exploring the plains and woodlands is an amazing experience. Robin or his guide will take you out and with them you can either walk or drive. There are lagoons and waterholes, literally filled with birds. There are miles of open plains to drive through, finding a host of wildlife. The pattern of the days will vary but will be based around an early start with a light breakfast, returning for an early lunch. A siesta before afternoon tea and the afternoon drive. A sundowner out on the plains and then returning at dark to camp.

A great addition to this safari, is to extend to some time spent on safari at one of the camps in the South Luangwa National Park.

Walking Safaris in the South Luangwa

Embark on an exhilarating journey - accompanied by expert guides of course - tracking animals on foot and getting up close and personal to them. So close in fact that you can almost touch them (while always maintaining a safe distance of course!).

Sometimes it's worth changing down a gear. Rather than race around in a 4x4 on safari, spend several days fully immersing yourself in the wilderness on a mobile walking safari in the South Luangwa National Park. Learn about the varieties of plant life, stop to appreciate remote landscapes and follow animal tracks to get close (but not too close) to the resident Big Five, with nights spent in a mobile tented camp. This is all about slowing down and taking time to appreciate quite how incredible the African bush really is.

The South Luangwa National Park is famous for its walking safaris, and the expert guides know the area like the back of their hand.

Things to do In Zambia 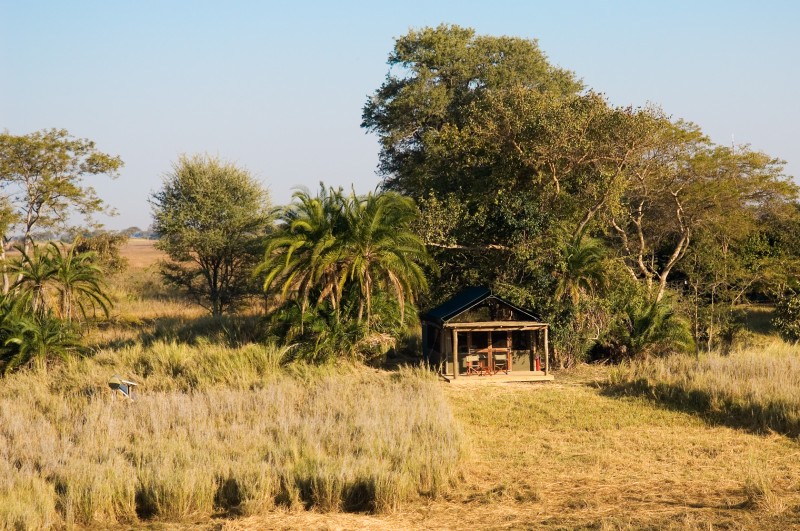 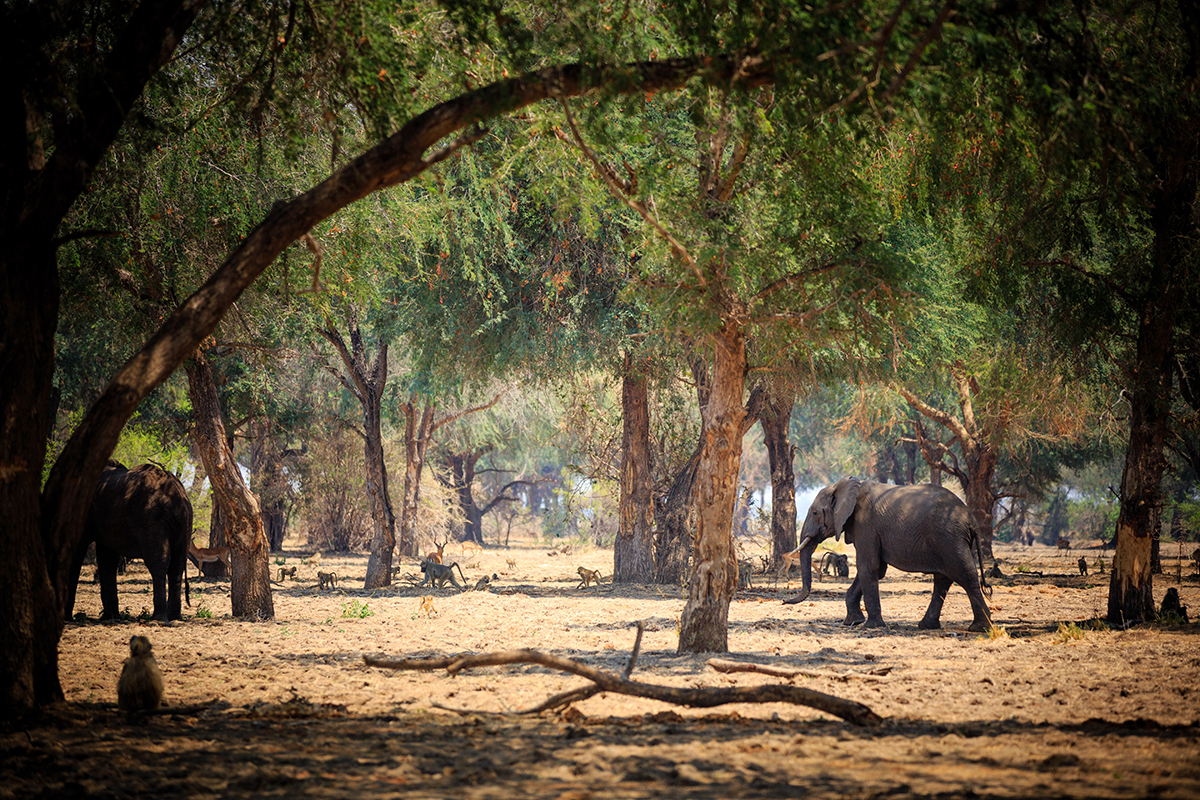 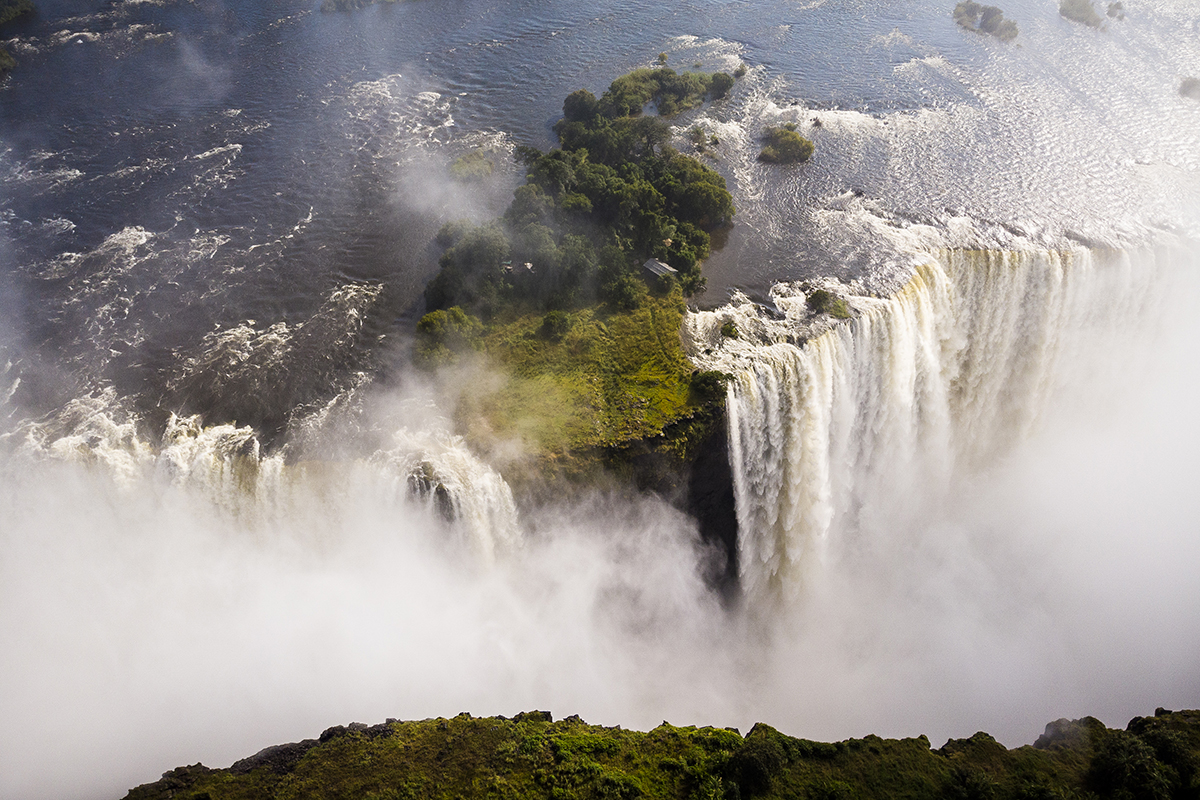 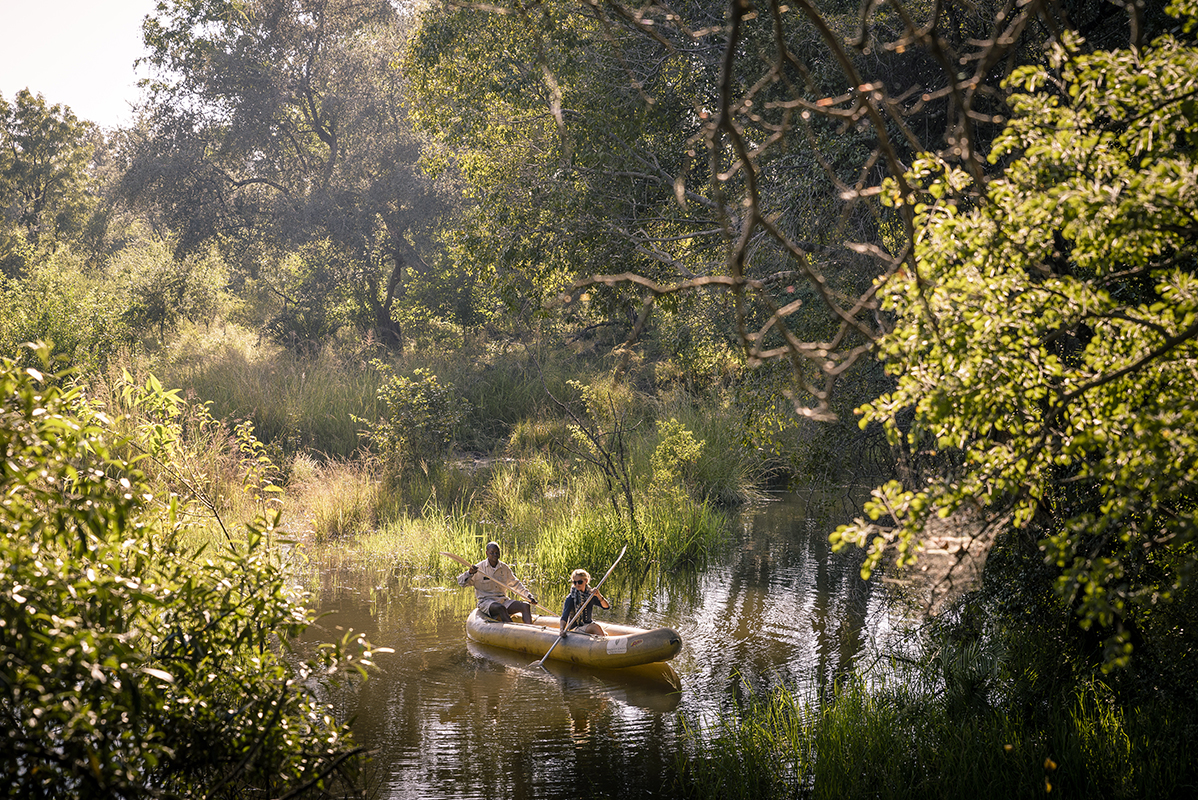 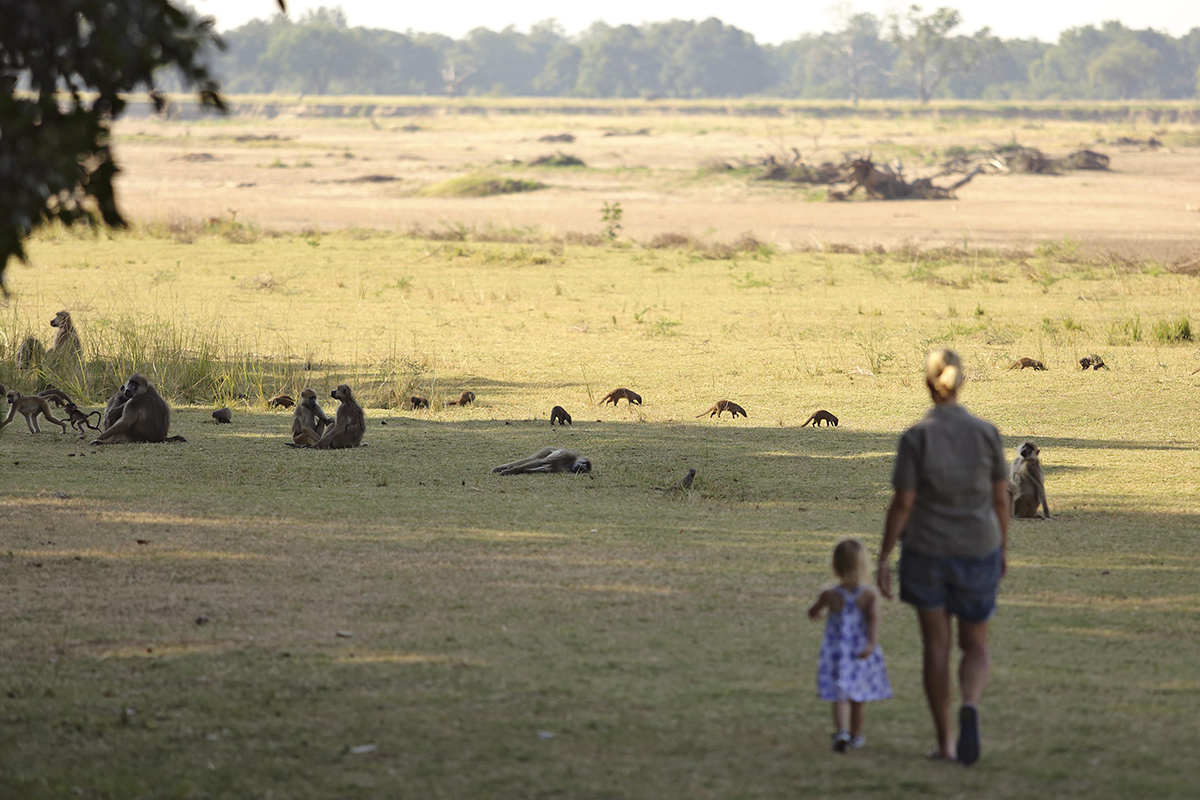 Explore the South Luangwa National Park, the so-called 'Valley of the Leopard' 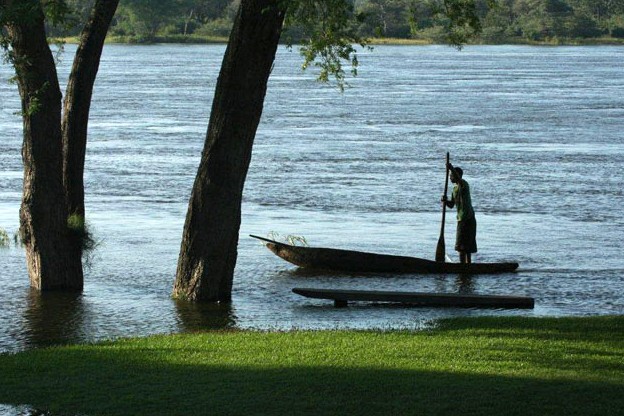 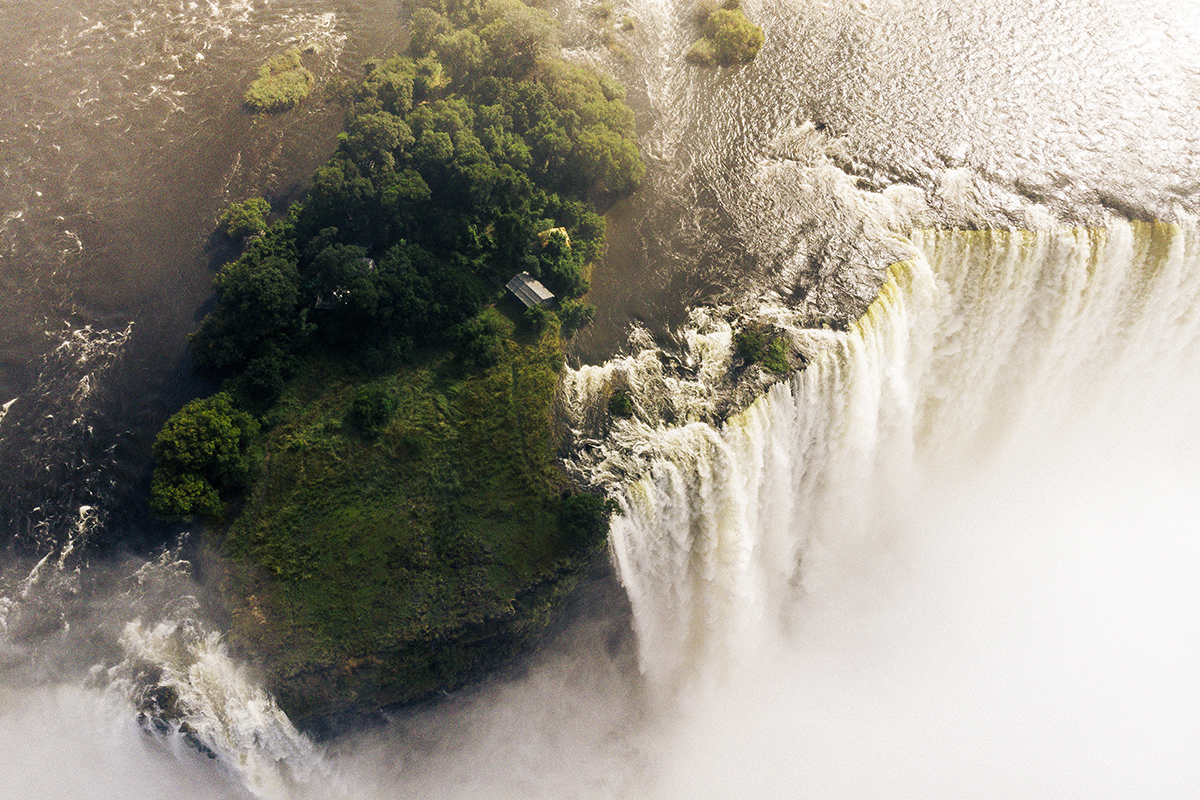 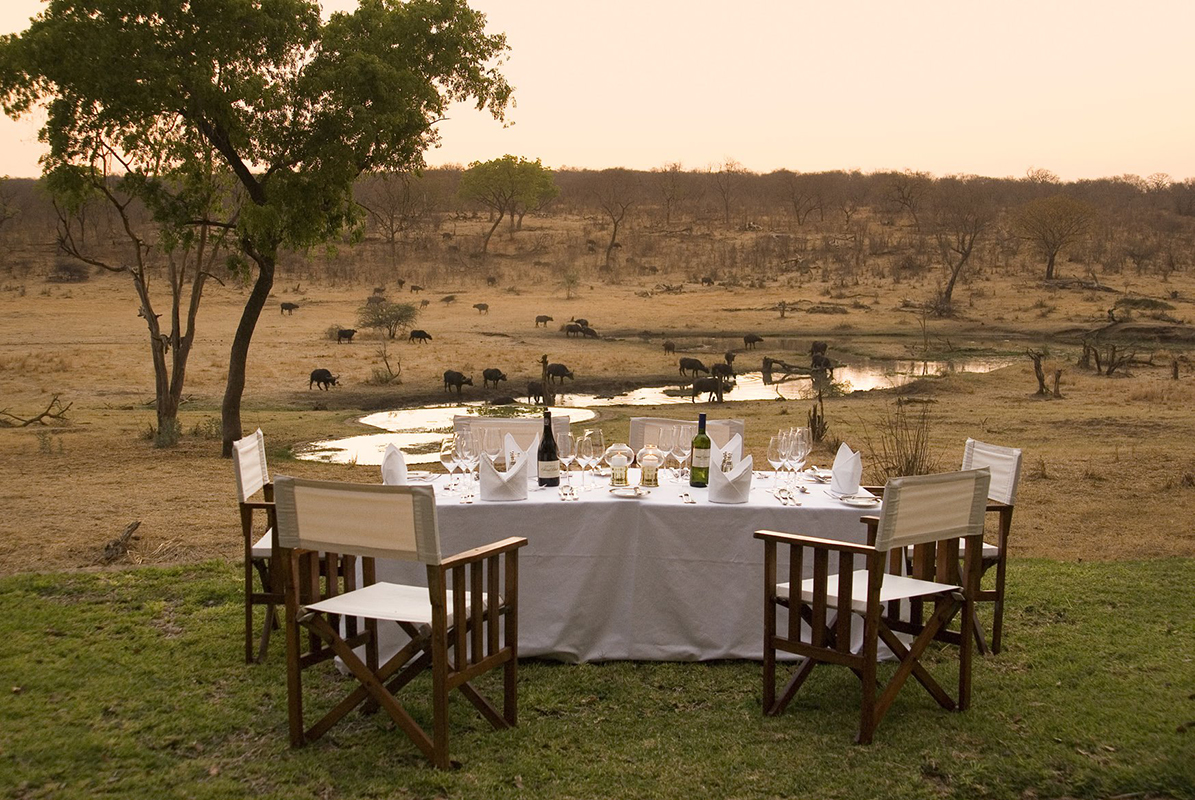 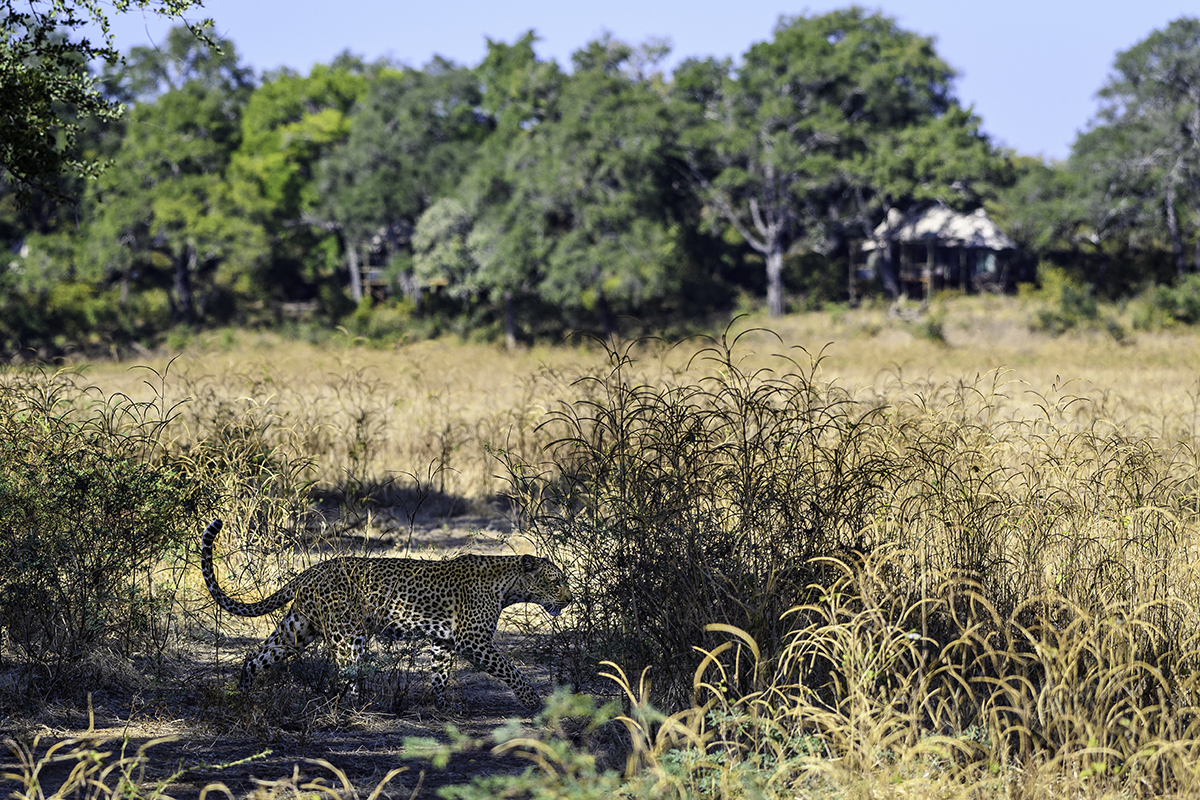 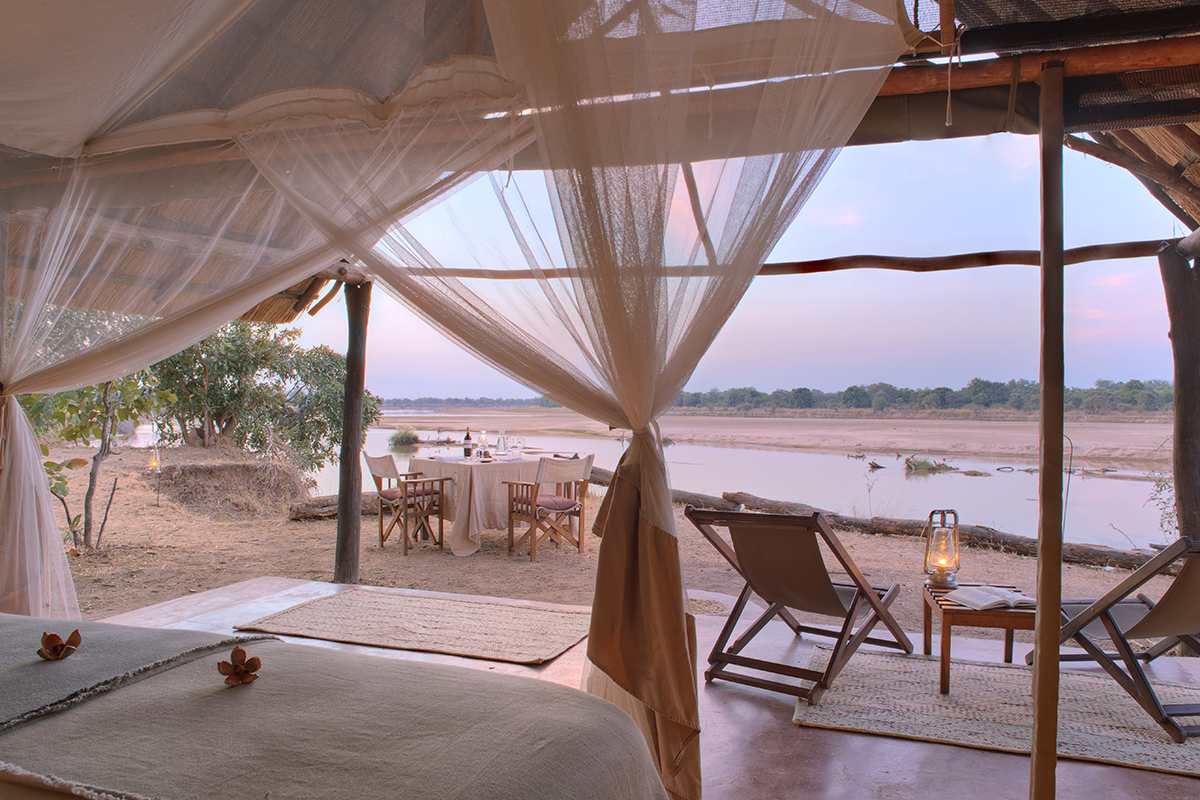 Wildlife and Waterfalls in Zambia

Cameras at the ready to spot lions, elephants, hippos, wild dogs and all manner of amazing wildlife on a safari in the South[...] 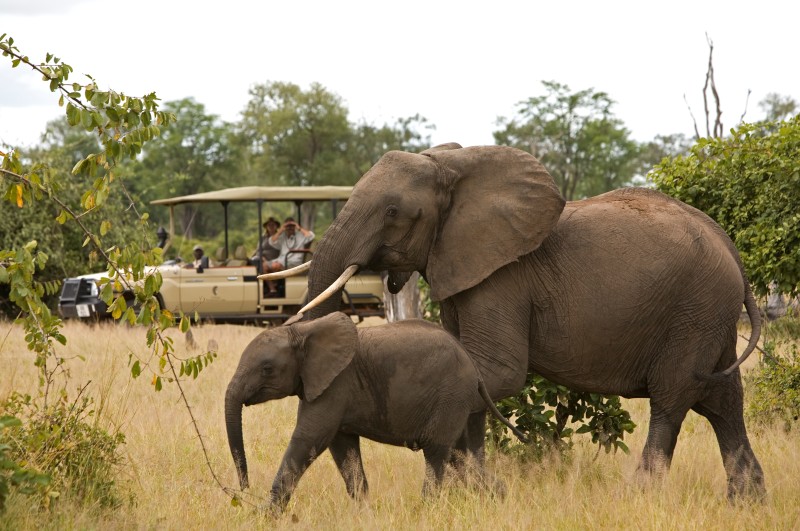 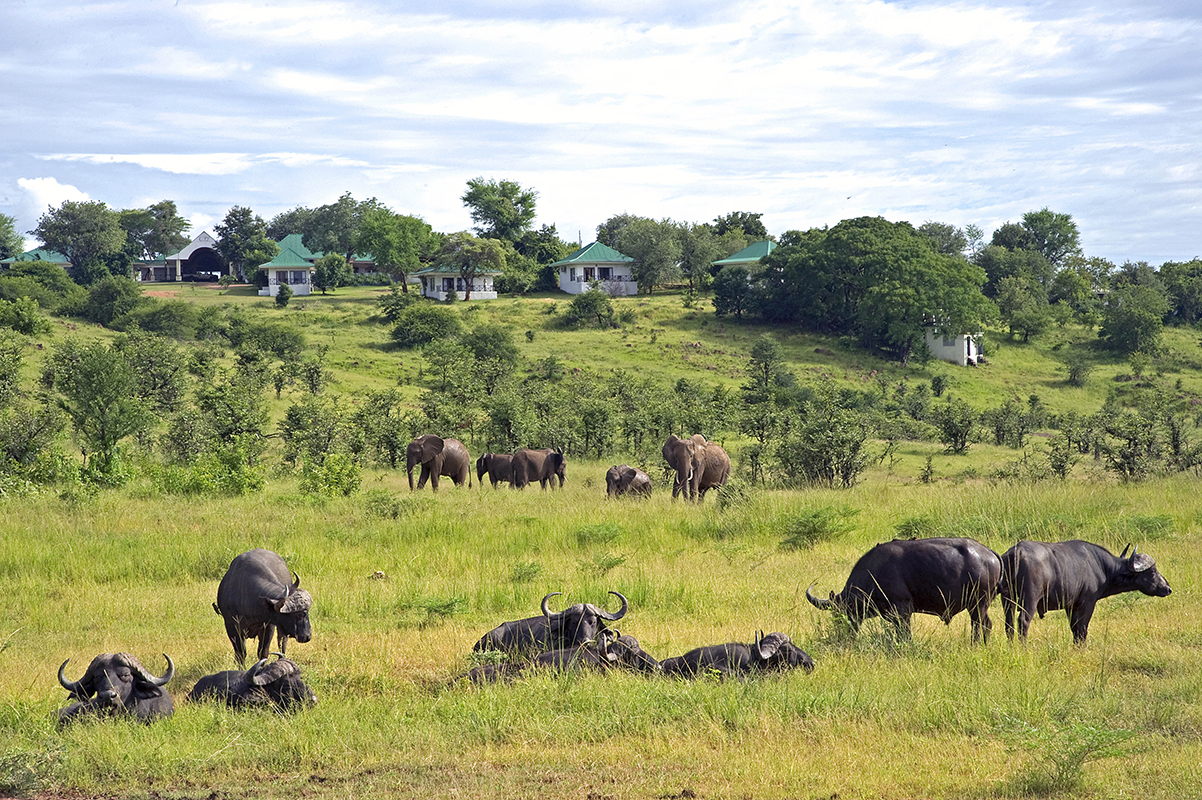 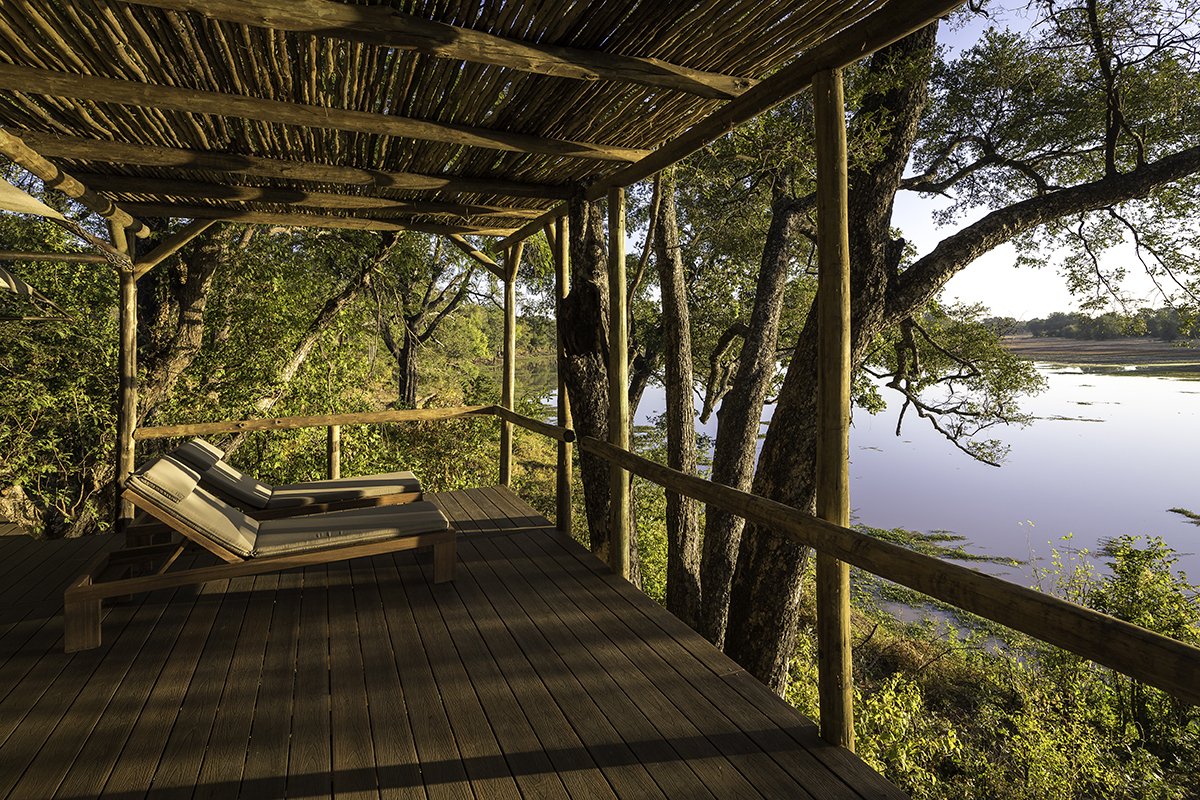 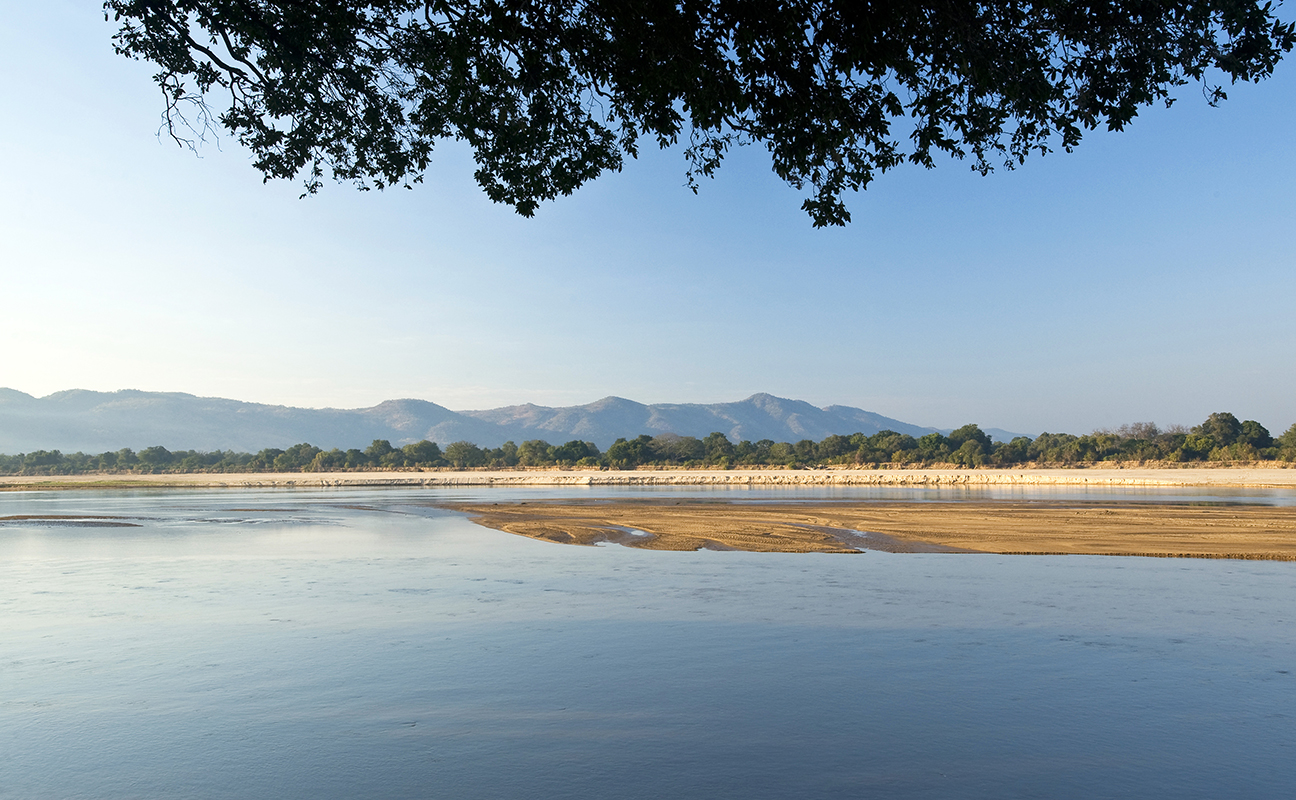 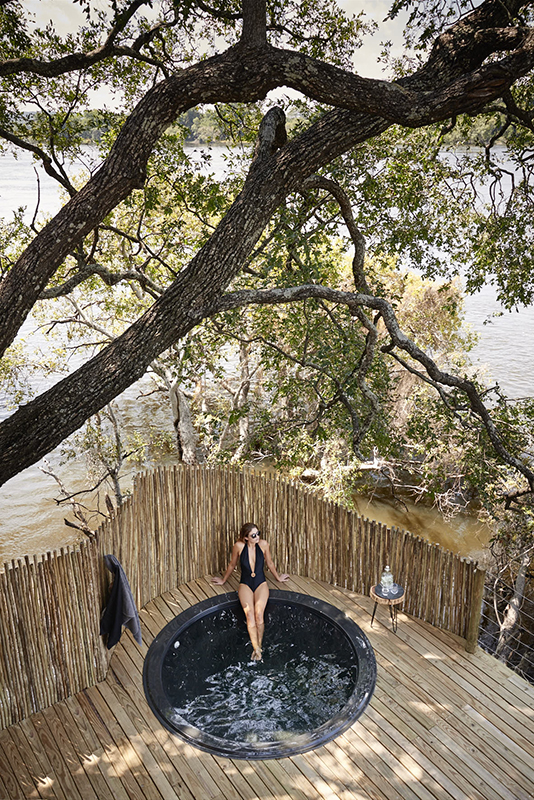 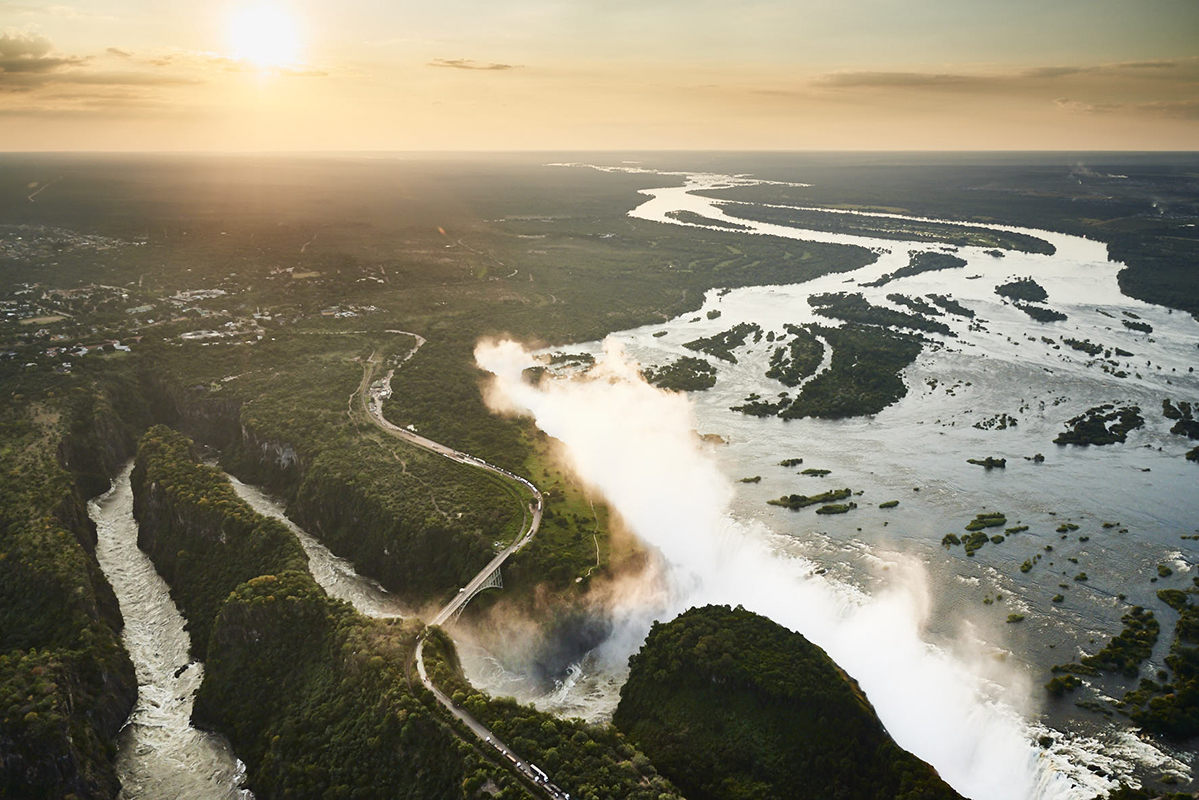