Our Top Seven Destinations for 2017

Christmas is over, 2017 is here and so far January is (unfortunately) living up to its reputation as less than a favourite: New Year blues and distinctly British weather. In fact one of the only things it is good for is planning your getaways for the year ahead, and that's where we come in. Whether it's finding a perfectly secluded beach to relax on, the best safari lodge from which to track the wildebeest migration or the most clued-up guide to lead you on a cultural tour, our team of experts is on hand to create your perfect holiday. And our first mission of the year is to bring you a collection of the hottest destinations for 2017. Here are a few of our favourites...

Mexico's rich history of Mesoamerican Empires and Spanish colonisation has resulted in a huge mish-mash of peoples and culture within its modern populace. Each region has its own distinct identity so to travel here is often to feel like you've visited a number of different countries in one. Highlights for us include the Mayan ruins, jungle and wildlife of the Yucatan Peninsula, the UNESCO-protected food of Oaxaca and the dramatic coastline of Baja California.

Iceland is the very definition of quirky; a land where the majority of people believe elves exist and puffin heart is considered a delicacy. And that's just the people, the landscape itself is full of surprises - think geysers, fjords, glaciers and the odd new island popping up every so often. To get truly off the beaten track in 2017 head to the Westman Islands where you can visit puffin colonies aboard an inflatable RIB, go on lava flow walks and watch the traditional sport ofsprangan, which involves rappelling from cliffs.

Indonesia's 17,000 islands largely comprise looming volcanoes covered in swathes of rainforest or glistening rice terraces, dotted with small villages which give way to beautiful beaches and clear blue waters. Such a varied and interesting landscape means Indonesia is ripe for adventure - trekking, cycling, diving and exploring by traditional horse and cart are all star attractions here. That's before we've even mentioned the hundreds of temples and historical sites, the delectable cuisine or the quality of the hotels. The full package.

Oman has managed to strike the perfect balance between past and present, retaining its cultural traditions and rugged beauty (no over-development here) while also presenting a feeling of understated glamour and modernity, particularly in the capital Muscat. Unlike many of its neighbours, Oman is blessed with a spectacular natural landscape of sleepy coastline, wild desert and soaring mountains. if you're looking to get a little more off the beaten track, Salalah, a lush oasis in the south, is beginning to open up to luxury travellers with one new hotel opened and more to come in 2017. Perfect for families and couples alike, Oman is generally best enjoyed during our winter so if you're in need of a Vitamin D fix before summer, look no further.

Italy remains one of Original Travel's all-time favourite destinations for good reason, just picture the rolling green hills of Tuscany and Umbria, the clear azure waters off the Amalfi Coast, the pristine white snow of the Dolomites and the iconic architecture of Rome and you'll know why. And then there's the food, which is universally accepted as the best in the world; cured meats; artisan cheese; fresh seafood; gelato; pasta and yes, a fair amount of Prosecco. La dolce vita indeed.

If there's one cliché that's true about South Africa it's that it offers the world in one country, quite literally ticking every holiday box imaginable. South Africa is the size of Spain and France combined and within this vast land you'll find everything from mountains to deserts, wildlife to city life, beaches, forests and savannahs. The minimal time difference from the UK also means it is ideal for both short and longer breaks, and families as well.

You can barely mention the USA these days without Trump-talk coming to the fore but no matter your political opinion, the States remains a wonderful and diverse destination. To the north you'll find (among other things) the world's largest protected wilderness area in Alaska, while to the south you'll find cities permeated by music (New Orleans and Nashville take a bow) and the forest-covered peaks of The Great Smoky Mountains National Park. Speaking of National Parks, the great outdoors doesn't get much greater than the 58 National Parks spread across the country (Yosemite being another particular highlight). The food and wine ain't bad either... 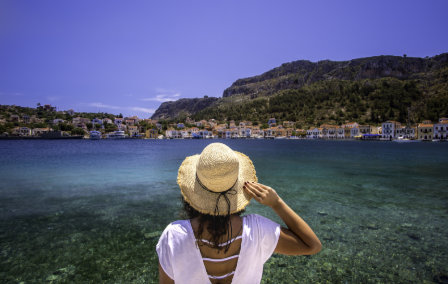