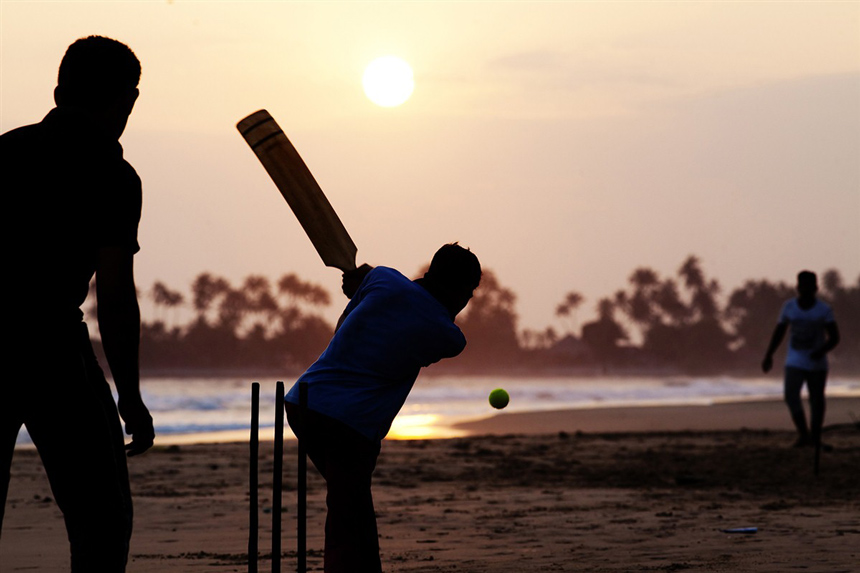 From sandy beaches to tea plantations via imperial cities and vibrant temple complexes, discover Sri Lanka and its fun and adventurous feel. This is the island of joy and smiles, simplicity, nature and spirituality, with a host of treasures to explore at a leisurely pace.

Leave Colombo Airport and go towards the south of the island, following the coast. En route, fix your gaze on the Indian Ocean as it glows under the setting sun. As soon as you arrive in Galle, put your suitcases down and forget about them. A trip to Sri Lanka is like a beginner's guide to the secret of slow travel, a lifestyle that can be difficult to master for some, but the island's pulse imposes a calm, distinctive rhythm, which visitors need to learn to tap into

Galle is the gateway to discovering Sri Lanka's great southern beaches. The ambience of this coastal town is both exotic and soothing, with a hint of old European charm to its decrepit feel. Art galleries and cafés brighten the streets of this timeless town, while a 17th century church is a reminder of the Dutch presence on the island back when the city was Sri Lanka's first port. Walking along the ramparts of the fort offers stunning views of the bay and ocean. Striding along these solid colonial remains at dusk is one of the most enjoyable walks in the area.

Continue along the sandy beaches, and dive into the warm, clear waters, washing away any weariness. As night falls, watch the local fishing ritual, where dozens of men join forces to bring their long nets up on to the beach. Shouts and songs bring the men together in their group rhythm, as a crowd gradually forms around them. Their catch of the day is sold on site, with the first arrivals getting the best pick.

Then head further along the coast towards Tangalle. There, meander along sparsely-visited beaches; explore lush vegetation guarding hidden  temples; enjoy candlelit dinners in flower-filled gardens overlooking the sea. Tangalle is an invitation to rest and be lazy. As hard as it is to leave this little piece of paradise, you're here to discover Sri Lanka.

Move away from the coast and go deeper inland, leaving the ocean behind to head towards Ella. A few hours later, you'll reach a pretty village perched in the mountains. From here, the view across the valleys in the Uva province is stunning. Walk for hours through tea plantations, meeting Tamil pickers who will gladly pose for the camera. From Ella, board a small train to Kandy, and enjoy the beginning of a fabulous journey through the country's central region.

Get settled in first class and take advantage of the panoramic windows at the end of the train. Watch villages slide past, forests hanging from the mountains and waterfalls pouring into valleys. Heady scents rise from the hills and rush through the old windows of the carriages. Doze for a while, lulled by the gentle clackety clack of the train, with its varnished wood interior reminiscent of 19th century English elegance. 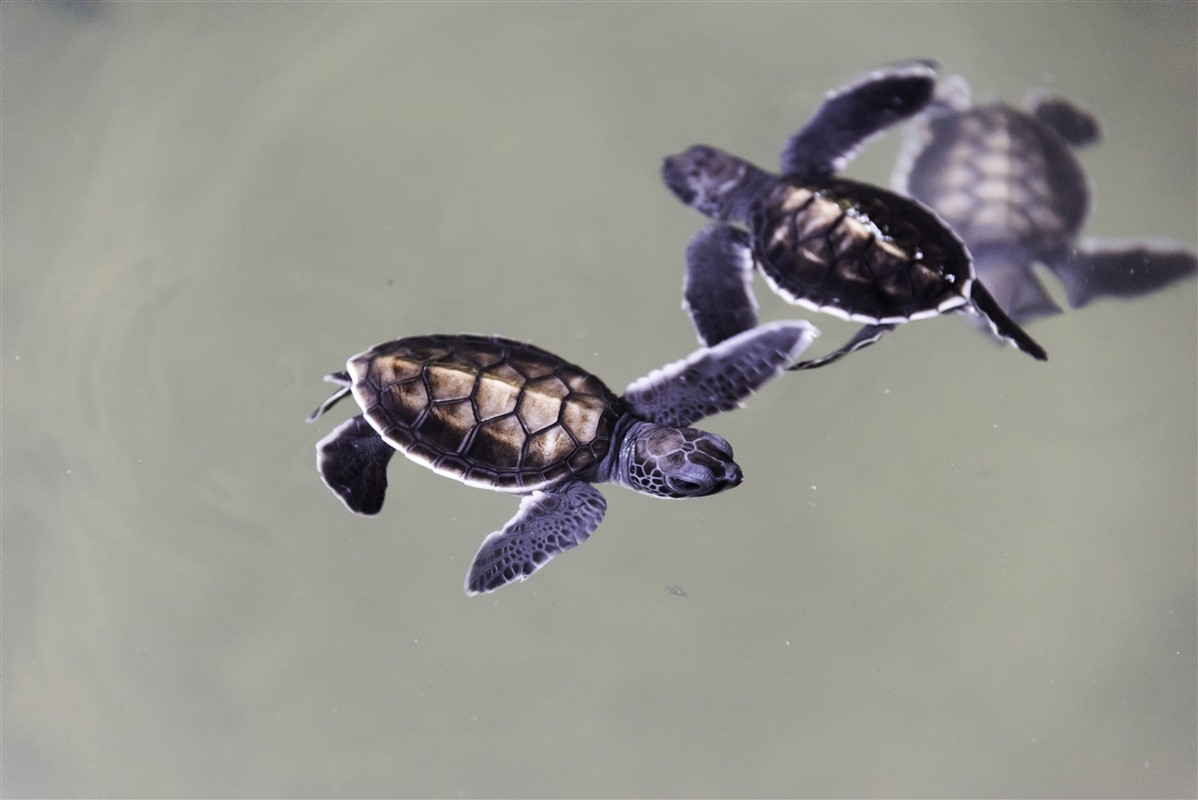 Wake up in Nuwara Eliya. Leave the station and settle into your hotel. Choose a typically English establishment, such as the Hill Club, and reflect on the city's colonial past. Known as ' Little England ', this city has a temperate climate and retains a surprisingly British ambience, with its Victorian red brick post office and tidy golf course subtly blending into the landscape of rolling plantations.

Two and a half miles east of Nuwara Eliya is the Pedro plantation's former tea factory. Built in 1885, this ageing building has retained its 19th century machinery and old-fashioned atmosphere. Upstairs, the tea leaves that dry on jute mats spread a sweet smell that follows you throughout this exciting tour to learn the manufacturing secrets of an industry that is more than a century old, and remains one of the country's most important.

Leave nostalgic Nuwara Eliya behind and travel onto the proud city of Kandy. Capital of the mountain region, Kandy remains the country's Sinhalese cultural and spiritual centre. On some days, the sky remains stubbornly cloudy and the mist clings to the hills surrounding the lake in the centre of the city. Then the breeze might scatter the fog, revealing picturesque houses among the woods, the botanical garden and Temple of the Tooth.

This great place of pilgrimage contains the country's most sacred relic: one of the Buddha's teeth that was allegedly stolen in 483 BC and brought to Sri Lanka in the fourth century, hidden in the hair of a princess. It is in honour of this sacred molar that the Esala Perahera, Festival of the Tooth, is celebrated every summer. A huge procession of elephants, drums and dancers delights the city for a month, with the celebrations coming to an end under August's full moon. While the festival has lost momentum in recent years, it's still one of Asia's most exciting.

Restart your tour of the north and plunge into the country's long history. After the old-fashioned charm of the colonial era, it's time to soak up the unobtrusive splendour of the imperial era. Polonnaruwa, Sigiriya, Anuradhapura... enchanting names that were once known throughout Asia. Follow in the footsteps of their past glories as you discover the so-called Cultural Triangle. At Sigiriya, climb the steep steps to the top of Lion Rock. This imposing red monolith dominates the jungle from all sides and houses the ruins of the ancient capital of King Kassyapa (477-495 AD). In Polonnaruwa, stroll among the Vedic monuments erected by the Chola dynasty and the monumental ruins of the fabulous garden city, created in the 12th century by Parakramabahu the Great. Finally, in Anuradhapura, visit the palaces and monasteries of this former imperial capital, abandoned following invasions and left for centuries to be subsumed by jungle.

There is so much to discover in Sri Lanka, every holiday there feels special, with a thousand and one new memories made, and it's hard to know what part to adventure to next . Why not continue the adventure east to Trincomalee, with its long sandy beaches? Try some tasty Tamil  curries and immerse yourself in the buzz of the local Hindu temples.   It's your turn to write the rest of the story.

In Galle, stroll through the old Dutch fort ; see the incredible wildlife at Yala National Park ; laze in a hammock in Mirissa or Tangalle ; in Horton Plains National Park, walk into the enchanting mists of World's End; travel peacefully by train through the mountain region; enjoy a cup of tea in the middle of the Haputale  plantations; head to an Ayurvedic retreat ; ride an elephant in Habarana ;  feast on fish on the beach at Uppuveli; in Colombo, sip a Margarita at the Galle Face Hotel overlooking the ocean; climb Adam's Peak  and watch the sunrise over the surrounding valleys from the top of this sacred mountain.