Lucy and Charlotte C are here to help give you the inside track.

Original Travel has exclusive access to the private camps on the beach near Salalah and the Empty Quarter.

The first stop is Mirbat Beach, which is found in a deserted cove just along the coast from Salalah. After a lunch of fresh seafood, there's the chance to snorkel over vibrant corals, go boogie-boarding or join a fishing party.

The evening is spent around a campfire on the beach before supper under the stars and overnight in a comfortable tent.

The next day can either be spent relaxing at the beach camp, or visiting several sites of historical interest around Salalah, including Job's tomb, the Mughsayl blow holes, Al Balid (the ruined city once visited by Marco Polo during his travels), Khor Rawri (thought to have been the Queen of Sheba's palace), Mirbat with its traditional merchant houses famed for their intricately carved doors and windows, the fort and mosque at Taqah, and the ruins of the fabled Lost City of Ubar.

The harif monsoon hits the Salalah during the summer, leaving a bizarre spectacle of lush greenery and waterfalls just a few hundred yards from arid desert landscapes. 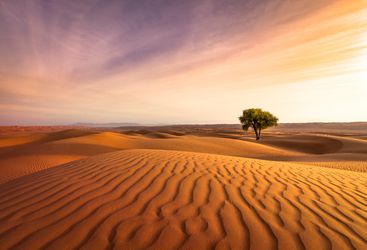 Best for: Couples and Honeymoons
Romantic Arabian Nights Adventure in Oman
This 15-day tour is a fantastic fusion of glorious locations for the perfect romantic getaway. Enjoy a stay in a luxury beach hotel in Muscat,...
15 Days
From £9,725pp

Places to Stay in Salalah & the Empty Quarter 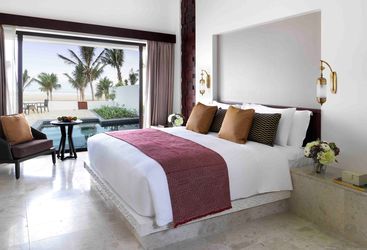 Middle East > Oman > Salalah & the Empty Quarter
Anantara Al Baleed
This beach-front oasis is the first luxury hotel in Salalah and the hotel has been designed to reflect Dhofar’s rich heritage.
Find out more Add to Ideas+

Isabel is our 'Beach ' expert and as a seasoned traveller has the inside track on the most memorable adventures.