Gansu Province is an ideal 'deeper cut' destination for those seeking a truly original Chinese experience beyond the more obvious highlights. This linear province gained wealth and prominence over the centuries thanks to its strategic location along the northernmost strand of the multi-route Silk Road linking Han China and Central Asia. Several of the destinations along this ancient route correspond to Gansu's most interesting places to visit.

Following the Silk Road from east to west through Gansu, the first recommended stop is actually a natural, rather than man-made phenomenon, but no less impressive for it. The place in question is Zhangye Danxia National Geopark, home to an extraordinary landscape of vividly striped hills known as the Rainbow Mountains and formed by different layers of colourful sediment that have been bent into dramatic vertical stripes by seismic activity over millions of years. It's the sort of spectacular landscape that would be an Instagram smash hit if it was somewhere more accessible.

One step further west, where the Taklamakan Desert (meaning 'those who go in, never come out') begins in earnest, sits Jiayuguan, home to the crowd-free westernmost section of the Great Wall of China in an area that's home to genuine desert, towering sand dunes and Bactrian (two humped) camels. The Chinese believed that no marauding army from the north would dare try to circumvent Jiayuguan through such hostile desert and while much of the wall here has been almost over-repaired, you can still get a very real sense of what life must have been like for a garrison stationed at the far end of an empire.

Next stop ought to be Dunhuang, at one time a major Silk Road hub that grew around an oasis in this desert landscape. The local cliffs are also home to a series of caves known as the Mogao Caves full of intricately painted Buddhas hewn from the rock across many centuries dating back to the 4th century AD. Some of the Buddhas are enormous, including one over 100ft tall, making it the third tallest Buddha in the world. The statues are fascinating representations of the transmission of ideas and religious beliefs along the Silk Route, and Dunhuang was an obvious place to make offerings to the gods before travellers heading west had to choose whether to go around the top or the bottom of the Taklamakan Desert.

Off the Silk Road entirely, and representing an entirely different civilisation, is another of Gansu's highlights: Xiahe. This picture perfect and living Tibetan Buddhist monastery town offers an insight into how the greater Tibetan empire must once have operated, and your guide can explain the basic tenets of a religion almost unchanged in over a millennium. Watching the novice monks spinning the monastery prayer wheels as they process around the site is a magical and meditative experience, as will be your entire stay in Gansu. 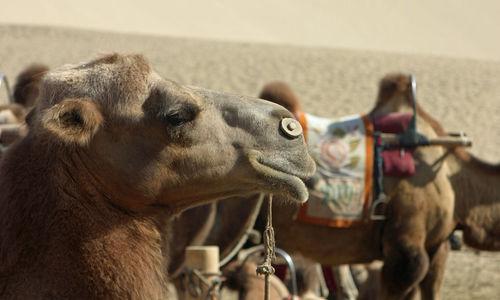 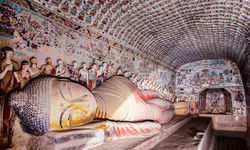 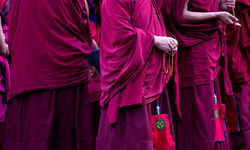 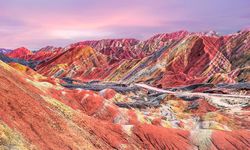 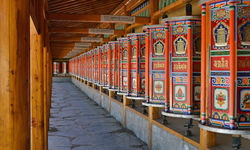 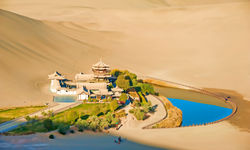 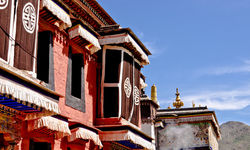 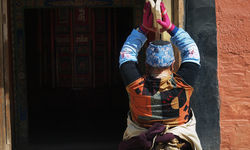 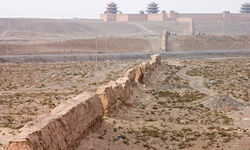