Weird and Wonderful Wildlife: Five Animals You Can Only See In... 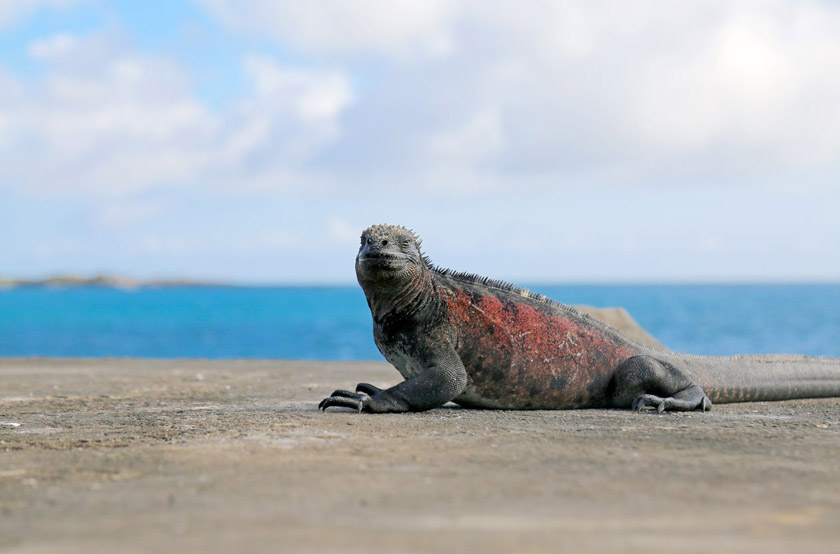 If you've ever played a game of Top Trumps you'll know the rarer the superhero, character, or animal, the better. Start collecting your own series of trump cards by making it your mission to spot some of the weird and wonderful wildlife on this list, each of which can't be spotted anywhere else on the planet.

Almost as rare as the fire breathing dragons of our favourite fairy tales, the komodo dragon can only be found on a scattering of islands around its namesake Komodo. Surprisingly speedy and frighteningly fierce these large lizards have venomous saliva and can weigh up to 300 pounds. Accompanied by an expert guide, pry on the predators from a safe distance and then retreat to your island hopping cruise or luxurious hotel on one of the nearby islands.

Made famous by Dreamworks' King Julien, Madagascan lemurs are some of the country's most loved and most vocal residents. In fact, you'll usually hear them before you see them, calling to each other from the forest treetops before bursting into a locomotive dancing frenzy. Keep your eyes peeled for our favourite species which include the ring-tailed lemur, a.k.a. King Julien, and the indri lemurs with their panda like markings.

Anyone who's planning a trip to Australia wants to come home saying they saw a kangaroo, quite frankly it would be simply wrong to miss them off your itinerary. But worry not, with over 44 million of these bouncing, boxing, beauties in the wild you shouldn't be too hard pushed to find one. For a totally memorable experience we suggest forgoing the wildlife parks and heading instead to Kangaroo Island, where you'll spot numerous kangaroos happily hopping around in their natural habitat.

Pretty they ain't, but what marine iguanas lack in the looks department they certainly make up for in their ability to withstand the tests of time and evolution. As the only lizards able to live and forage at sea they are often spotted with white 'wigs' in the Galapagos. What might at first appear a comical addition to their gruesome faces is actually the result of their ability to clean their blood from extra sea-salt, expelling it via their noses and so resulting in their famous hairdos - now that's cool!

With their long pointy beaks, little round bodies and inability to fly, kiwi birds are undeniably cute, sadly they are also highly endangered and at risk of becoming totally extinct. Thankfully there is some great conservation work going on in New Zealand to ensure the Kiwi people keep their namesakes around. Visit Cape Kidnapper's Lodge and join the discovery walk to help guides check up on and track the resident wild kiwis in the neighbouring pine forest.