The Malay Peninsula has much to offer, to begin with a pleasant year-round climate and an exceptional natural heritage combining heavenly beaches and impenetrable jungle. There are plenty of reasons to visit Malaysia...

The small 19th-century mining concession has changed a lot. Today in the uber modern city of Kuala Lumpur, you can have a fish pedicure at a spa, then listen to David Guetta mixes at the opening of the Sepang motorcycle Grand Prix and finally let your taste buds tingle with a stay on the terrace of the Bintang night club district. Yet a few streets away, you could have a pot of noodle soup in the Chinese neighbourhood in the night market, or a cari (curry) in the spicy streets of Little India lit with a thousand candles for the Festival of Lights, in front of the Victorian of the station: Kuala Lumpur blends with the past. A melting pot of Malay, Chinese and Indian culture infused with Portuguese, English and Dutch colonial vibes. To extend this journey back in time, head to Malacca, a former sultanate founded in 1403 by a Hindu prince of Sumatra, which became the most important trading post of the time when tin, spices and silk were traded. At Town Square, around St. Paul's Church, you can still hear conversations in cristao, an ancient Portuguese Creole. The Chinese presence is marked by the large Baba Nyonya community, born from the union of the first Fujian immigrants with the Malays. In the state of Penang, in George Town, the British charm is linked to that of the Kongsi, houses of the Chinese clans including the famous Khoo Kongsi. Further in the distance: the Cheong Fatt Tze (blue house). Despite its architectural riches, Penang chose to display a palm tree on its flag. An undeniable sign that Malaysia's most beautiful treasures are elsewhere, in nature.

The Langkawi archipelago plunges its limestone pinnacles into the Andaman Sea. According to a legend (there are many in Malaysia), this is where the mythological bird Garuda made its nest. Emerald sea, ivory necklaces overlooked by jungle, secret coves, waterfalls and natural swimming pools: a true Eden. At Bon Ton Resort, sample fresh mango, practise golf and escape into the mangrove. On the west coast of the country, ideal from November to April, rare pearls are collected. In the Strait of Malacca, you can be an upscale Robinson on Pangkor's private island. Fishermen's villages lined with jungle, paradise bay, and coconut on top: the Pangkor Laut hotel and its wonderful spa. For the active: yoga, tai chi, trekking, go game fishing and of course snorkelling. However, the most beautiful backdrops lie on the east coast of the peninsula, to be visited from April to October. Sea swept islands in the China Sea, such as Tioman and its emerald waters, Kapas, birthing ground for turtles and finally the Northeast Islands: Lang Tengah and the Perhentians, paradise for novice and experienced divers, where dendrophyllias (stony cup corals) blossom under the gaze of bar jacks and hammerhead sharks. 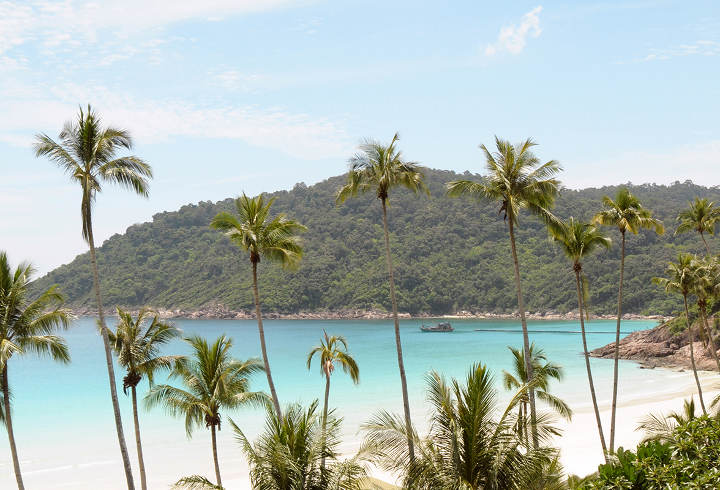 On land, too, nature thrives in Malaysia. 70% of the peninsula and 85% of Sarawak and Sabah on Borneo are covered with primitive forest. In the centre of the country, Taman Negara Park is a true jungle book region: it has the tallest tropical tree (262ft) and the largest (carnivorous) flower in the world, the rafflesia: up to three feet in diameter and 15 pounds! Wild orchids, red hibiscus (the national emblem), bicolour ferns: a total of 800 species. Walking under the fruit trees, spot a whole host of different types of butterflies (900 in total). 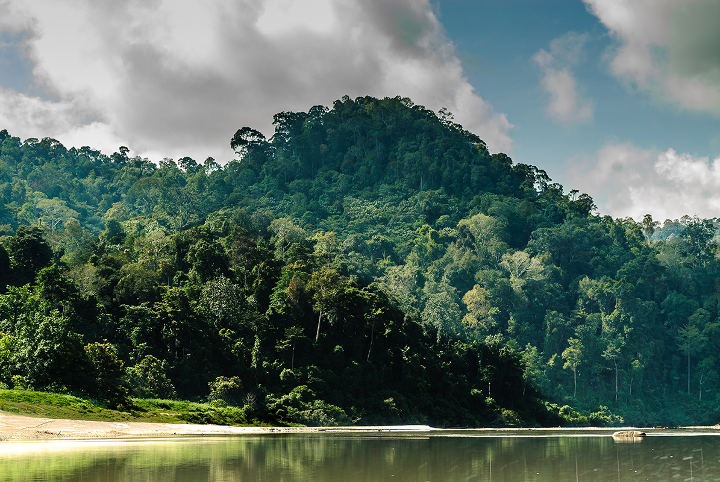 The red hornbill is a national mascot with a curved beak surmounted by a red helmet. Side by side are bulbuls, crested hornbills and toucans: Malaysia boasts more than 600 species of birds. Reptiles, bats, tapirs, elephants, rhinos and monkeys also inhabit this forest where you can glide in silence, by boat. For total immersion on your visit to Malaysia: head for Borneo. Sabah and Sarawak, the two states located on the north of the island, are essentially nature reserves to see wildlife on location. In Bako National Park you come nose to nose with the proboscis monkey and in Sepilok you can greet your cousin, the orangutan. After a few hours in a canoe on the Lemanak River, enter the territory of the Iban people. These former head hunters now gladly welcome visitors to their long houses, explain sarbacane (blow-tube) hunting and other rituals before letting them go back to the peninsula with head and shoulders intact. Nevertheless, stunned by jungle, one takes the road to the Cameron Highlands, a high-altitude region much loved by English settlers. In the morning mist, a red telephone booth and endless green tea hills are there to remind you of this.

'Kuala Lumpur and its past. A melting pot of Malay, Chinese, Indian culture infused with Portuguese, English and Dutch colonial influences.'

Situated on the north-western tip of the island of Langkawi, the Datai[...] 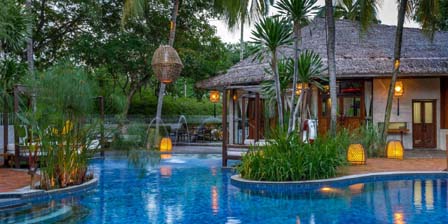 Where To Stay on Tioman Island & the East Coast

The boutique resort of Japamala on Tioman Island[...]