Where does Costa Rica get its name? In this small country, about the size of Switzerland, you find many different cultures : the exuberant Caribbean, the postcard-perfect Pacific ocean, volcanic ranges, the Alpine mountains, primary forests, an equatorial jungle, and Amazon-style wetlands. Not to mention ranches, waterfalls, colonial towns and flourishing valleys where everything grows like a garden of Eden. There is no doubt about it : this country is rich, 'rica', in its variety. Our absolute must-sees.

It would be wrong not to mention the people of Costa Rica. Firstly, the fact that the country doesn't have an army gives you a sense of the place. This means a lot in a place as turbulent as Central America, where conflict has been rife over the past few decades. This is all thanks to the Ticos (the nickname for Costa Ricans) and their almost unbroken adherence to democracy since the country's independence in 1821  The country also abolished the death penalty in 1882. More than a century before the UK . And to top it off, this decision was implemented by a general ! The army budget was immediately allocated to education. The rate of illiteracy in Costa Rica is outstandingly low (2%). This all paints a very positive picture : this is a nation of thoughtful, respectful people, always striving for peace and the preservation of nature. Since they are also Hispanic, the Ticos still have the same easy-going charm you'll find in the rest of South America. Enthusiastic and ebullient, they welcome visitors as friends, having long ago grasped that tourism is essential for Costa Rica's economic independence. 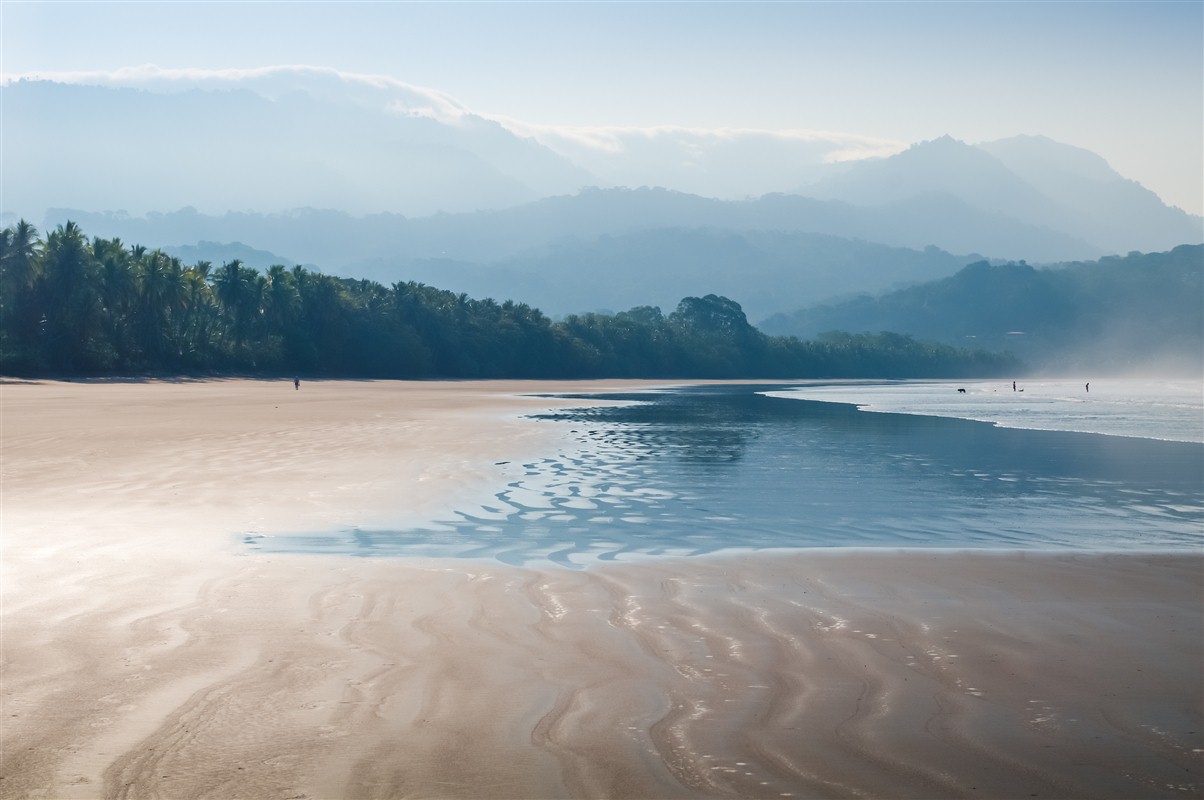 Just mentioning Costa Rica's fabulous scenery wouldn't be fair either. There is a great variety of wildlife, too. And plant life. In fact, 6% of the Earth's bio-diversity is found in Costa Rica, while the country  takes up  only 0.03% of the planet's surface.  The country has a record-breaking 27% of its territory classed as natural reserves. This combination of educated, peaceful people, sumptuous landscapes and exceptional flora has allowed for the development of eco-tourism since the early 90s. A country of true pioneers. 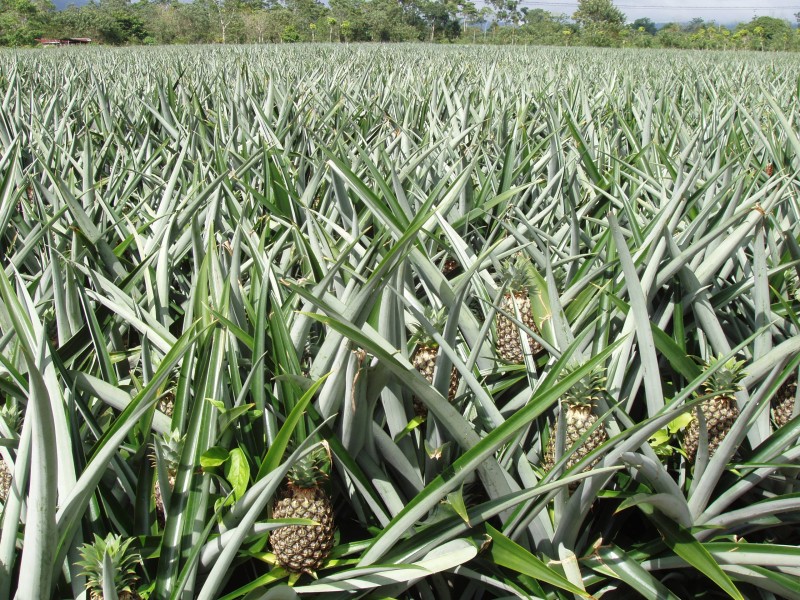 Let's take a closer look at this country where 85% of the inhabitants say they are happy. Their motto, heard everywhere, is : 'pura vida' (literally, 'pure life').San Jose : the mandatory entry point for European travellers. Perhaps not the most beautiful city in Central America, but definitely the one with the most pleasant climate. At an altitude of 3900ft, the weather is always mild. Here, you can visit the Central Market, the Cart Market, the Gold Museum and many others. The national theatre owes much to Sarah Bernhardt (the famous French actress). She supposedly refused to come and play in San Jose because of the city's dilapidated theatre. The owners of the site, clearly stung by Bernhardt's refusal, built this splendid theatre where the diva never set foot. All around the city, the hills shine with the intense green-blue of coffee plantations.

Volcanoes loom over the central valley, including thePoas and Irazu, which, although active, have remained dormant for several decades. The natural landscape is a palette of enchanting shades of green. In this verdant landscape are small villages with their wooden houses painted in bright colours. You can often find colourful old ox carts in back gardens, sometimes real works of art. The churches resemble Mexican missions. At higher altitude, you start to reach craters. In this lunar landscape, the craters contain lakes with green or turquoise waters. From Irazu, on a sunny day, you can see the two coasts of America, the Caribbean and the Pacific. And let's not forget the waterfalls, streams, hot springs, rivers perfect for rafting, zip lines for playing Tarzan, and the orchids of which you can find 1400 species in this little paradise. Arenal volcano , with its perfectly conical shape, is reminiscent of Mt. Fuji. Eruptions are common, making for a spectacular display at night when an orange light illuminates the starry sky and explosions of lava echo through the silence.   At the foot of the volcano, the lake of the same name is a small paradise for fishermen and windsurfers. Monteverde's ever-foggy cloud forest is a kind of fairy tale world, lined with ferns and gunneras (and known locally as 'poor man's umbrellas'), that can shelter an entire family under one leaf. Beautiful streams run through the forest, but the rushing water does not drown out the abundance of animal life in the treetops. Here the animals fly over the canopy, cross the rivers on vine bridges, and jump from tree to tree. If you're looking for a more intimate setting, you may prefer the leafy Rio Celeste park, traversed by a river of an intense blue that inspired a poet to say :  'God cleaned his brushes here after painting the sky. ' To add to the beauty of the location, the river splits with a splendid waterfall and swimmable hot springs. The volcano's three peaks rise over the rainforest, to an altitude of 6, 286ft. Less frequented and off the main roads, the Rio Celeste is a real favourite.

Time to hit the coast ? Caribbean or Pacific side ? Caribbean and Tortuguero, of course. Here you will find a network of canals winding through the marshes, cutting through this incredible half-mangrove, half-Amazonian jungle landscape. Giant turtles also lay eggs on the beaches here in summer. Tortuguero is also a perfect example of Costa Rican flora and fauna. Up in the branches, sloths laze about and howler monkeys leap noisily ; down between the roots the iguanas stir, while tarpons and manatees swim in the water ; all while the caimans watch with a glassy eye. On the shoreline, egrets and herons poke their necks out, while yellow-billed toucans sit alongside green macaws. You might even see jaguars and ocelots. This is a much-visited national park, but also an essential must-see in Costa Rica. Down the coast, you can find American-style  resorts , from small lodges to bungalows with limed walls and palm roofs. The calm sea, a grey sandy beach, pine trees, reggae rhythms and Caribbean charm make for a seductively simple recipe for holiday happiness.

"The vegetation is an explosion of enchanting greenery. Visit small peaceful villages with their wooden houses painted in bright colours."

Then there's Pacific, and the Osa Peninsula. Before diving into the ocean's rollers there is one must-see : Manuel Antonio Park. The park, although admittedly immensely popular and often crowded (it is the smallest park in the country), is incredibly beautiful. You can find the most wonderful beaches on either side of a sublime peninsula of lush vegetation home to cheerful monkeys. We just can't get enough of national parks. Further afield  you will find one dedicated to the quetzal. The feathers of this splendid bird were used to adorn Aztec coats. You'll find them in avocado trees, where they eats the fruit and spit out the stones. And finally, to the south west. Baia Drake and the beautiful Golfo Dulce. Far from the crowds, you can experience old-fashioned 'pura vida' in Costa Rica with thick jungles bordering the crystal clear ocean and peaceful fishing villages dotted along the shoreline. The Corcovado National Park is reachable by boat, and is the quintessential Costa Rican national park, without hordes of tourists. Nearly all of the native fauna can be found here, including colourful birds and leaping howler monkeys, coming together for one cacophonous chorus.  Off the coast of the Baia Drake whales and dolphins jump and play in the waves. In Pavones surfers will find one of the best waves in the world and can sit on the beach waiting for The Big One, a can of (delicious Imperial) beer in hand and weather forecasts and swell reports on the smartphone. You can enjoy beautiful sunrises on the Golfo Dulce, named after its calm climate, sheltered from the wind. You can also find the most gorgeous sunsets over the ocean, to the West. Between the two coasts : ' pura vida ', as they say. Pure life. 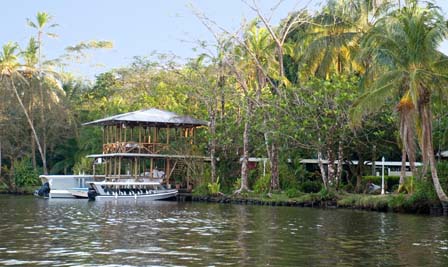 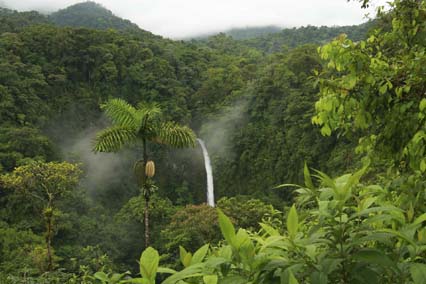