Q: The ultimate in unusual holiday destinations? A: Georgia. This is the fourth instalment of our five part blog series about the undiscovered nation...

I had by now become completely addicted to tarragon juice, a Georgian drink that tasted and looked exactly as the Georgian countryside - neon green and effervescent. It would appear at every meal and I wondered how I might be able to find some back home. But as with most things we savour in other countries, I find that they rarely translate on return and decided that supping fizzy tarragon juice in London would probably amount to a disappointment.

We were still headed west through green and fertile valleys, but soon turned north and made for the majestic Svaneti region, a mountain range where peaks reached over 5000 meters. The road wound up through steep canyons and into narrow dripping tunnels cut into the mountains, and we stopped to walk onto a high fragile narrow bridge that hung suspended over the thunderous River Jvari. Crystal clear waterfalls tumbled with snow melt through cracks in the mountainsides and I felt my ears popping as we continued going up through ever increasingly dramatic surroundings. Soon we reached the lower valleys of the Svaneti range, where cows pulled ploughs with the aid of swarthy men in roadside fields, and huge hogs ambled out of hedges, often accompanied by a train of piglets. And then, the town of Mestia appeared - dominated by a forest of 9th Century defensive towers and nestled beneath the jagged peaks of Mount Ushba.

Mestia, home to the Svan people

This small town is the starting or finishing point for many hikes and treks into the mountains beyond. It's home to the Svan people, who speak a dialect and eke out an existence through the land, having done so since the Middle Ages. They are strong, hearty mountain people renowned for brewing a firewater called 'Chacha'. They are also known for observing a number of semi-pagan rituals and festivals that date from Roman times, and include the slaughter and sacrifice of animals.

These people are now better connected to the rest of the country after a new road was built and completed two years ago. Our journey takes only three hours, whereas previously it would have taken a gruelling, bone-crunchingly dangerous drive of eight hours, and few did it unless necessary. The road has opened up this beautiful area to tourism now, and the villages are benefitting from it; however, downsides include an increase in logging which has in turn created more avalanches, loss of life, and people abandoning their mountain homes for the towns and cities in the lower valleys.

Life is tough here, and it must be brutal in winter. However, the clear mountain air and cheerful good nature of the people gave the place a welcoming and appealing atmosphere. Turning off the main street, I plunged into cobbled alleyways full of cattle and pigs, people chopping wood in yards and dogs barking.

Early the next morning I got up to walk out of the town. It was cold and an ethereal mist tinged with blue hovered over the towers and houses, creating a medieval atmosphere. The opportunities for exploration are endless here and the town is really geared up for it, with great guides, great routes and plenty of hearty food to keep you going. My hotel was warm and comfortable, with a little bar and restaurant, and after only one night it was difficult to tear myself away for the journey back to Tbilisi.

For more information on tailor made trips to Georgia, contact Original Travel. 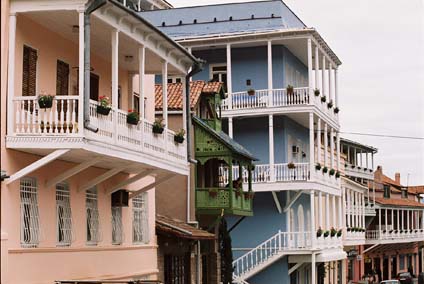 Q: The ultimate in unusual holiday destinations? A: Georgia. In the first instalment[...] 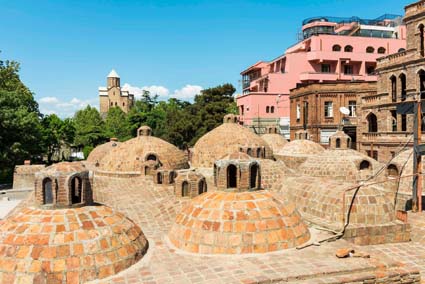 Georgia: Back to Tbilisi via Batumi (Part 5)

The ultimate in unusual holiday destinations, and following on from part four, this[...] 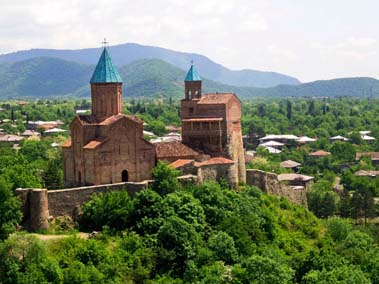 Imagine the landscapes of New Zealand combined with the Spanish Pyrenees, the Alps[...]