Ecuador and the Galapagos Islands - The Perfect Combo!

Ecuador and The Galapagos Islands are like bread and butter, strawberries and cream, Posh and Becks...You get the picture: they make a damn good couple, and a damn good basis for a bespoke holiday in Latin America.

The duo have long been favourites of Original Travel's, so much so that we have added a few more exclusive trips to our repertoire from Metropolitan Touring. Better still, there are some fantastic offers up for grabs, exclusive to Original Travel when you visit Ecuador.

Get curious in Quito

The three new itineraries have fixed departures and slightly different routes, taking in the culture of Ecuador and the wildlife of the Galapagos. All, however, begin at Casa Gangotena in Quito - the capital of the smallest Andean country, and the second highest capital in the world. Located in Plaza San Francisco, a cobbled square with a history stretching back to Inca days, Casa Gangotena is the perfect base from which to explore Quito. Spend a few days in Quito, in particularly wandering around its colonial quarter, which is home to spectacular art and architecture, from the Presidential Palace to the impressive Monastery of San Francisco - one of the great religious buildings of the New World. The itineraries also include a trip to the Equatorial Monument, which is - quite literally - the middle of the world.

Having explored Quito, it's all aboard the M/V Santa Cruz, heading for the Galapagos Islands, which are some 600 miles off the Ecuadorian mainland.

For those who wish to stay on dry land for a bit longer, two of the three itineraries take a slight diversion to Mashpi Lodge before advancing on the archipelago. A brand new luxury lodge in the biodiverse hot spot of Tumbez-Chocó-Magdalena, Mashpi is ideally located for exploring the Andean Cloudforest. We particularly recommend taking a ride on the Aerial Tram, which allows guests to get right up in the canopy.

The cruise itself lasts between four to five nights, taking in the best of the Galapagos, from the wildlife to the various excursions on offer - and makes for a truly unique holiday. M/V Santa Cruz has just had a major re-vamp, and the range of activities that the ship can organise has also expanded. Now, guests can go trekking in the highlands, bike to a secluded beach and walk to Tortuga Bay for kayaking (or just to relax). Other highlights include Buccaneer Cove, which boasts a plethora of marine birds, sea lions and spectacular natural rock formations, such as the Elephant Rock, the red beach on Rábida Island where dolphins are often spotted, and Darwin Bay. A birdwatcher's paradise, the latter is the homing ground of frigate birds, red footed and Nazca boobies, gulls, herons, finches and mockingbirds, to name just a few.

And find a finch, which shouldn't be too hard on Santa Cruz Island. At the end of the cruise, stay at Finch Bay Hotel on Santa Cruz Island. Named after Darwin's famous finches, the eco-hotel is only accessible by boat and guests are truly immersed in nature - with an added touch of luxury in the form of a swimming pool and Jacuzzi. 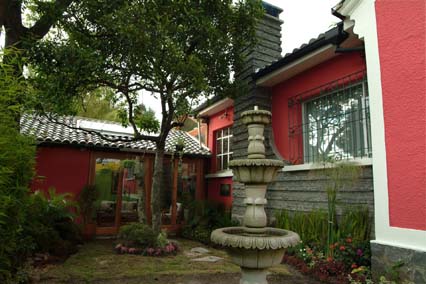 Luxury Hotels in Quito and The Highlands

Just over an hour from the capital Quito, the Hacienda[...] 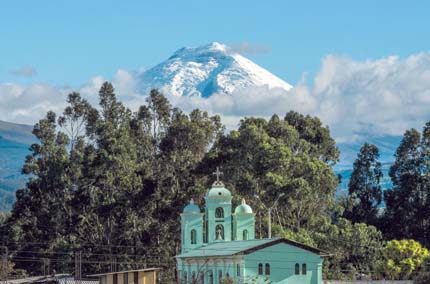 Climb the 'Neck of the Moon'... Contrary to popular belief, Ecuador is more than just[...] 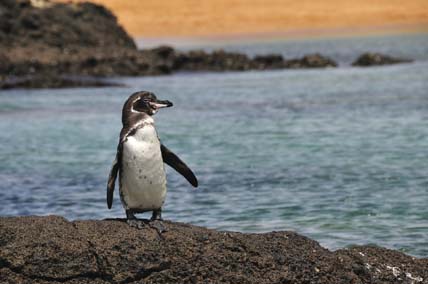 A Client View... Sailing through the Galapagos Islands

Consisting of 18 volcanic islands and home to a rich variety of marine and land creatures[...]